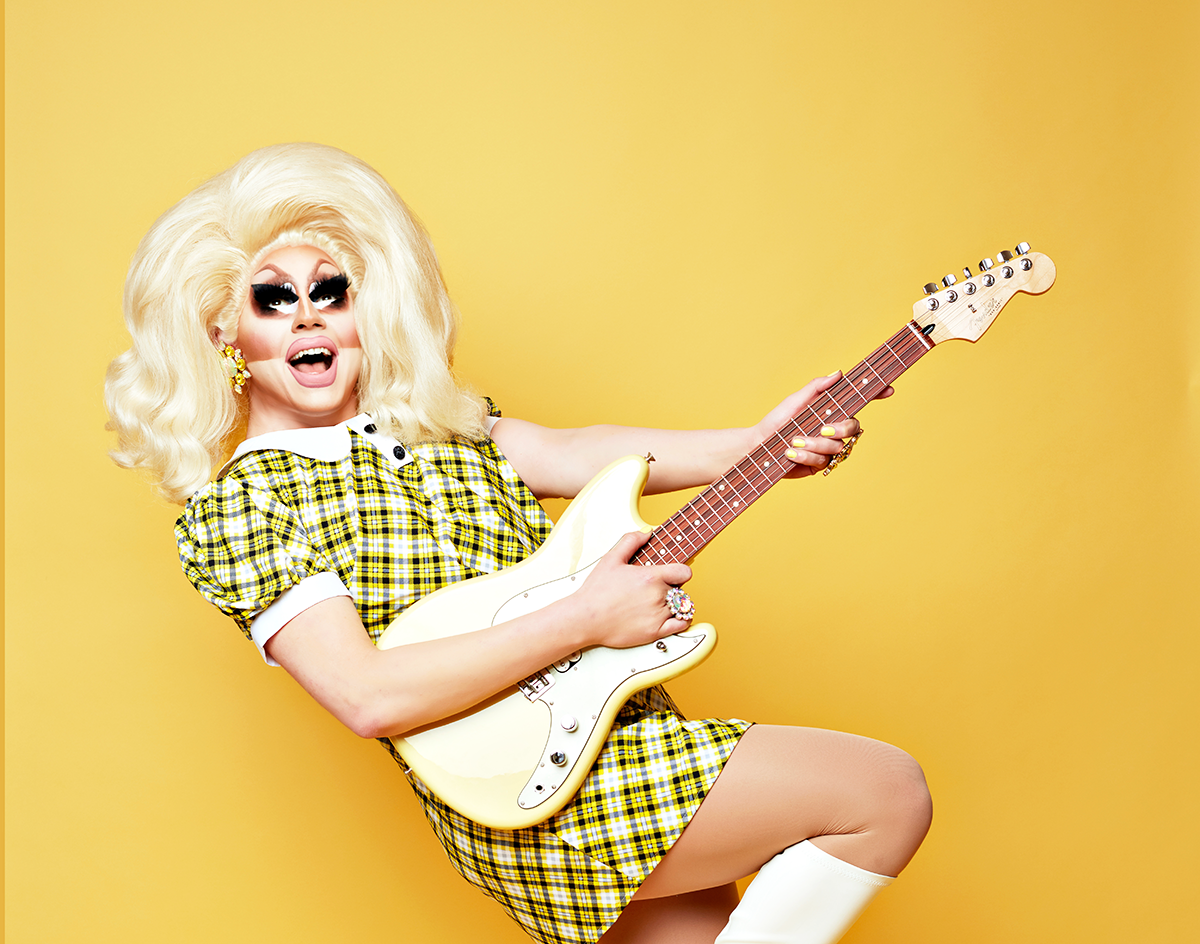 Float Through Yellow Clouds With Trixie Mattel, Embark On A Jazz Odyssey With Kamasi Washington And Collide Spirits With Devin Townsend. Plus More!

Happy International Women’s Day! It only took over a century, but female characters are beginning to get their due in American film.

The Geena Davis Institute on Gender in Media released its latest study on the representation of marginalized groups in film and found that female lead characters are finally just as common in top-grossing family films as male lead characters. For the purposes of the study, “family” films are any major release rated G, PG or PG-13, which  might be the only definition by which Ford V. Ferrari counts as family entertainment beyond “your dad’s favorite movie last year.”

The percentage of female leads in family films doubled between 2007 and 2019, jumping from 24 percent to 48 percent.

Female characters now account for 39.2 percent of speaking time and 42.6 percent of screen time in family film, which still isn’t on par with that of male characters, but is the highest these percentages have been since 2007.

Despite this progress, there is still a long way to go before Hollywood achieves true gender equality on-screen. The study points out that female characters are six times more likely than male characters to be shown in revealing clothing. Even more damning, women of color are still under-represented in leading roles, despite films with diverse leads like Hustlers becoming major successes at the box-office.

Which shouldn’t come as a surprise being that diversity really does make a culture much more meaningful to a wider audience, and Dallas is a prime example of that.

Every week, artists from all walks of life gather in the area to present their artistic visions, share their experiences, or even just goof off with like-minded peers. Below are some of the most exciting examples of that happening in town this week. — Daniel Valdez

Will You Accept This Rosé at Texas Live
Fans of The Bachelor, aka the most romantic show on television where people are definitely looking for love and not 15 minutes of fame, can stream the season finale at Texas Live with other diehard fans of the franchise. — Nikki Johnson-Bolden

Avoid at J&J’s
Since signing to Revival Records in 2018, Avoid the Void has had a bit of a revival themselves. The name change to just AVOID as well as a new heavy rock sound, the band has been able to gain enough traction to headline a tour for its latest album release “Alone.” — Mason Geear

My Favorite Murderino at Single Wide
Fans of the true-crime comedy podcast My Favorite Murder can meet up with fellow “Murderinos” for themed drinks like “Corpse Reviver” cocktails and “Fuck Politeness” shots. Like the show’s hosts Karen Kilgariff and Georgia Hardstark say, stay sexy and don’t get murdered. — DV

Outward Bound Mixtape Sessions: Amy Annelle at RBC
Amy Annelle, a folk/Americana singer-songwriter based in Austin, is the definition of a traveling musician. In her 20 years of experience, she has lived in countless places, sharing stories of the communities she has made home. — MG

Devin Townsend at Granada Theater
Progressive-metal virtuoso Devin Townsend made a name for himself with his now-defunct project, Strapping Young Lad. But, if the accolades of his latest solo effort titled Empath are of any indication, his best work is far from behind him. — Garrett Gravley

The Acacia Strain at Gas Monkey Bar N’ Grill
Apocalyptic metal band The Acacia Strain is on tour for its latest release, It Comes in Waves, an EP that features one worded song titles that creates the longer collective phrase of “Our only sin was giving them names.” — MG

Uniform + The Body at Three Links
Fresh off a tour with Boris, New York noise rock band Uniform will be hitting the road with Rhode Island-based experimental metal outfit The Body. This isn’t a co-headline package, either – the two bands will literally be playing on stage together, just as the latter did with Full of Hell. — GG

Mago De Oz & Liran Roll at House of Blues
If you’re into metal and Celtic music, then this is a show you won’t want to miss. Spanish-folk band Mago de Oz has been around since the early ’90s, and it doesn’t seem like this band plans on stopping that train. Liran Roll joins them this time around. — Natalie Bermudez

Gutter Demons at Three Links
This Montreal-based group classifies itself as “Psychobilly,” and good, as the music is an odd fusion of heavy rock, rockabilly, and country. — MG

Bambara at Ruins
This gloomy post-punk outfit’s use of lo-fi synths and monotonic vocals are a perfect soundtrack to a bad day. If you have a lot of pent up melancholy, this is the band for you. — MG

Sir Mix A Lot at Lava Cantina
Sir Mix A Lot is bringing “Baby Got Back” back to The Colony for a sequel show at the Lava Cantina. There isn’t much else to say about this one hit wonder, except that he’s made over $100 million on the royalties from the one song alone. Being the sole publisher will do that. — MG

KAINA & Sen Morimoto at Ruins
This Latina singer from Chicago is influenced by Motown and rock & roll, which makes for a unique, edgy R&B sound. — NJB

Midnight Memories: One Direction Night at House of Blues
Relive the golden era of One Direction fandom by dancing the night away to the boyband’s best tracks. — NJB

All-Con XVI at Crowne Plaza Hotel
The DFW Metroplex has become a mecca for nerd-dom thanks to conventions like this. Among this year’s events include a reunion of the original Battlestar Galactica cast, an escape room, a pre-con pajama party, and plenty more. — DV

Sunset Sessions at The Rustic
Do214 and Karbach Brewing are teaming up for this free show featuring the soulful duo of Sam Houston and BLK Odyssey. The Photo Bus will be providing a photo booth because, it’s 2020, every event needs a photo booth. There will also be an onsite raffle benefitting the Texas Parks & Wildlife Foundation, the organization that ensures we still have, well, parks and wildlife. — DV

Avengers Assemble at Dallas Museum of Art
If you still need your nerdy fix, the DMA has got you covered with this Avengers-themed night of activities. Unlike Endgame, this event won’t be split up into two parts. — DV

Call Me Karizma at Deep Ellum Art Co.
This emo-rapper asks you to call him Karizma, another fitting name would be “the gloomy love-child of Hobo Johnson and Blackbear”. — DV