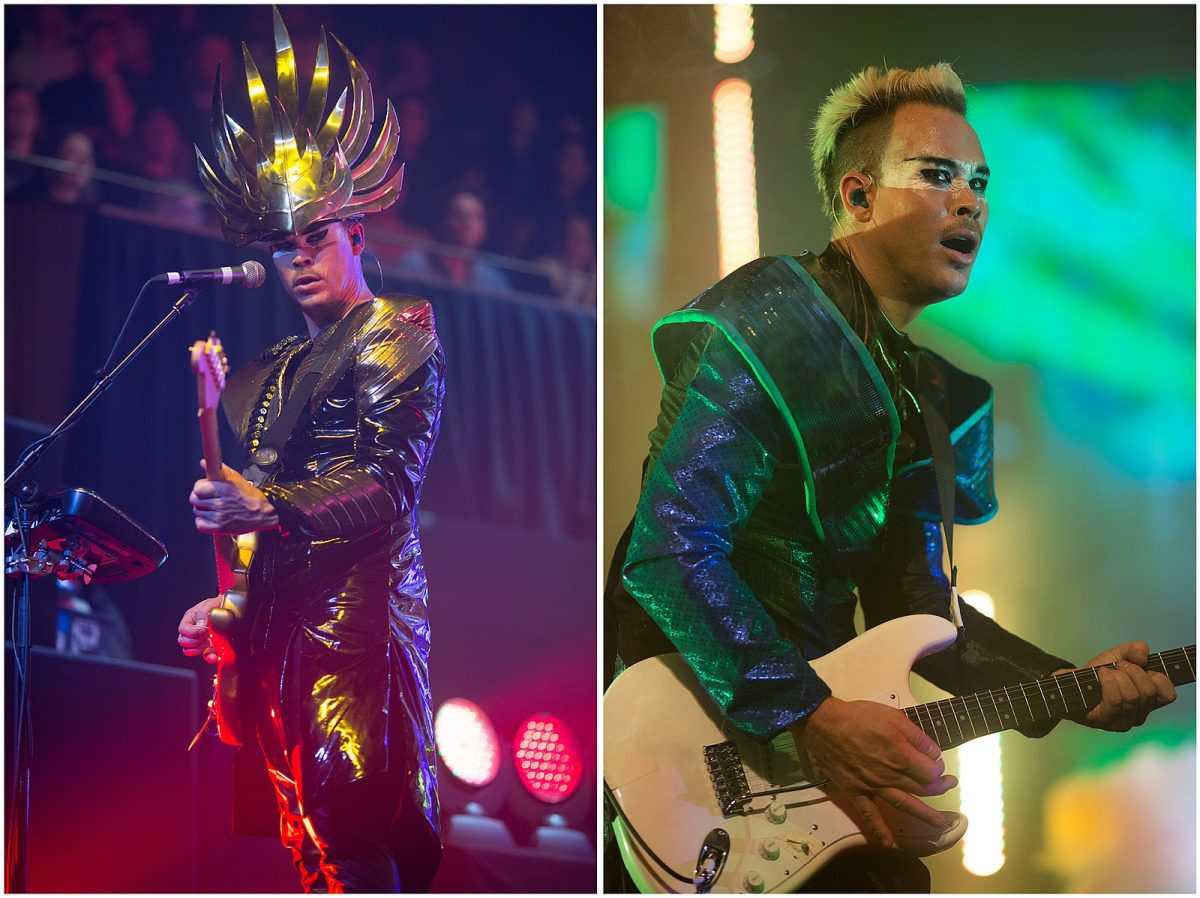 Celebrate A Decade of Walking On A Dream With Empire Of The Sun, Watch The Women’s Soccer World Club With Legends, Take A Trip To Paris With Dior & More.

A lot happened in Dallas over the weekend.

First, your mailbox should get a little lighter, because the mayoral election is finally over. Eric Johnson is officially the mayor-elect of Dallas after defeating his runoff opponent, Scott Griggs.

In more upsetting news, a storm came and went through Dallas in what felt like the blink of an eye, but not without causing damage all over the city, leaving many in Dallas without electricity, resulting in the death of one person and several others injured from the collapse of a crane.

Not exactly the kind of news you like to hear heading into the week. We’re wishing those affected by the storm — in any capacity — good thoughts and a full recovery.

Maybe you can take your mind off the bad news for just a little bit with all of the things to do in Dallas in this week. — Alec Spicer

Anberlin at House of Blues
The Florida-based alternative rock/emo outfit is coming through our neck of the woods for the first since reuniting last December. The band apparently doesn’t like to be called “Christian rock,” but they didn’t say anything about being called “one-hit wonders,” so we’ll stick with that label for now. — Garrett Gravley

The Play That Goes Wrong at Winspear Opera House
Ever been to a play where the set falls down and an actor gets knocked out on stage? Want to? Great news: you have through Sunday, June 16 to do it. This hilarious English play is an expertly performed farce — think Monty Python meets The Three Stooges with a little bit of Clue. — Travis McMillan

Empire of the Sun at House of Blues
Empire of the Sun celebrated the 10-year anniversary of its debut album Walking on a Dream, and are apparently touring one year too late for some reason. Either way, the electronic duo behind hits such as “We Are the People,” “High and Low” and the title track of Walking on a Dream have paid its dues and are beyond the need for an excuse to tour at this point. — GG

Belphegor, Dark Funeral at Gas Monkey Bar N’ Grill
Bring forth metal. The Devastation of the Nation tour with Belphegor and Dark Funeral have come to Dallas to melt your face off! — TM

Friendship at Club Dada
Three years after its hit single “Capsize” hit over 500 million streams on Spotify, the electro-pop outfit Frenship has finally dropped its debut album, Vacation. It’s only right to follow up Frenship’s immense success with a tour. — Jessika Hardy

The Dangerous Summer at Prophet Bar
This emo-pop band from Ellicott City, Maryland is set to release its fifth album, Mother Nature, after its stop at The Prophet Bar. This comes almost a year and half after its previous self-titled album it recorded while guitarist Cody Payne was in prison for a felony stemmed from a burglary conviction. Hmm. — SSV

Anderson Paak at The Pavilion at Toyota Music Factory
The California-based rapper, R&B singer, producer and Grammy winner Anderson .Paak made a splash in 2016 with his second studio album Malibu, and sustained the hype in 2018 with his follow-up LP Oxnard. He is slated to release his fourth full-length, Ventura on April 12 of this year, and will be hitting the road in support of it. Joining him for this date is a stacked lineup of openers in Mac DeMarco and Thundercat. — GG

Jamila Woods at Deep Ellum Art Co.
There’s a camaraderie in the Chicago rap scene, and this is most evident by the features younger Chicago artists hopping on with the more established ones. Jamila Woods is no exception to this. The soul singer was featured on Chance the Rapper’s “Sunday Candy” and “Blessings,” and collaborated with Chance, Noname, Kweku Collins and Saba on her debut album HEAVN, which Pitchfork ranked as the 36th best album of 2016. — GG

Culture Abuse at Dada
These Epitaph Records signees are embarking on their first tour since last year’s Turnstile and Touche Amore co-headlining run. They also publicly beefed with Skrillex a couple years ago. — GG

Chon at Gas Monkey Live!
This San Diego progressive rock band has continued to redefine their hybrid of math rock and heavy electronic since its start in 2008. They also just released their self-titled third album, CHON last week. There’s no better time to see a band than when they have a ton of new music to perform — that’s just like, the rules of music.  — SSV

Metalachi at Andy’s Bar (Denton)
Hailing themselves as the world’s only metal mariachi band, Metalachi take classic rock songs like “Sweet Child of Mine” and “Bohemian Rhapsody” and meld them together for one-of-a-kind sound. — TM

Dior: From Paris to the World at Dallas Museum of Art
Dior is brining France to Dallas in its latest exhibit, “Dior: From Paris to the World.” The collection, which is on exhibit at the Dallas Museum of Art, captivates Dior’s legacy and other fashion icons who have been inspired by the designer’s work. Browse through hundreds of couture pieces, sketches, and more — it’s any fashion lover’s wet dream. — JH

Demun Jones, Adam Calhoun at Gas Monkey Bar N’ Grill
Country music artist and rapper Demun Jones is cooking up what should be an interesting performance at Gas Monkey Bar N’ Grill with his latest release, The Oven. Jones will also be joined by controversial country rapper Adam Calhoun, whom he collaborated with on their 2019 EP, Crazy White Boy. — TM

Alex Di Leo at J&J’s Pizza (Denton)
Escape from day-to-day life with this Nashville-based artist who aims to melt your trouble away and inspire you to live fearlessly with his indie-pop sound. Apparently the 22-year-old singer-songwriter gets a lot of his motivation to write new melodies when he travels to new places. Maybe we’ll hear a song about J&J’s pizza after this tour? — SSV

Sim Williams at Three Links
Hailing from across the pond, Sim Williams began as a punk rock guitarist playing in punk rock bands across the U.K. But in 2015, his songwriting took a turn when he began to mix his punk rock past with an acoustic sound that brought out a more intimate version of his inspiration. You know what that is? Growth. — TM

Heatherly at the Box Garden at Legacy Hall
Singer-songwriter Heatherly brings her light and melodious tones to Legacy Hall, performing music from her 2018 album Behind that Beautiful Sound. — TM