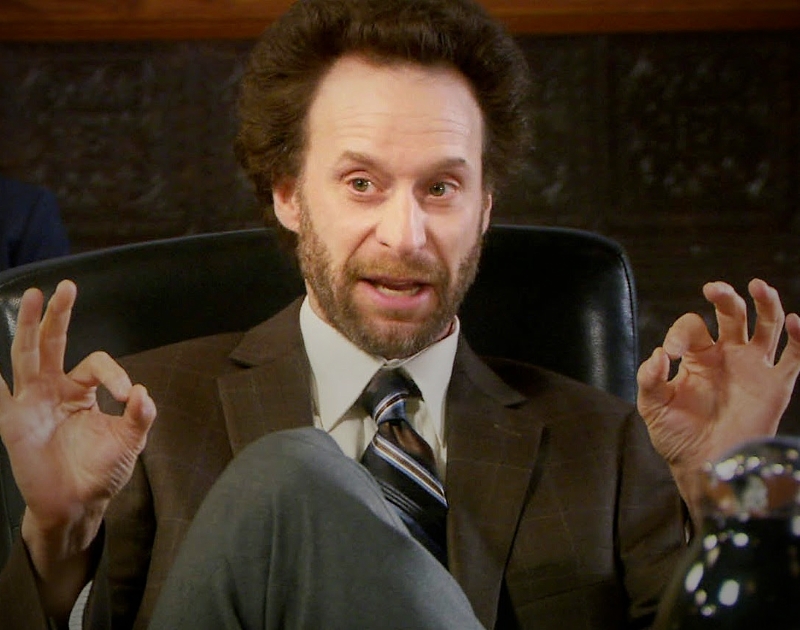 Take of Montreal to Outback, Get Jammed by Jon Glaser, Put Baby in the Corner at Sundown, Draft a New Cowboys Player, Pair Your Dinner With Some Whiskey and More.

In order to find out the likelihood of two Skittles packs having the exact same distribution of flavors, one man spent more than three months, buying, sorting and photographing the candy.

It took 478 packages before he found two with the exact same number of each colored candy. Meaning he only had to sift through 27,740 individual Skittles. For no real reason, really.

That sounds like a lot of time to spend on a project that doesn’t really progress science forward in any major way. Guessing he was probably just really bored.

But you don’t ever have to be that bored. We’ll always help you find things you can do instead of collecting and counting thousands of candies. — Cory Graves

of Montreal at Trees
Polyvinyl signees and members of the Elephant 6 collective return to their normal stomping grounds at Trees, with frequent tourmates Yip Deceiver opening. — GG

U.S. Girls at Dada
You probably saw the band’s In a Poem Unlimited on a few “best of 2018” year-end album lists. That is completely justified. — GG

The Book of Gabe at The Wild Detectives
Written and performed by Isaac Young, The Book of Gabe is “a reminder of how sweet it is to be human.” It’s a comedy that uproots everything we think we know about God. And we come across it all by the angel Gabe, whom recently got fired by God, and has returned back to earth to set the record straight. — Mira Scott

Telekinesis, Sontalk at Ruins
After a trio of analog power pop LPs under the Telekinesis moniker, Michael Lerner was looking to do something different for his fourth go-round. His recently released fourth LP for Merge Records is a rather convincing bit of ’80s pop. Or, as his own press release so pointedly puts it: “In the movie version of the story, Lerner would stumble on his way down the stairs, hit his head, and wake up in 1983, and the only way he could get back to the present day would be to make a record using available instruments. Then he’d wake in 2015 to discover he’d been in his basement studio all along.” — CG

Postmodern Jukebox at The Theatre at Grand Prairie
Pianist Scott Bradlee’s rotating music collective Postmodern Jukebox has amassed 1 billion YouTube views over the years by playing contemporary mainstream hits in jazz/swing/ragtime arrangements. I know what you’re thinking – “Didn’t Richard Cheese do something similar?” Yes, but he did it before YouTube, and unlike Postmodern Jukebox, he didn’t take himself seriously in the process. — GG

All About Eve at The Magnolia
In this kind of life, sometimes it’s all about who you know and not what you know in order to succeed. Eve Harrington knows how to do just that. In order for Eve to rise to the top of the theatrical heap, she shows up in the dressing room of Broadway mega-star, Margo Channing, weaving about a melancholy life story. Margo takes pity on her, hires Eve as her personal assistant and this classic 1950 story takes flight from there. — MS

Jon Glaser at Sons of Hermann Hall
Comedian Jon Glaser (no relation to Nikki Glaser) cut his teeth as a writer for Late Night With Conan O’Brien. In addition to hosting his own show, Jon Glaser Loves Gear, he has also starred in films/TV shows such as Parks and Recreation, Curb Your Enthusiasm, Girls, Bob’s Burgers, The Dictator and more. — GG

Stone Soup at The Wild Detectives
This poetry group peer workshop is here for advice, tweaks, reassurance and constructive-criticism. It is worth the reminder that this is a workshop format and not a performance. — MS

Connan Mockasin at Deep Ellum Art Co.
This is Connan the New Zealand psychedelic pop artist, not Conan the doom metal band from Liverpool that’s also in town this month — nor, it bears repeating, the barbarian. Or the talk show host, for that matter. — GG

Perturbator at Trees
Perturbator, the project of French industrial/synthwave artist James Kent, recently released a collaboration with HEALTH, and was announced as one of many performers for the 2019 installment of Psycho Las Vegas. He performed the festival back in 2017 with this guy named John Carpenter, and went on his first tour that year. — GG

Melissa Etheridge at Toyota Music Factory
The outspoken political activist, and Grammy-winning heartland folk legend, behind hits such as “I’m The Only One” and “Bring Me Some Water” brings Liz Phair on the road this spring for a tour that stops through Irving. — GG

Dirty Dancing at Sundown (Free)
Each and every Wednesday night, Sundown at Granada hosts a free movie night on its rooftop patio. This week they’ll remind us what part of the room we’re not supposed to put Baby in. — MS

Nowitzki: The Perfect Shot at Texas Theatre
Don’t be sad that Dirk Nowitzki’s career came to a close, be happy that it happened. Nowitzki is one of the greatest athletes of all time. He paved the way for many of the seven-footers who started their career after him. Look back on his legendary career with this documentary about his rise through the NBA. — MS

Smino at Trees
The hip-hop/R&B artist and founder of the Zero Fatigue collective/label toured with the likes of SZA, T-Pain and Mick Jenkins. Pitchfork said of Smino, “His default singing voice – which he uses to rap as well – is weightless and honeyed to the point that it’s hard to tell if he’s in a falsetto.” — GG

Spamalot at Majestic Theatre
“Lovingly ripped off” from the 1975 film, Monty Python and The Holy Grail, this madcap musical revolves around King Charles venturing off to recruit his Knights of the Round Table. Once King Charles and his entourage reach Camelot, they receive a charge from god to find the holy cup they seek. And this is where the quest – and silly songs — begins. — MS

Stravinsky’s The Firebird at Meyerson Symphony Center
The Firebird is the first work of art from musical genius, Igor Stravinsky. Point, blank, period. An enchanted tale that has captivated generations, you can experience The Firebird performed in full by the DSO, under the dynamic conductor Fabien Gabel, for the next four days. — MS

Cayucas at Legacy Hall (Free)
Legacy Hall in Plano has been host to a handful of free shows worth checking out, and they continue down that trajectory with Santa Monica surf pop band Cayucas. Remember back in 2012 when that was a big deal? – GG

Draft Day Parties at The Star
Don’t come to laugh when you cover the NFL draft. But do come to the Dallas Cowboys’ headquarters in Frisco for free parties that include free parking, current members of team, Dallas Cowboys cheerleaders, Dallas Cowboys Rhythm & Blue and team mascot, Rowdy, plus games and other activities. Somewhere in there we’ll also find out the newest members of the squad. — MS