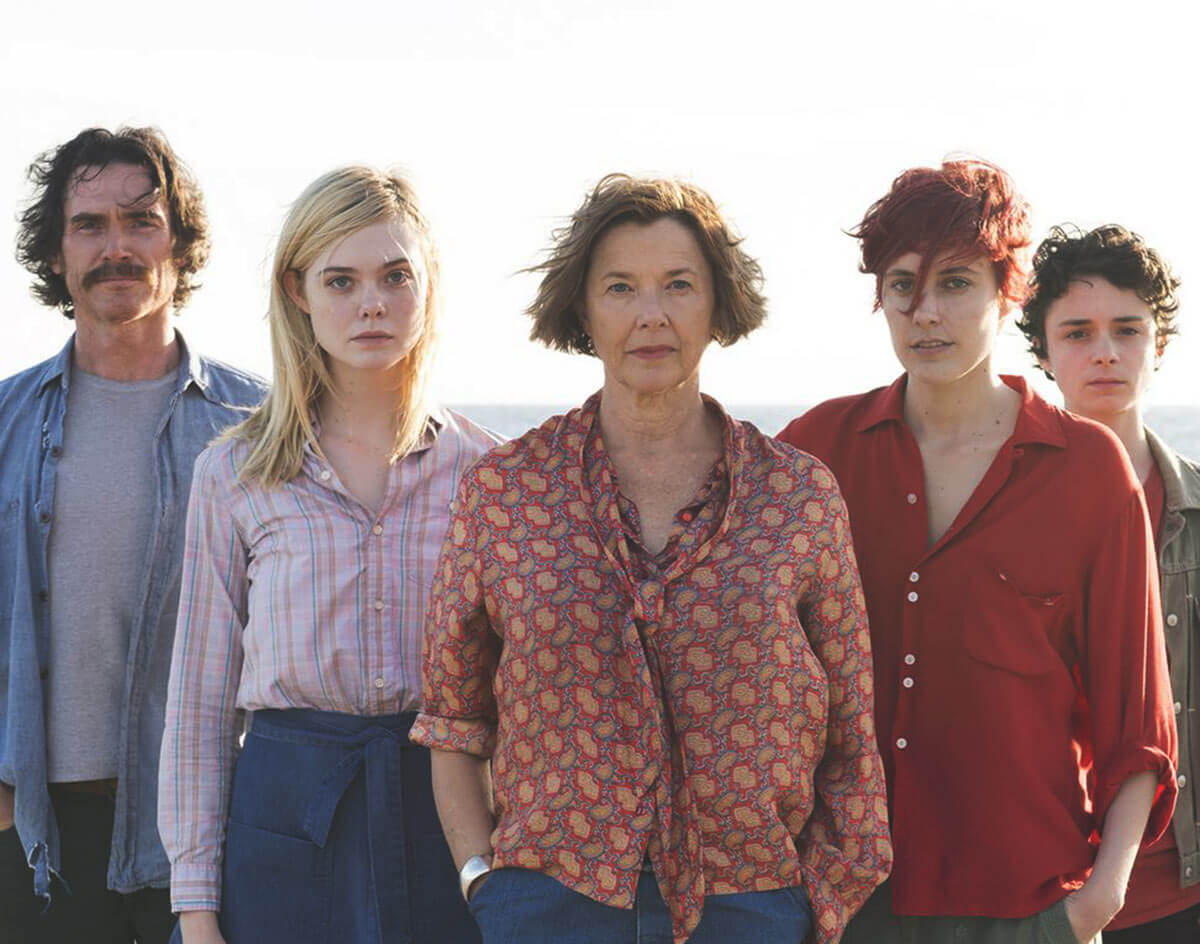 It’s been five long years since Mike Mills released Beginners, one of my all-time favorite movies. Now, armed with another heartfelt and often hilarious script, some pitch-perfect performances and a distinct style, it’s clear that the wait was worth it.

While Beginners was a tribute to Mills’ father – who came out as a gay man in his 70s – 20th Century Women is an homage to his independent, thoughtful and loving mother. Annette Bening gives what I think is the best performance of her career as Dorothea, a single mother in her 50s who faces the eternal parenting struggle: How much do I protect my children to make sure they don’t get hurt? How much do I let them experience, knowing they’ll eventually get hurt?

After her son (Lucas Jade Zumann) has a near-death experience, she enlists two of her tenants (Greta Gerwig and Billy Crudup) and his lifelong friend/unrequited love (Elle Fanning) to teach him what they’ve learned over the years, so that he might have a fuller experience — or that he might, at the very least, listen to them if he won’t listen to her.

Plot-wise, there’s not much more to it than that. Thankfully, the cast fleshes out their characters as much as possible. (In a rare event, this movie could have added another hour and been that much better.) Each one has their own wisdom to impart, even if they have their own glaring weaknesses they can’t help but pass on, too.

Just like Beginners, there’s so much beauty in the conversations that the characters have here — discussions about death and sex and vulnerability. Visual montages – Mills picked this trick up from years of working in commercials and art installations – pepper the film, adding to the larger story. Narration (including of future events we’ll never see) from each character is just a cherry on top.

But this is Bening’s show through and through. Dorothea is a study in contradictions. Even when a character describes her to a T, she denies that anyone younger than her could possibly know what she’s feeling. And during a raucous dinner scene, her liberal sensibilities are tested, as she can’t help but hide the mix of awe and horror as the people she’s entrusted to help raise her son openly talk about menstruation and sexual technique in front of her guests.

20th Century Women still might be a little too quirky for some, but, on the plus side, there’s no talking dog here like the one that followed Ewan McGregor around in Beginners. It’s another step forward for writer-director Mills, and an acting showcase for Bening, who like Dorothea, has never quite gotten her due.