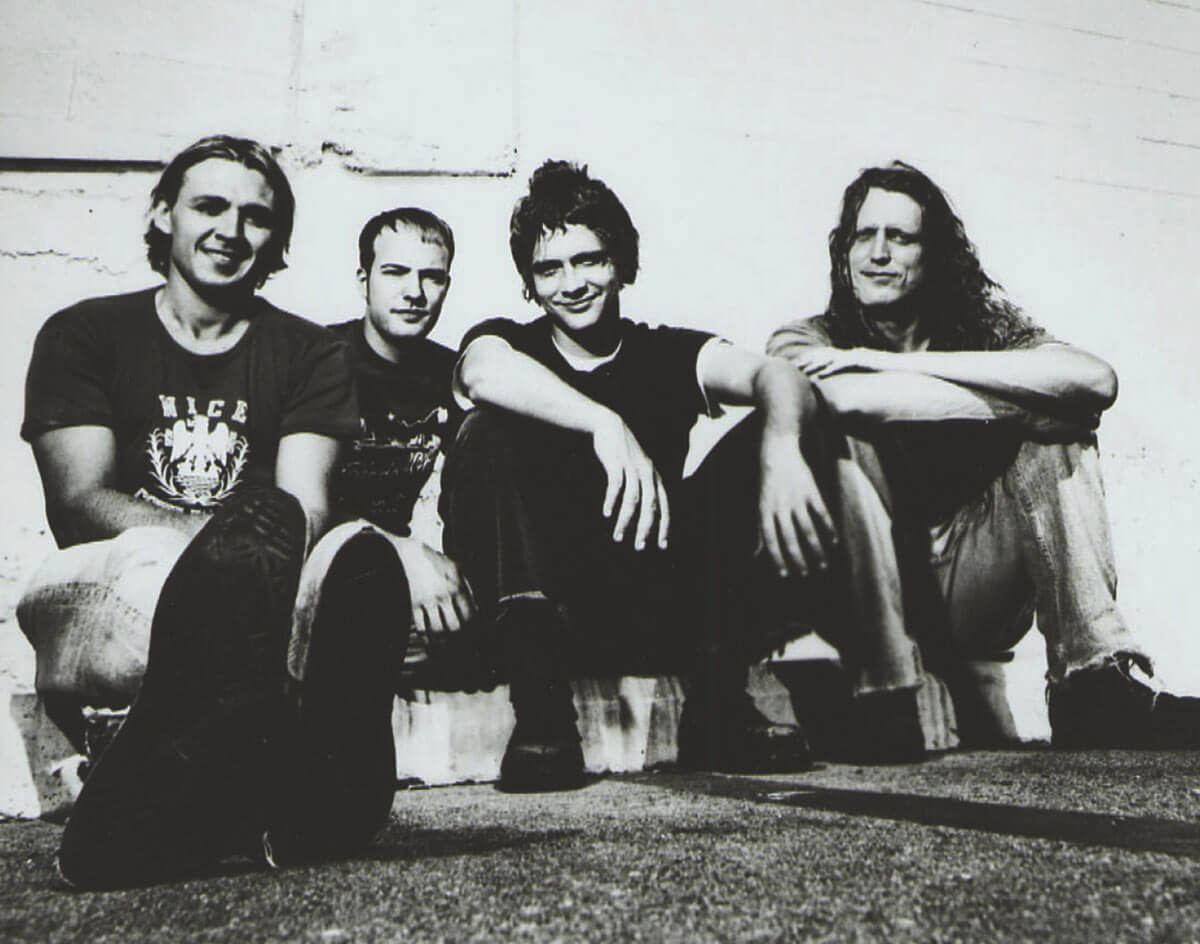 This Week, Tripping Daisy Hit Like The Atom Bomb.

The biggest story of the week? C’mon, you already know: It was the announcement that Tripping Daisy would be reuniting after 17 years away to headline the 2017 Homegrown Music & Arts Festival.

So, yeah, Tim DeLaughter’s pre-Polyphonic Spree name-maker was the buzzing-est act of the week. And, given the time the band’s been away, it is of course its first time atop our weekly local music power rankings list, which we’ve been compiling for going on five years now.

Coming in a close second is the Old 97’s, who also announced a return of sorts. In their case, it was that the band’s namesake County Fair festival, which is a sister fest of sorts to Homegrown, will be coming back for a second year, with them sitting atop the lineup once again, as expected. Jonathan Tyler, Vandoliers and the Texas Gentlemen are also playing that deal.

Then there’s Kacey Musgraves, who comes in third this week. She’ll be headlining this spring’s Texas Music Revolution festival in Plano, and she’ll be joined there by Paul Cauthen, Zane Williams and, once again, those Vandoliers boys.

A little ways down the list, Snow Tha Product too makes an appearance thanks to a festival announcement, as she’s the only local so far confirmed to play this year’s JMBLYA festival. 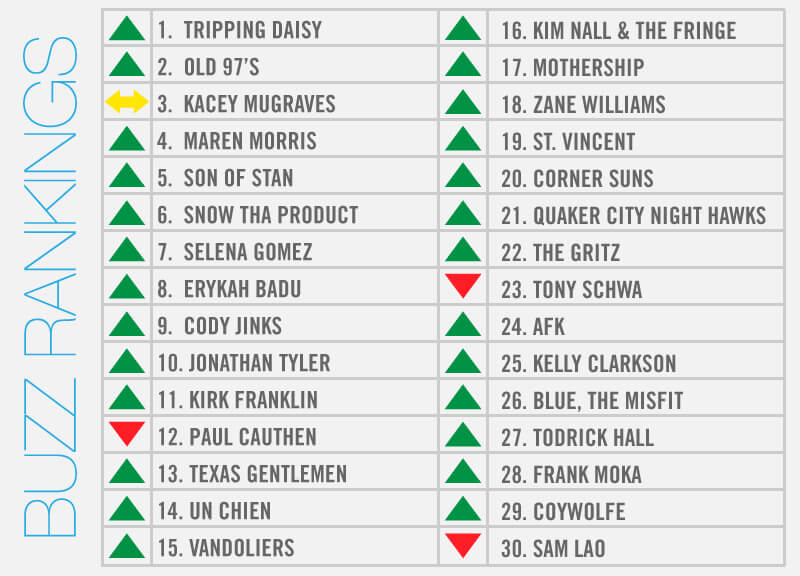