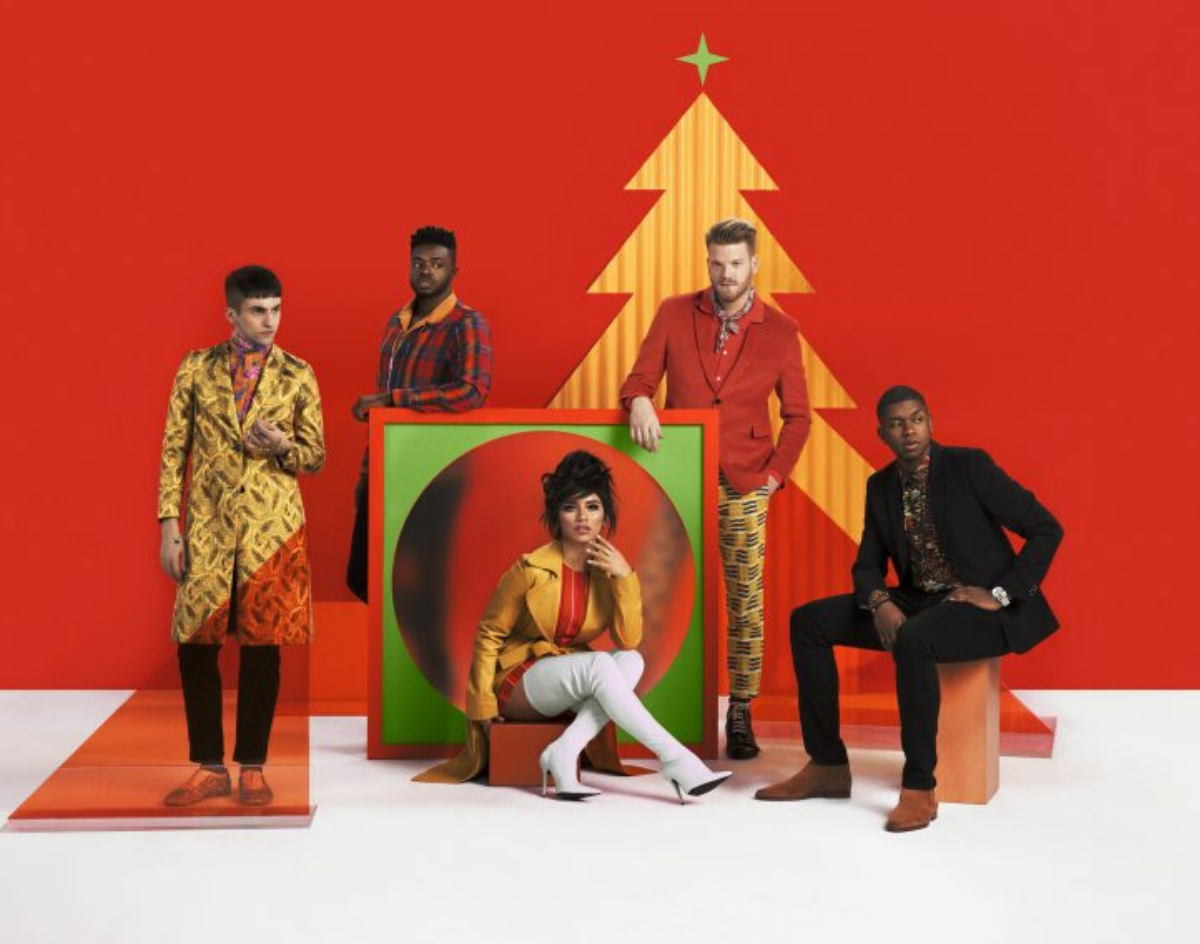 Let It Feel Good To Be Bad For Pentatonix, Save Christmas With Hanukkah Harry, And Express Yourself For PriMadonna. Plus More!

Listen, it’s a slow week with the holidays, and while that might curbing the amount of things to do in Dallas, it didn’t stop so many comedian heavyweights from taking the stage at Saturday Night Live this weekend.

Eddie Murphy made his grand return to SNL for the first time in 35 years (what?!) to host alongside musical guest Lizzo. As if that isn’t already a stacked lineup, Murphy’s fellow SNL alums Chris Rock and Tracy Morgan were joined by Dave Chapelle for a family reunion of sorts.

And it didn’t stop there. In the tradition of a Christmas miracle, we were also gifted the return of Rachel Dratch, Maya Rudolph, Jason Sudeikis and Fred Armisen for a Democratic debate sketch.

While we can’t compete with an Eddie Murphy appearance on SNL, there are still plenty of rad things going on in Dallas this week to keep you entertained. — Alec Spicer

Pentatonix at The Theatre at Grand Prairie
Arlington’s a cappella stars have apparently recorded so many Christmas songs that they dropped a best-of compilation specifically for their Christmas tracks. One of which is a cover of “Coldest Winter” by Kanye, so at least they have good taste in Yeezy deep cuts. — Daniel Valdez

2nd Annual Festivus at Celestial Beerworks
The second annual Seinfeld-inspired Festivus for the rest of us, featuring the traditional airing of grievances, feats of strength and of course, feasting. — DV

Nightmare Before Christmas at The Church at Lizard Lounge
If Jack Skellington was a Dallasite, his favorite hangout would certainly be goth haven The Church, so it’s only right the venue is screening The Nightmare Before Christmas. The venue will be providing free champagne and popcorn until 10:00 p.m., because shouting along to “This is Halloween” is a lot less fun on an empty stomach. — DV

Central Track presents the 4th Annual Hanukkah Harry Saves Christmas at Three Links
We’re teaming up with Three Links and our main man Hanukkah Harry to bring “Oy” to the world. Some of our planned events for this free Christmas Eve party include live on-stage game shows, tunes from CoLab’s Foolery and prize raffles whose proceeds will benefit the Genesis Women’s Shelter. On Shlomo! — DV

Drink The Tree at The Rustic
On the 12th day of Christmas, the Rustic gave to thee, a beer-bottle Christmas tree. Guests will be able to choose from the bar’s assortment of beers and chow down on hot tamales from 4-9 p.m.. – DV

Barf Wave Plays The Hits at The Nines
Dallas’ own Barf Wave record label will be spinning tunes to send off the holiday. — DV

Deorro at Stereo Live
The night after Christmas, Deorro will be DJing progressive house. Plenty of creatures will be stirring, just like they would for Deadmau5. — DV

Steve Jansen at Rubber Gloves
If thumping house isn’t really your style, maybe some sparse electro-acoustic is worth your while (OK, fine, we’ll knock off the rhyming thing.) — DV

PriMadonna at House of Blues
One of the benefits of seeing this Madonna tribute act over Madge herself: you likely won’t hear any tracks from Madame X. Tribute bands for The B-52’s and Neil Young are also on the lineup. — DV

Tippy Balady at The Rustic
This Booker T. alum turned acoustic balladeer competed on American Idol last year but didn’t win. Considering the milquetoast acts who make up that show’s winner circle, she might have dodged a bullet. — DV

AMuse: Yuletide
Swap out the grating jingle of sleigh bells for the relentless pulse of tech house at this winter rave. — DV

MAYTA at Ruins
Did Christmas leave you too broke for live music? No worries, this latin psychedelic funk-rock collective is playing a free show. — DV