All The Dallas Queens That Competed On Drag Race. 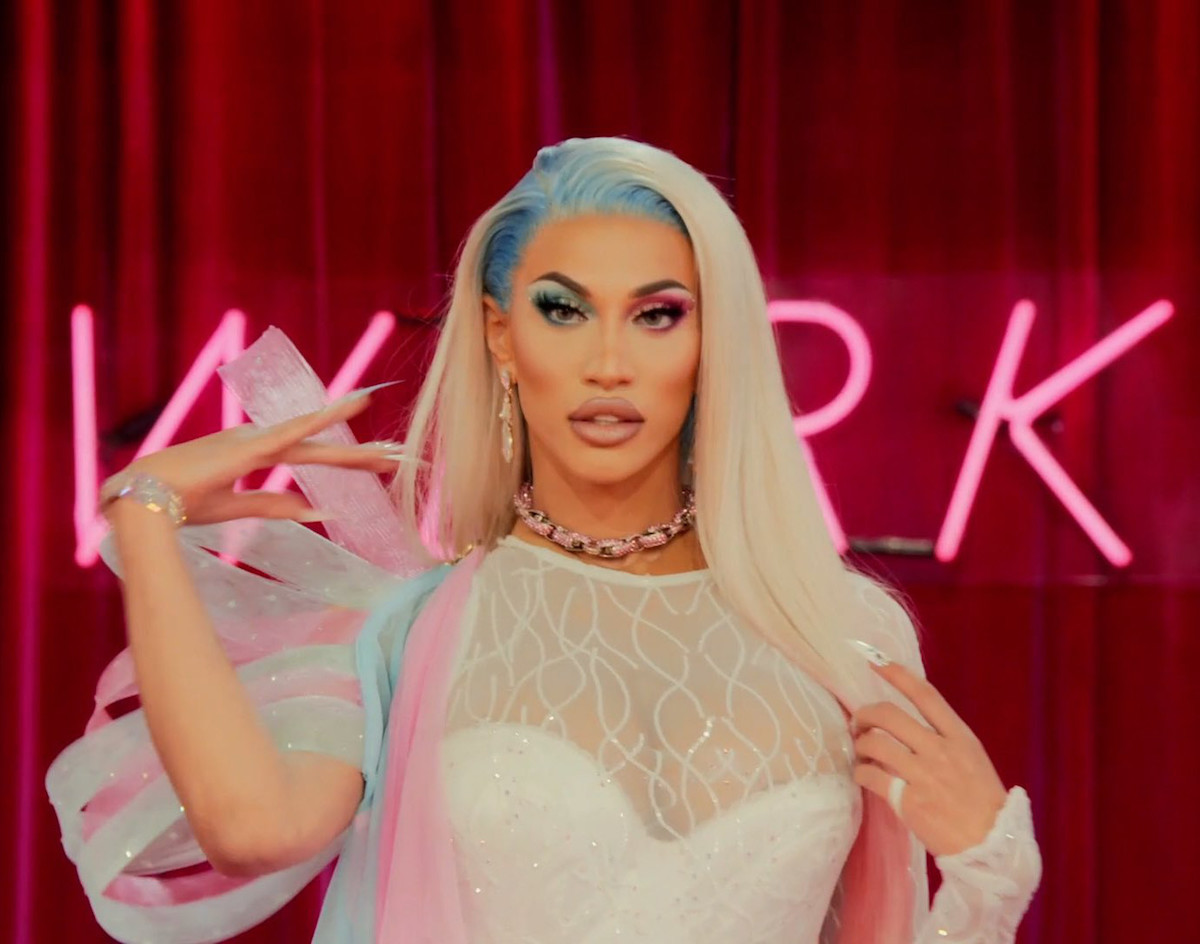 In Honor Of Kerri Colby Competing On The Newest Season Of ‘RuPaul’s Drag Race’, Let’s Look Back At All The Contestants From Dallas.

RuPaul’s Drag Race is a few weeks into it’s 14th season (well, normal season — there’s dozens of spin-offs including All Stars and international series) and we were delighted to see a contestant from Dallas competing. Kerri Colby — real name, Elyse Alessandra Anderson — recently moved to Los Angeles, but was raised here. Plus, she cited Dallas as her hometown during her episode, so take that, L.A. 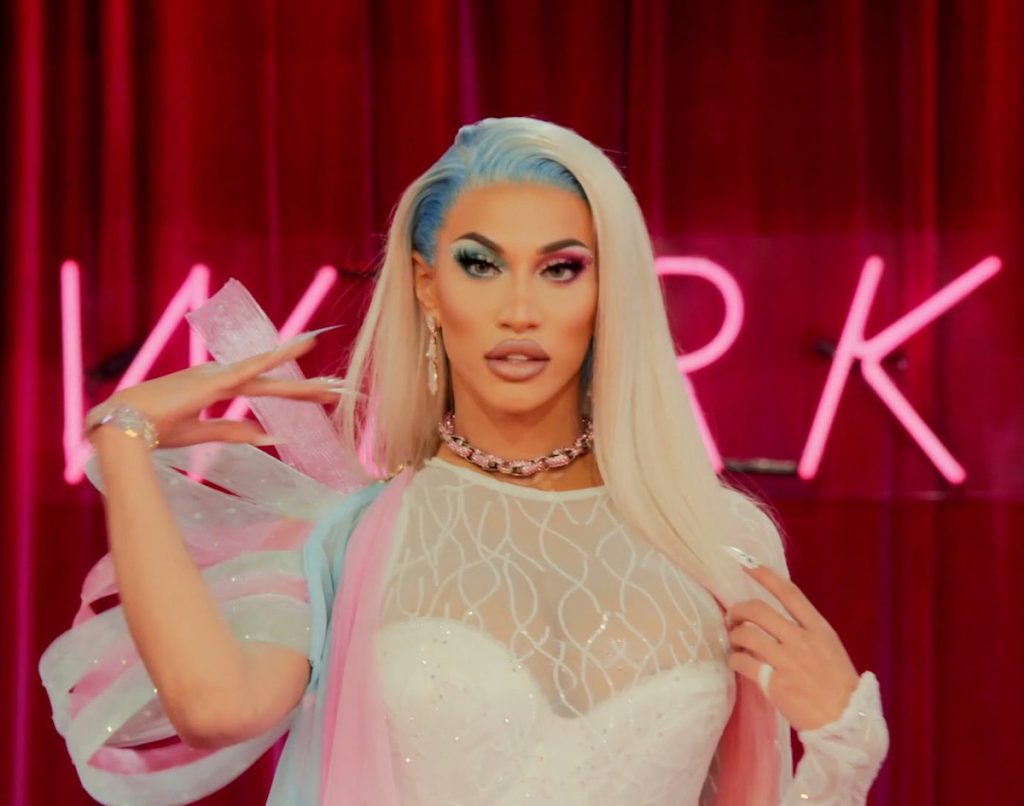 Anderson is also a trans women, making her one of a handful of trans queens to compete in the show.

So far, she has the first mini-challenge win which she earned posing for photos while strapped to a spinning wheel — ah, television. With three episodes in, it’s too early to tell how the season will play out. But what we do know for sure is — is that she’s strikingly beautiful.

Over the years of Drag Race, fans have seen many cities represented, including quite a couple from Dallas. Anderson is actually the ninth. So, let’s take a look at those who came before her. 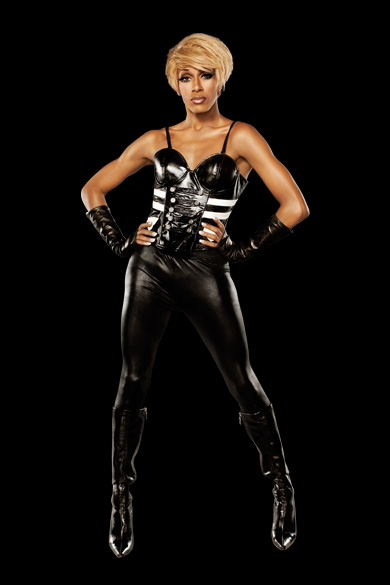 A Dallas native, Antoine Ashley  — aka Sahara — began his career at SMU while getting a bachelors in dance. He was best known for his dancing and being the first Davenport to compete on Drag Race. He also had some other screen appearances, such as the music video for “Gettin’ Over You” by David Guetta and Chris Willis, the pilot of Judge Karen and ABC’s soap opera One Life to Live. Ashley died in 2012 due to heart failure, but his legacy lives on.

Season: 2
Placed: 7th
Most iconic moment: Being the first queen to walk on the runway en pointe AND to jump off the stage into a split during the lip synch — both in the same episode. 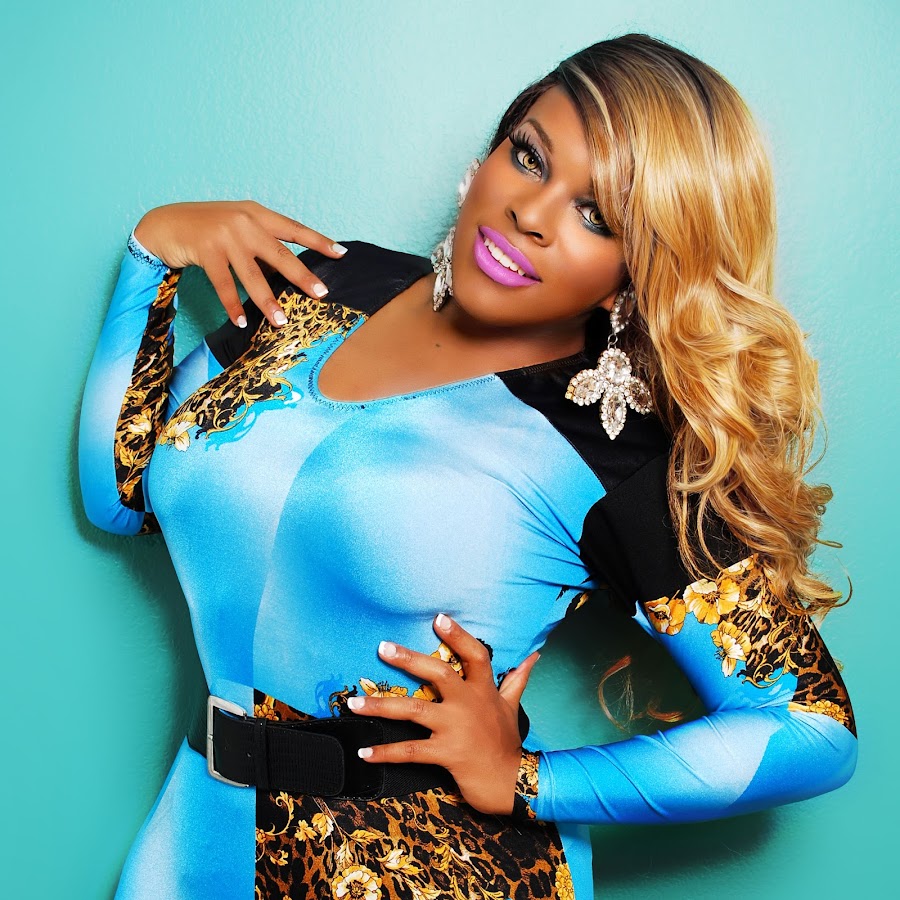 This queen is originally from Chicago and was based there during the filming of her season (see: that Untucked moment that is now forever part of the Drag Race vernacular), but has since moved to Fort Worth. Having appearing in one of the first seasons, there’s no question she’s helped mold the show into what it is today.

Season: 2
Placed: 10th
Most iconic moment: Bitch, I am from Chicago!!!

Born in Mesquite and based in Dallas, this queen is one of the most legendary of the whole franchise due to the uncountable amount of unintentionally hilarious quotes and insane lip-synching skills. In addition to her drag career, Alyssa — real name Justin Johnson — is a choreographer, owning the Beyond Belief Dance Company in Mesquite. Johnson and the studio were the subject of a 2018 Netflix reality series, Dancing Queen. 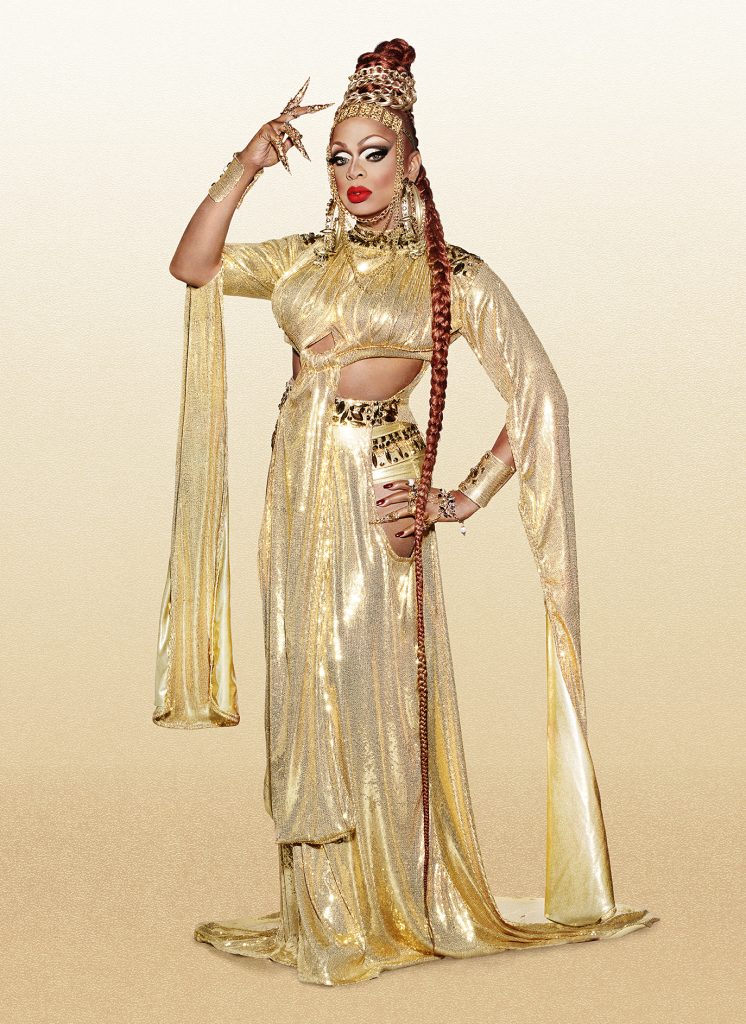 Another Dallas-based and performance-heavy contestant, Kennedy is known as one of the lip-synch assassins of the series. She also has many drag pageant titles to her name and is part of the Davenport drag family, which many Drag Race contestants have come from. You can catch her hosting a weekly talent show at Marty’s Live in Oak Lawn.

Season(s): 7, All Stars 3
Placed: 4th,
Most iconic moment: “After a long night of hooking…trade didn’t like the session, so he had gutted me..and set me on fire..but you know I didn’t die… I had crystalized. And now I’m a Glamazon bitch ready for the runway.” 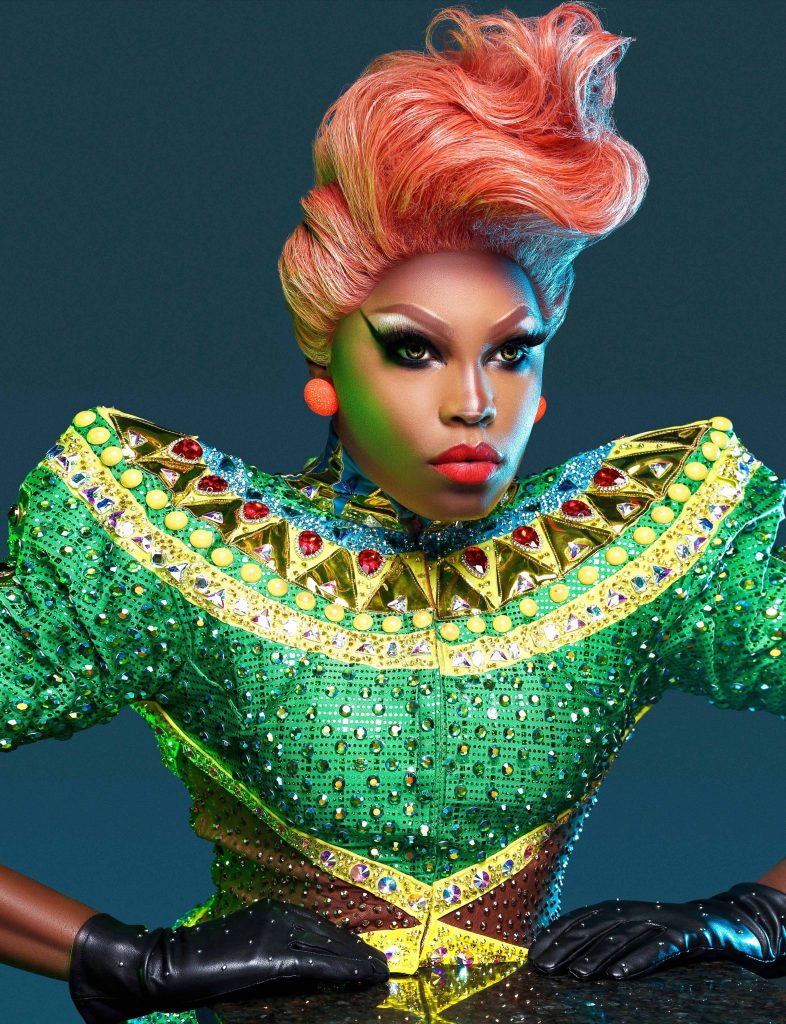 Raised in Grand Prairie and based in Dallas, Asia won Miss Gay USofA in 2007 (previous Dallas queens Alyssa and Kennedy won the same title in 2006 and 2019, respectively) among other drag pageants and made it to the final four of her season. She does gigs around DFW and will be one of the featured performers in the RPDR Werq the World Tour this year, which will make stops all around Europe starting April 24th. 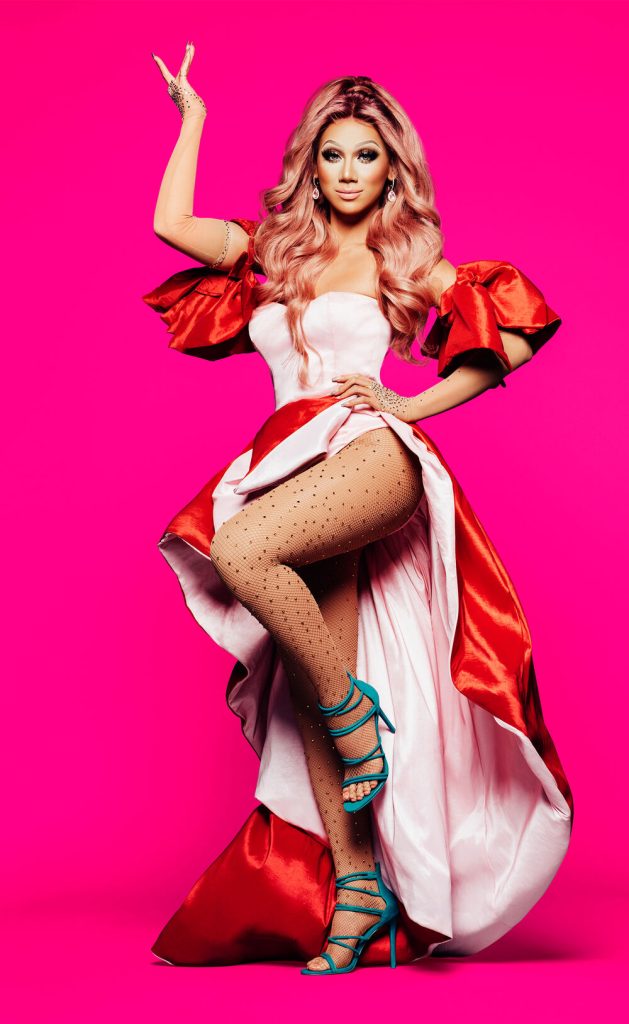 Born in Ho Chi Minh City, Vietnam, she immigrated to the U.S at age 11 and is based in Dallas. She’s the drag daughter of Alyssa Edwards, making her a part of the “Haus of Edwards.” Plastique was 21 when she competed, the youngest age we’ve seen on the show. She’s also become a big deal on Tik Tok with her transformation videos garnering over 8 million followers.

Season: 11
Placed: 8th
Most iconic moment: All her runways.

A member of the aforementioned House of Davenport (as well as the House of O’Hara), Ra’Jah has spoken fondly of Texas while on the show, citing that it offers a wide variety of drag. With an outspoken and sometimes prickly personality, her appearance on season 11 was divisive, but she later managed to win audience members over during her run in All Stars 6, which she tied for second/third/fourth place. 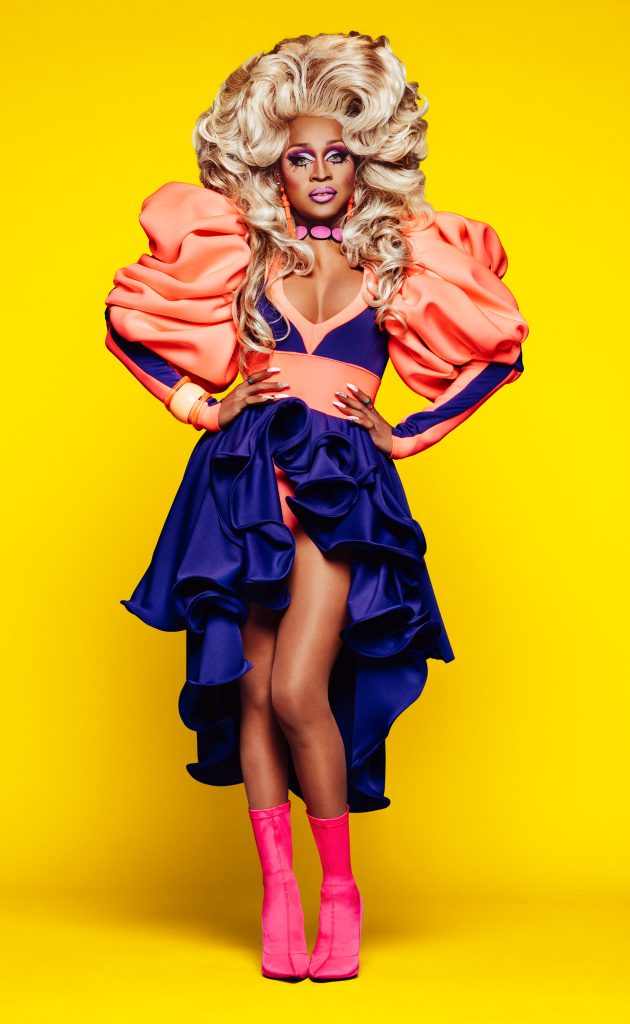 Evidently, season 11 was a big one for Dallas, as there were three queens from here competing — the most of any season thus far. A’Keria is another Davenport and a past holder of the “Miss Black Universe” title. She also made an appareance in Taylor Swift’s music video for “You Need To Calm Down.” While originally from Dallas, she moved to Houston a few years ago.

Season: 11, All Stars 6
Placed: 3rd/4th, 8th
Most iconic moment: Not playing RuPaul’s games on All Stars 6 — eliminated queens had the chance to return to the competition if they beat the remaining queens in a redemption lip-sync. A’Keria declined and just went home, saying she “would much rather respectfully decline than to have my world shattered again.” 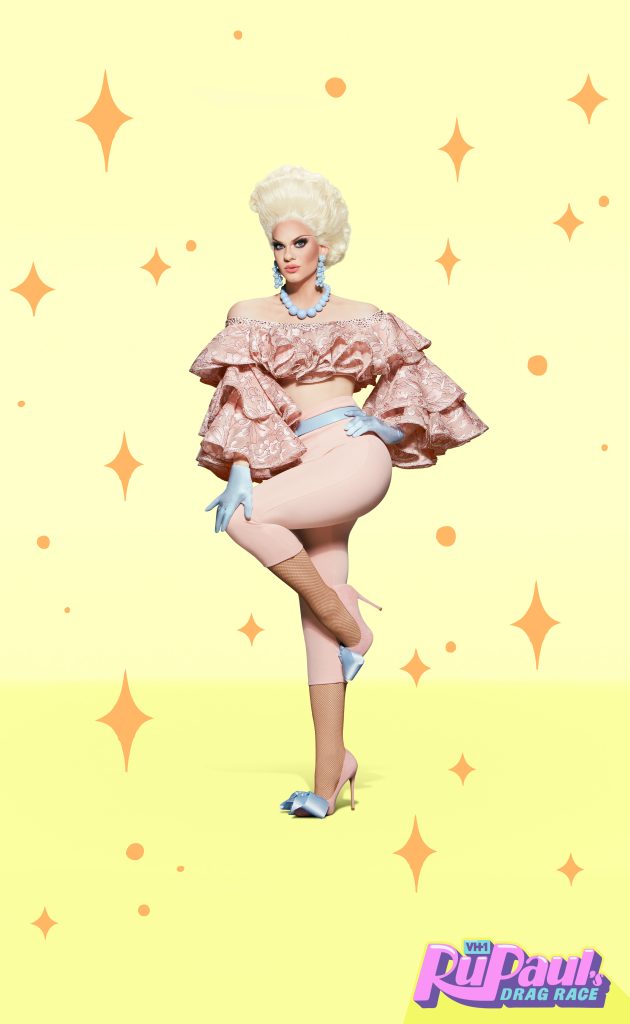 While this queen is based in Las Vegas, she’s from Ennis, 35 miles south of Dallas. A professional dancer, Elliott worked alongside Alyssa Edwards at the Beyond Belief Dance Company.