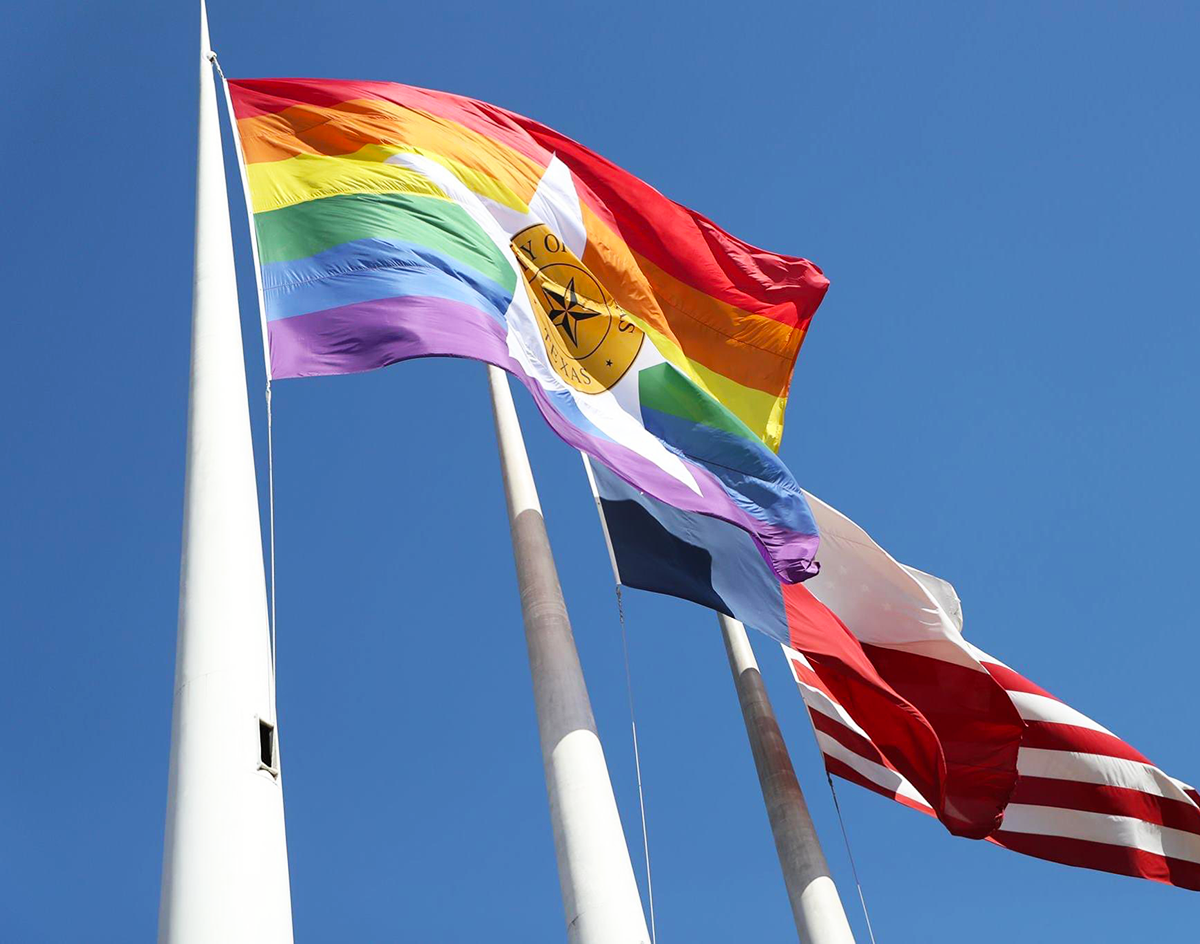 In Honor Of Pride Month, Dallas City Council Has Raised A Pride Flag Designed With The City’s Official Seal At City Hall Plaza.

Two years after Dallas city leaders declared June as LGBTQ Pride Month, Dallas is now the first city in the U.S. believed to have put its city crest on the Pride flag.

Dallas City Council passed a resolution during a special session on Wednesday to fly its new Pride flag at City Hall Plaza in place of the regular City of Dallas flag for the rest of the month and every year during Pride Month from now on.

The new flag, which was designed by Tracy Nathanvongsa, was approved unanimously during a regular city council meeting and paid for through private donations. It was unveiled Thursday morning following a proclamation read by Mayor Pro Tem Adam Medrano that said the city will not tolerate bigotry and that residents should feel safe and free from discrimination. Medrano, who is gay, was joined by the council’s two other gay members, Chad West of District 1 and Omar Narvaez of District, for the unveiling.

“The City Council believes it is important to communicate its support for diversity, inclusivity, equality and respect in our city during Pride Month,” City Council members said in a written statement.

The Dallas Pride flag is another win for the LGBTQ community not only in Dallas, but nationwide. The resolution comes just days after the Supreme Court ruled LGBTQ workers are protected by the Civil Rights Act of 1964. Title VII of the federal law forbids workplace discrimination based on sex, including LGBTQ employees.

Due to the COVID-19 pandemic, a virtual Pride celebration will take place in Dallas July 25-26, instead of the annual Pride festivities in Fair Park.

Cover photo courtesy of the City of Dallas.