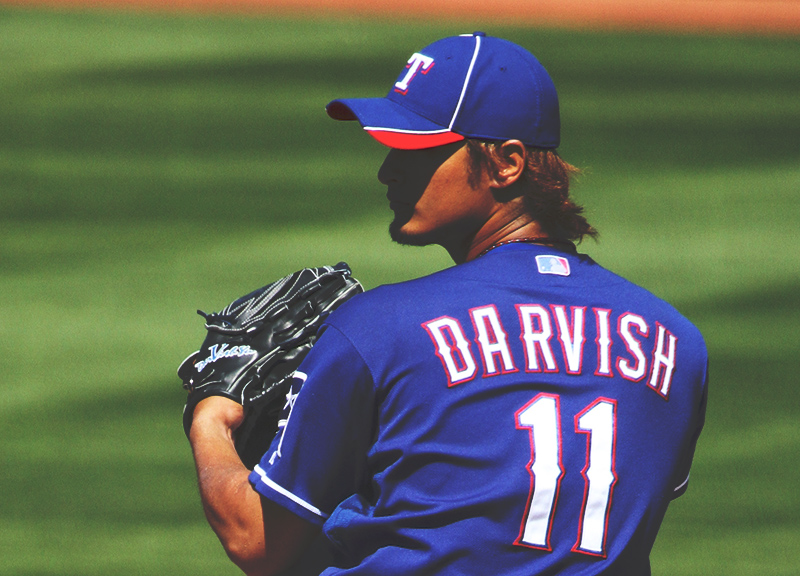 The MLB Is Investigating Yu Darvish Because His Little Brother Ran a Sports Gambling Ring In Japan.

Sho Darvish was arrested by police in Osaka, Japan, on October 27, 2015. As noted by the Japan Times, this isn't his first run in with the law. In 2012, he was given a one-year suspended prison sentence for assaulting a female friend.

As it stands, the Rangers' Darvish has not been accused of any illegal activity, but the MLB is still going along with protocol and investigating him to make sure he wasn't involved.

Ever since making his way to the United States from Japan, Darvish has been a fixture in the Texas Rangers' pitching rotation. And when the wheels are rolling properly, the guy's his team's unquestioned ace, having racked up 680 strikeouts and a 3.27 ERA in three seasons. It's been a minute since we've seen him work him magic, though: Darvish was absent for the entire 2015 season thanks to a torn UCL that led to Tommy John surgery. And though the Rangers did make the postseason last year with a late-season surge, Darvish's expected return to the rotation this upcoming season will give the team a much-needed boost.

Of course, if there's one thing the baseball hates more than steroids, it's gambling. It's why Pete Rose, arguably one of the greatest baseball players ever, isn't never getting into the Hall of Fame.

For now, it appears as Darvish is in the clear. Here's hoping the MLB investigation shows that he didn't share any insider info — intentional or otherwise — with his little bro, though. Otherwise, this situation could yield some serious trouble for the Rangers ace.

Cover image of Yu Darvish by Mike LaChance via WikiCommons.