Seven Weeks Into The Season, Brandan Wright Is One Of The NBA's Most Efficient Players.

Brandon Wright has had a ridiculous start to the 2014-2015 NBA season.

Seven weeks into his off-the-bench role with this year's Dallas Mavericks squad, the forward-center hybrid is averaging 8.8 points, 4.2 rebounds and 1.5 blocks per game — and in just 18 minutes per game. He's also the league-leader in field goal percentage, knocking down a ridiculous 74.4 percent shots.

But, see, here's the thing: Wright, while he downplays the achievement and openly proclaims that his field goal percentage will eventually go down as the season plays out, is only becoming more and more efficient. According to NBA.com stats, Wright also leads the league in true shooting percentage, which is adjusted to include the value of three pointers and free throws, and effective field goal percentage, which values three-pointers at 1.5 times more valuable than two-pointers. The point is: Once Wright gets his hands on the ball, he's most likely going to put it in the basket.

And that's something that has the Mavericks owner Mark Cuban excited about.

“The guy's been phenomenal,” Cuban told Central Track of Wright's effort this year. “For a guy we don’t call plays for, it's been amazing. We literally gotta figure out how to get him the ball more. I mean, he doesn't miss. It's crazy.”

Cuban's spot on: Wright could sure stand to get the ball more.

But, even without a particularly strong offensive rebounding or back-to-the-basket game, he's still found a way to get his, with the majority of his points coming on weak-side, backdoor lane cuts and lobs, In turn, nearly all his baskets are highlight reel-worthy — not to mention fan-favorite moments that cause the crowds at the American Airlines Center to erupt.

Already, Wright has had 17 alley-oops tossed his way this season — and, yes, he's thrown down every single one of them.

“It’s not anything different than what I always see from Brandan,” point guard Devin Harris says of his pick-and-roll partner's impressive start to the year. “He's reading the defense, when to go for it, being in the right place at the right time. And that makes it easy to get him the ball. It's all about timing.”

That too is true: Wright's accomplishments this year aren't all that surprising. Coming into this season, Wright already held four Dallas Mavericks all-time records: the aforementioned field goal percentage (62.9), true shooting percentage (64.3) and effective field goal percentage (62.9), as well as offensive rating (126.2), which records the number of points per 100 possessions that a team scores while the player is on the court. Wright's just topping his old marks is all.

“It's really just our spacing on the floor,” Harris explains, nothing that fellow Mavericks scorers Dirk Nowitzki, Monta Ellis and Chandler Parsons are opening up lanes for Wright to exploit. “Having three or four shooters out there at one time, defenses have to take something away. And, obviously, a lot of teams want to take away our three-point shooting, which opens up a lot of stuff for Brandan and Tyson.”

Sure, the fact that this offense plays to Wright's strengths and hides his weaknesses is part of it. But maybe Wright is finally at a point in his career where he's both healthy and ready to shoulder some of the team's load, too.

It's easy to forget now, but Wright's got the pedigree to back up his recent flashes. After a standout freshman season at the University of North Carolina, Wright was a top ten 2007 draft pick by the Charlotte Bobcats before he was traded to the Golden State Warriors to play out the first four years of his NBA career. Those four years, however, were mired in numerous injuries to both his hip and left shoulder, the latter of which kept Wright out of the '09-'10 season entirely. Heading into the free agent market in 2011, the word on Wright was that he was on his way to becoming a bust. But, looking to replace a guy named Tyson Chandler, the Mavericks — a team that thrives with resurrecting careers — took a chance on him all the same.

“When I got here, there was a need for a guy like me,” Wright says. “They had a vision — and I think the vision is coming to effect.”

It would seem so. Wright can come off the bench and give older veterans like Nowitzki and Chandler a rest without too much of a drop in the team's offensive production. And, along with Chandler, he's a fixture in the team's go-to rebounding and shot-blocking lineups.

More than anything, though, it's hard to overlook Wright's inherent chemistry with the Mavericks's many guards — and JJ Barea and Devin Harris in particular, each of whom has earned 18 assists through Wright buckets already this year.

It's tough to say exactly what's to credit for Wright's breakout year — shot selection, health, development or his chemistry with his teammates. Hell, Wright himself isn't even able to pin it down to one thing.

“It's a little bit of everything,” he says when asked. “You always wanna shoot good shots. You wanna shoot shots that are gonna help your team win. And my team is doing a great job of setting me up and putting in the right positions on the court.”

Point is, it doesn't matter. No one with the Mavericks — least of all Wright himself — is too worried about the specifics on how he got to this point.

They're just happy he's there.

All photos by NBAE/Getty Images. 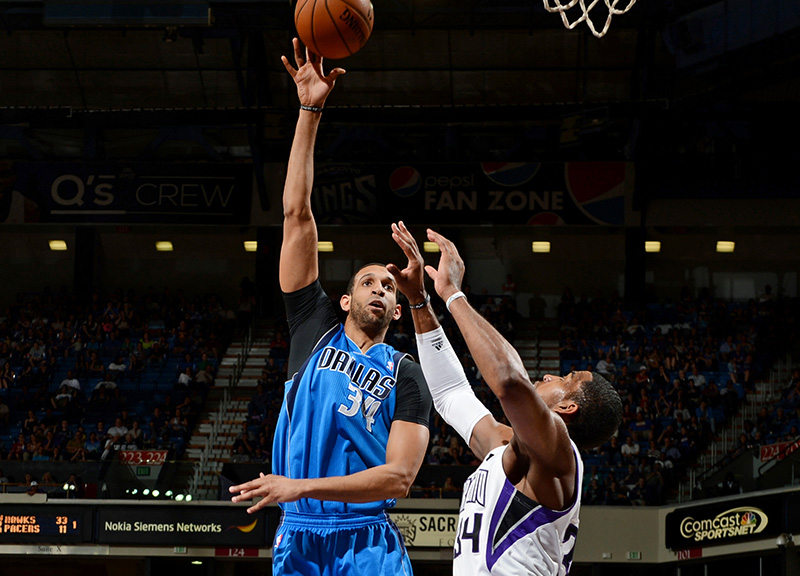 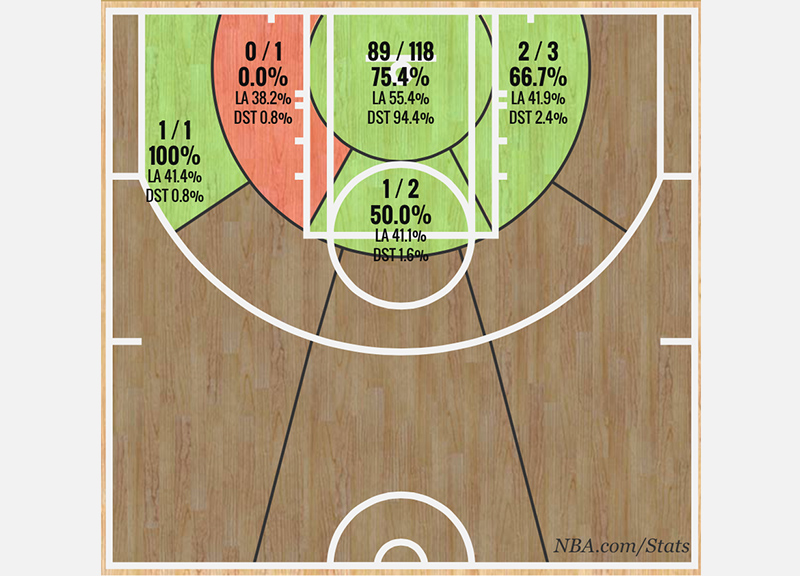