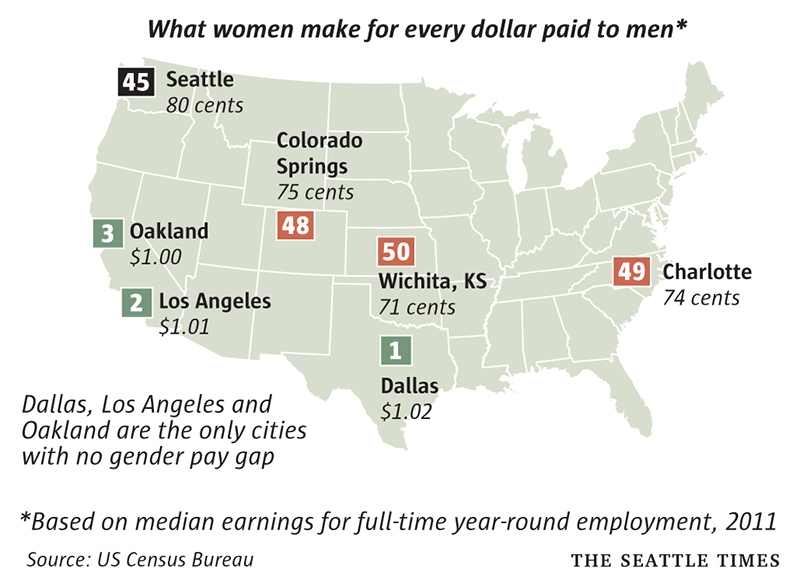 Texas may very much have its fair share of issues when it comes to women's rights, but there's at least one area in which Dallas really does stand out as a not-so-horrible-location for women: the workplace.

According to this report from the Seattle Times, which uses U.S. Census Bureau statistics from 2011 as its source material, Dallas leads the nation when it comes to gender pay equality.

Oh, and the worst city in America when it comes to gender pay equality? Wichita, Kansas, where women only earn 71 cents for every dollar earned by their male coworkers.