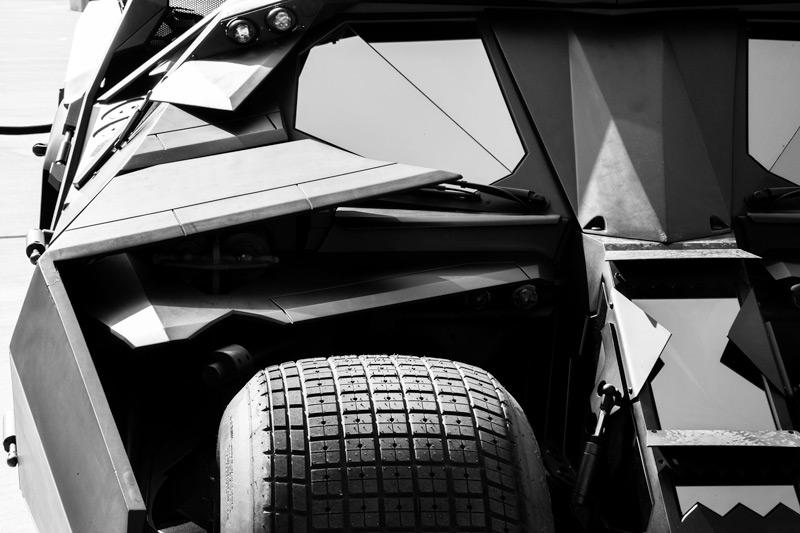 To Promote The Dark Knight Rises, Batman's Tumbler and Batpod Came To A Dallas Walmart.

Along with the mercury, the Dark Knight rose in Dallas yesterday as the “Tumbler Tour” made a stop in our fair city, much to the delight of local Bat-fans.

As if responding to the Bat Signal, they gathered in Walmart parking lot at Skillman and Northwest Highway to see Batman's latest set of wheels in person at the tour' only Dallas stop, and one of only five scheduled Texas appearances.

The Tumbler, as well as the Batpod (the monster motor bike that ejects out of the Tumbler when Batman needs to leave it for dead and continue his hot pursuit), were on display between 1 p.m. and 6 p.m. to promote the July 20 domestic release date of The Dark Knight Rises, the final chapter in director Christopher Nolan's tour-de-force Batman film trilogy. Standing in awe, the fans basked in the austere majesty of Wayne technology as it sat there quiet baking in the sun.

Despite the climbing temperatures, the true fans lingered until the end of the showing, just to see Batman's wonderful toys roll off into the sunset and into the confines of their touring trailer behind the shopping center.

When the “jet” engine roared as the Tumbler pulled away — breaking the respectful silence of all the on-lookers in the process — all their efforts seemed well worth it.

All photos by Alexander Flores. 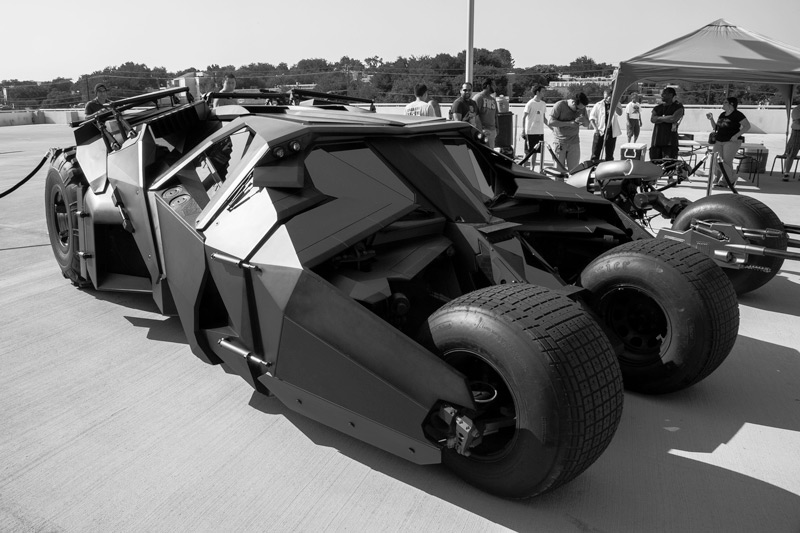 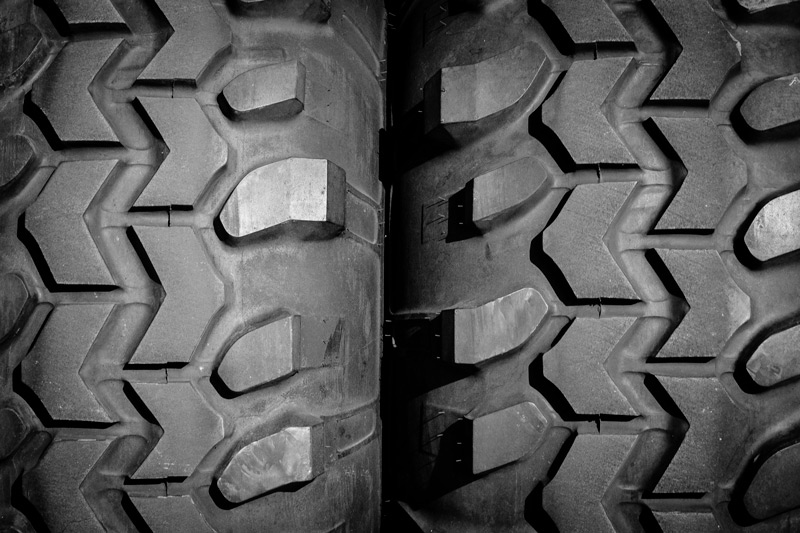 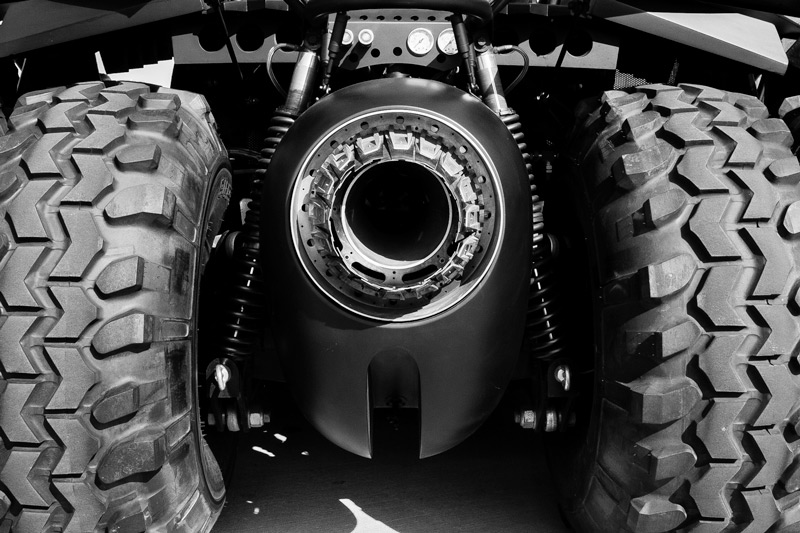 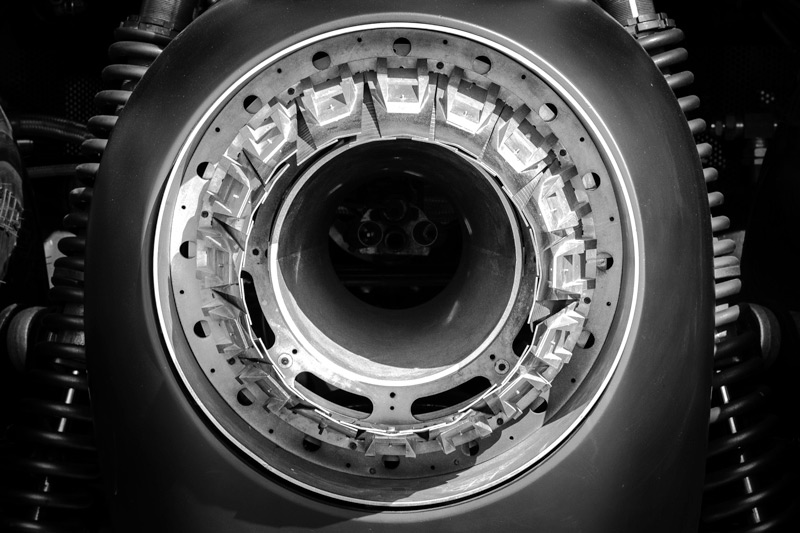 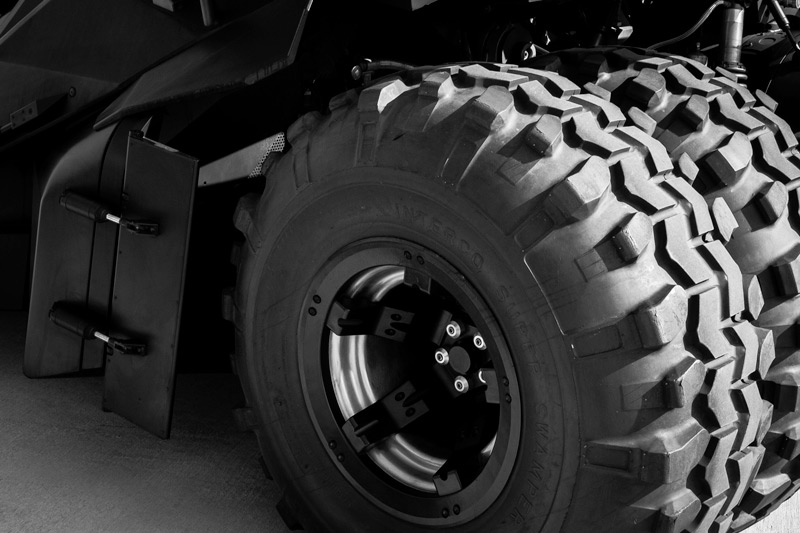 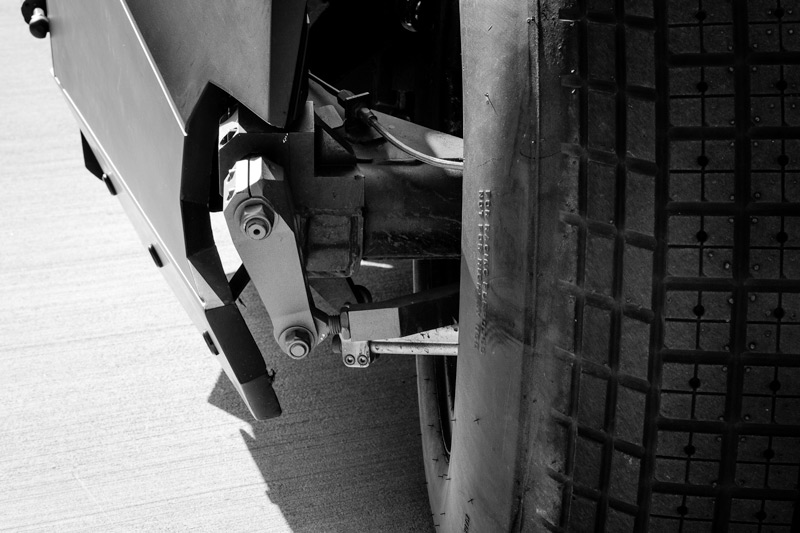 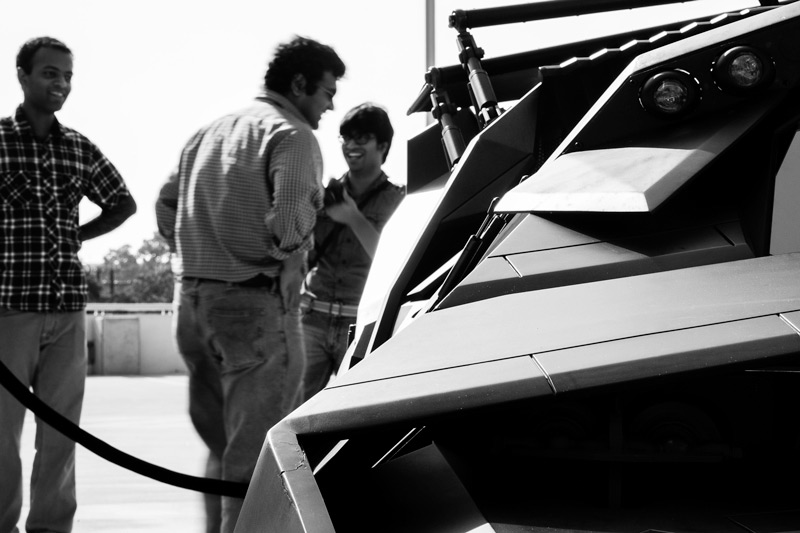 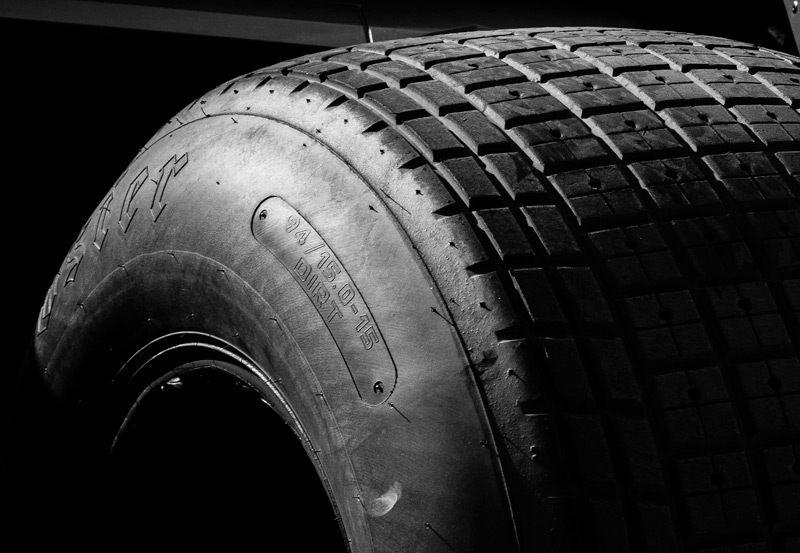 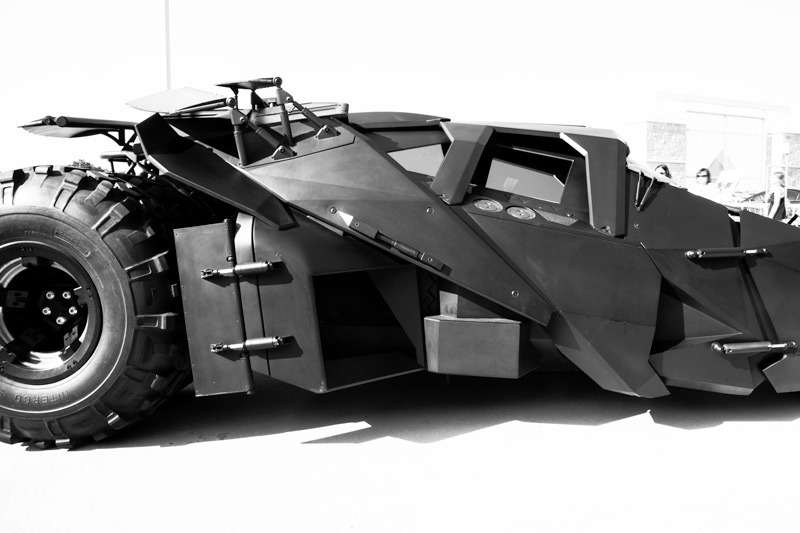 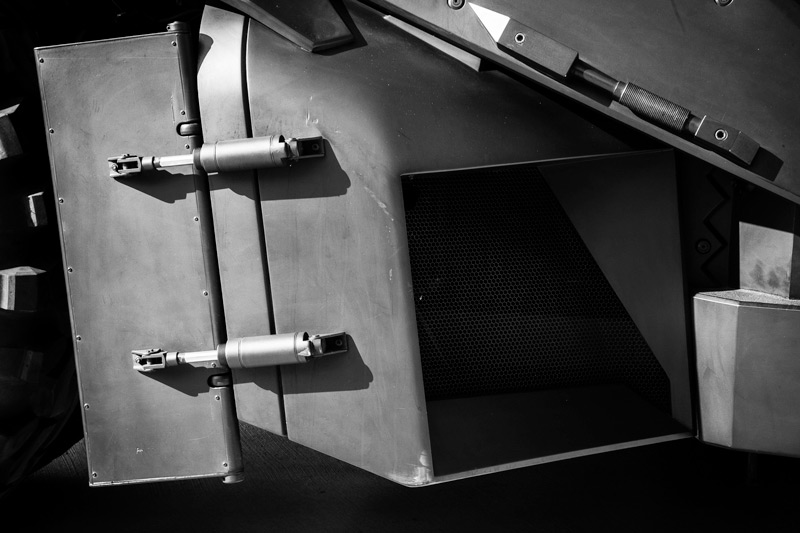 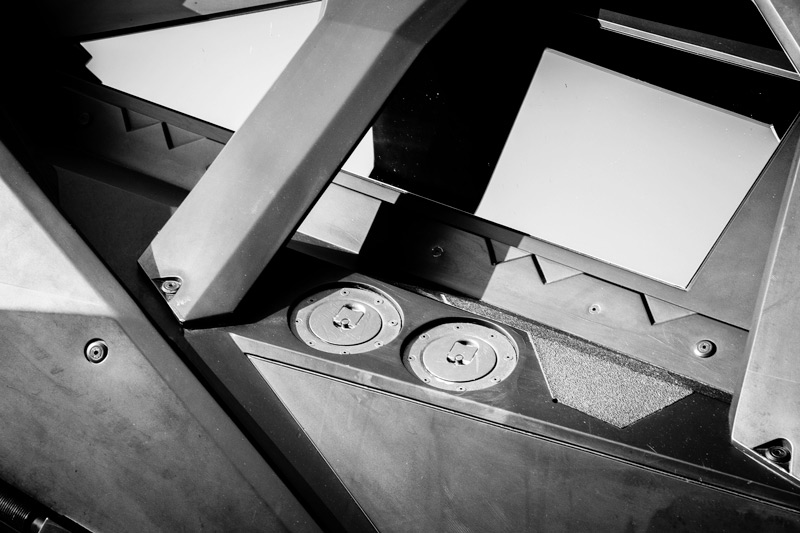 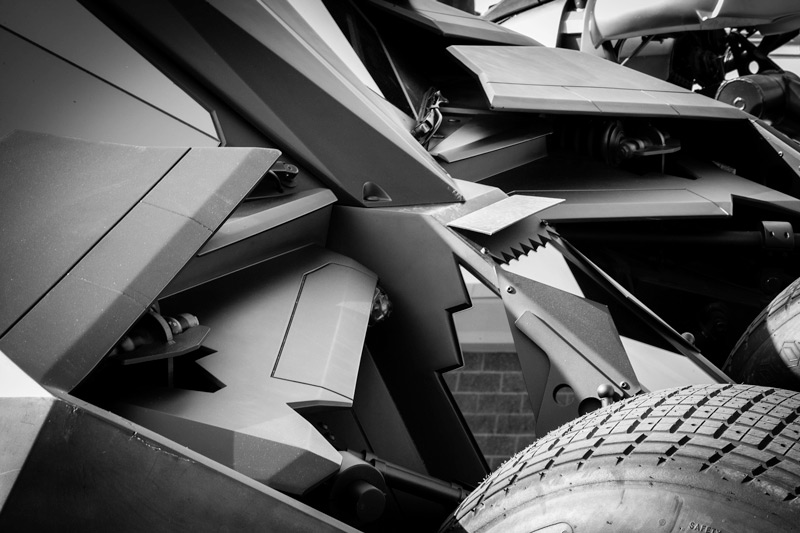 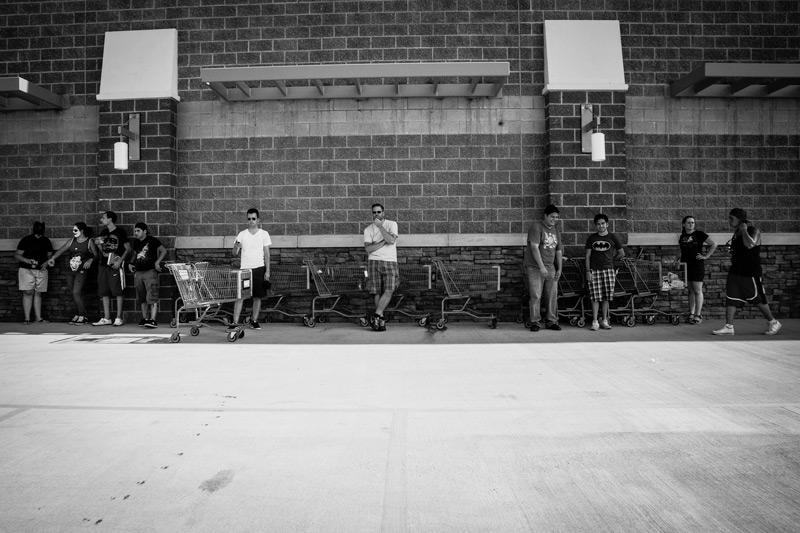 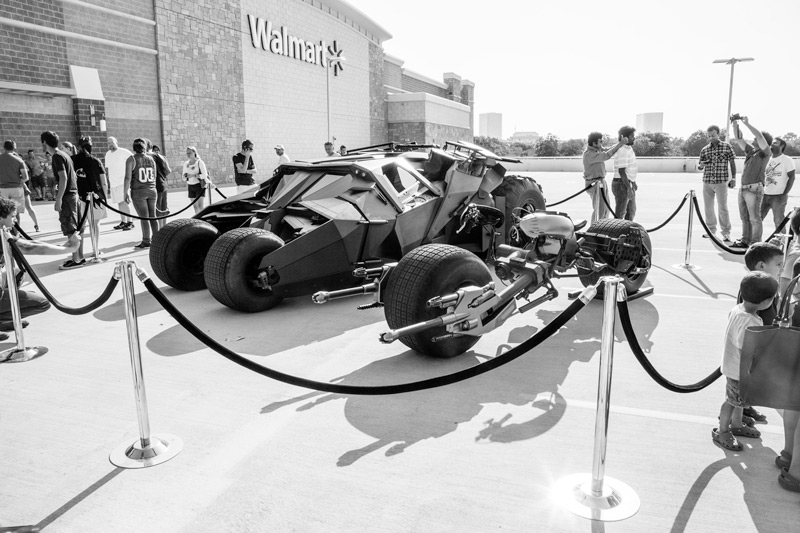 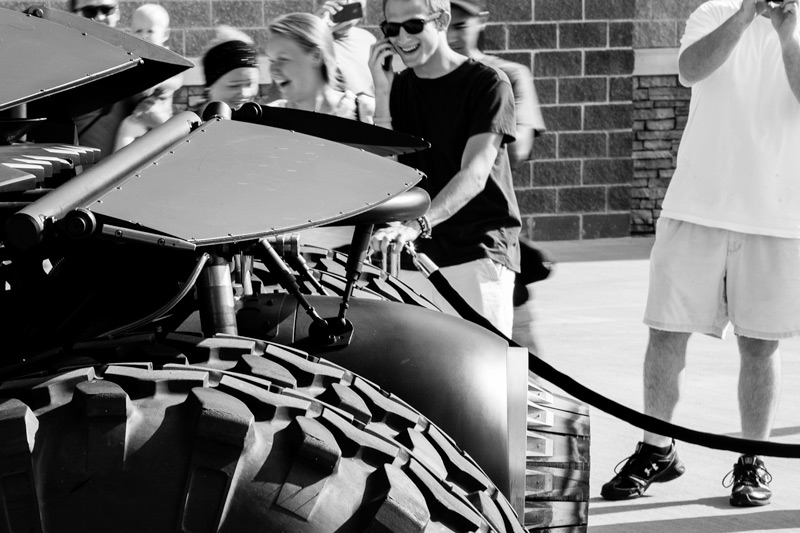