Wolverine Is No Match For Political Scandal, Turns Out. 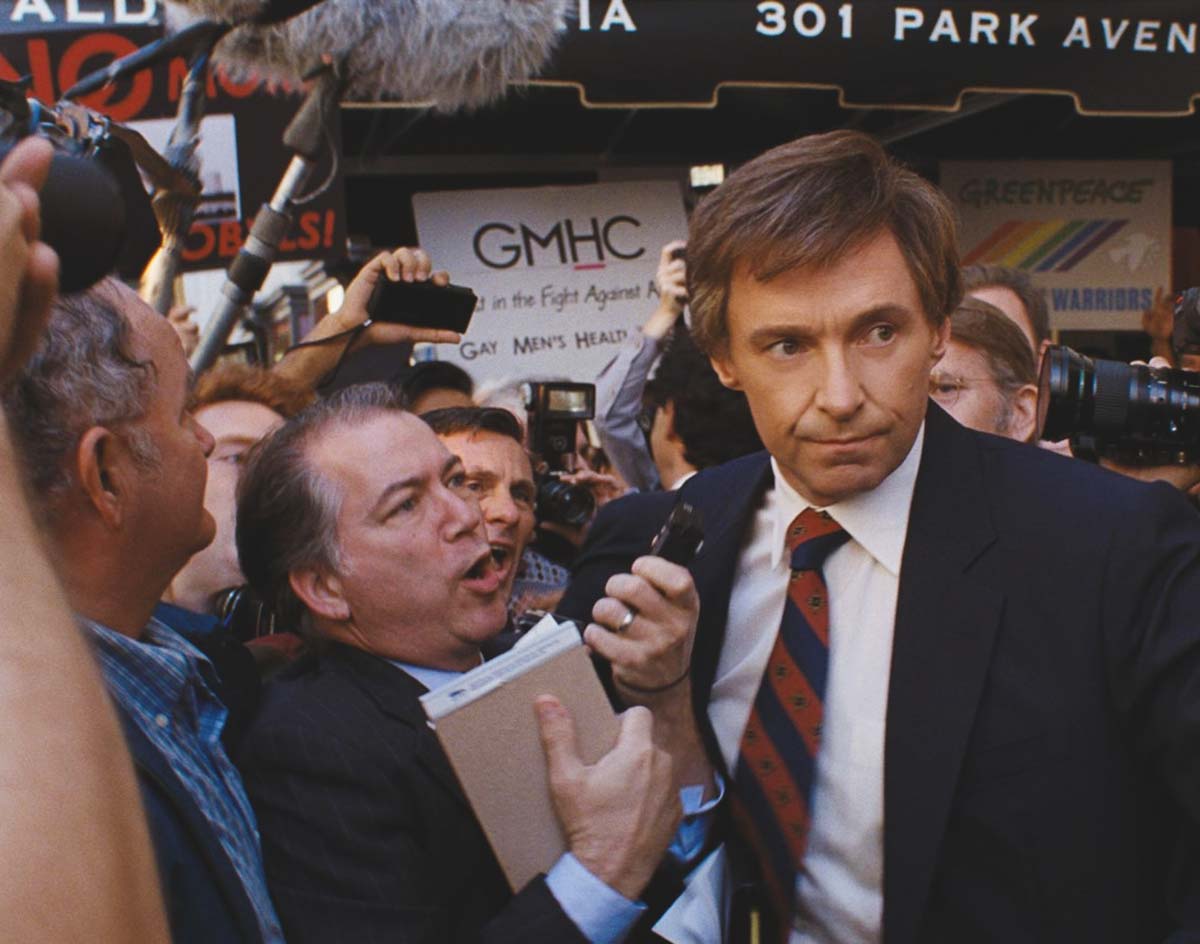 In The Front Runner, Jason Reitman And Hugh Jackman Attempt To Compare Gary Hart’s 1988 Sex Scandal And Similar Ones Seen Today. They Do… OK.

In 1984, Gary Hart lost the Democratic nomination for president. But he wasn’t finished.

Senator Hart would run again for the Democratic Party’s nomination in 1988, and was even the favorite to win it. Only, he didn’t. Michael Dukakis did on the way to getting steamrolled by George Herbert Walker Bush in the general election.

So what happened to Hart? As the opening of The Front Runner, which tells the story of Hart’s fall from grace, states: “A lot can happen in three weeks.”

As in real life, the film portrays Hart (Hugh Jackman) as a popular Senator from Colorado. He’s charismatic, no-nonsense and the new face of the Democratic Party. His team is made up of over-educated twenty somethings who work night and day because they believe in him and his message. His wife Lee (played elegantly by Vera Farmiga) is supportive of his efforts and understanding of the amount of time he has to spend away from their home.

But like a lot of politicians, Hart has some skeletons in his closet. Most of all, he likes the company of women who are not his wife. A decade earlier, the press understood that politicians might have a revolving door of ladies but chose to view such matters as their personal business. Not anymore, though. In the 1988 election, the media decided that those details were suddenly fair game.

The Front Runner does well showing this — and all sides of Hart’s rise and fall due to his infamous affair with Donna Rice. It makes all parties sympathetic, no matter whose side you are on.

Of course, all that matters is the public’s opinion. And while Hart was a firm believer in his job and felt that his personal life was no one’s business, that what he did in the bedroom didn’t affect how he worked, the court of public opinion disagreed.

Flexing his dramatic chops, Jackman shows well how maddening this all was for Hart. In Wolverine’s hand’s, it’s easy to see how Hart was such a popular figure: Even if he fought for privacy behind the scenes, he had the charisma and looks of a Kennedy in a time when the Democratic Party needed a jolt.

Throughout the film, director Jason Reitman tries his best to show a parallels between the the political climate of 1988 and of today. In particular, there are some subtle nods to the audience when journalists are chatting. Some journalists want to take the high road with Hart and not report on his infidelities, only to realize that such a position doesn’t sell any papers. Turns out, the public dictates what is important, not the press — and learning to balance  journalism and tabloid headlines is a tight rope the media in this film must learn to tread.

Alas, even though the film makes some comparisons to modern-day politics, it doesn’t fully stick it’s landing. You leave the theater thinking how much Hart’s situation stunk for everyone involved, while at the same time understanding that there’s nothing that can be done about it. It’s more of a shoulder shrug than anything.

A strength of the film, though, is including all the outliers of Hart’s story in its plot. Audiences get a real sense of the personal struggles of Hart’s campaign team and the journalists covering his efforts, as well as the ones faced by Donna Rice and Lee Hart. These people all have their own struggles and choices they must make, and their plights are ones that could have been easily glossed over in a lesser director’s hands. But Reitman, much to his credit, takes the time to make these people feel dynamic.

Is it frustrating to watch this film and think about how some scandals can ruin a political career in the blink of an eye and find others elected president? Sure. But, in the end, The Front Runner doesn’t necessarily handle this topic any better than a full documentary on Hart’s story likely would.