Win A Dundie At This The Office-Themed Party In Dallas. 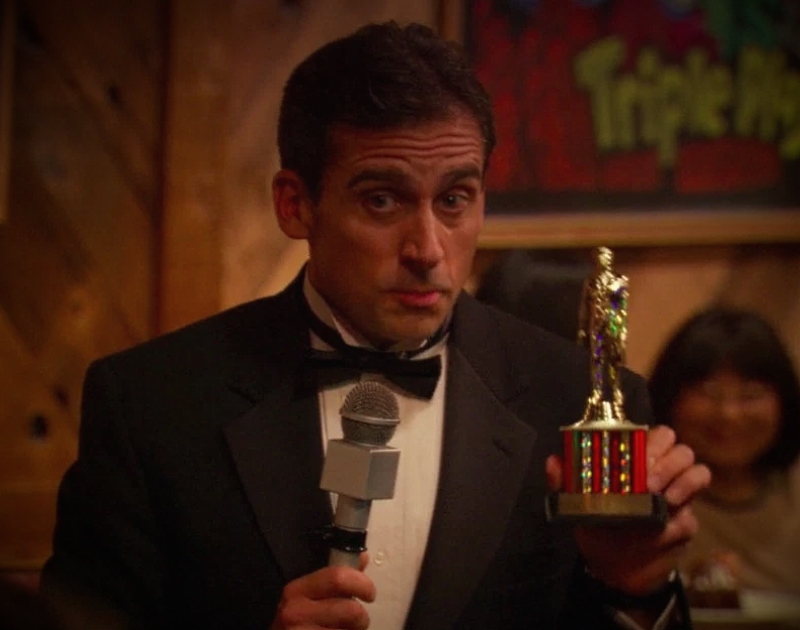 …And The Dundie For The Host Of The Most Anticipated The Office-Themed Party In Dallas In April Goes To The Cedars’ Industry Alley Bar.

Following up on the success of its Golden Girls-themed “Thank You For Being a Friend Party” in February, the popular service industry hangout in The Cedars will be catering to the people person’s paper people next month with a party focused on all thing The Office-related.

*Looks uncomfortably into the camera.*

As part of the festivities on Thursday, April 11, Industry Alley will be even hosting its own version of The Dundies — which is kind of like a kid’s birthday party, where you go, and there’s really nothing for you to do there, but the kid’s having a really good time, so you’re… you’re kinda there. That’s kind of what it’s like.

On top of that, you’ll be able to change the lyrics to a number of classic songs while doing karaoke and sipping on signature cocktails. Yup, stupid wet blankets at corporate be damned, there’ll be liquor at the party from sponsors Tullamore Dew and Hendricks Gin — like booze ever killed anybody!

There’ll also be a few rounds of Office Olympics — specific events which have not been confirmed, but may or may not include rounds of Pam Pong, Who Can Put the Most M&M’s In Their Mouth, Hateball, Blindfolded Spoon-And-Egg Races and a team-building Fire Walk.

Plus, if you attend, you might feel god in this Cedars bar.