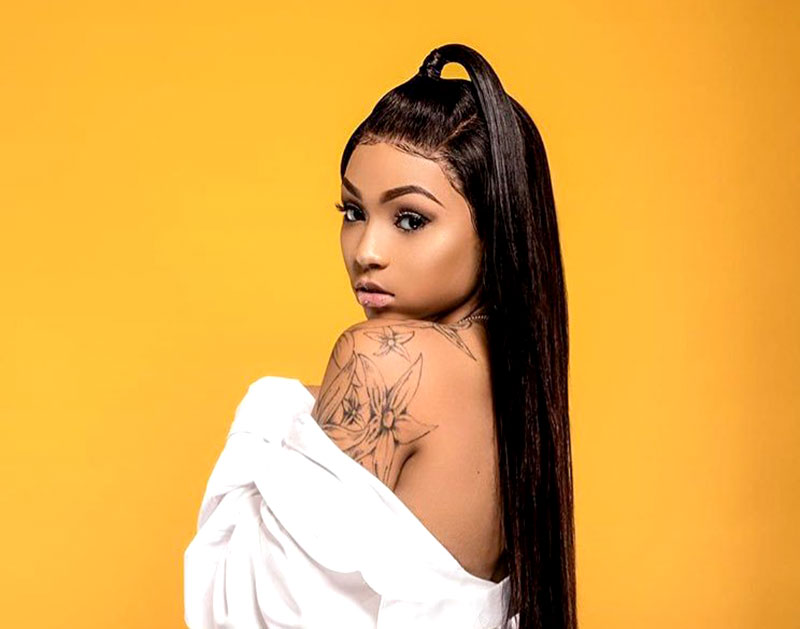 Something old is new again.

Last week, the listener-favorite radio station Boom 94.5 , the city’s only classic hip-hop provider on the FM or AM dials, switched formats. It’s now Majic 94.5, billed as “DFW’s Newest Station Playing Today’s R&B and Throwbacks,” which is pretty much the same thing as WSOC’s old format Magic 94.5 from the early 2000s, right? The biggest news from this format switch is the return of radio stalwart Tom Joyner to DFW’s airwaves after being dropped in 2014, when Boom claimed his morning talk show didn’t fit in the format.

Something that is actually brand-new is the skateboarding-meets-music festival Skate or Die that will be taking over Gas Monkey Live on Sunday, October 22. The first round of artists announced last week features Bowling For Soup, Frankie Cosmos and Surf Curse, with more to be announced. Tickets are on sale now right here, and stay tuned for more announcements.

Speaking of announcements: Grand Prairie’s Own Selena Gomez made a huge one last week when she revealed to her 127 million Instagram followers that she underwent a kidney transplant over the summer, due to complications she faced with lupus. The organ was donated by her friend and actress Francia Raisa. The pop superstar, who’s released a couple singles over the summer, including “Fetish” with Gucci Mane, explained to her fans that the kidney transplant was the reason why she’s been relatively quiet over the summer and not out promoting her music. But as celebrity sites have been reporting, Gomez has once again been out and about the last few days, and seems to be recovering just fine. In fact, the 25-year-old also just announced a partnership in which she’s become the new face of Puma.

I’m very aware some of my fans had noticed I was laying low for part of the summer and questioning why I wasn’t promoting my new music, which I was extremely proud of. So I found out I needed to get a kidney transplant due to my Lupus and was recovering. It was what I needed to do for my overall health. I honestly look forward to sharing with you, soon my journey through these past several months as I have always wanted to do with you. Until then I want to publicly thank my family and incredible team of doctors for everything they have done for me prior to and post-surgery. And finally, there aren’t words to describe how I can possibly thank my beautiful friend Francia Raisa. She gave me the ultimate gift and sacrifice by donating her kidney to me. I am incredibly blessed. I love you so much sis. Lupus continues to be very misunderstood but progress is being made. For more information regarding Lupus please go to the Lupus Research Alliance website: www.lupusresearch.org/ -by grace through faith

Meanwhile, Kelly Clarkson made headlines this week for avoiding a doctor. Rolling Stone reported on the singer’s interview with Z100 where she said she chose to forego “hundreds of thousands of dollars,” if not “millions” nearly a decade ago when she refused to share a co-writing credit with producer Dr. Luke for her 2009 hit, “My Life Would Suck Without You.” In case you don’t remember, Dr Luke is the record producer Kesha accused of raping and abusing her, and legally forcing her to continue their contract. Clarkson is in the midst of her press cycle in preparation for the release of her eighth studio album, Meaning of Life, and released two new tracks from the project last week.

Maren Morris, on the other hand, isn’t quite on a press run. After all, her breakout album Hero was released last year. But the Grammy-winning and CMA-nominated country singer performed the single “Rich” last week on The Tonight Show Starring Jimmy Fallon. Check it out below.

Then, just last night, another North Texas singer also performed on Fallon. After failing to prove that she’s BFFs with the show’s host, Colleyville’s Demi Lovato continued her massive summer by performing her huge “Sorry Not Sorry” hit on the show. Peep that performance below:

Who could be the next Dallas act to grace the late-night circuit? According to a new Noisey feature, Dallas rapper Cuban Doll might be the region’s next breakout star. The piece describes the 19-year-old rapper as the “perfect combination of Chief Keef and Aaliyah,” and premiered her latest single “Exposya” from the aptly titled upcoming mixtape, Aaliyah Keef.

While we’re talking new music from the city’s premier artists, we’d be remiss to not make note of Cardo’s latest collaborative project G-Worthy with rappers G Perico and Jay Worthy. The trio released the track “Never Miss” last week, and the superstar local producer describes the song as a soundtrack for some “late night mobbin.” The full project from the trio releases September 29 via Fool’s Gold Records.

Rapper Diego Money, on the other hand, is releasing new music via Twitter’s demand. The bi-coastal rapper — that’d be the west coast and the third coast — told his followers that, if they wanted to see the video for “Blue and Green,” arguably the best song he’s released this year out of the dozens of tracks he’s put out, they’d need to get the teaser tweet 2,000 likes. After hitting the goal in about 24 hours, we now have the video.

While we’re not exactly keeping count, we’d guess that Diego Money and T.Y.E have released more songs and videos than any other local acts this year. So it’s no surprise that, on the same day Diego Money dropped his latest clip, we got a video for T.Y.E’s “Asshole,” one of the tracks from the Oak Cliff rapper’s debut album, 32. As you watch the Deep Ellum-filmed feature below, look out for a cameo from Central Track’s founder and editor-in-chief Pete Freedman.

But, as they say, when one door closes, another one opens. Which brings us to this week’s final bit of news: A new Dallas venue called Blue Light, which will be an offspring of Lubbock’s popular bar and venue of the same name, is coming soon, according to a new Facebook promo clip. Check it out below.