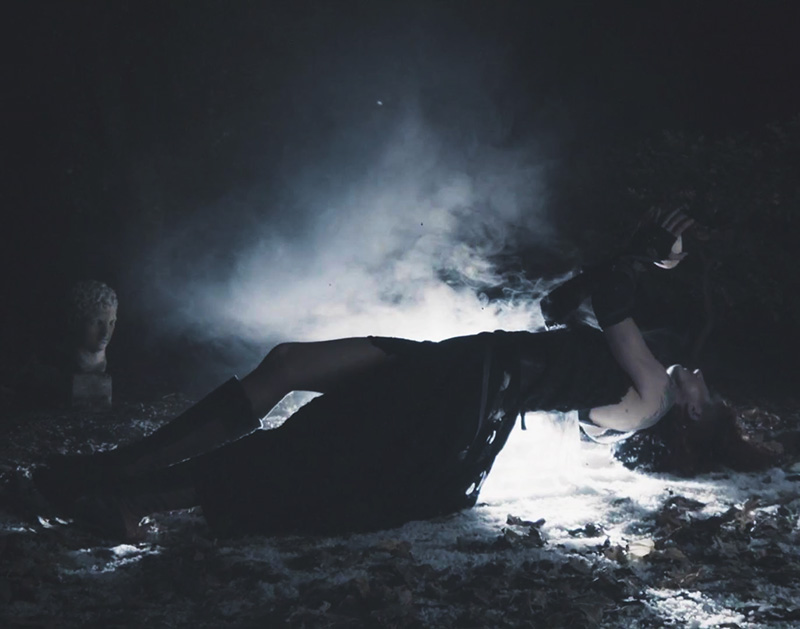 Scott Copeland Is Back Behind Bars, The Range Goes Pop, Mad Flava Reunites, So What?! Music Festival Reveals Its Schedule and Everyone In Town Put Out New Videos.

“Always in and out of trouble, an enemy of the state / Why I can’t I get my act together, dollar short, a day late.”

To recap: Copeland recently spent a month in jail for, according to the Fort Worth Weekly, being “in possession of less than a gram of a controlled substance [while he] was on probation for a previous conviction.” And, as of Monday, after a month out on bond probation, he’s now headed back to state prison to serve a six-month sentence, which he pleaded down from the maximum two years.

This is not to say that Copeland hasn’t had a handful of highs mixed in with his lows of late. For one, he got married behind bars last month. And that came right around the same time that Jinks prominently wore a “Scott Copeland and the Haters” T-shirt while performing on Conan. Copeland also made the most of his month of freedom, cramming in a few performances while on the outside, including an acoustic show with Jinks at Lola’s Trailer Park this past weekend. He also reportedly finished recording scratch tracks for his upcoming LP, which musicians like Roger Ray, Jeff Dazey, Andrew Skates, Mike McClure, Scott Boland and Dirt Stinnett will be able to plug away on in the meantime.

It was while recording those tracks that Copeland experienced one of the most touching moments of his career. Per a “going away” post on Copeland’s Facebook page: “During the middle of an evening session, Cody Jinks himself walks into the studio with a gift for me. He proceeds to hand me a Brand New Bozeman Gibson J45 guitar. The guitar I have always wanted just never had 5 or 6 grand. He hands it to me and says, ‘This is on behalf of all the songwriters you have influenced and just don’t know it.’ I fucking cried like a 4th grade schoolgirl in front of him and all the musicians in the studio.”

So, yeah, it’s not all bad. And as artists like Great Divide, Cross Canadian Ragweed, Mike McClure, Jason Eady, Stoney Larue and Casey Donahew, who have all recorded Copeland’s tunes in the past, can all attest to, a six-month stint behind bars will likely only give Copeland more material to put into his future songs.

Meanwhile, fans of musicians like those Copeland has written for are none too pleased with Fort Worth-based radio station The Ranch’s new “no-limits playlist.” As reported by the Star-Telegram, fans of its longstanding red dirt station are up in arms about more mainstream pop country acts like Miranda Lambert being added to the list. And if I know what they’re thinking…

Anyway, maybe they should do something about it. Take, for instance, one-man psych musician Ty Richards, who recently started his own radio show “for the kids who hate radio.” Check out the first episode of his “Life on Mars” radio show here.

Another option those folks have is to just turn off the radio and head to a live show. There are certainly no shortage of venues around town, especially not now, what the Dallas Cowboys‘ new $1.5 billion headquarters The Star up in Frisco announcing plans to throw its helmet in the big concert ring, starting with a James Taylor gig on July 31.

Or, for those of us who aren’t 90 years old, there’s the So What?! Music Festival, which finally revealed its three-day lineup schedule. For its tenth anniversary, they’re taking over Deep Ellum on Friday, March 24, with shows at The Prophet Bar, Trees, Curtain Club, Dada and Reno’s. Highlights from those include Power Trip’s album release at Prophet, and an early Forever the Sickest Kids reunion at Trees. On Saturday and Sunday, things move over to Air Hogs Stadium in Grand Prairie, where highlights will include 10-year album celebrations from Mayday Parade, Envy on the Coast, Four Year Strong, Set Your Goals and We the Kings.

The alternative would be to just stay home, and watch music videos. To that end, there was an unusually high number of them released by local artists this week.

Meanwhile, Dead to a Dying World premiered a new one this week via Noisey. Directed by Sera Timms (Black Mare, Ides of Gemini), the 2015 favorite “Cicatrix” features guest performances by Daron Beck (Pinkish Black), Jamie Myers-Waits and Eva Vonne (Sabbath Assembly), and Sarah Ruth Alexander (They Say the Wind Made Them Crazy).

Rob Viktum’s got a new one out this week, too. His is an animated clip for a track called “Presidential Bubble Goose” off his just released, 15-years-in-the-making, very great new hip-hop LP, Shoot The Messenger. Also featured on the track are Awar and Conway.

In other moving pictures news, Maren Morris was featured on the latest edition of NPR’s Tiny Desk Concerts series, which was recorded just days after she performed with Alicia Keys at the Grammys, proving that she’s just as capable of performing the massive stages as she is the tiniest and most intimate.

Finally, let’s get to some quick hits to close out the week of music news:
• Dallas R&B singer Demarcus “X-Man” Washington was fatally shot on Sunday, for real. He was 34.
• Legendary Dallas rap crew Mad Flava is getting back together for a performance at Three Links on March 31.
• Dallas rapper Mo3 signed with Epic Records.
• Following Josey’s lead, Spinster Records is also opening an outpost in Tulsa.
• For the second time in a year, a local musician — a rapper this time — has faked his own death to promote a project. We’d tell you his name, but we’re not into giving him any more attention than he deserves for a bullshit stunt like that. Which is to say none.

Cover photo a still from Dead to a Dying World’s “Cicatrix” music video. Got a tip for White Noise? Email us!