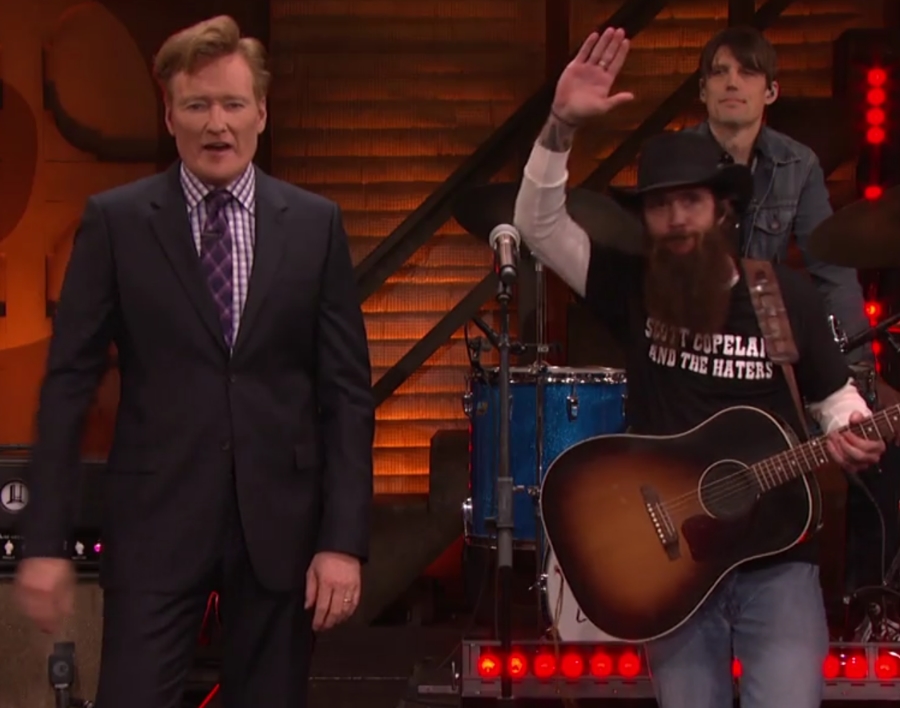 It’s by no means a rare occurrence to catch a North Texan performing on various late-night talk shows.

Leon Bridges pretty much hit them all in 2015, and Parquet Courts have been regulars on the circuit as well. With her breakout 2016, Maren Morris has done her fair share of them, too. Not to be forgotten, Son of Stan’s Jordan Richardson also held down drum duties for Domo Genesis’ on Jimmy Kimmel Live! last year.

And those are just a few examples that quickly come to mind.

But it’s a bit more exceptional to catch as many and in such short span as we did this past week. Last Thursday and Friday, three different shows featured North Texas talent over the course of two days.

On Thursday, it was Fort Worth country singer-songwriter Cody Jinks making his national television debut, performing the title cut from his critically acclaimed 2016 LP I’m Not the Devil on Conan. Notice that for his no-frills performance, he dons the shirt of Fort Worth-based Americana musician Scott Copeland to boot.

Also on Thursday, when the Dallas-loving Nelly Furtado debuted her new track “Cold Hard Truth” on Late Night with Seth Meyers, her small backing band featured two Dallas fellas. Holding down keys and samplers was Bobby Ray Sparks and Adam Pickrell. Another interesting note from the performance: Furtado wore all queer designers of color in a quiet protest of some of Trump’s discriminatory policies.

The next night, on The Tonight Show Starring Jimmy Fallon, late-night vets Parquet Courts returned to perform the title cut from their Grammy-nominated (for Best Recording Package) Human Performance LP.

If this is North Texas music’s future, we can get used to it.