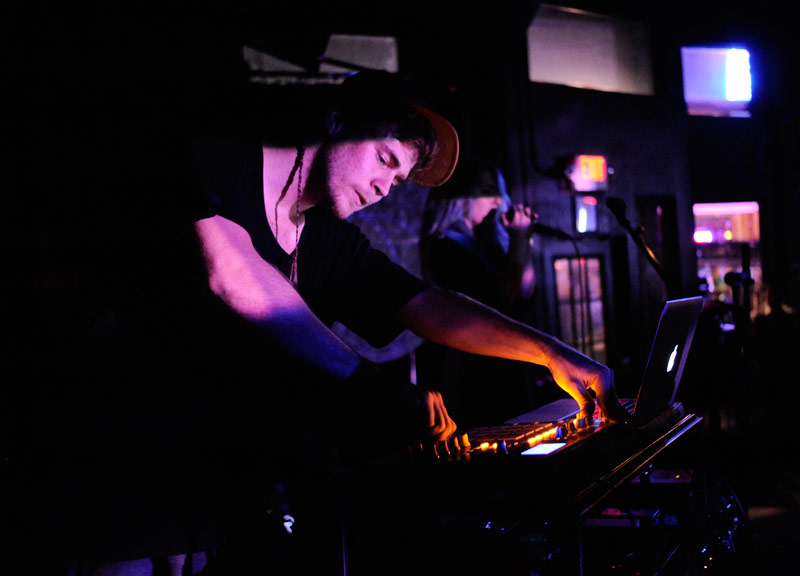 So. Much. Fest. News. Also: Faking Your Death Is A Shitty Way To Promote An Album, Huh?

After this past weekend, another 35 Denton has officially come and gone, thus marking the unofficial start to festival season in DdFW. This coming weekend, North Texas will tick two more fests off its docket when Spillover takes over Deep Ellum for three straight days, and the newly rebranded So What?! Music Fest makes QuikTrip Park its home for two days.

As a quick aside, we should point out that you can now find the complete Spillover schedule here.

Anyway, those three aside fest references, there’s lots more fest news to get to this week, so let’s just get right to it.

No surprise here, but Untapped, which has now expanded to five cities, returns to Fort Worth’s Panther Island Pavilion on Saturday, June 11. That one will feature the very Spune-y lineup of Built to Spill, Hayes Carll, Grupo Fantasma, David Ramirez, Rayland Baxter, White Reaper, Bummer Vacation and The Hendersons, as well as over 300 beers representing some 70 different breweries.

Also returning for the 22nd year is the oft-criticized Deep Ellum Arts Festival. Perhaps the first sign that Deep Ellum has enough cool shit going on of its own for an out-of-town fest to come in and clog up traffic to peddle dentist office paintings is the fact that this year’s incarnation has been moved over and down several blocks to a less-busy couple of blocks than years past. This one will go down on the stretch of Main Street between Malcom X and Exposition on April 1, 2 and 3, and feature more than 100 original bands including Charley Crocket, Parallel Play, Northern National, Dezi 5, Valise and Brave Combo.

Also announced this week was the 97.1 The Eagle‘s also long-running BFD, which returns to Gexa Energy Pavilion on May 29. Featured on that one will be Shinedown, 3 Doors Down, Sixx A.M., Collective Soul, Adelitas Way, Stitched Up Heart, Lacey Sturm, Drowning Pool and Shaman’s Harvest. Tickets are available here.

And if all goes according to schedule, those Bulladora Music Experience folks should be set to announce who will be joining Yeasayer for its inaugural run come tomorrow at some point. You better believe our breaths are baited.

Speaking of lineup after lineup: Doc’s Records continues its streak of being the place in Fort Worth to celebrate Record Store Day. When that annual celebration goes down on Saturday, April 16, the lineup of in-stores at Doc’s will include Andy Pickett, Jake Paleshic, FOGG, Chanel Zero and The Cush. Stay tuned for announcements of who’ll be performing at Josey Records and Good Records‘ respective blowouts, which should come any day now. In the meantime, browse the list of releases you’ll be camping out for this year here.

Anyway, with all these cool fests in North Texas, not to mention Texas as a whole, it’s curious that the Texas Lottery‘s new live music-themed scratch ticket game will feature trips to out-of-state festivals as prizes. The $5 scratchers will offer trips to California’s L.A. Live and Stagecoach fests, Alabama’s Hangout Fest and Seattle’s Bumbershoot.

That’s not to say at least some folks aren’t starting to realize how cool things around here are. On its way to record some episodes in Austin during SXSW, USA Today‘s Dad Rock podcast made a pit stop in Deep Ellum, where Gavin Mulloy and The World Famous Tony Williams set ’em straight for a couple minutes.

On the other hand, something that is decidedly not cool is faking one’s own death — especially when that fakeout is, seemingly, in order to promote the release of one’s upcoming album. Many in North Texas experienced a roller coaster of emotions on Monday when native Dallas electronic musician — and, full disclosure, former Central Track intern — Taylor Cleveland posted a message on his Facebook indicating that he had died. Read that post:

“I regret to inform you, from the bottom of my heart, that Taylor is no longer with us-physically. As his manager, I have had the opportunity to see this individual grow into an amazing force, inspiring and influencing people from Dallas to Reykjavik. This sudden news comes with a bitterness that stings my heart because I know that he was capabale [sic] of so much. This announcement is to let those who know and care about Taylor to acknowledge this passing, and to perhaps reflect or share your favorite memories you’ve had with this wonderful identity. I plan to honor Taylor’s last project, “Reify Your.Self,” and continue his campaign until April 1st, 2016 because it would be a shame for his hard work to go unnoticed.”

We’ve since confirmed that Cleveland is, in fact, alive. The “confusion” comes from a concept he laid out in this fake TEDx Talk from last year, in which he describes how the old Taylor has been supplanted by a sentient digital identity that’s taken over all of his social media feeds. Clever? Maybe. Pretentious? Probably. A total bullshit way to treat your friends and family? Abso-fucking-lutely.

Moving on, frequently televised local treasure, Leon Bridges added to his tally of national television appearances recently when he was interviewed on The Today Show last week and also performed. Here’s some of that footage, ya cord-cutter.

Moving on, we’ve got a few music videos for your Internet-watching pleasure. First up is the new one from the Denton ex-pats in Future Punx. “How to Dance” is the third single from August’s This Is Post-Wave. Watch trippy digital versions of the band dancing on your interweb screen below, and live in person when they perform at the aforementioned Spillover Fest this Sunday.

Meanwhile, back with his fifth straight killer clip is North Texas’ reigning music video king, Son of Stan, whose Gilligan’s Island-themed “Harbor Boat” treatment features all the VHS-era nostalgia, shtick-y special effects and strange plot twists that have come to define much of the Wizard Vizion collective’s output. This one was directed by Kilby Rodell, who was not only responsible for the band’s “Loseyomind” video, but is the namesake of the Georgia EP tune. We’re guessing anyway. We wouldn’t put it past ol’ SOS to pay homage to the micro-chip guy. Anyway: Video!

Yet another new music video this week comes from psych-loving young’uns Moon Waves, who are really coming into their own. Here’s a simple-yet-effective black and white clip of the band’s “Warfare” single.

Moving on, we’ve got some new-release news to touch upon. Maren Morris will continue her country music takeover when she releases her debut LP, called Hero, via Columbia on June 3. And heavy psych band Wo Fat will do the same, releasing its new disc via Ripple Music in May.

Next up, a couple of tribute disc-related items. In conjunction with Don Cheadle‘s new Miles Davis biopic, a whole bunch of artists have been tapped to put their own spin on Davis’ tunes, including Erykah Badu, who takes on “Maiysha (So Long),” complete with local up-and-comer BeMyFiasco on backing vocals.

Then there’s the whole bunch of artists — Ben Kweller, Hayes Carll, Slobberbone and Those Darlins to name a few — who contributed tracks to Desperate Times, a new crowd-funded charity disc paying homage to the Old 97’s that’s raising money to build wells in developing countries.

And, finally this week, ahead of its upcoming Kessler Theater reunion gig, a soundboard recording from Decadent Dub Team‘s 1987 performance at Theater Gallery has found its way online.

Cover photo of Taylor Cleveland by Jeremy Hughes. Got a tip for White Noise? Email us!