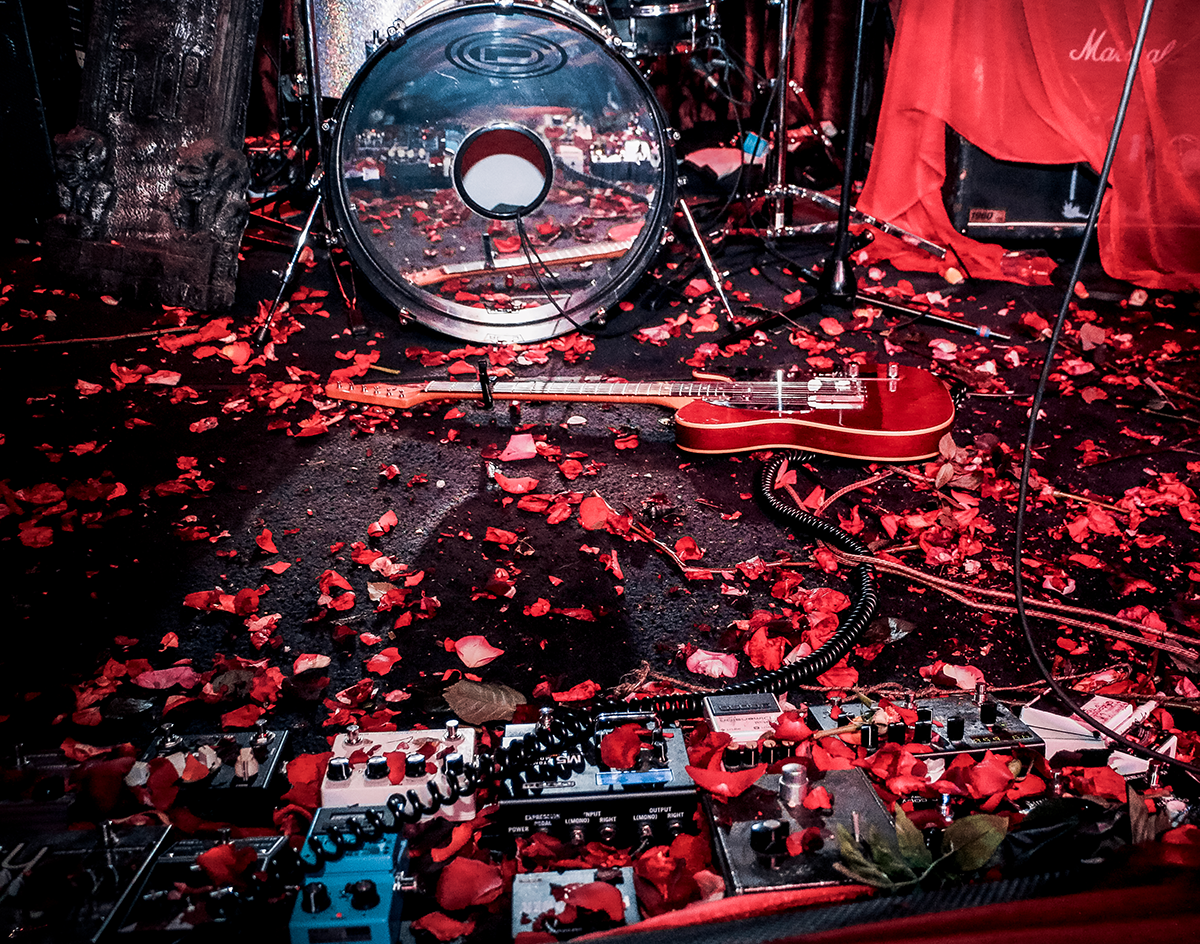 As if this year hasn’t already had its share of immense tragedy, death’s sting has persisted yet again this week. This week’s biggest music story is the untimely death of Chicago rapper Juice WRLD, who was pronounced dead following a seizure on Sunday morning. Earlier this year we would have never guessed that his set at Frisco’s first (and possibly last) Unruly Citizens Fest would be his last DFW gig, but we are nonetheless grateful we had the chance to review it.

In honor of the late “Lucid Dreams” rapper, we have been listening to the song “Syphilis,” a 2019 single that was co-produced by none other than Dallas’ own Cardo:

We wish the grief stops there, but it doesn’t. DJ Big Baby, an icon in the Dallas hip-hop scene who spun in both club and radio settings, died Monday night. The cause of death is currently unknown, but mourners, including Play from Play-N-Skillz, paid tribute:

Rip Dj big baby…growing up being around watching him and my uncle Mauri do what they did all on their own was more than inspirational to me..he’ll be missed

By way of more death-related news, more details have emerged regarding the fatal car accident that took Wylie-based country singer Kylie Rae Harris’ life. On Friday, the Taos County, New Mexico’s Sheriff’s Office said in a news release that Harris was intoxicated and speeding at the time of the collision. Her blood-alcohol concentration was reportedly gauged at .28, nearly three times the legal limit of .08 as she drove 102 mph.

Over the weekend we also reached the 15-year anniversary of the death of the dearly-departed Dimebag Darrell, who was murdered during a Damageplan set at Columbus, Ohio’s Alrosa Villa. Dimebag’s former bandmate and Pantera vocalist Phil Anselmo penned a touching tribute via Rolling Stone.

If seeing Anselmo grieve is too much for you, you may find a recent selfie of his with Post Malone to be a tonic for such forlorn. He even threw in a lame dad joke to make it more wholesome:

Speaking of Post Malone and things that are wholesome, Mr. White Iverson treated employees and customers of the Chicken Express in Southlake, of which he is a former employee, to free Crocs. It was an exciting event, but it should be noted that he wasn’t actually in attendance. Some were bummed about this, but when you acquire 6.5 billion streams globally and become Spotify’s most streamed artist of 2019, the 168 hours of your week suddenly seem more scarce.

Surely if his time wasn’t so valuable he wouldn’t be headlining 2020’s Hangout Fest in Gulf Shores, Alabama along with Red Hot Chili Peppers and Billie Eilish. We’re talking one of the largest festivals in North America, and one that is in the same tier as Coachella and Lollapalooza. Any slot on any of these festivals is rather coveted, but to be billed as a headliner? Well, that’s a certain cloud nine for touring acts.

Speaking of Coachella, remember that brief drama between the festival and Show Me The Body? While some perceived the New York hardcore punk band as ungrateful for the opportunity, something tells us that playing a corporate festival suddenly doesn’t seem so bad.

The band was originally slated to perform Club Dada on Monday night, but over the weekend, it was forced to cancel the show after a member of its crew got arrested in Yuma County, Arizona.

A MEMBER OF OUR CREW WAS ARRESTED AS WE ENTERED ARIZONA TWO DAYS AGO. WE NEED TO CANCEL DALLAS, AUSTIN, AND NEW ORLEANS. OUR SINCERE APOLOGIES TO EVERYONE WHO WAS READY THROW DOWN WITH US, AND TO @_HEALTH_ AND @daughters_band WE WILL BE JOINING THEM AGAIN IN BIRMINGHAM pic.twitter.com/OQ7ghUZlOA

Another band that hasn’t been having much luck in the context of touring is Rosegarden Funeral Party. On Friday night, the Dallas post-punk band’s van flipped over following a sharp turn. Thankfully, the band members themselves are okay and there were no reported injuries, but this came just as the band was gearing up for a January tour. So as you can imagine, the band is in a race against time in searching for a new vehicle.

Vocalist Leah Lane created a GoFundMe listing with a modest $6,000 goal. It amassed over $2,300 in just nine hours, so if you are inclined to chip in, time may be on their side.

We’re tempted to say that the outpouring of support is an uplifting bit of news, but to do so would be to undermine the unfortunate circumstances surrounding it, so we’ll instead attempt to keep spirits high in reporting that St. Vincent and Carrie Brownstein are going to Sundance Film Festival 2020. The art-pop musician and Sleater-Kinney member are both costars and cowriters in a new movie titled The Nowhere Inn, and last week, it was announced that the motion picture will be debuting at the Robert Redford-affiliated film festival.

The festival will take place between Thursday, January 23 and Sunday, February 2 in its usual Park City, Utah stomping grounds.

Moving on, Dallas rapper Jiggy Green received a pleasant surprise when his song “Crew” was played during a Dallas Mavericks game:

Not to brag, but we’ve been hyping this single ever since we named it our Song of the Day back in October. In fact, we at Central Track try our best to keep our ears to the ground, which is why we devote the end of each White Noise segment to highlighting new releases from North Texas-affiliated artists.

Tay Money has finally graced us with her new full-length Hurricane Tay, and the album boasts features from locals like guitaremoji to heavy-hitters like DaBaby and YNW Melly:

(:hristian, another Dallas hip-hop artist whose praises we’ve been singing, uploaded a video for the compression-heavy track “i don’t need no rest”:

i don’t need no rest pic.twitter.com/pIQb6j15M1

Also amid this cavalcade of local hip-hop releases is a fresh music video for JOULE$’s song “Flammable”:

If you’re in the mood for a Texas band covering another Texas band, you may be stoked to find out that Bowling For Soup dropped a new video for its cover of Blue October’s “HRSA,” which was recorded for the purpose of mental health advocacy:

And finally, we don’t get new releases from Eleven Hundred Springs often, but when we do, it’s cause for celebration. That’s especially the case for the country outfit’s latest cut “This Morning It Was Too Late”: