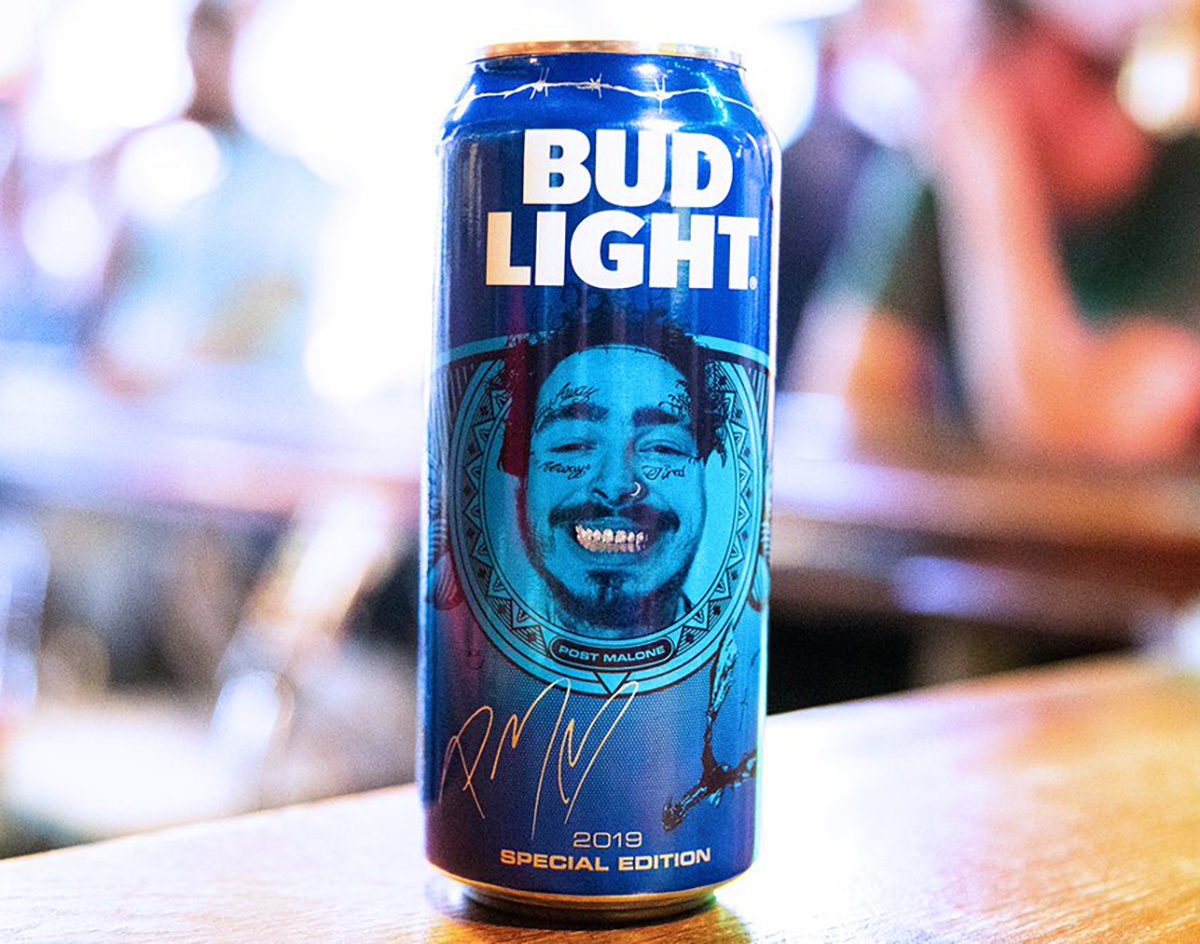 If you have “Post Malone gets his face imprinted on special edition cans of Bud Light” on your 2019 bingo card, you can now cross it off.

According to a press release, the special edition cans Stoney and Anheuser-Busch have teamed up on are being sold in 15 cities across the U.S., seven of which are in Texas (Austin, Dallas, Houston, Laredo, McAllen, El Paso and San Antonio). Now, with Posty Fest less than three weeks away, some (by which I mean myself ) have wondered if these cans will make a special appearance at the affair. When reached for comment, Dallas Cowboys Media Relations Coordinator Joe Trahan didn’t have an official answer. No biggie, there are many moving parts to this entire operation, so we decided to hear straight from the horse’s mouth.

Rich Post, the Cowboys’ Assistant Director of Food and Beverage and Post Malone’s father, confirmed to Central Track yesterday that they will, indeed, be sold at the festival.

We’re glad organizers have stepped up to make sure that there is enough water on site. Zing!

Jokes aside, it’s a relief that the Cowboys are still involved in the festival game, recent legal setbacks be damned. Speaking of legal setbacks, you might recall Dallas Morning News columnist Robert Wilonsky’s article last month on Longhorn Ballroom’s complete dumpster fire of a lawsuit. Sure, that was a blemish on the venue’s reputation, but many thought, “Eh, that picture of Sex Pistols and Merle Haggard on the same marquee is still sick,” so for the most part, we figured it would blow over.

Now it appears that our collective amnesty is being exhausted. Turns out, that Explosions in the Sky show we hyped up a couple months back is not happening, and it goes beyond speculation to say that these legal burdens played a role in that. See for yourself:

Dear Dallas, we were excited about playing the Longhorn Ballroom at the end of this tour, but unfortunately the venue’s having some legal trouble, so rather than risk the show not happening last minute, we’ve decided now that we’re going to re-schedule the show for the spring…

By way of news pertaining to shows that actually will happen, the details surrounding Denton’s 18th annual Rock Lottery have just dropped, and unfortunately, you’re going to have to choose between it and Posty Fest, as both events take place Saturday, November 2.

This sells out every year, and all proceeds will go toward Denton nonprofit radio station KUZU. Of course, n true spirit, it consists almost exclusively of local artists on the rise. Tickets are on sale now.

Our reputation of sprouting such talented artists is not lost on NPR Music, which published an October 9 listicle titled “Slingshot Scenes: North Texas’ 20 Under 20.” It’s rather self-explanatory, and the writers did indeed knock it out of the park in its curation. The artists listed include:

Congrats to everyone on this list. This is only just the beginning!

On that note, here are some notable releases for this week:

Brionne dropped a music video for the remix of her song “Tropics,” with features from Pat Ron and Sleazy Ea$e:

Yella Beezy did a feature with NLE Choppa on Rubi Rose’s new single “Hit Yo Dance”:

Denton’s AV the Great has a new video for the song “Small Giant” that has apparently been two years in the making. Judging by the 45.5k views it has garnered in just the past two weeks, we’d say that hustle was worth it:

And finally, Power Trip premiered a studio rendering of the song “Hornet’s Nest” on 97.1 The Eagle Sunday night. It hasn’t been uploaded on Spotify yet, but here’s an old YouTube upload: