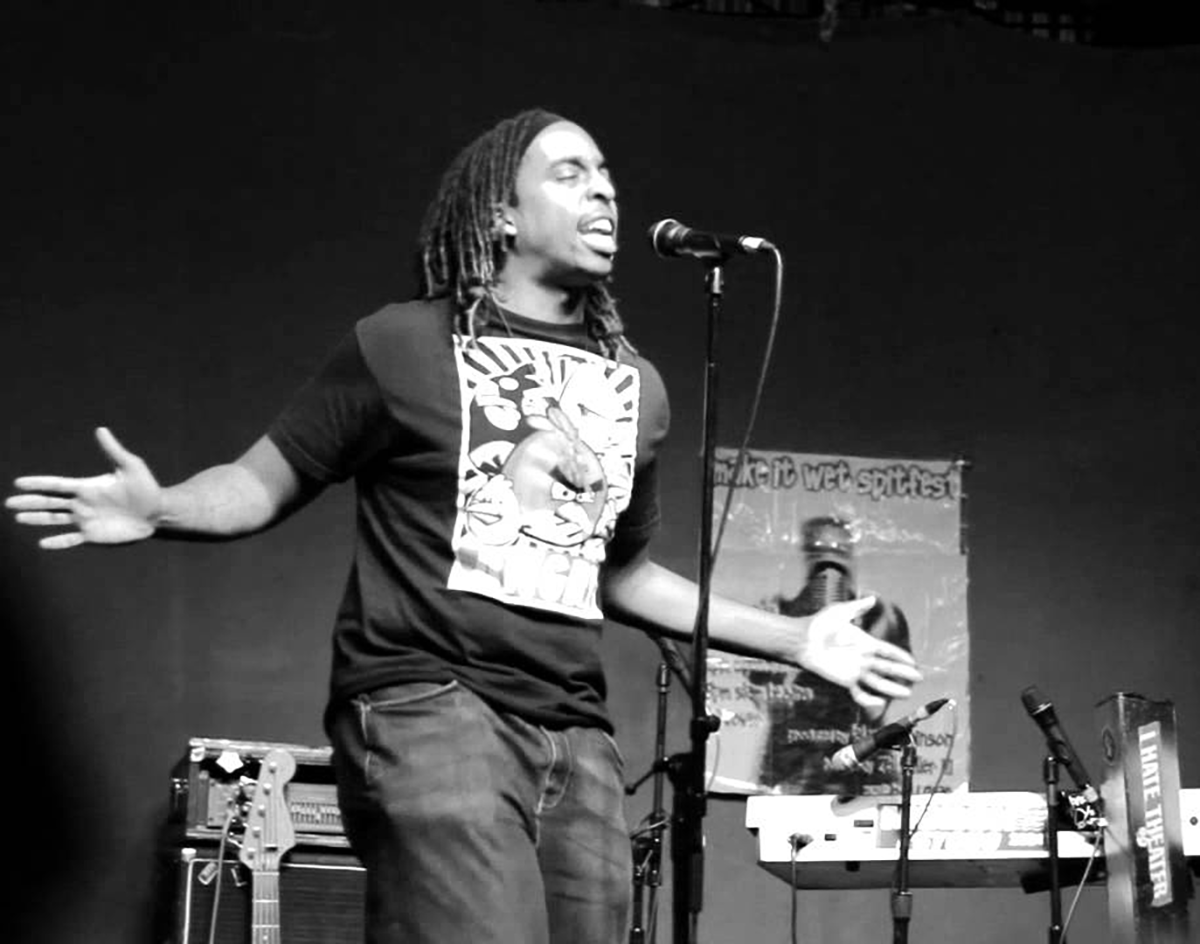 The Slam Poet And Rapper’s Commitment To Local Art Will Be Missed. So Will His Passion For Fighting The Stigma Surrounding Mental Health.

We’re sad to report that Adam Tench, the Dallas slam poet, activist and rapper who performed under the name Rage Almighty, died on Sunday. He was 35 years old.

The cause of death was reported to be cardiac arrest.

Tench was born in Boston, Massachusetts on January 1, 1983. At age 13, his family moved to Dallas where he developed a knack for poetry. Initially performing under the moniker “Baby Rage,” his ambition was so extensive that he acquired a fake I.D. so he could take his talents to open mics and other club-hosted poetry events.

Tench would go on to be one of DFW’s most reputable poets, and his many achievements are a testament to the life he lived. He was the Dallas Grand Slam champion in 2013 He won the 2014 North Texas Spoken Word Award for Poet of the Year. Eventually, he performed at the Paris World Cup Poetry Slam, where he represented the United States.

Due to his commitment to fighting a never-ending battle against the stigma surrounding mental illness, Tench found strength in vulnerability and had the wisdom to understand both traits are compatible. He wrote candidly about mental health in his poetry and led youth workshops where he encouraged emotional intelligence and open conversations about mental illness among communities of color. At 2016’s Louder Than a Bomb Poetry Festival in Dallas, he was named Teaching Artist of the Year.

Tench touched many lives, and as such, other respected figures in the poetry community have paid tribute:

We express our love and extend our condolences to the family of @ragealmighty and the @dallaspoetryslam community at this time. Poet, you brought a light to this artform that was elusive to many and you shined with absolute brilliance! Thank you for illuminating us all. Rest well pic.twitter.com/HqNWURcmyG

@Ragealmighty my heart is broken today-brother. You were the best of us, poets. You were and am love. To hear of your passing is to lose a stanza from the greatest poem. Rest well brother. Job well done. 🙁
-Urban Thoughts pic.twitter.com/NhqiJX7MBI

If anyone needs to talk through their grief or if there is anyway I can assist you in your healing, please reach out to me by phone, DM, whatever.

Rest in poetry, King. Texas feels this one. @Ragealmighty pic.twitter.com/zOX62gwiXu