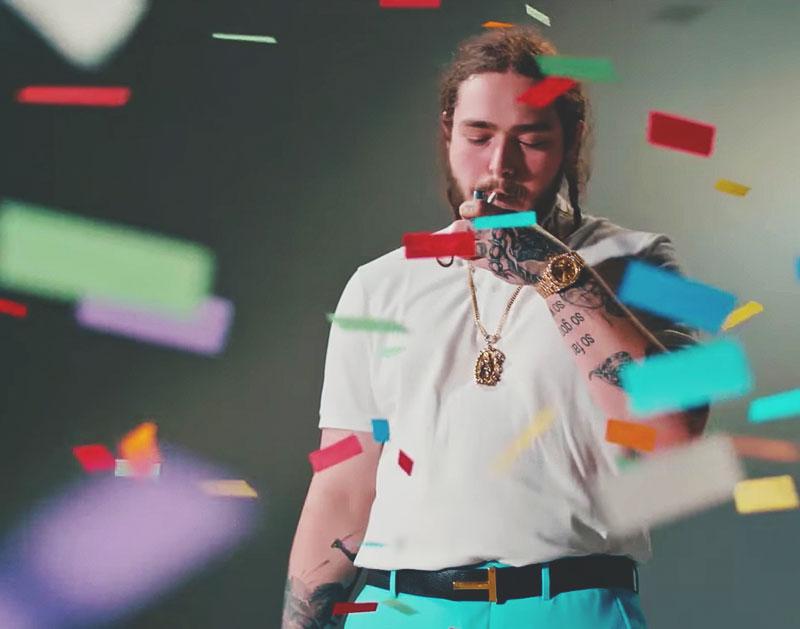 Post Malone Gets His First No. 1 Single, Tay-K Gets Hit With Another Murder Charge, The Texas Gentlemen Cover Depeche Mode and More Dallas Music Notes.

Once upon a time, the old guard was convinced that Post Malone was a one-hit wonder.

Now, every time we check in on the Grapevine native, he’s reaching a new peak in his unprecedented career. And this week, that new level is his 21 savage-featuring single “Rockstar” becoming the No. 1 song in the country according to the Billboard Hot 100 chart. It’s a first for both artists, and you can celebrate the accomplishment with the performer born Austin Post on October 24 when he visits The Bomb Factory for a homecoming show. Well, if you can your hands on tickets. Tickets to the show are currently sold out.

As Post Malone reaches new heights, Arlington rapper Tay-K 47 is facing a low. The performer born Taymor Travon McIntyre has now been charged with murder from an incident in San Antonio at a Chik-Fil-A where a 23-year-old man was shot and killed following an argument inside of an SUV that police believe McIntyre was in. It is the second murder charge the famously incarcerated 17-year-old is currently facing. It’s now MySanAntonio goes into greater detail here on the shooting and evidence against him.

In lighter news and as part of a commemoration of what would have been Fela Kuti’s 79th birthday, Knitting Factory Records announced that its latest series of box sets in tribute to the Afrobeat pioneer would be curated by none other than Erykah Badu. The seven-album box set features Badu’s favorite releases from the artist. The box set will become available just in time for the holidays, releasing on December 15 alongside a collection of essays on the artist’s genius from Badu. Pre-orders can currently be made right here.

And while there’s still no clear timing in place on Leon Bridges’ follow-up to his 2015 critically-acclaimed debut album, the buzz hasn’t worn down around the Fort Worth soul singer. The Independent recently ran an interview with electronic duo Odesza about their collaboration with Bridges on their latest single, “Across The Room,” which is sitting pretty at No. 3 on the Billboard 300. The duo told the publication they were huge fans of his work, and when the singer rolled through Seattle for a tour, they took the opportunity to get Bridges into the studio. Read the rest of the interview here and check out the beautiful video for the single starring Bridges himself.

Butthole Surfers also have a new album in the works — the group’s first since 2001. In honor of that reveal, the band talked to Rolling Stone all about it and joked with the publication that it’s damn near impossible for the album to end up being any good because “no one has ever put out a decent record 35 [years into their career]… except for Johnny Cash, but we’re not Johnny Cash.”

Speaking of new material, if you haven’t made plans yet for this weekend, maybe you should head to The Double Wide, where the venue will be dedicating both its Friday and Saturday nights to recording live the performances taking place inside of its performance space. Friday night features Loafers, War Party, Lizzie Boredom and Talkie Walkie, and Saturday’s deal will feature sets from Sealion, Party Static, Sub-Sahara and Teenage Sexx. Later in the year, recordings from these sets will be released as part of a live album.

The Texas Gentlemen know a thing or two about kicking ass in live settings, too. But they’re on our radar this week for showing us a whole new side of themselves, covering Depeche Mode‘s “Cover Me” as part of a band-approved remix album. Click the below embed to hear the Gents like you’ve never heard them before.

Meanwhile, the superteam trio G-Worthy, which features Fort Worth producer Cards Got Wings among its ranks released the official video for “Ain’t Trippin” recently. Check it out below.

CardiacTheGhost also has a new song and video out titled “SMOKE & GAS BOI.” The video was shot and directed by Greg Meza of After Death Productions, the same Dallas company behind the recent ’90s-influenced, Dallas-set video from Nelly Furtado.

Not to be outdone, Denton rapper Coach Tev has a new song titled “Issa A Great Day To Be Great” that you can also stream below.

And lastly this week, we present the below new video from Mystery Skulls for “Erase Me” off his latest album, One Of Us. If you’ve missed the former Dallas resident Luis Dubuc, be sure to catch him at this year’s revamped Oaktopia in Deep Ellum in November, which just added Lil Yachty and Casey Veggies to its bill. Get your tickets to that right here.