White Noise: NBC Apologizes To Selena Gomez For Jokes About Her Health. 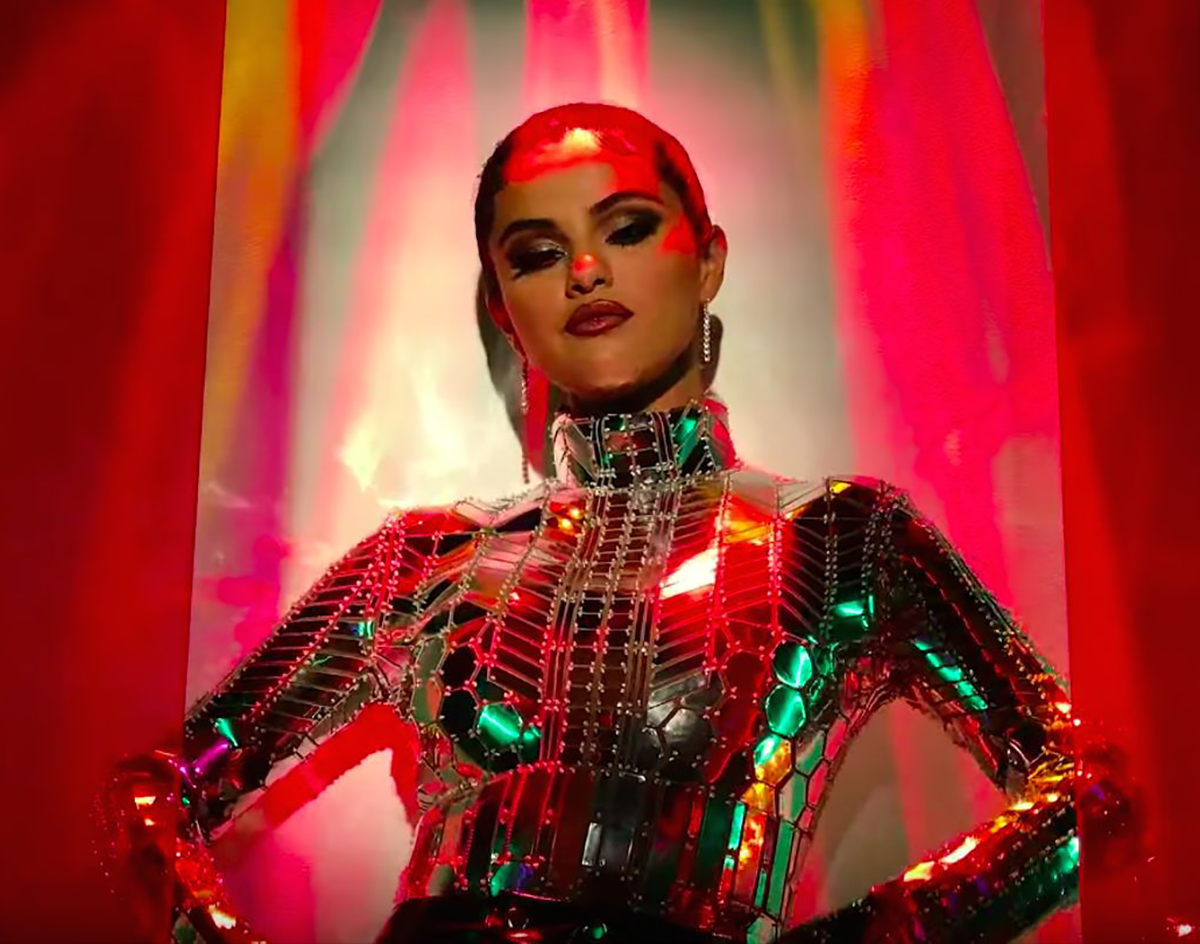 Selena Gomez Gets An Apology From NBC’s Saved By The Bell Reboot And Lakewood Landing Inspires A Track From Country Singer Troy Cartwright. Plus More!

The holidays are a time for giving, sharing and apparently dragging.

Such is the case with Demi Lovato, who, at this point, is too easy of a target for internet bluster. Remember Poot Lovato? Or the time she poorly worded a tweet about an airline? Or the time stan twitter edited a fart sound over a video of her feeling herself?

You would think by now she’s a little savvier with what she shares to social media. That doesn’t seem to be the case however.

On Thanksgiving, Lovato was featured alongside the likes of Billie Eilish in an Instagram post  by a California animal rescue center called Farm Sanctuary. The rescue center’s post, which showed the Dallas native cuddling a live turkey, captioned the photo with statistics about turkey killings for Thanksgiving every year, as well as information about how to adopt one of their turkeys.

Later that day, Lovato was sharing her roasted turkey to her instagram stories, naturally.

As to be expected, Twitter had some fun with it.

It’s not exactly groundbreaking internet cancellation, but entertaining nonetheless. No apology from Lovato yet, but we aren’t holding our breath.

Lovato’s on-again-off-again pal Selena Gomez is on the opposite end of apologies this week.

NBC’s Saved By The Bell reboot recently joked about Gomez’s 2017 kidney transplant, due to her ongoing struggles with lupus, something Gomez has said nearly killed her. The show’s sixth episode made references to her surgery with a line that included, “I know for a fact that Selena Gomez’s kidney donor was Justin Bieber‘s mom. God, I wish that I had my phone so that I could prove it.” Another scene also showed graffiti on a wall that read “Does Selena Gomez even have a kidney?”

A better question might have been “Did anyone even know there was a Saved By The Bell reboot?”

Gomez’s close friend and real-life kidney donor Francia Raisa took to twitter after the network issued an apology writing, “Appreciate the apology but let’s not forget about the donors that potentially felt offended and dismissed from the spray paint written on the wall.” The scenes have since been edited out of the episode.

Appreciate the apology but let’s not forget about the donors that potentially felt offended and dismissed from the spray paint written on the wall https://t.co/HIwa30PKMM

The Rare singer does have something to smile about, though. On Tuesday, streaming giant Spotify announced she rounded out the top 10 most-streamed female artists of 2020. Her acclaimed (and Central Track-approved) third studio album dropped earlier this year and hit no.1 on the Billboard 200 Charts its first week. She also joined K-pop behemoths BLACKPINK for what was sure to be a streaming goldmine.

Nothing but respect for our queens 👑

These female artists had the most streams across Spotify in 2020 #2020Wrapped pic.twitter.com/g0ftqg7u0Y

Country singer Troy Cartwright is also receiving praise with a new Billboard profile. In the piece, the 30-year-old Dallas native talks about the inspiration for his debut single with Warner Music, “Hung Up On You”, which includes a Dallas institution: Lakewood Landing.

Cartwright, of course, mentioned the Lakewood gem’s much-lauded bar grub declaring it “has the world’s best corndogs after eleven.” Production duo Yacht Money, who produced the song, attributes asking the singer to tap into his Texas roots and singing at a specific bar back home (the Landing) with helping him bang out “Hung Up On You.” Listen for that influence below.

As always, in closing video releases, there are a few you can’t miss this week.

Rock trio Anything But Human released a sort of stripped down black and white video for their single “Move On”:

And finally, following the release of her new LP Coping Mechanisms, Tayla Parx dropped a a very late ‘80s/early ‘90s video for her catchy “System”: