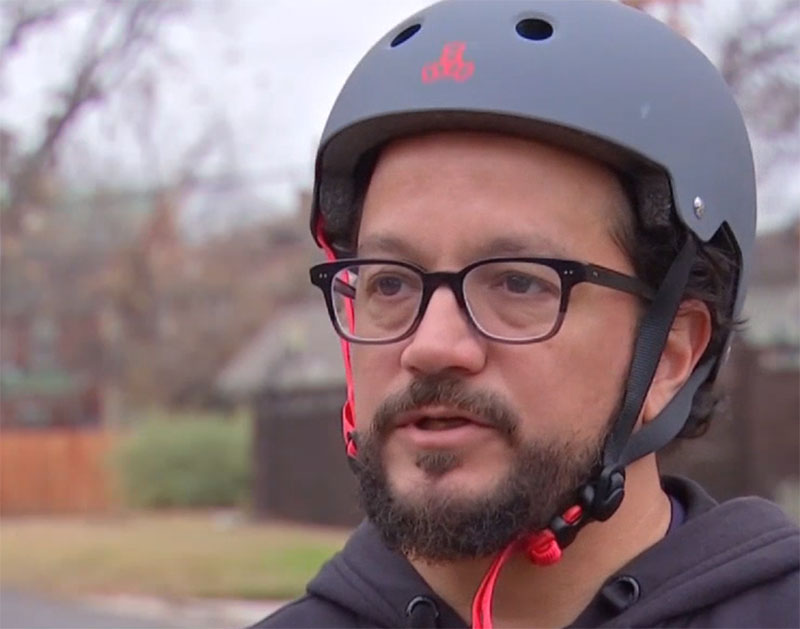 A House Legend Finds An Interesting Way To Reveal He’s Now A Dallasite, Kelly Clarkson’s Home Is Invaded, Tay-K Gets A Record Deal And So Much More.

In the piece, Farina casually compares Dallas’ bulk trash operations to those in his former residence of San Francisco, where the Chicago-born musician established his signature mushroom jazz style and made the city a destination for house music.

This news has been quietly out there for a while now — an SF Weekly story from May notes that Farina had moved to Dallas and booked a gig at the It’ll Do Club —  but, thanks to Farina’s insights on the efficiency of our city’s municipal functions, we’ll forever consider this piece the official word on the matter and proof positive that he’s making himself at home here.

Speaking of homes, Burleson native and pop superstar Kelly Clarkson revealed in red carpet interview with Extra last week that she had a scare at her Los Angeles home recently: It was apparently burglarized while she was away performing at a concert. In the interview, Clarkson made it clear nobody in her family was harmed during the break-in — they were all out of the house – but she was bothered by the amount of time the burglar seemed to spend in her daughter’s room. Ultimately, though, the “Since U Been Gone” singer brushed off the incident as a hiccup in the series of good fortune the family’s been through lately.

While it’s clear that Clarkson is concerned with getting out in front of the news before rumors start to swirl, Arlington rapper Tay-K doesn’t have that luxury — y’know, since he’s in jail facing multiple felony charges, as has been reported multiple times. So it’s not at all surprising that rumors were running rampant surrounding the incarcerated rapper last week when news broke that 21 Savage was involved with an official re-release of “The Race,” which came complete with cover art featuring the rapper posing with a wad of cash in Deep Ellum.

Following that reveal came a flood of fake news — that the rapper was released from jail, that he signed with RCA Records and, well, all sorts of other wild notions. Ultimately, though, the only true news to come out of the rumors is that Tay-K shored up a deal with the independent label 88 Classic. As XXL reports, the confusion with RCA being involved could stem from the fact that 88 Classic’s owner J Grand is the senior vice president of A&R at the major label.

Over at Republic Records, meanwhile, the label is giddy over the news that their Grapevine-raised cash cow Post Malone has the most-streamed music video of 2017 on Vevo. Between January 1 and November 21, “Congratulations (Feat. Quavo)” had over 309 million views at the time that Texas Monthly reported on the feat.  Even crazier news is that Malone’s latest video, “rockstar” is on pace to do even better streaming numbers but will be handicapped by its release date. Don’t be surprised if that video tops the 2018 list, though!

Speaking of fine accomplishments: While the Old 97’s may not be tearing it up on YouTube or Vevo on Yung Posty’s level, they are killing it in the world of Americana streams, as the band’s Graveyard Whistling LP was the 10th most played album on Americana radio this year.

Another area act to have had itself a stellar 2017 is Power Trip, which continued its run of accolades off the strength of its Nighmare Logic LP. This week, the readers of MetalSucks.net declared the thrash outfit’s album as their favorite of the year.

Finally, let’s close out this week with some music videos.

First up, there’s T.Y.E., who released this week yet one more music video off his remarkable debut LP, 32. The Dance Dailey-produced video is for “Lies” caps off a stellar year for the Oak Cliff rapper — well, if this is in fact his final release of the year, because it really wouldn’t surprise us if it weren’t.

Next up, check out the following video, which was directed by the incomparable Dallas artist Jeremy Biggers for area rapper Lu Sloan’s “Fresh Off Probation (Featuring Waka Flocka).”

And, lastly, let’s all check out the latest, just-dropped animated clip from Dallas ex-pat Mystery Skulls for his song “Endlessly” off of this year’s earlier-released One Of Us LP.