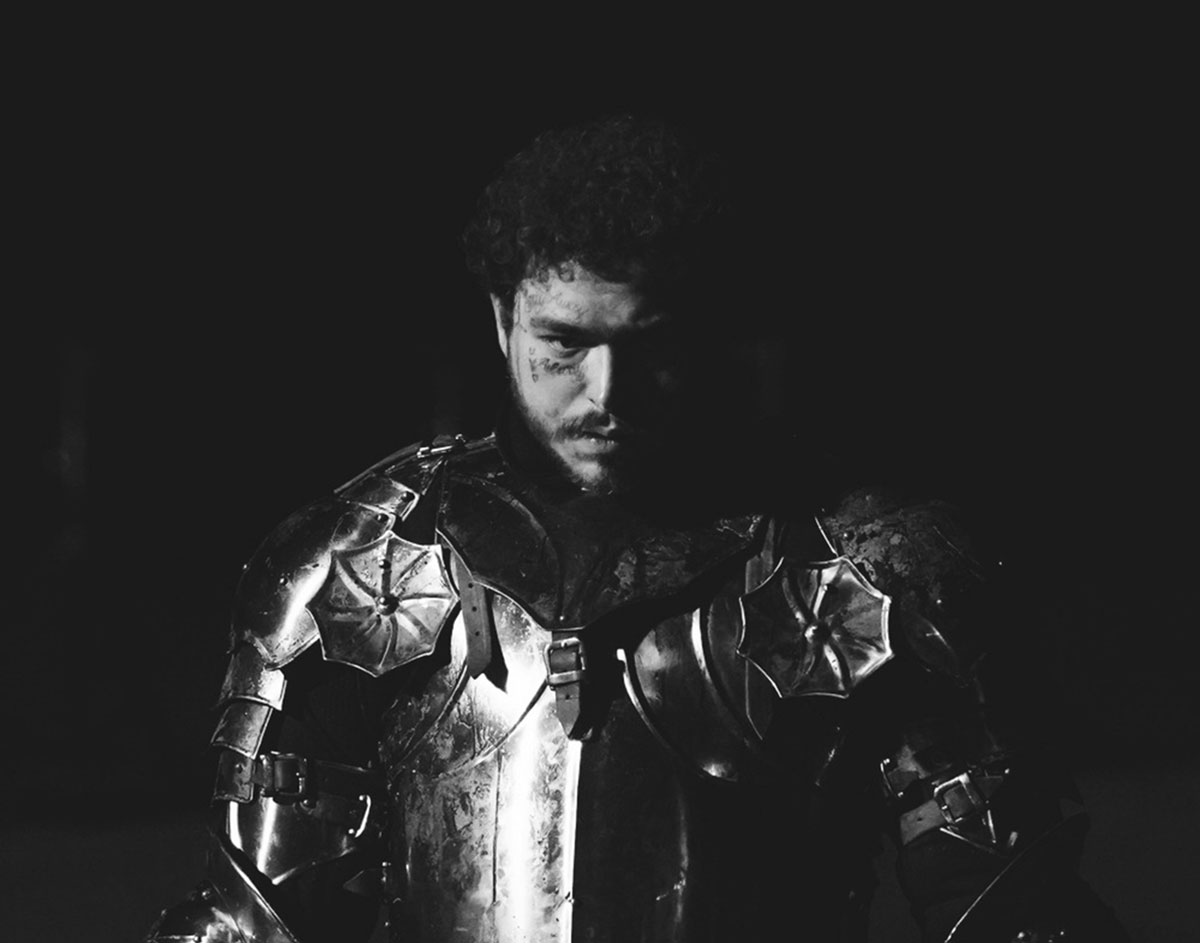 Post Malone Drops A Video For His “Circles” Single, Dave Grohl Grills Up Some Meats For Charity In Arlington, Leon Bridges Teases A New Collab & Much More!

This coming Friday, the Grapevine-sprung pop star Post Malone will release Hollywood’s Bleeding, his third LP since bursting onto the national scene in 2015. It should prove to be a star-studded affair, too: Last week, Posty revealed that the new album boasts features from Ozzy Osbourne, Halsey, Travis Scott, Meek Mill, SZA, Da Baby, Young Thug and his old Rae Sremmurd pal Swae Lee.

Could that roster provide a few hints as to the performers fans can expect to see as part of the still-not-yet-announced lineup at the musician’s second annual hometown Posty Fest, which is slated to go down less than two months from now on November 2 at AT&T Stadium in Arlington? We’ll go out on a limb here and say probably — especially since Post’s just-released music video for Hollywood’s Bleeding lead single “Circles” sure seems to indicate that the budget surrounding all things Post-related is indeed up these days.

Publicly shared online just earlier this morning, the clip finally answers the question as to why Post has been spotted in armor in the photos promoting the new LP: The clip’s got some serious Game of Thrones vibes going on in throughout it.

See what we mean for yourself:

Of course, Yung Posty ain’t the only collaborative superstar we’ve got around these parts, is he? Not at all.

In fact, just last week, Erykah Badu and her old beau, the Chicago-sprung rapper Common, reprised their old collaborative ways by making a surprise appearance at Dallas’ Booker T. Washington High School for the Performing and Visual Arts to give a little inspirational talk to the next generation of Dallas artists. The Dallas Morning News has more about what they had to say — and even some footage of a song they performed together (“The Light”) in the school’s courtyard. Check it out here.

Meanwhile, Leon Bridges used a new interview in CR Fashion Book last week to tease his long-rumored collaborative recordings with his old tourmates in the Houston psych trio Khruangbin. No word yet on when the recordings might hit, but Bridges says they consist of two tracks that sound like “psychedelic-gospel-R&B-’70s,” so here’s looking forward to them!

It’s always dope when artists flash different sides of their talents, isn’t it? Take, for instance, Foo Fighters frontman and Nirvana drummer Dave Grohl: Did you know that he is also an ace on the grill? Dude was in town this weekend for the annual Ride for Dime event in Arlington, where he manned the barbecue in the name of charity and posed for some pictures with some fans in the process.

Seeking charity this week, on the other hand, is the incarcerated Arlington rapper Tay-K, whose team sent out a tweet asking that fans send him money in prison.

SEND TAY LETTERS AND BOOKS. PUT MONEY ON HIS BOOKS WHILE HE’S IN SAN ANTONIO #RR4L

After recently getting sentenced to 55 years in prison following a guilty verdict on the first of a few counts he’s facing for a litany of heinous, alleged acts, maybe Tay-K’s finally starting to worry about his bottom line — some of which might be targeted by the families of his victims, the Observer reports.

Speaking of the Observer, we now know the date of its annual Dallas Observer Music Awards showcase: On Saturday, December 7, it will host some 50-plus nominees for its local music awards across various Deep Ellum venues. No word yet on the nominees, though.

If the powers that be over at the intersection of Oak Lawn and Maple are reading this, though, we have some suggestions for Best Music Video nominees. Just this week, local acts dropped some great ones.

The genre-bending GuitarEmoji also dropped some freshly squeezed content in the form of a video for his smrtdeath collaboration “Pink Lemonade” earlier last month:

Rapper Jui$e Leroy is similarly clamoring for your attention with his new “Non Religious” clip.

And, lastly, you might recognize some familiar faces in the new “Feelings” video from the Austin-based, Dallas-sprung synth act Missions.

Speaking of familiar faces: Some Dallas ones — we won’t say who! — got some Texas Monthly love this week thanks to the anonymous Instagram account they operate specifically for roasting the Oak Cliff-raised blues legend, Stevie Ray Vaughan. The big takeaway here? If you don’t already follow the Stevie Vague Wrong account on Instagram, you really should.

Also worth your eyeballs this week is this Fort Worth Magazine oral history with all parties involved in the creation of the Toadies‘ seminal Rubberneck LP some 25 years ago. We’re not too proud to say it blows our own interview with frontman Vaden Lewis on the occasion of that disc’s silver anniversary out of the water.

Staying on the subject of milestones: Fort Worth country star Cody Jinks made his debut at Nashville’s iconic Grand Ole Opry last week, so congrats there.

Congrats, too, to Dallas musician Kierra Gray for penning the lyrics to an updated, musical re-imagination of Peter Pan. Called Pete, the production will go down at Hamon Hall in the Winspear Opera House later this month. (More info here.)

Also updated an old classic recently was Bowling For Soup, who recently updated for 2019 the lyrics to their hit song “Girl All The Bad Guys Want” for the BBC.

‘Cause she’s watchin’ UFC, liking guys with neck tats!
Listening to Bring Me, got Post Malone on snapchat! 🤣@JordanNorth1 got Bowling For Soup to record a 2019 version of Girl All The Bad Guys Want and it might be the best thing you see today 😂 pic.twitter.com/kfVjo0I3en

Unfortunately, not everything gets renewed leases on life. Last week, the Fort Worth bar and music venue The Tin Panther announced via Facebook, rather abruptly, that it was closing its doors for good. Just earlier in the month, the Dallas pop-punk band Offended By Everything similarly called it quits via a social media posting.

Sometimes, though, social media actually spreads good news — like word of the Jacob Douglas Whipping Cancer Benefit at the Double Wide next Saturday, September 14. As we reported earlier in the summer, the longtime Good Records employee is engaged in a cancer fight, and with his bills stacking up, his music scene pals are coming to his aid. The performers list at this one is stacked, too: Tim Delaughter, Rosegarden Funeral Party, Nate Fowler’s Elixir, Skirts, Doug Burr, Oscar Delaughter, Loco Gringos, Motorcade, Smokey Mirror, [daryl] and American Werewolf Academy will all play. Do your part and attend, yeah?