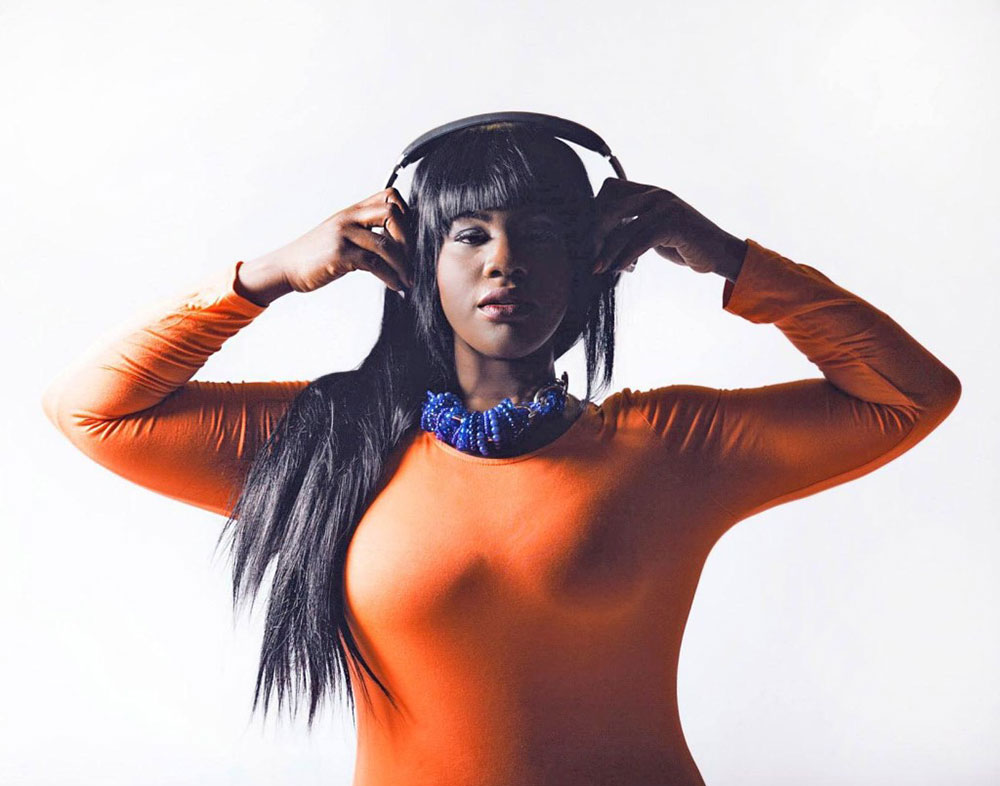 The official DJ of the Dallas Mavericks not only made history by becoming the first woman to DJ the NBA All-Star Game, she also earned a big feature from the Dallas Morning News before the big day in Los Angeles that highlighted her ambition, tribulations and immense success — including her nomination for Best Female DJ at this year’s Global Spin Awards hosted by Revolt TV. As that feature explained, part of the performer born Ivy Awino‘s appeal is her ability to broaden her audience’s sonic palates to Afrobeat and Afrofusion aesthetics — efforts she’s been celebrated for in the past.

But the in-demand DJ also just hustles like crazy — to the point that it can get a little tough to stay up on. In addition to the above, she also found the time this week to curate a Spotify playlist, visit Serato‘s offices and talk to kids alongside Mayor Mike Rawlings.

Just head on over to her Instagram to get a sense of it all.

Meanwhile, as Poizon Ivy was tearing it up courtside in L.A., Dallas rapper Dorrough got a chance to show off his skills on the court. As part of All-Star Weekend proceedings, Snoop Dogg and 2 Chainz hosted their inaugural Hip-Hop All-Star Game, which included such players as Quavo, Chris Brown, Wale, Jadakiss, French Montana, YFN Lucci and a ton more. But it was Dorrough who walked away as the East MVP with 21 points, 8 rebounds, 6 assists, 5 steals and 5 blocks in the contest. It was a timely showing, too, as Dorrough is gearing up for the release of his new EP #TheJumpBack, which he says is due out soon.

Enough, though, about DJs and rappers. What about Dallas-area producers? Well, even they’ve been making headlines of late.

Last week, Fort Worth’s own Cardo and the Detroit-based Payroll Giovanni released a video for “Big Bossin,” and, as XXL put it, the visual is more or less a short film than simply a music video, considering how snippets of “Stack It, Stash It” and “Mail Long” from the twosome’s collaborative album are featured.

Really, though, the whole year’s one big W for Cardo, who’s also reveling in the success of Drake’s “God’s Plan” as one of the song’s co-producers. This week, that single reached double-platinum status.

Speaking of milestones: Leon Bridges’ reached one of his own this week, as his critically-acclaimed debut album, Coming Home, received an RIAA certification this week for going gold. In honor of that accomplishment, the Fort Worth singer shared a tender message with his fans about how it all came about:

Meanwhile, Bridges’ fellow Fort Worthians in The Unlikely Candidates also have lots to celebrate of late. In addition to releasing their own new single called “Oh My Dear Lord” (listen below), the group also has a hand in the California group Dirty Heads‘ new “Celebrate” song, which they co-wrote and appear upon. Even better? That song is currently sitting at No. 24 on the Billboard Alternative Songs chart, so the group has plenty to celebrate at its hometown show at Main at South Side this Thursday, for sure.

The Dallas hip-hop scene is also getting plenty of welcome attention in recent weeks — and, most recently, it was Yella Beezy‘s time to shine. Last week, Mass Appeal released an in-depth interview with the shag-wearing rapper about Dallas’ rap history, Beezy’s burgeoning career and how he believes the city is going to be developing a movement in the next six months.

In the last six months, indie rockers Luna Luna have been busy making a name for themselves with a successful series of singles, the latest being “Only You.” But, the biggest news from the band this week is the release of the band’s first music video, “80s Tune.” Check out the Stranger Things-inspired (by way of John Hughes’ iconic school dance scenes) music video below.

Meanwhile, Dallas rap prodigy Lord Byron is gearing up for the release of his latest album, Sora, which is due out February 28. In advance of that, Byron’s offered uip his lead single “Vick,” which features a more accessible brand of hip-hop than we typically see from the East Dallas rapper. As usual, though, his lyrical prowess and cerebral wordplay elevates above the pack.

Seems you can expect to hear more from country rock duo Shotgun Rider sooner than later, too. After recently relocating to Fort Worth, the Texas Panhandle-sprung act has become the latest North Texas act to work with Thirty Tigers, following Charley Crockett’s signing late last year. The twosome debuted single “Me and a Memory” via American Songwriter from their upcoming new album last week, then got named one of “10 New Country Artists You Need to Know” by Rolling Stone this week.

Far more worthy of your knowledge — at least in our opinion, anyway — is Dallas bedroom-popper Skirts, who, after releasing two albums last year, just released a new album this week that’s rife with gentle earworms. Check it out.

Not to be outdone, the ever-prolific Denton songwriter Tony Ferraro released two new songs this week as well.

And, finally this week, the Dallas Observer announced this week that it has found a replacement for its departed music and arts editor, Caroline North, in its former web editor, Paige Skinner, who is a big Taylor Swift fan.