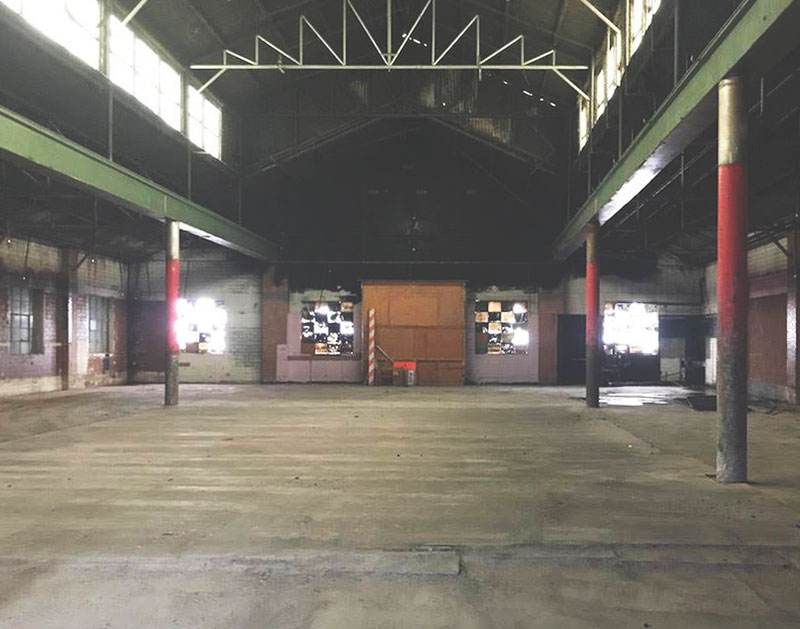 Dia De Los Toadies And 97.9’s Annual Dub Show Announce Their Bills, And Deep Ellum Live Will Now Be Known As Canton Hall. Also: What The Fuck Is A Starfest?

With August in Dallas come fantasies of summer’s end. But one thing that doesn’t seem to be coming to a close around these parts any time soon is festival season. And this week, we’re kicking things off with three announcements on the festival front.

For starters, there’s the 10th annual Dia De Los Toadies festival, which we’ve known for at least a few weeks now has been set to go down on Saturday, September 16, at Possum Kingdom Lake. Now, though, we know who’ll be playing the affair. Last week, the Toadies announced that the openers at their namesake affair this year will made up mostly of previous Dia performers: Mothership dream crushers be Local H, Denton punk ex-pats The Riverboat Gamblers, country-folk duo The O’s, Fort Worth rock favorites Oil Boom, Austin indie rockers Quiet Company and Toadies contemporaries Baboon. The one exception to that rule? New Fort Worth band Ting Tang Tina, which is fronted by Toadies frontman Vaden Lewis‘ daughter Ruby Lewis. Tickets to the bash run $46 to $150 depending on the package you purchase right here.

Just a day later after that event, another annual traditions from around these parts will get underway as 97.9 The Beat‘s annual Dub Show will go down at Downtown Dallas’ Kay Bailey Hutchinson Convention Center on Sunday, September 17. The lineup announced last week for this year’s concert-meets-car-show is pretty huge, too, featuring national acts Migos, Yo Gotti, Cardi B and Mike Jones, plus an especially impressive lineup of locals with Dorrough, Lil Ronny MF, Trap Boy Freddy, Go Yayo, DSR, Flexinfab and Bobby Sessions.

Of course, if you’re looking for something completely new and so “cool” that the lineup hasn’t even been announced even though it’s next month, you should be on the lookout for Starfest in Plano. The team at GuideLive first reported on this brand-new festival last week and broke the news that the only act announced so far for the September 8 and 9 festival at Oak Point Park at this point is Lil Wayne, with the rest of the lineup for the affair — for which single-day general admission passes are starting at $85 (plus fees) and two-day VIP passes are going for $1,250 (plus fees) — to apparently be doled out in the coming weeks through various radio stations. We’ll have more on this event in the coming days and weeks, but organizers are making the case that we could hear about this deal for a stretch even longer than that. Thought it’s being called a “pop-up” festival, Starfest has already announced plans to be around for the next five years. Somehow.

Staying in the spirit of new things, the long-gestating revival of Deep Ellum Live saw a major step forward late last week as the team behind the space — led by husband-and-wife ownership partners Clint and Whitney Barlow, the same team behind the rebirths of Trees and The Bomb Factory — announced plans to go with a new name on this, their third reclamation project. The 12,500-square-foot space located on Canton Street right next to the Bomb Factory will henceforth be known as Canton Hall. Expect news to come shortly on an opening date: The venue (see above cover photo for a shot of the space’s pre-renovation interior) currently lists a Theory of a Deadman concert happening in the space on Halloween, but there’s not yet been a formal announcement on whether that event will indeed be the first in the revamped space — so stay tuned.

Another old Dallas favorites also recently made a return: On Saturday night at Bobby Sessions‘ “The DDD Experience” concert at Club Dada, rap duo A.Dd+ appeared in a surprise cameo capacity that doubled as a brief reunion. Sure, it only lasted a single song — “Suitcases,” the performance of which you can watch in the below embed — but it’s good to know that A.) Paris Pershun and Slim Gravy are on good enough terms to share a stage again, and B.) Bobby Sessions really can do anything he sets his mind to. No word yet on if this was just a one-time thing, though.

One artist we wish would make a return to Dallas soon would be Luis Dubuc, who jettisoned off to LA a few years ago to focus on his electronic music project known as Mystery Skulls. He released his sophomore album One of Us last week, and you can check his newest video for “Music” below.

New videos week in and week out is something we’re pretty used to at this point, but very few of them are inspired by Christopher Nolan’s work and actually pulled off successfully. No surprise that the work we speak of here comes from Boy Epic, who has been releasing cinematic music videos for his original songs for years now. His latest one, called “Up Down,” is an animated tale inspired by the epic work of the innovative film director.

Speaking of people who’ve been doing things for a minute, John Pedigo‘s been a fixture in the Dallas twang scene for seemingly forever, as a member of Slick 57, Rose County Fair, Boys Named Sue and The O’s, but he’s never really done the solo thing — till now. Dubbed Pedigo’s Magic Pilsner, Pedigo’s newest effort will see its debut album released this fall via Dallas’ own State Fair Records, but we’ve got a first taste of lead single “Some Days” to share with you below first. Give it a listen.

Speaking of music worth buying, this is a cool move by Dallas’ own Tofu Carnage Records announced last week that it would be taking Bandcamp‘s promise to donate its portion of all music sales from last Friday to the Transgender Law Center a step farther, choosing instead to donate 100 percent of its proceeds from all of August to that cause and to the like-minded Sylvia Rivera Law Project. Beyond just a stand-up move, there’s some killer music available from that label if you want to help out its efforts here, including releases from heavy area favorites The Angelus, Dead To A Dying World and They Say The Wind Made Them Crazy.

Lastly this week, we’d like to share a cool update on the ongoing legal battle that could threaten the future of venerable and legendary Fort Worth honky-tonk Billy Bob’s. Per a new report from the Fort Worth Star-Telegram, Dallas Mavericks president Donnie Nelson says he is wiling to make a bid to buy out the other investors of the venue in order to keep it alive. Neat!