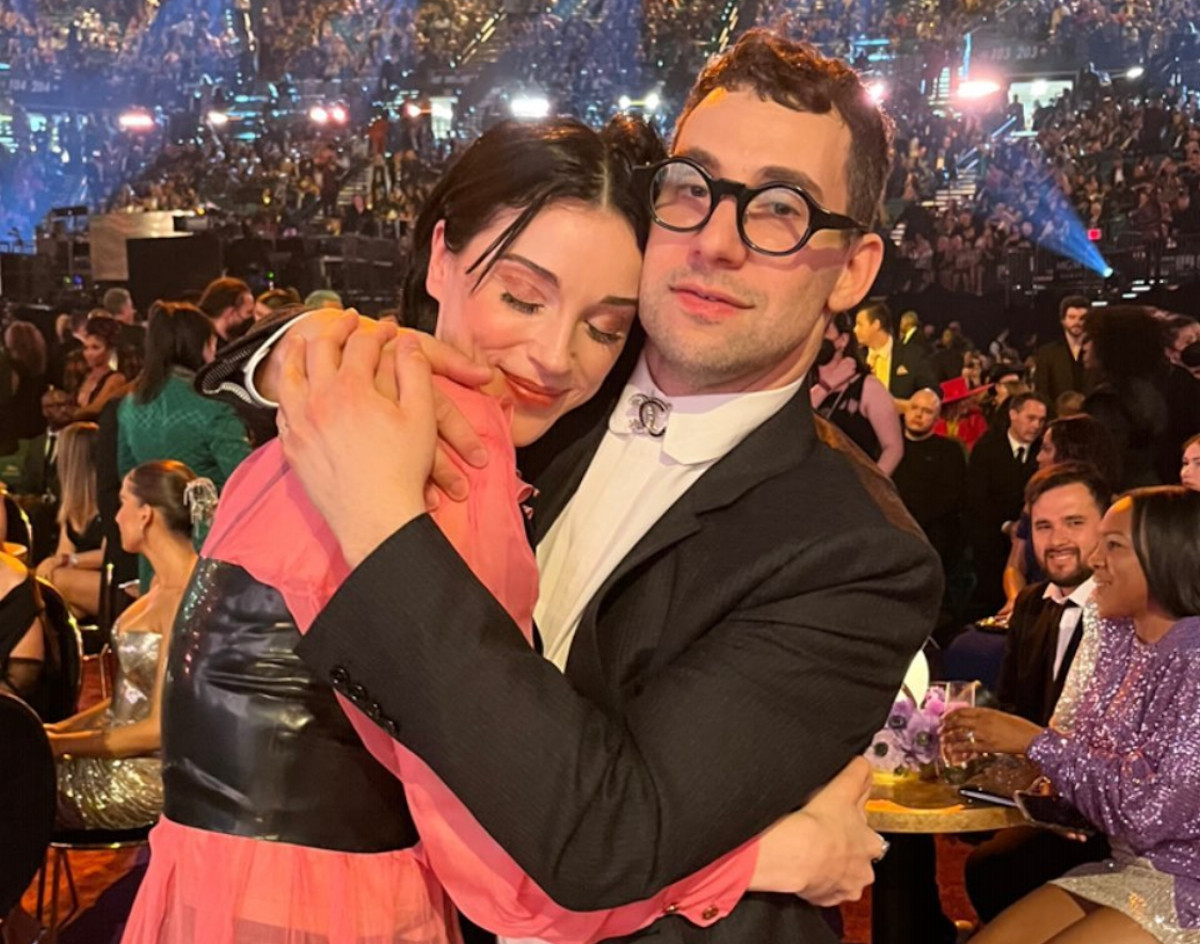 In case you missed it, the 64th annual Grammy Awards happened Sunday evening, and it was just about what you would expect. Olivia Rodrigo took home four awards including best new artist, and Silk Sonic landed a number of well-deserved dubs, such as record of the year with “Leave the Door Open.” With those notable awards, Dallas also showed out with St. Vincent earning best alternative album for Daddy’s Home and the late Taylor Hawkins winning best rock song, “Waiting On A War.”

St. Vincent — known as Annie Clark offstage — was up against Fleet Foxes, Halsey, Japanese Breakfast and Arlo Parks for the best alternative album, but the scores spoke for themselves for St. Vincent to take home the win. Daddy’s Home, St. Vincent’s sixth studio album, was released just under a year ago. Clark produced this album alongside Jack Antonoff, following the precedent from her previous album, to make this ‘70s-inspired album about parents, offspring and prison. This is her second win for the category.

Taylor Hawkins’ best rock song win was a timely recognition following his death last week. The Foo Fighters song “Waiting On A War” was performed and written by Hawkins along with Dave Grohl, Rami Jaffeee, Nate Mendel, Chris Shiflett and Pat Smear. This January 2021 original talks about the potential of nuclear war that’s existed for a few decades now — which hits eerily close to home in today’s climate.

Jazz pianist and composer Lyle Mays, a University of North Texas alum, also won a posthumous Grammy for instrumental composition for the song “Eberhard.” Mays died on Feb 10. 2020. A couple of Dallas-raised musicians were featured in a memorial montage — ZZ Top’s Dusty Hill and The Monkees’ Michael Nesmith.

They’re all winners in our book.

Speaking of the Grammys, Grammy-nominated and Washington-based duo ODESZA announced their farewell tour that will hit the Dos Equis Pavilion in August. Tickets dropped last week on Friday and aren’t sold out just yet, so it’s best to act fast to snatch your “The Last Goodbye Tour” tickets. They will make their way across the U.S. to share their latest full-length project and elaborate set.

The live music scene doesn’t stop here, though. Starting Thursday, Fort Worth’s Main Street Arts Festival is back in full swing after two years missed for COVID-19 (a recurring theme at this point). Many may think the festival is focused just on the visual art scene, but the music scene is just as big with hundreds of performers across four stages.

The festival’s “Music on Main” portion will bring in country artists, jazz performers, R&B and swing groups and other performers to the stage, notably including Grammy-nominated jazz guitarist Jonathan Butler and soul singer-songwriter Tanner Usrey. The fest will run until Sunday and is free to attend.

The born-and-raised Dallas celebrities have been keeping their names in headlines. Selena Gomez was nominated for her first Grammy Award this weekend, but did not make it to the event. We’re not exactly sure why she decided not to go, but internet speculators think it’s because her loss to fellow nominee Alex Cuba was announced prior to the event’s start.

At the same time, however, she’s been working on starting an app known as Wondermind with her mom, producer Mandy Teefey and Newsette co-founder Danielle Pierson. Gomez has consistently been an advocate for mental health (clocking in at about four-and-a-half years off of social media, which she says has helped her tremendously), and this app is her plan to take this advocacy to the next level.

The app is for anyone — not just those with a diagnosis — to come on and navigate their feelings with a platform that is supposed to make them feel safe. In addition to discussions, the platform will also highlight content and exercises for subscribers to improve their mental health through each click.

And before you go, here a couple of new local releases.