White Noise: Dallas Symphony Orchestra Will Play the Score of Harry Potter While You Watch It. 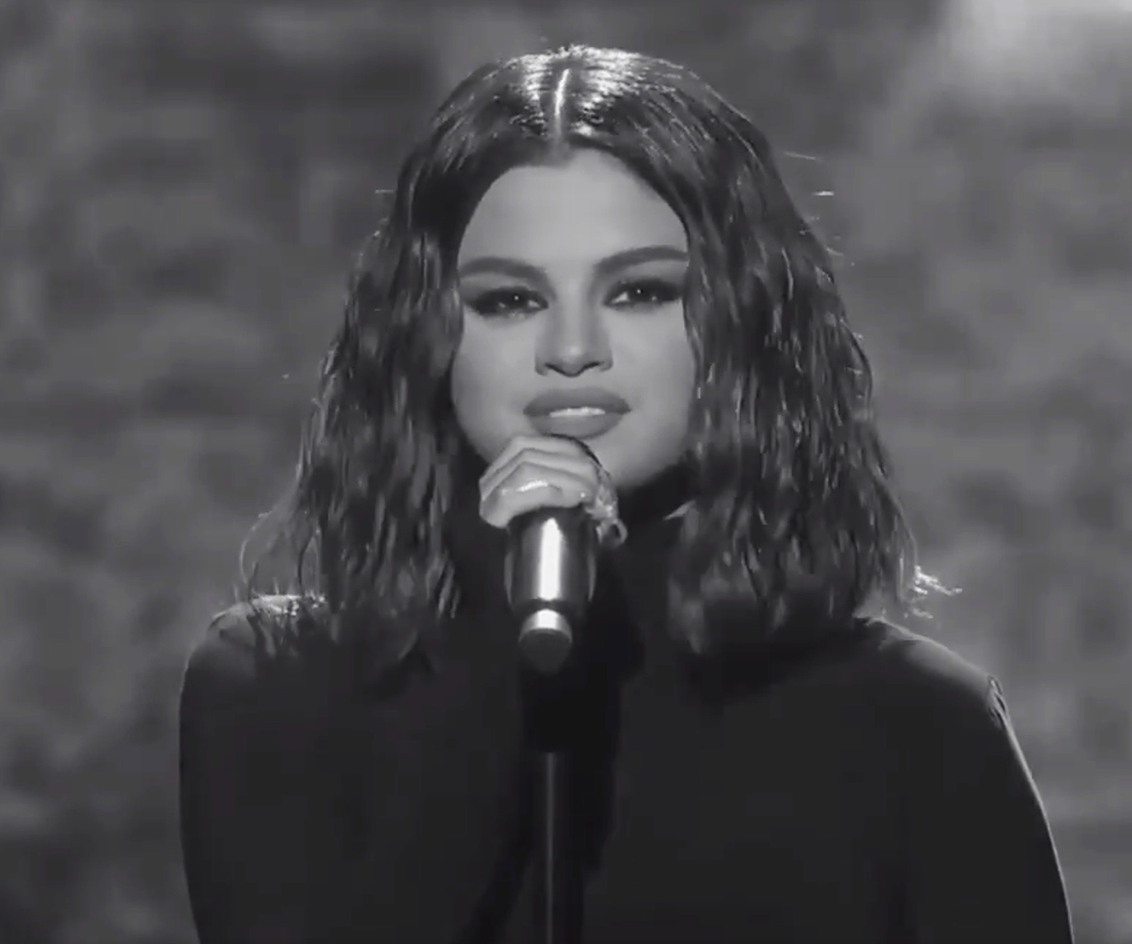 Selena Gomez Reportedly Suffers Panic Attack Before American Music Awards Performance And Tay-K Somehow Gets Back On Twitter. Plus More!

Last week, we reported on the 21 Grammy nominations received by North Texans, and come Sunday, January 26, we will find out which of the 17 nominees become victors and take home the golden gramophone that has come to symbolize prestige in the music industry. Until the Recording Academy satiates this anticipation, we have the results of Sunday’s American Music Awards show to soak in.

Even then, the ceremony made headlines for far greater reasons than the winners and snubs – Selena Gomez, who was not a nominee this year, kicked off the affair with a performance that some are saying was shaky. According to a representative of the Grand Prairie-born pop artist and former child star, she reportedly had a panic attack prior to the performance, People reports.

Panic attacks, of course, are no laughing matter. People who get panic attacks often mistake them for heart attacks. So, y’know, we wish Gomez a full recovery from what must have been a traumatic episode.

Fortunately, the AMAs were not completely riddled with misfortune. That is, unless you consider snubs to be an exception.

Oh well, those grapes were sour anyway. Besides, it’s not like Posty needed the validation, because what are six AMA awards when you reach No. 1 on the Billboard Hot 100? Per Billboard, the single “Circles” became the Grapevine rapper’s fourth song to hit the No. 1 spot, and it made a triumphant ascension from its previous post (heh) at No. 2.

If this video of Posty getting his life to Shania Twain‘s closing performance at the ceremony is any indication, he’s doing just fine anyway:

It was good while it lasted, too, because as of writing, “Circles” is at No. 2, after being given an eviction notice by “Someone You Loved” by Lewis Capaldi. And yes, we know this is a problem very few of us can relate to, so play the world’s smallest violin if you must.

Just know that you won’t play it as well as members of the Dallas Symphony Orchestra as they perform with Denton singer-songwriter Sarah Jaffe at the Meyerson Symphony Center on Monday, February 3.

“On this unique night, Jaffe will perform with her full band and special guests,” according to a DSO press release. “Several Dallas Symphony musicians will also be featured on a selection of her songs.”

It seems that the organization is making prodigious strides in making classical music more accessible to a wider audience, especially as it hosts a new Harry Potter concert series, where the DSO will perform John Williams’ score as the film is screened in high-definition. Tickets can be purchased here.

If you’re in the market for more events that will get you in the Christmas spirit, a charity event at Rubber Gloves dubbed “Santa’s Little Helper” will feature live entertainment from Neon Indian’s Alan Palomo and Jason Faries, with former Neon Indian guitarist Ronnie Heart opening the show along with Yeahdef. All proceeds benefit the Denton Animal Support Foundation, and if you are so inclined, you’re welcome to bring your pet. Just make sure they wear ear protection.

In other Denton-related news, E.B. the Younger (Eric Pulido of Midlake) just concluded the Texas leg of a tour with famed singer-songwriter Rufus Wainwright, and Midlake drummer McKenzie Smith even played in the composer’s backing band.

Over on the opposite side of I-35, some horrifying news has surfaced surrounding Fort Worth music venue The Boiled Owl Tavern. A little over a week ago, the Magnolia Avenue dive bar issued a statement on Facebook, warning of a possible assault against a woman.

Read the full statement below:

Over in Arlington, there is even more by way of crime-related news. Rapper Tay-K, who was just recently indicted on a second capital murder charge, took to Twitter (presumably via a smuggled cellular device) to call out his management and label, right before addressing the actions that got him incarcerated in the first place:

(2/4)but I’m gonna make sure the truth about my life and my character gets out with or without management or a label. And whoever don’t like it fuck you…

(3/4) the way the media inaccurately portrays me has affected my life directly. So instead of waiting on my “team” to get the bright idea to speak up on my behalf, things will be done differently…

(4/4) Of course I’m not perfect or nothing, but I’m most definitely not this monster that they try to portray me as. with that being said, I also apologize for the way I may have presented myself, I was young and inconsiderate.

We won’t hold our breath on Tay-K dropping a track any time soon, but there are other great releases that are just as deserving of our attention, including:

Denton noise rock band Reliant K2’s self-titled debut. If you dig Unwound, Moss Icon or Drive Like Jehu, give this a shot:

Fort Worth rapper CJ TopOff’s mixtape TopOff in Wonderland 3. Whoever produced these beats was certainly going for an ASTROWORLD sound:

We’re a bit late on this one, but earlier this month, Dallas’ Auntie AJ dropped an EP titled 38s&Heartbreaks. The production is somehow filled with compression without actually being loud, but hey, lo-fi is the prevailing trend in hip-hop, so we guess now is the best time for it:

How about another Dallas hip-hop artist? Jay Thomas dropped “Hourz,” which should appeal to any fans of cloud rap:

Post-punk outfit Rosegarden Funeral Party played Three Links on Sunday to smash the bottle of champagne on the ship that is its second EP, MARTYR:

If you’re a fan of the above release, you should also check out two fresh cuts from Kennedy Ashlyn’s project SRSQ (pronounced “seer-skew”), titled “Temporal Love” and “Unkept”:

And finally, Sub-Sahara is back with a new track titled “Velvet Rats”: