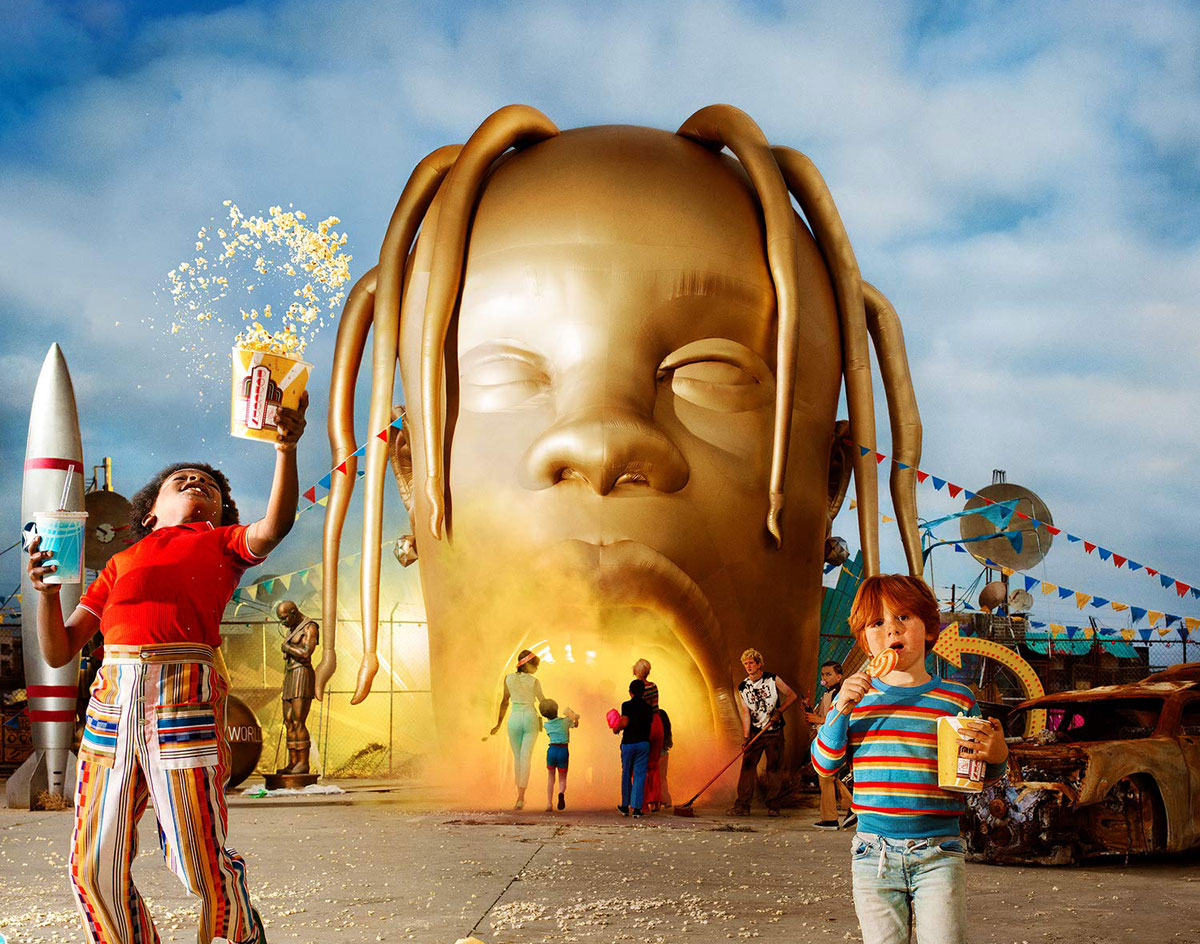 Last week, Oak Cliff-native Yella Beezy, whose real name is Markies Deandre Conway and who is best known for his Ain’t No Goin’ Bacc and Baccend Beezy, was arrested once again.

This time, he was arrested in Plano on charges of sexual assault, abandoning or endangering a child and unlawfully carrying a weapon. The rapper appears to have posted a $57,500 bail the next day and while there’s still no additional information on this case, he still has another pending case, according to court records. In February, Yella Beezy was arrested on a misdemeanor charge of unlawful carrying of a weapon – five weapons to be exact – during a traffic stop.

Three years ago, Yella Beezy was hospitalized for more than a week when he was shot three times while driving on Sam Rayburn Tollway in Lewisville just after his hit “That’s On Me” gained him a spot on Billboard Hot 100 and opened for Beyonce and Jay-Z’s Arlington show.

In other local rapper news, Travis Scott’s yearly Astroworld Festival took place again this year in his hometown of Houston. Shortly after Scott took the stage, the crowd surged forward, causing panic and injury. At least eight people, most of who traveled outside of Texas and were young fans, were confirmed dead as well as hundreds of others injured.

One of the victims that was killed was Danish Baig, a 27-year-old Euless man, who died trying to save his fianceé from the crowd. Baig attended the outdoor concert with his brother, Basil, who recalled the crowd chanting to stop the event, but to no avail.

Authorities have since begun to look into the events that happened and what prevented people from escaping the situation. With the comeback of many festivals this year, it’s especially important to look into safety precautions after a year apart from live music.

Look, we know you’ve missed live music and we get the excitement. If you’re thinking about attending a music festival soon, remember to take care of yourself and everyone around you to prevent another tragedy in a space where everyone should feel safe and protected.

While these Dallas stars prepare to take the stage at the beloved SXSW festival, another has drawn up plans for their own, new festival. The legendary Dallas Cowboys quarterback Troy Aikman announced he is organizing a music festival to benefit the small Oklahoma town in which he spent his teen years. “Highway to Henryetta” will benefit educational and community initiatives in Henryetta and is set for June 11, 2022. Country star Blake Shelton, another Oklahoma native, will headline the festival.

To switch it up a bit, every Dallas EDM fans’ favorite time of the year is just around the corner. Lights All Night, also known as the longest-running EDM festival in Texas, just dropped its colorful lineup for the New Year’s Eve weekend. The electronic dance festival has added Deadmau5 as a headliner with other acts such as Malaa, Charles the First and OMNOM with more than 30 other acts. Proceeds from the two-day event will be donated to LAN’s official charity partner DFW Rescue Me, a Dallas foster-based pet rescue nonprofit.

Before we get too ahead of ourselves and start thinking about New Years, we got to get through the rest of the holiday season first. Dallas-native Norah Jones reminds us that Christmas Time has arrived back in October. Her first-ever holiday album I Dream Of Christmas is out now and here’s a warm, magical taste of what to expect.

Another Dallas name is getting into the Christmas spirit too.

Kirk Franklin is featured in Mariah Carey’s new Christmas love song “Fall in Love at Christmas” alongside Khalid. If you recall, the queen of Christmas currently has her hit track “All I Want From Christmas Is You” banned from Dallas bar Stoneleigh P’s jukebox. Don’t forget that belongs to Carey and only Carey – and no one can stop her.

ICYMI: Here are some other Dallas artists that gave us great performances recently.

Texas artists Leon Bridges and Khruangbin were both featured on the PBS station, Austin City Limits, over the weekend. The Fort Worth country singer-songwriter performed modern R&B tunes from Gold-Diggers Sound and can be streamed here.

Joshua Ray Walker sang a country spin of the National Anthem at the Formula 1 racing series in the Circuit of the Americas in Austin that ended in a yodel.

Speaking of country music, it looks like a tainted name in history is trying to rebrand to a country music singer. John Hinckley Jr., who attempted to assassinate President Ronald Raegan back in 1981, tapped into posting his original songs on YouTube, and now Spotify, the past 10 months. His tracks “We are Drifting on the Sea, “The Majesty of Love,” and “Roses and Laces” are also on Apple Music.