White Noise: Christmas Music Is Back. 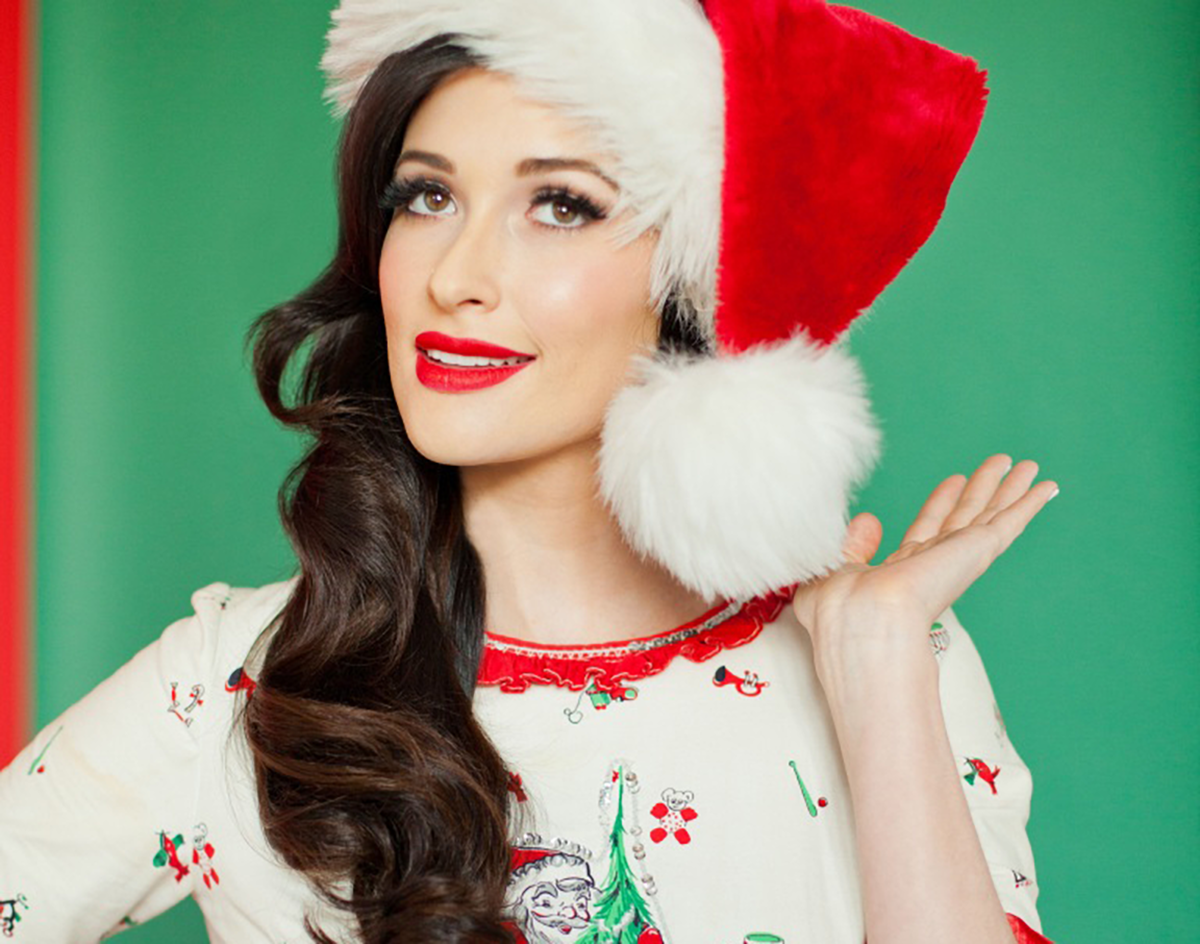 Kacey Musgraves Gets A Christmas Special, 98.7 KLUV Is Playing Christmas Music Again And Post Malone Gets a Mural. Plus More!

Halloween is over, which means the premature Christmas celebration has begun.

We know many of you are cynical over this, but consider for a moment The Kacey Musgraves Christmas Show, a Christmas-themed Amazon Prime video slated to debut on November 29. And if that doesn’t quite put you in the holiday spirit, just think about the guest appearances Musgraves has tapped for the occasion: Lana Del Rey, Camila Cabello, Fred Armisen, Leon Bridges and James Corden, just to name a few.

“My vision was to bring my old Christmas album to life visually and create a modern and fashionable, fresh take on a classic format. It’s a nostalgic, Wes Anderson-inspired reimagining of the holidays,” Musgraves said, per a press release. “It’s heartfelt, funny, and most of all, real. I can’t wait to finally share.”

Watch the trailer below:

If this doesn’t get you in the Christmas spirit, perhaps you should avoid turning your radio dial to 98.7 KLUV, as the station started playing its notorious rotation of holiday songs at midnight on November 1. And if you’re averse to hearing the song “Here Comes Santa Claus,” which it kicked off with, then perhaps you’d benefit from knowing that the song was written by Gene Autry, who grew up just outside of Sherman, in Tioga.

Hey, respect your elders. Even if it means Christmas comes a little early.

Unfortunately, Christmas didn’t come early for Universal Rehearsal, the Walnut Hill rehearsal and recording studio. As if the tornado damage incurred by KNON wasn’t enough, Universal Rehearsal is yet another casualty of the destruction. Past tenants of the space include Pantera, Erykah Badu, Dixie Chicks and Miranda Lambert.

Some businesses get hit with inclement weather, and others take on an equally-severe blow in the form of litigation. This is especially the case for Uptown bar Nickel & Rye, which is being sued by publishing rights organization (PRO) ASCAP for playing music without having the proper licensing.

“Going back several years, ASCAP representatives have made numerous attempts to contact the defendants to offer an ASCAP license for Nickel and Rye,” reads the lawsuit. “ASCAP has contacted defendants by phone, by mail, by email and in person.”

Psst, Nickel & Rye… from someone who worked at a bar with its load of PRO issues to another, a bit of advice: they’ll usually settle for far less. They’ll take pennies on the dollar for infringement cases like these. That still comes out to a few grand, but that’s still easier than letting this drag on for worse.

Not all of our beloved Dallas celebrities can follow in the footsteps of Celine Dion and Britney Spears, but most of them are making equally formidable moves. We reviewed Post Malone’s second annual Posty Fest just yesterday, and one of our big takeaways was the overwhelming love the Metroplex has for Mr. White Iverson.

That love was evidenced even further as artist Michael McPheeters painted a mural of Posty in East Dallas. Head to 115 N. Carroll Ave if you want to see it for yourself.

She may not have a mural, but we also have love for Demi Lovato, who apparently seems to have love for herself, too. When Lovato spoke at the Teen Vogue Summit on Saturday, she revealed with confidence, “What I see in the mirror [is] someone that’s overcome a lot.”

This was the first major interview for the former Disney Channel star since her drug overdose in July 2018. In years prior, she struggled with cocaine and opioid addiction, and on her June 2018 single “Sober,” she revealed that she had relapsed after six years. Throughout her life, Lovato struggled with bulimia, depression and self-harm, and in 2011, she was diagnosed with bipolar disorder.

A hostile world, indeed, but one that she has apparently made peace with. Said Lovato in the interview: “I love the person that I am today.”

Moving on, Leon Bridges made a guest appearance at White Oak Music Hall in Houston with fellow artist Khruangbin and performed “Texas Sun” and “C-Side.” This same venue was at the center of some hilarious Twitter drama, too, when internet… personality Jake Hill abruptly cancelled a Third String Productions-curated show. The reason? Because Morrissey was playing the adjacent stage, and since the venue had to honor his “no meat in the room” stipulation, they told Hill and his associate they had to eat their Chick-Fil-A meal outside.

See the artist’s PSA below:

Show is cancelled tonight. Big fuck you to @officialmoz pic.twitter.com/Vd5ED2pU56

In concluding this news rundown, Play-N-Skillz’s song “Pegadito” made the cut for the Need For Speed Heat soundtrack, which is now streaming on Spotify.

You can also stream a handful of new releases from other local acts, including Lord Byron, who just dropped his album RIKU via Dolfin Records:

Denton shoegaze outfit Rei Clone just dropped a new single titled “Heaven is Eternity,” and it is the first recording since the inclusion of the band’s new drummer Simon Russell:

Another Denton artist, Daniel Markham, dropped a new album, only this time under the pseudonym Larry Legion. While Markham is a folk singer-songwriter, Legion is a black metal artist. If you’re a fan of acts like Emperor, you’ll probably dig this new record, Summoning Solitude:

Brack Cantrell, formerly of Sky Eats Airplane and Bad Beats, has been focusing on his eponymous solo project, and the latest export is this cover of Jerry Jeff Walker’s “Goodbye Easy Street”:

If the idea of such a cover appeals to you, you may take a liking to a new EP from Austin Waymire (Razorbumps, Ritual Order), who has also been working on an eponymous solo project. This EP is titled Cold and Lonely World/Whiskey Smile, and fans of bands like Slobberbone should definitely take note: