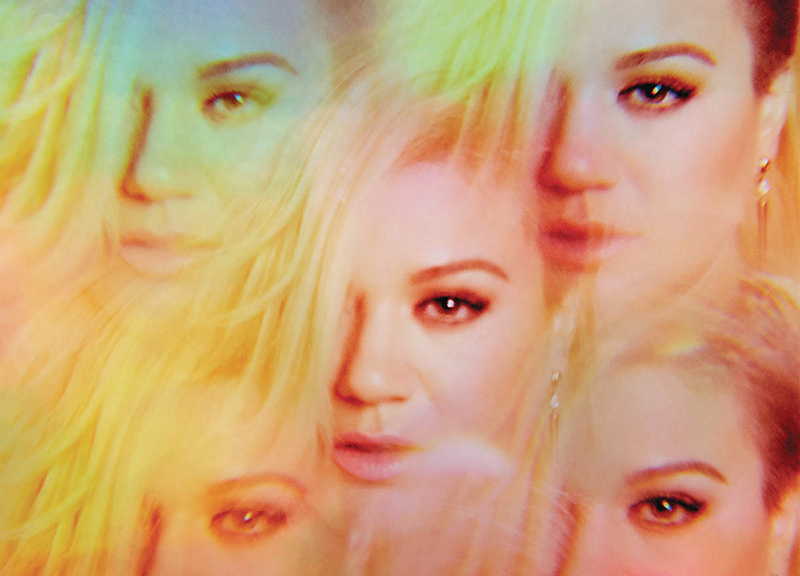 Check Out Some Local Grammy Nominees You May Have Missed And Two New Leon Bridges Songs.

It's been kind of covered to death elsewhere, but when the nominations for the 58th Grammy Awards came down earlier this week, at least nine North Texas artists by our count earned nominations. We don't mean to spend too much time on the matter as, like we said, it's been darn near reported into the ground already, but there's at least a few of these names we haven't really seen elsewhere. Here's the full rundown:

• Noted dab enthusiast Leon Bridges will see his debut album Coming Home will go up against D'Angelo's Black Messiah in the “Best R&B Album” category.
• Kelly Clarkson pulled down a pair of nods, one for “Best Pop Solo Performance” for the Jimmy Eat World-nodding “Heartbeat Song,” and another for “Best Pop Vocal Album” for Piece By Piece.
• Similarly, Liz Rose — Caitlin Rose's mom and writer of many a Taylor Swift tune — pulled down a pair of noms of her own for her “Girl Crush,” which was performed by Little Big Town.
• UNT professor Richard DeRosa pulled down the “Best Instrumental Composition” for the song “Neil,” which was performed by the school's One O'Clock Lab Band.
• Likewise, the UNT alums in Snarky Puppy received the “Best Contemporary Instrumental Album” nod for their Sylva album. The band previously won a Grammy for “Best R&B Performance” in 2014.
• Brunch master Kirk Franklin received the “Best Gospel Performance/Song” for his “Wanna Be Happy?”
• Cass County resident Don Henley earned himself a “Best American Roots Song” for his Merle Haggard duet, “The Cost of Living.”
• Kacey Musgraves's Pageant Material marks her second straight album to pull down the “Best Country Album” nomination. Her Same Trailer, Different Park won the award in 2014.
• For the second straight year, Arlington vocal group Pentatonix received a nomination in the “Best Arrangement, Instrumental or A Cappella” category for its “Dance of the Sugar Plum Fairy.” It won the award in 2015 for its Daft Punk medley.

Speaking of Grammy winners: Erykah Badu continued her ongoing takeover of our social media feeds with an #AskBadu campaign on Twitter yesterday. It was a fun little experiment, even if the most interesting thing we learned was that Common may or may not give the world's best foot massages. The good-strongs over at Guide Live have done quite the solid collecting a bunch of Erykah's embedded video responses for you.

In other Badu news, her pal Nas has been tapped to produce her film The Land, which will premiere at the Sundance Film Festival.

Another currently in-the-works film project is the Greg Schroeder vehicle, This World Won't Break. Recently, Polyphonic Spree frontman Tim DeLaughter was added to the cast of that one.

Back on the event tip, Lights All Night announced a change of venue for its upcoming two-day NYE blowout from the Kay Bailey Hutchison Convention Center where it has been held in year's past to Dallas Market Hall. More info on this year's performers can be found here.

We were also bummed this week to learn that Howard Kelley, the longtime Lee Harvey's/Three Links bartender and frontman of Dallas' best tribute band, was recently diagnosed with stage 4 cancer of the tonsil, for which he's already gone an emergency tonsillectomy. There'll be a benefit for Kelley at Lee Harvey's next Saturday, December 19, with performances by The King Bucks among others. You can also help Kelley with some of his mounting medical bills by chipping in here.

Meanwhile, in new release news, Kirk Thurmond & the Millennials will release its new single “Break Free” this Friday, December 11. We've got the premiere of that one below, which you can go ahead and hear right now.

And, for the fourth year in a row, Lindby released a new Christmas EP. This one kicks off with a beefed up remix of the Leon Bridges-featuring “Merry Christmas, Baby” from last year's EP — a release that, let's be real, should get a bit more attention this year, anyway. Another notable guest on the thing is fellow Fort Worthian Luke Wade. The whole thing is available for free download below.

Also in the Christmas spirit this week was The Misteries, which recorded a cover of Big Star's “Jesus Christ.” It's just one big item coming out of the band's camp these days. We've also received word the band's signed a management deal with Barsuk Records. They'll also be playing the Prekindle holiday party along with Son of Stan, Blue, the Misfit and others next Friday, December 18, at Dada.

Then, along with the rest of their Texas Gentlemen cohorts, the Misteries also played on a new no-frills covers album from producer/Color TV member Jason Burt called Sloppy Seconds. Also appearing on that one is Wesley Geiger, Larry g(EE), members of Somebody's Darling and Goodnight Ned, Robbie Saunders and — you guessed it! — Leon Bridges, who turns in a nice Bill Withers cover.

Speaking of Larry g(EE): The last of his “Free g(EE) Friday” series was released this past Friday. For his final act, he put out “Don't Talk,” a track produced by DJ A1 that also features Sam Lao. As a bonus, he also put a song called “Act 1” up for grabs. That track was recorded six years ago with Beau Bedford. Both are available as free downloads below.

Getting the video treatment this past week was “Mother Opiate,” a tune of This Will Destroy You's 2014 LP, Another Language. Check it out below.

Same's true of “timing is a bitch” from the Cliffs of Insanity fellas, which we're premiering below. That song comes from the band's new bill, you're only human EP, which Cliffs will celebrate this weekend at Three Links as part of a stacked all-local bill also featuring Mind Spiders and Nervous Curtains.

Elsewhere: Dallas artists Loudiene and Young Street signed to Waka Flocka's Brick Squad label; Corey Howe recently took over booking duties at Double Wide; a bunch of local bands will have drinks named after them on Off the Record's newly revamped cocktail menu starting tomorrow; and Pinebox Serenade will celebrate the release of a new EP on January 1, at Dan's Silverleaf.