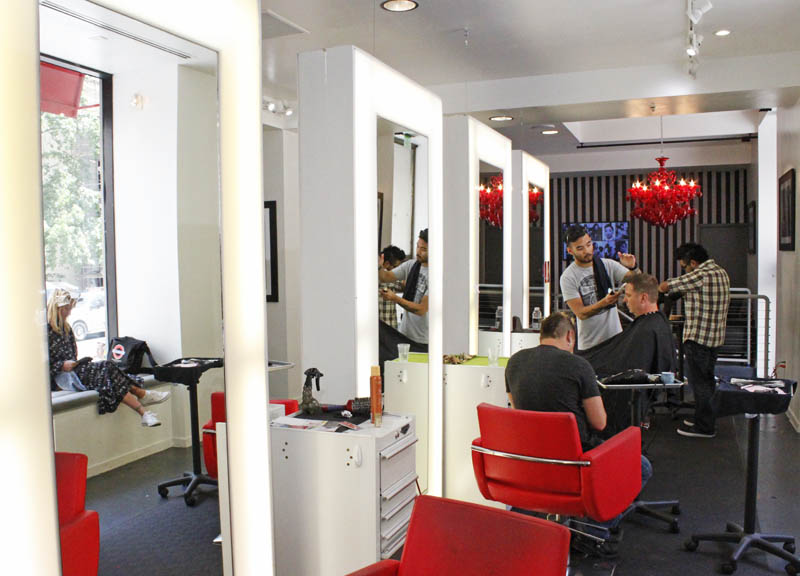 Why Would a Former Super Bowl Champion Open a New Salon Downtown?

Hell, it was even before he started sharing a locker room with such notably sharp dressers as Terrell Owens, he says.

It was somewhere around the time he entered college, he figures. That's when he first began to feel the freedom to develop his own style. And, when he entered the NFL in 2006, he started realizing how closely the worlds of fashion and pro ball were intertwined.

“You're in the public eye a lot,” Ayodele says. “People are always going to have their eyes on you. You want to look your best. You want to look as fresh as possible — as long as it is your sense of style and you're not trying to be like anyone else. It's pro ball. There are guys that take hours to get ready.”

A simple decision to change hairstyles brought him closer to the fashion world than ever. A choice to hack off his braids in favor of the more up-to-date mohawk look not only lead him to a new stylist, but it helped him kick off a five-year friendship with Natalie Guillen, with whom he has partnered with on his latest venture, Studio 1514.

Says Ayodele: “I used to have braids, and when I cut my hair I wanted to do a mohawk, my only thing was I was like, 'Who is going to style my mohawk? I don't know how to style my mohawk.' A friend introduced me to Natalie and we hit it off. We've just been really good friends ever since. I always wanted to be a part of the salon business, but I wanted control, of course. When she approached me with this, I jumped the gun. She's the brains of the operation when it comes to the hair and the product and all that.”

But Ayodele says he has been very hands-on in updating the salon at 1514 Commerce Street, and that has put plenty of his own touches into the space. Among those? A lounge area that will serve food as well as beer and wine. Beyond just offering what he feels is one of the widest array of salon services in town for both men and women, Ayodele hopes Studio 1514 will become a place that people will come just to hang out and feel good..

“My vision really for this place is to make it a comfortable place that you can come and get everything,” Ayodele says. “It's a very cool atmosphere. We want it to be a place where you can come and enjoy yourself. You might just want to come in and grab a bite and sit around in our lounge area and watch a little TV.

“It's very relaxed. It's just a fun environment. We just want it to be like an enjoy lounge. Come in, pamper yourself, enjoy yourself and have a great experience.”

For their grand opening tomorrow night, Studio 1514 will be doing nail polishes, updos and makeup all night long. Ayodele also promises that a DJ and a handful of his pro athlete buddies will be on hand to celebrate the shop's opening as well.

And as far as his goal of Studio 1514 becoming a sort of regular hangout spot? It seems, for Ayodele at least, it's already turning into just that.

“I'm here more than anybody right now,” Ayodele says with a laugh. “I'm always in here messing with Natalie and messing with the crew and whatnot. When I'm in town, I live a block over. So I walk right over and just have a good time with the guys.” 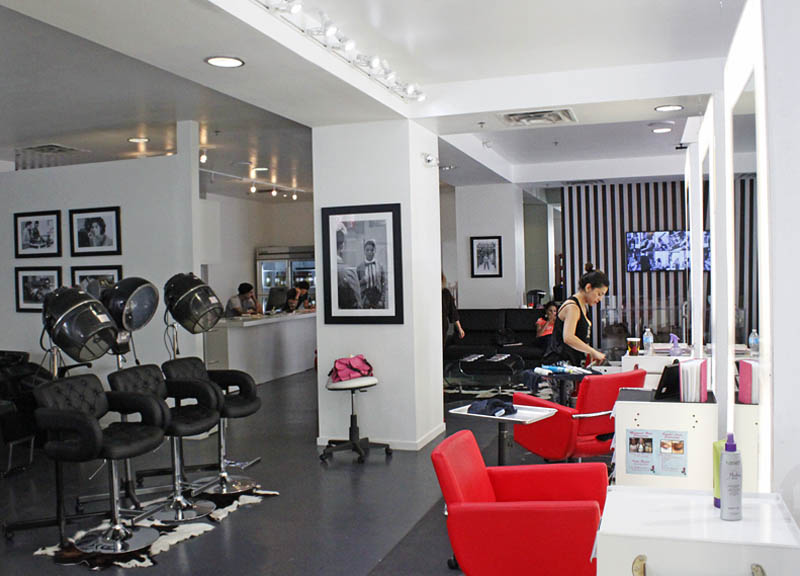 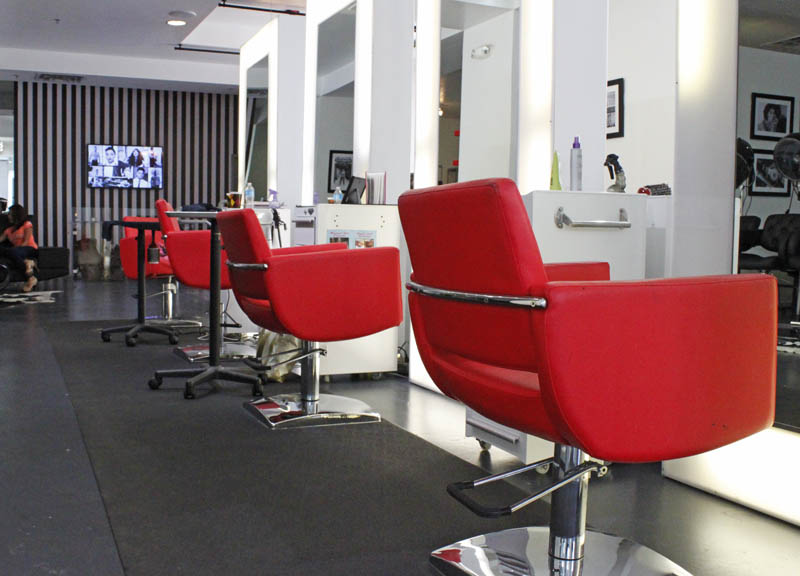 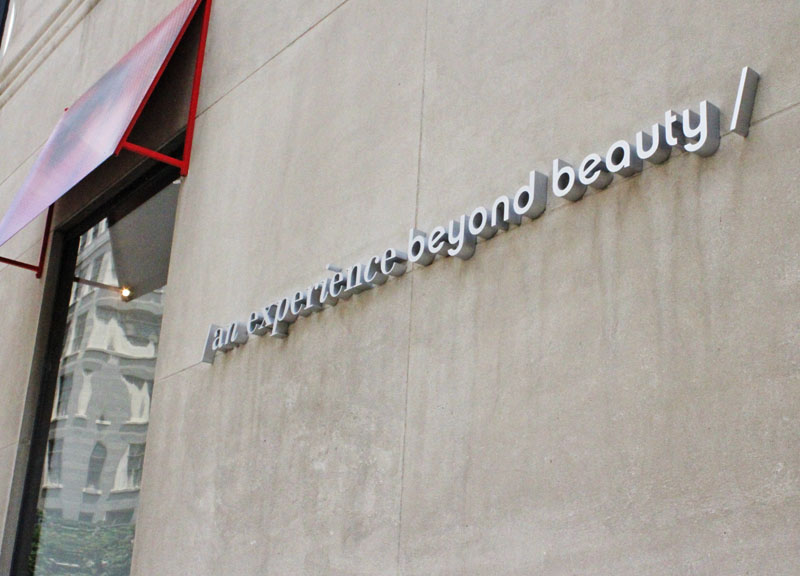 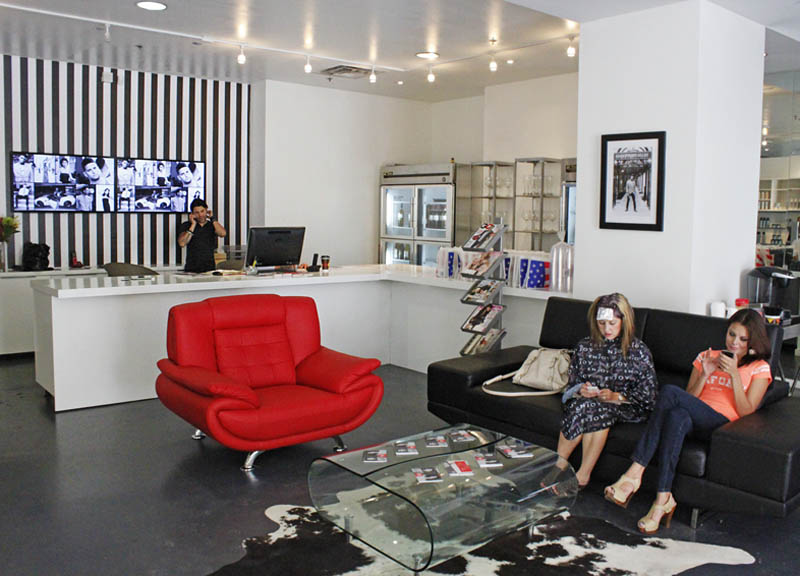 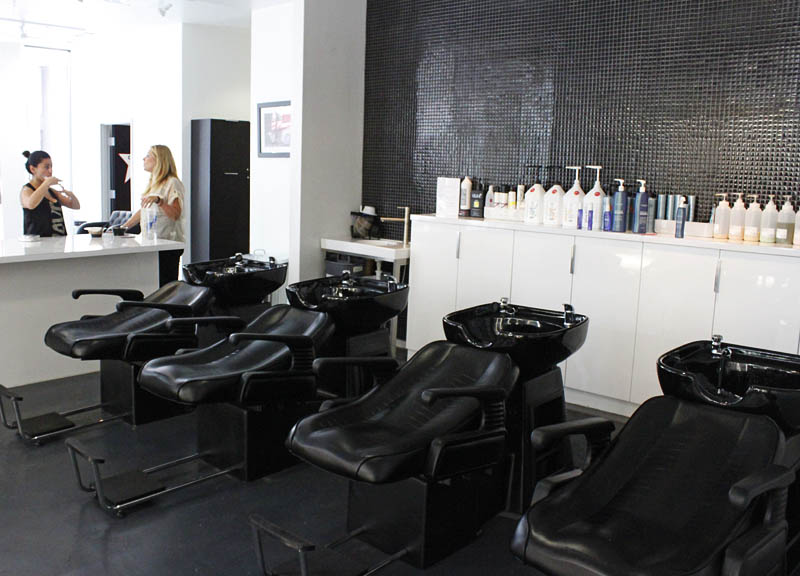