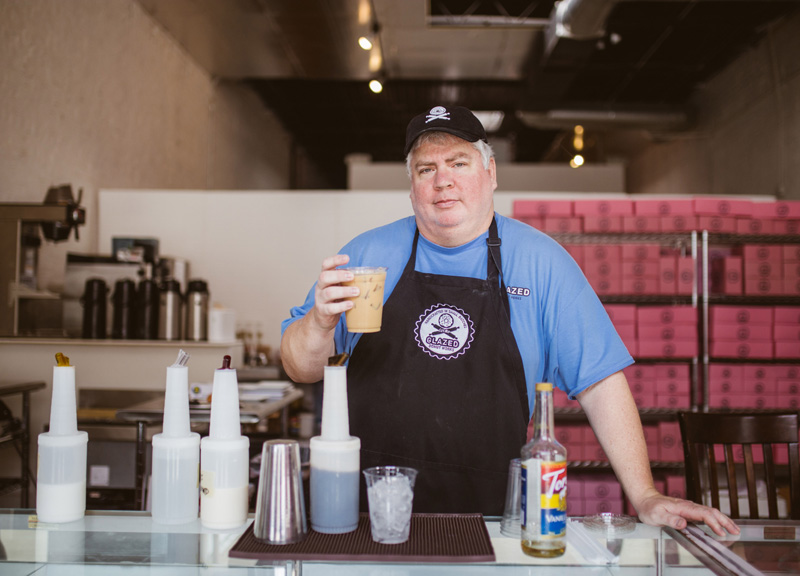 At Glazed, Coffee Is A Doughnut's Best Friend.

Through self-taught lessons in doughnut-making and exercises in creative freedom, Glazed Donut Works co-owner Darren Cameron and his cohorts have completely turned Dallas' doughnut scene on its head these past couple of years — and from a converted, former photography studio in Deep Ellum no less.

“Deep Ellum is the perfect place for the kind of doughnut I wanted to make,” says Cameron about his reasoning for setting up shop on Elm Street.

It's also the perfect neighborhood for some particularly interesting coffee creations, too: Recently, Cameron and the Glazed crew have helped to honored pairing of doughnuts and coffee with a fusion of the two items.

The result is C4: A chocolate cake donut made with cold brew coffee in both the batter and icing. It's good, too: Upon the first bite, the instant sensation of coffee makes the concept of dunking seem almost irrelevant. From there, the coffee flavor is balanced by the chocolate and richness of the cake texture. It's sweet — but not overtly so — and gives off the slightest caffeine buzz, making it a good coffee alternative.

For those who still prefer their coffee as a separate entity, Glazed also has you covered. The shop features locally roasted beans from Full City Rooster for its espresso drinks, and Katz Coffee out of Houston for its cold brew and drip options.

In addition to a menu of standard coffee fare, the shop provides another viable option for the non-coffee drinker with its tres leches iced coffee. It combines cold brew, three different types of milk — evaporated, skim and a sweetened condensed — with vanilla simple syrup.

“I am not a hot coffee drinker, but I do like iced coffee drinks,” says Cameron about the inspiration for the drink. “I sampled lots of them from various places and decided to experiment on my own.”

The objective was a drink that was creamy without sacrificing coffee flavor, while simultaneously smoothing out the natural boldness. It goes a step beyond typical iced coffees, too, as it's more a milkshake-like concoction that's almost akin to Vietnamese iced coffee.

While coffee isn't the main focus at Glazed, it is treated with the same respect as the doughnuts, where the focus is on a process that goes against conventional notions.

“Quality is often replaced with quantity, and mediocrity is widely accepted,” Cameron says. “I made a conscious decision to do something where I have not only complete creative control, but control over the quality of the end product.” 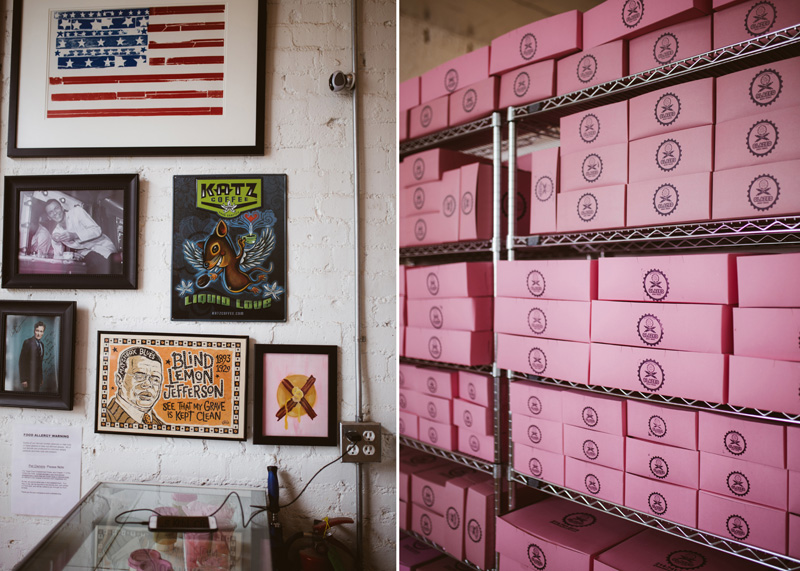 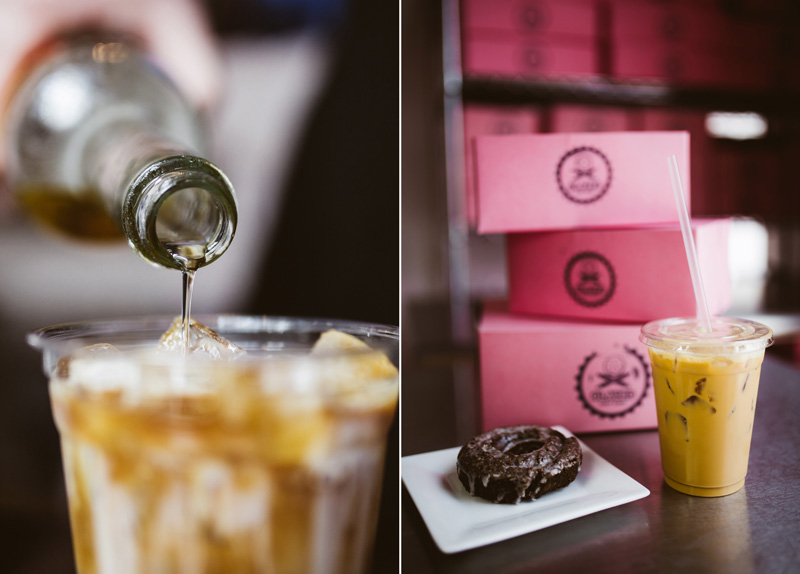 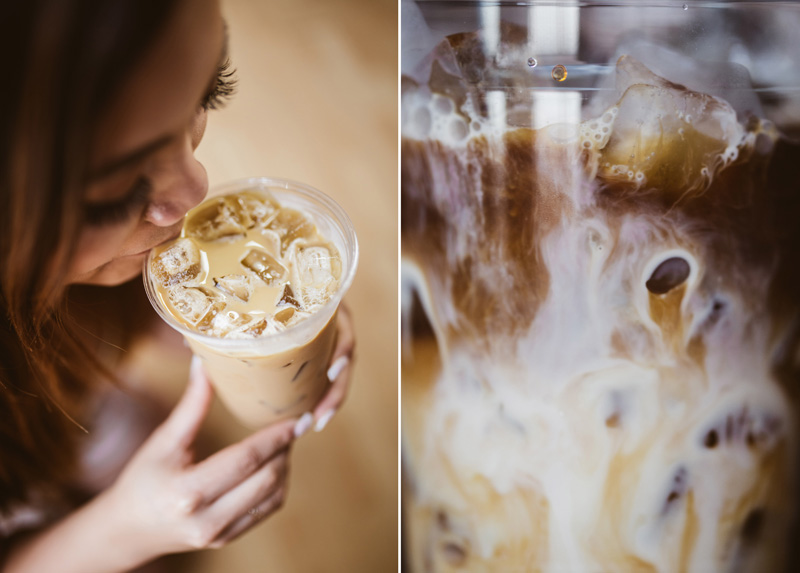 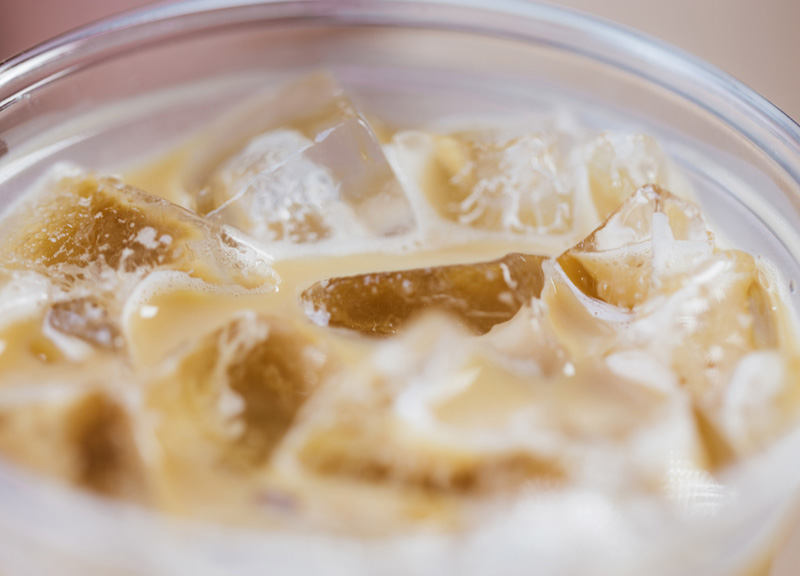 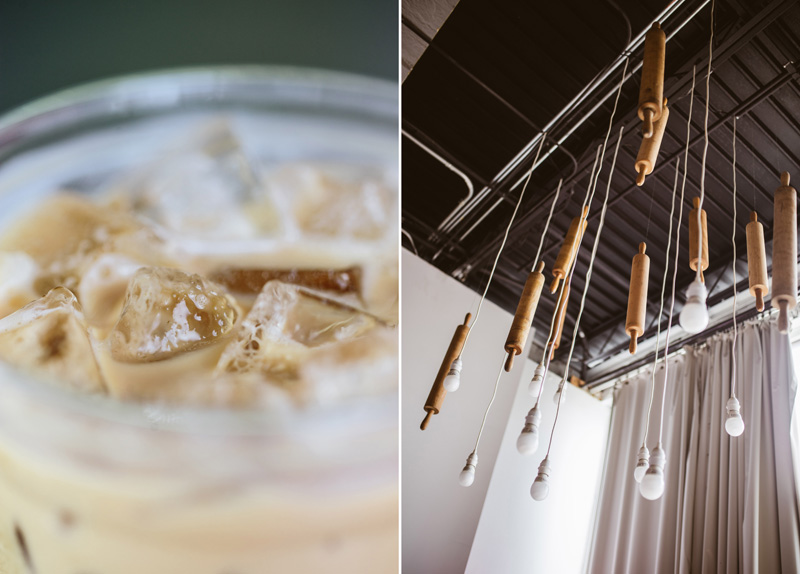 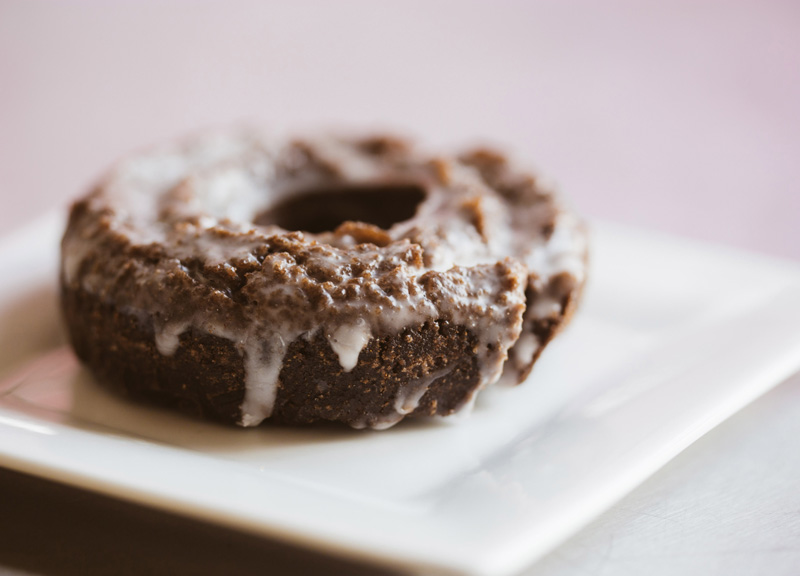 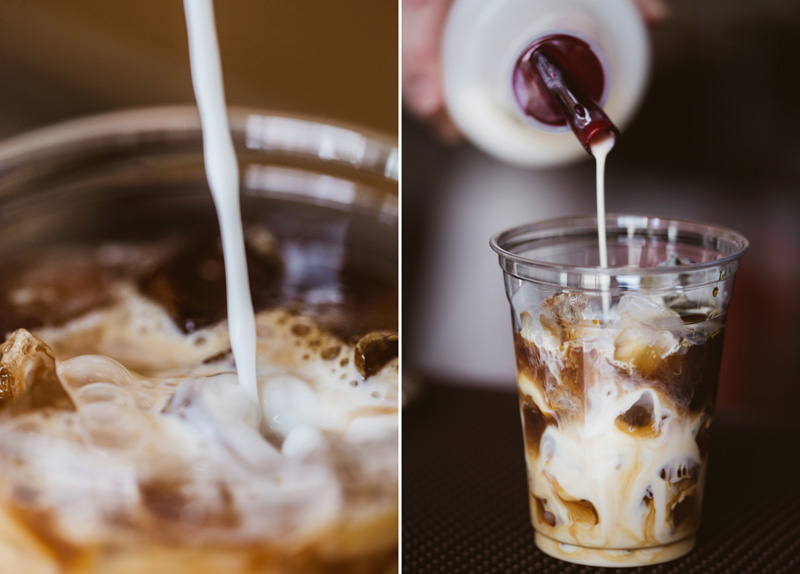 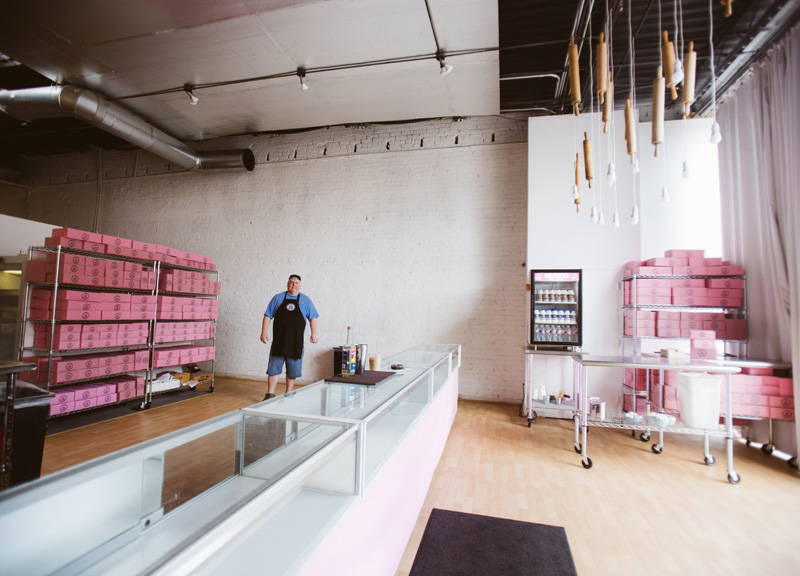 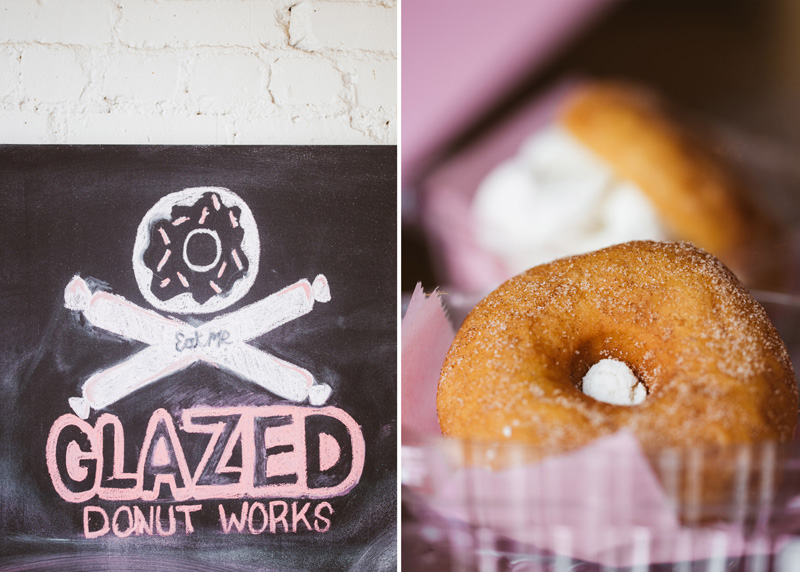