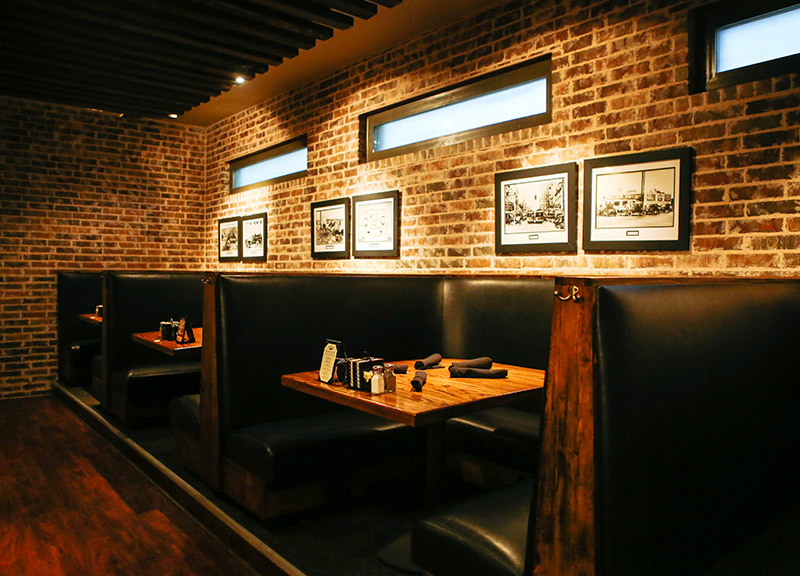 Coffee House Cafe Has Turned Its Craft Into An Art Form.

Coffee House Cafe is one of those places that definitely has an identity. It's like a person, in that regard.

What kind of person is Coffee House Cafe? Good question!

I see it as that brooding person engulfed in a dark aura, wearing a leather jacket and sitting strategically in some inconspicuous corner. You don't notice this person at first. But when you finally do, you're drawn right in. Really, you can't look away.

And that's the trick here. This restaurant-meets-cafe-meets bar has an almost sexy atmosphere to it. It has dim lighting with a dark, but balanced interior. The wooden bars and tables are accented with leather-upholstered seating. Old coffee burlap sacks from exotic locales line the walls in a patchwork-like motif, all intertwined with the spot's exposed, aged brickwork. A fireplace warms guests in an outside seating area that almost feels like a residential patio. The building itself, meanwhile, is some nondescript from the outside — so much so that you'll pass right on by it if you're not specifically looking for it.

But, outside appearance notwithstanding, this place doesn't do anything half-assed. Take, for instance, the two Japanese-style cold brew devices that stand against one of Coffee House's walls. Sure, you can find this same method employed at other area coffee shops, but the difference here is that Coffee House's cold-brew method involves a 12-hour process and Ethiopian Yirgacheffe beans. Before you ask: No, this time-consuming extraction doesn't produce as much coffee per yield, but no matter, as it sells out every time, according to general manager Ken Hampton.

To make up for that drink's popularity, Coffee House also provides a second cold brew option that's made with hints of vanilla and caramel. This drink is made with just enough flavor to compliment the taste of the coffee and not take anything away from the natural flavors — and, good news, they can make more than three times as this delicious brew as they can the other.

They can do a lot of things here, actually. The bar features two top-tier Italian made espresso machines — the locally ever-popular and semi-automatic La Marzocco Strada, and a fully automatic Vittoria Arduino Adonis. Both can pull multiple shots at a time, enabling a high volume of production without taking away from the quality of the coffee.

The coffee used is the Silver Sky Blend provided by a vendor in Oregon. It features beans from the three major coffee growing regions — Asia, Africa and Central/South America — and it's certified Fair Trade, organic, Kosher and shade-grown in forests in order to protect the environment. Coffee House Cafe refuses to serve anything that doesn't have these certifications.

“We try to use the best materials,” Hampton explains. “Our coffee is not inexpensive at all. We do our best to keep it at a price point that's competitive with other places, but I can almost guarantee you that we pay more for it than anybody else does.”

But the materials used are definitely reflected in the taste. The lattes have the pungent taste of an espresso; they'd almost overpower the taste of the milk if the sweetness didn't kick it in at just the right moment. And, delicious as these lattes are, they're perhaps even more visually pleasing. Seriously: If you're ever at Coffee House and Michael's your barista, get ready for some full-on latte art to appear in your cup. It's impressive.

Not interested in visuals, just something with a kick? Coffee House has a liquor license, so I highly recommend the Irish coffee. To make it, their house coffee is mixed with Jameson and Bailey's, then topped with whipped cream and a hint of Creme de Menthe to catch the eye. The flavors mesh together so well that the alcohol doesn't shock your system immediately. Instead, it warms your body instantly and almost makes you forget that you're drinking more than just coffee.

Just more proof that the Coffee House Cafe crew knows what it's doing, I guess. Though it's only been open since 2011, this place has also created a reputation for itself as being much more than a coffee shop or average restaurant.

“There's something about this place that has almost a groupie-type attraction to it,” Hampton says. “We have customers that are so loyal — from the beginning. Some are so fanatical about it, it's almost scary. But I love it.” 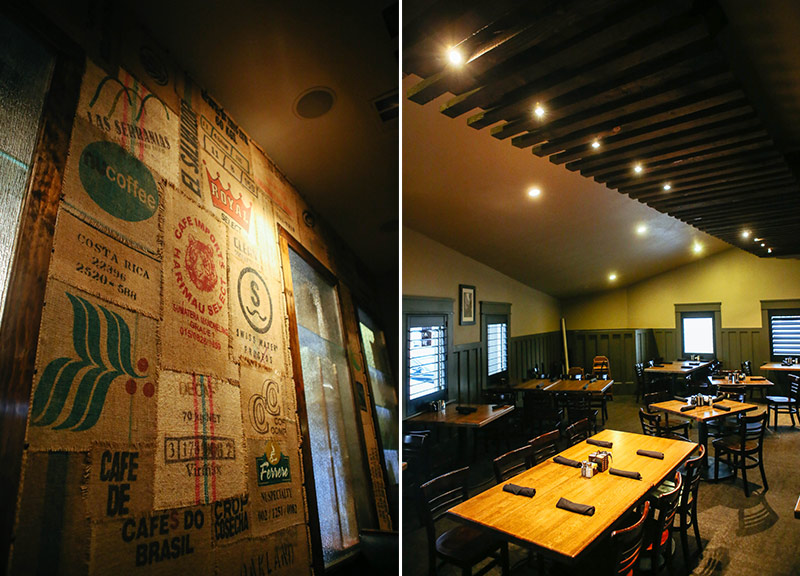 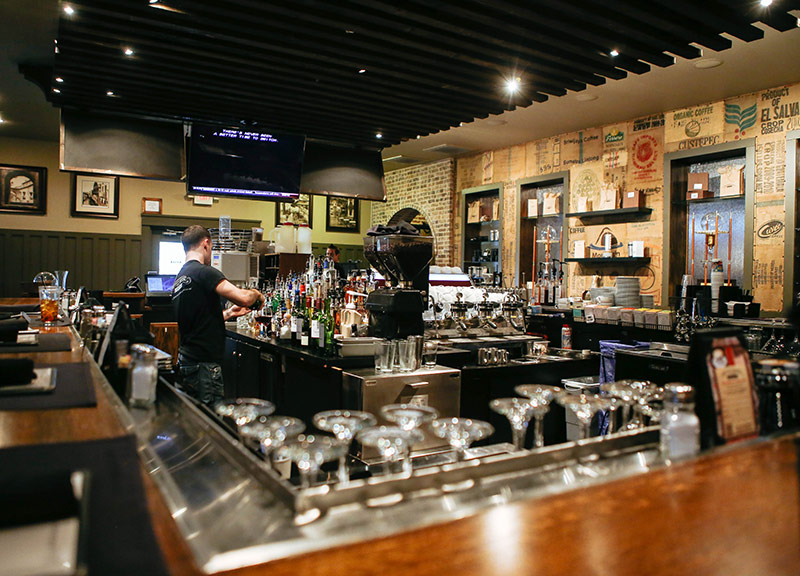 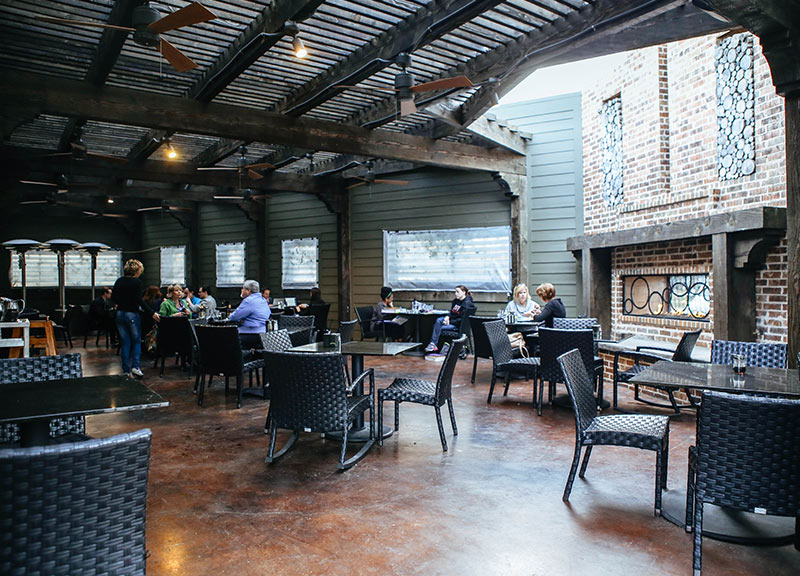 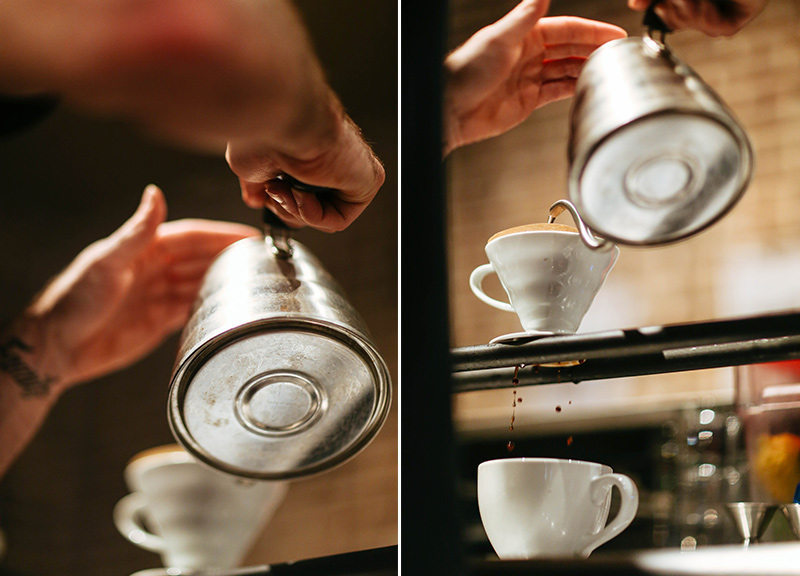 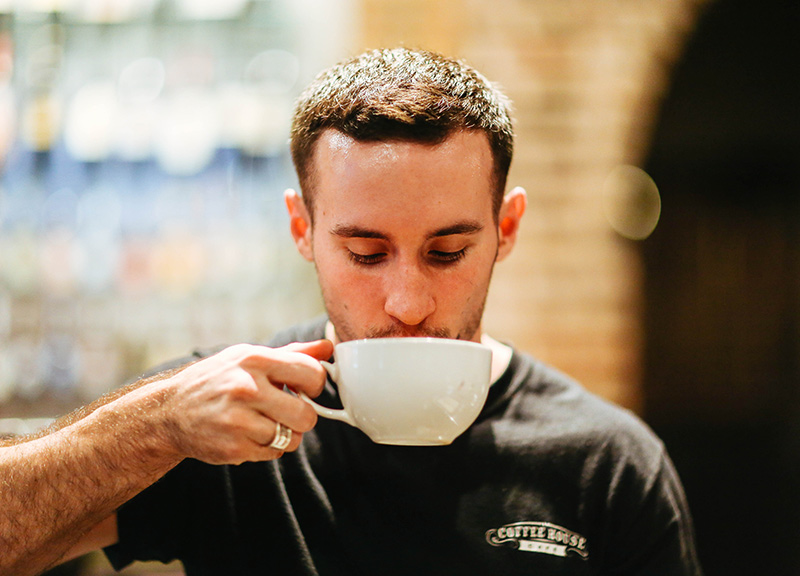 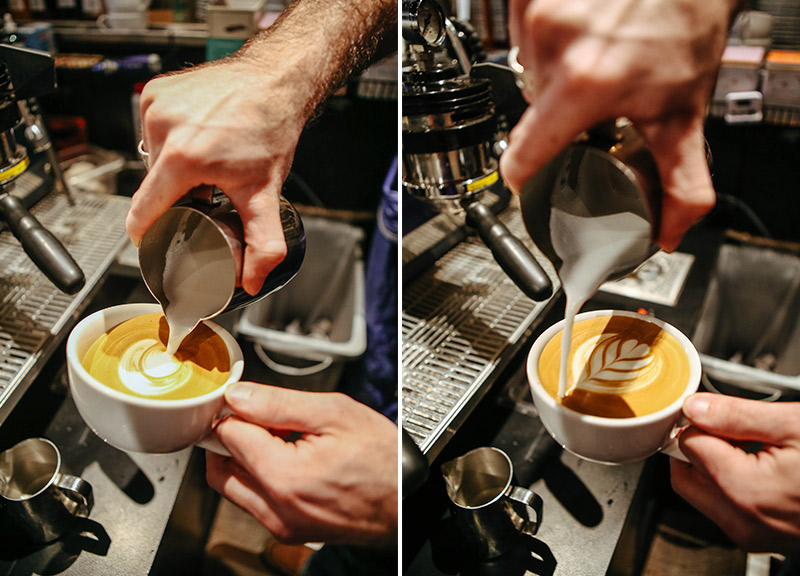 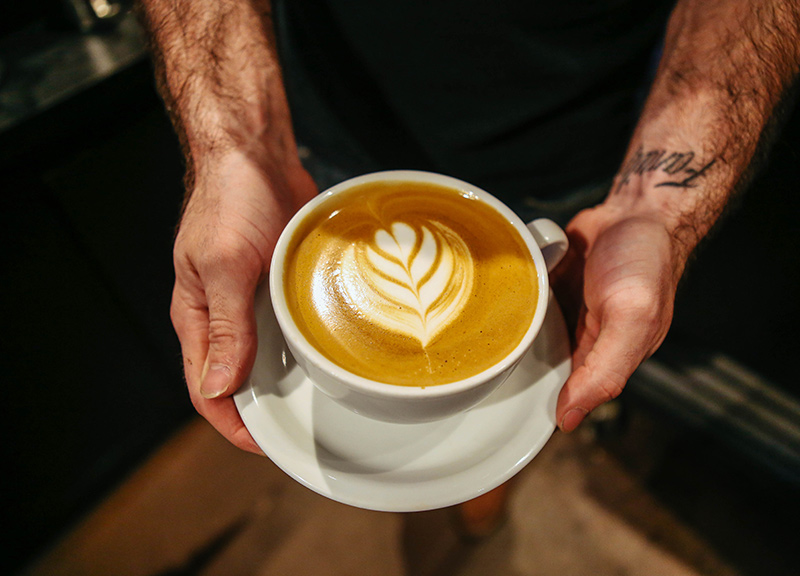 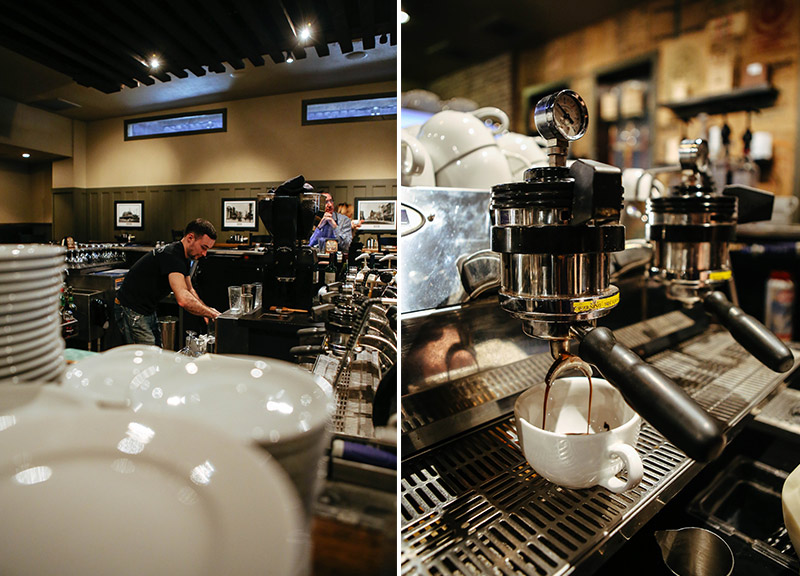 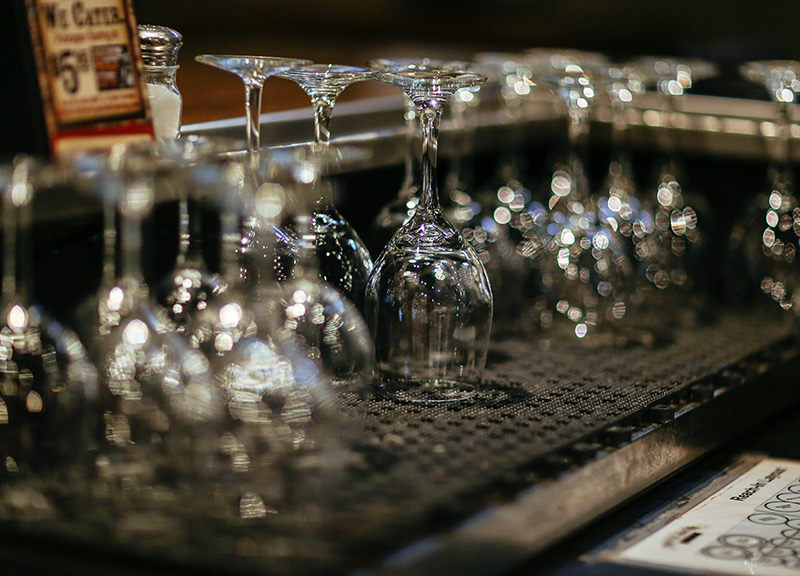 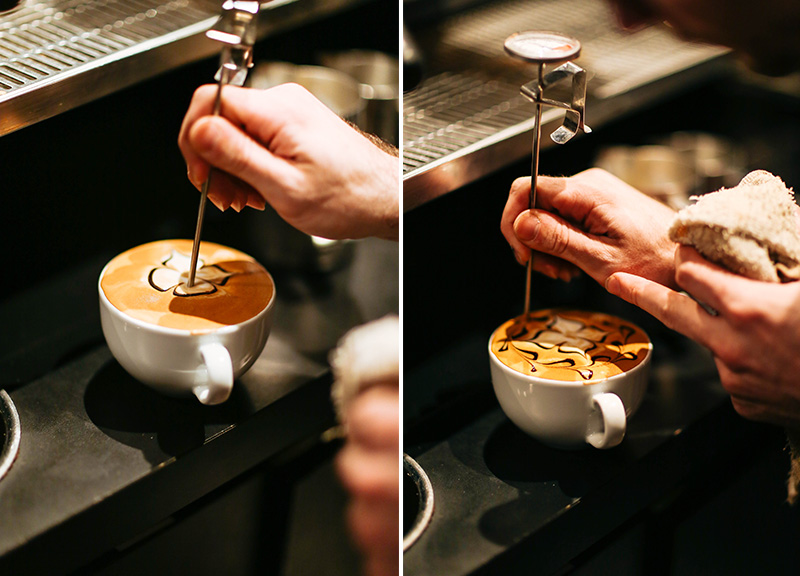 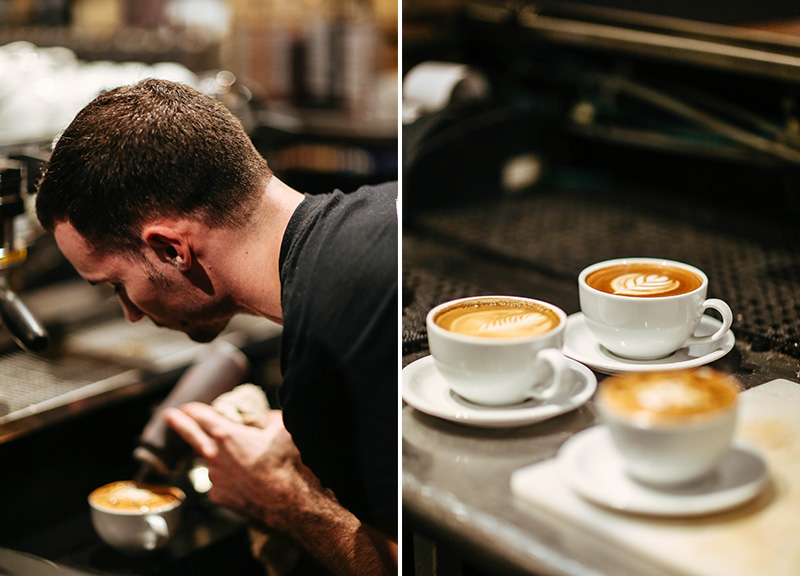 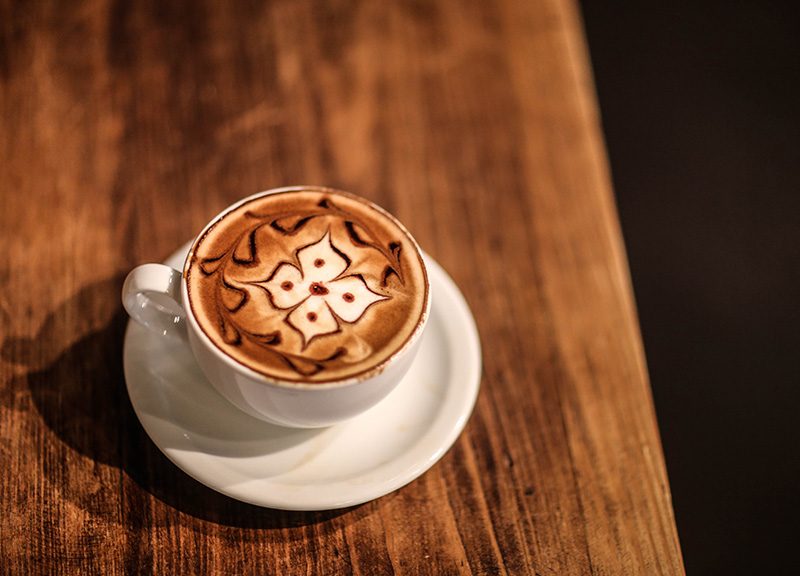 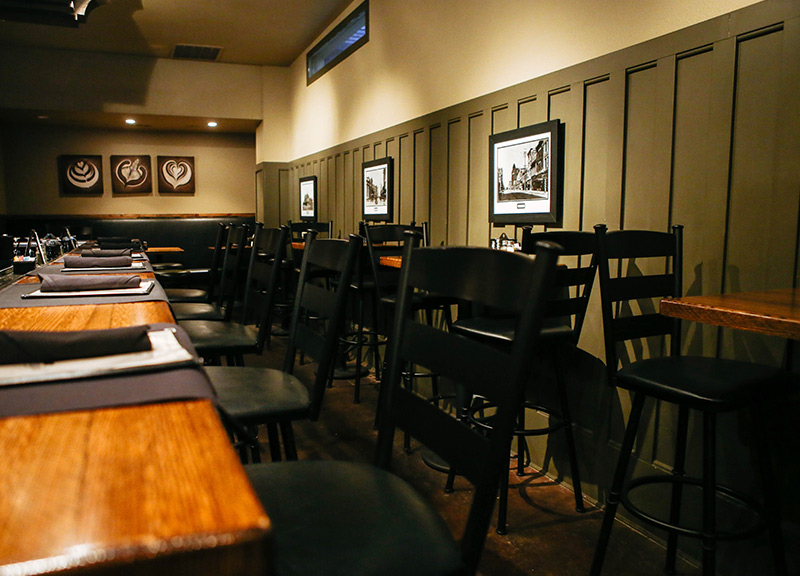 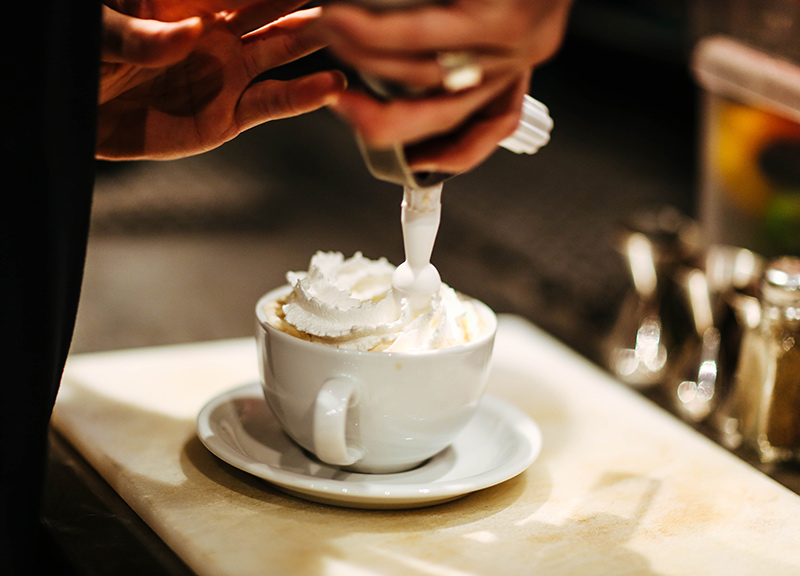 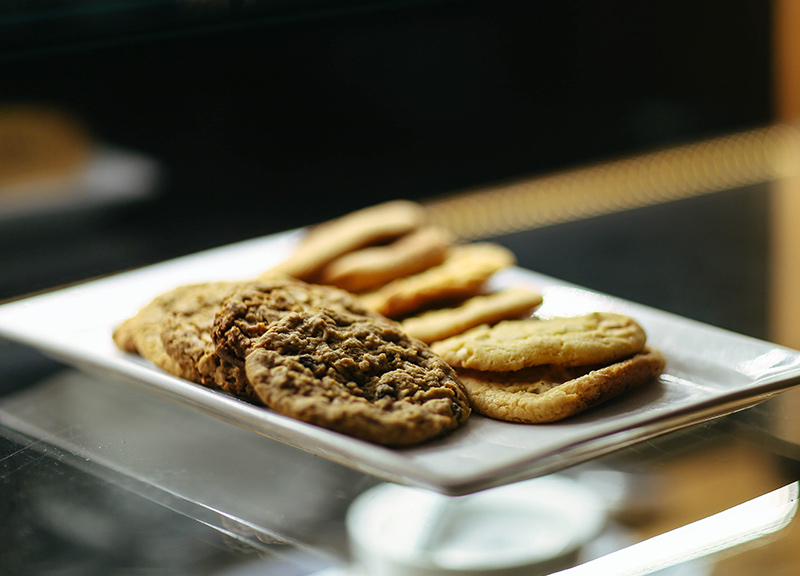 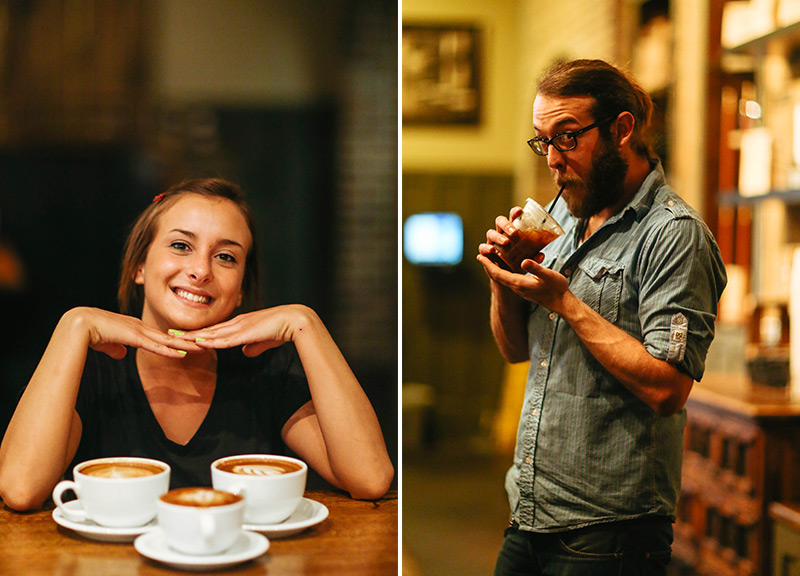 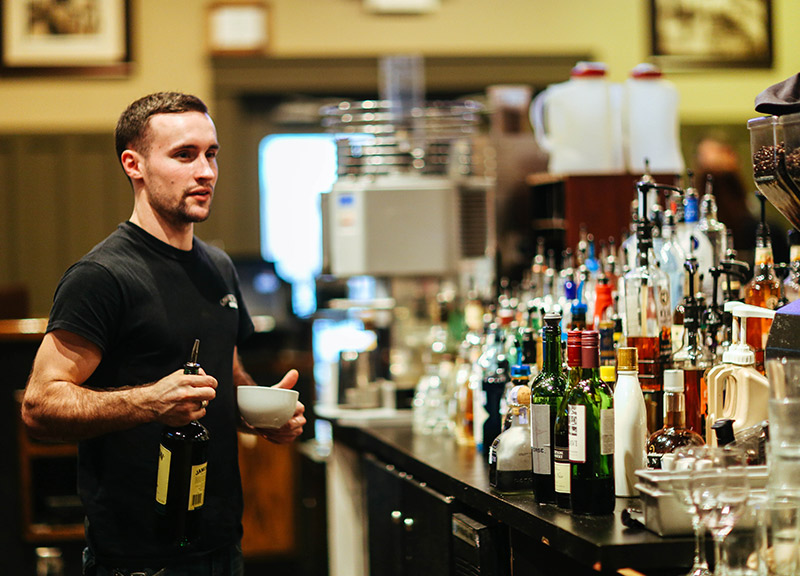 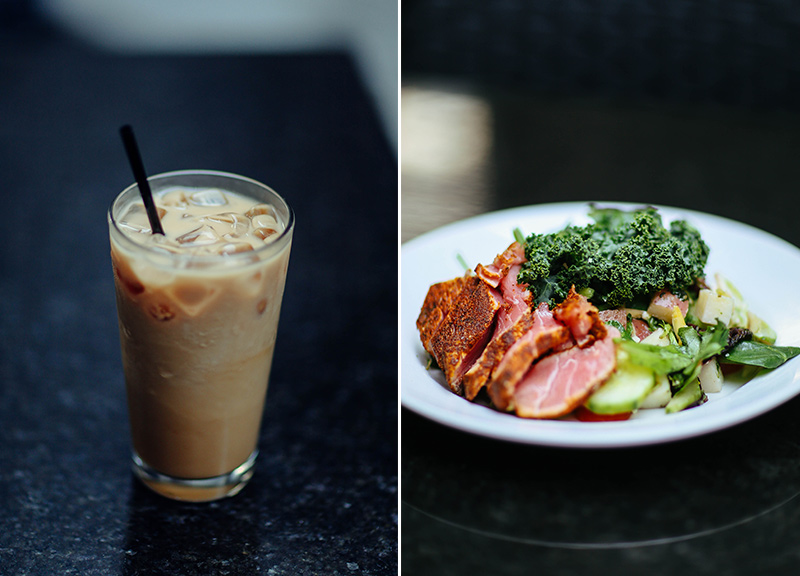