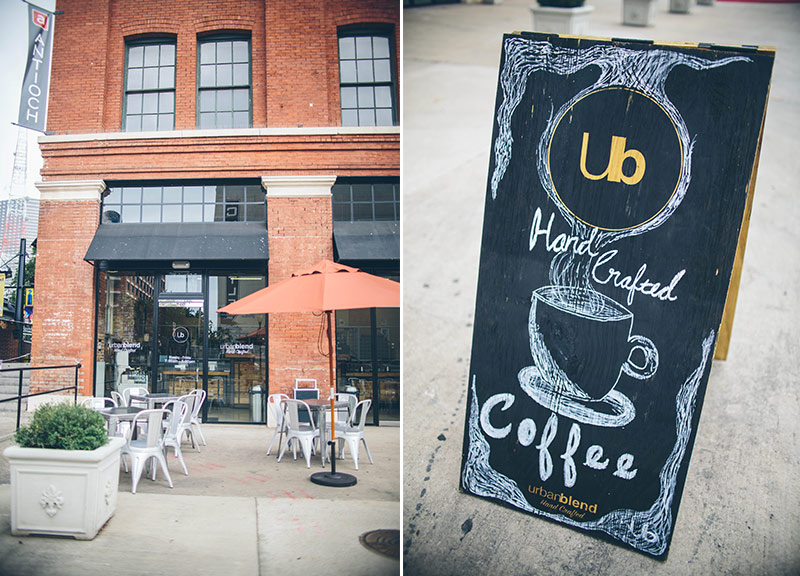 Urban Blend Aims To Bring The West End Back, One Cup of Coffee at a Time.

Welcome to Unfiltered, our new weekly feature that explores the Dallas coffee scene — and how it often manages to thrive in the most unusual places. Given that we live in a time when Starbucks locations are about as prevalent as the golden McDonald’s arches, when new coffee shops seem to open every other week and when almost everyone uses a ChemEx to brew their coffee, we’re here to show you some alternatives — for when your coffee shop routine becomes monotonous or when you’re just looking for something different in your caffeine endeavors.

It’s pretty common for restaurants and coffee shops to be among the first businesses in a neighborhood that’s being revitalized.

Makes sense: There’s just something about the creative types that fill these spots that makes the potential for an up-and-coming area known.

And the West End? Well, it could use the help. There aren’t a whole lot of retail businesses in the neighborhood these days. Weird? A little, since the area’s home to the busiest DART platform in Dallas.

But efforts are underway to change all that. And with these changes comes a nice little hole-in-the-wall coffee shop — one that you almost hope won’t get too popular so that it can remain your secret coffee hideaway.

Unfortunately, the coffee at Urban Blend is so good, you’ve go to figure that this place is right on the verge of getting all kinds of attention.

The shop’s still in its infant stage — it’s only about eight weeks old — but it has the potential to be one of the frontrunners of the West End’s next wave. That’s how owner Jason Clounts sees things, at least.

“We’d been really wanting to get into an urban coffee shop,” Clouts says. “I don’t want to develop suburbia-type environments. Coffee is community. Coffee is a gathering point. But I’d rather it be in the midst of a place where the community already comes in and out.”

Clounts has been in the coffee business since he was 15. He’s worked in almost every aspect of the industry, from management with everyone’s favorite exorbitant coffee chain to running his own shops throughout the region. More recently, he found himself drawn to the West End’s promise. And with the help of collaborative efforts from The Grove — an incubation from Antioch Church — Urban Blend was born.

It’s this type of community effort that’s growing within Dallas coffee that makes all the difference when it comes to becoming a true coffee city.

“We’re all working together,” Clouts say. “It’s not a competition. The majority of us don’t want to compete; we want to build a culture. If we build a culture, we’ll all grow together and have fun doing it.”

The design of Urban Blend certainly implies fun. It combines elements of its downtown location and its railroad influence, with huge windows for a view of the incoming and outgoing trains. Its decor is further filled with newly refurbished, locally sourced wood and muted tones that play up the shop’s abundance of natural lighting. The taller-than-average coffee bar can best be described as the perfect place to lean your head upen first thing in the morning while you’re waiting for your pick-me-up.

The shop’s location also makes it a great place for an on-the-go cup of coffee, as train riders frequently ask for lattes made in under two minutes between transfers. As a result, Urban Blend is in the process of getting walk-up windows up and running to better cater to these commuters.

The coffee itself here comes from Cultivar, which also played a part in Urban Blend’s set up and training.

For the espresso, the shop goes for a rich, raw cacao flavor by using a Colombian bean. The shots have a nutty, dark chocolate flavor while being more sweet than bitter. It’s almost dessert-like; they’re heavy and fill your palette instantly, and are perfect for people who prefer bolder flavors or need that extra push in the morning. (I recommend the iced Americano with cream for an experience almost like caffeinated chocolate milk, or just a plain cappuccino if hot drinks don’t bother you in the summer.)

The Colombian is also good in a V60 pour-over, as it brings out different flavor elements. This method brings out a brightness with a lighter body than the espresso. It’s still rich with dark chocolate flavors, but with a slightly fruity hint that rounds out the taste.

Urban Blend also serves a line of mason-jarred treats from MasterChef contestant Rhonda Sweet of Sweet Moses Brands, who is a member of The Grove along with Clounts.

“The handcrafted coffee is delicious, and I like the atmosphere,” Sweet tells us about her collaboration with Urban Blend. “It’s right off the train, so you can come in and grab a cold drink or a hot drink.”

Although the shop is still young, Clounts sees a budding future for his shop — and for Dallas as a coffee city.

Sounding off, he vocalizes the shop’s possibilities: “We have fresh potential that’s just gonna be amazing. Dallas is on the beginning coffee culture side. But so many other cities have already been doing it, that I think now we have an opportunity to do it uniquely for Dallas.” 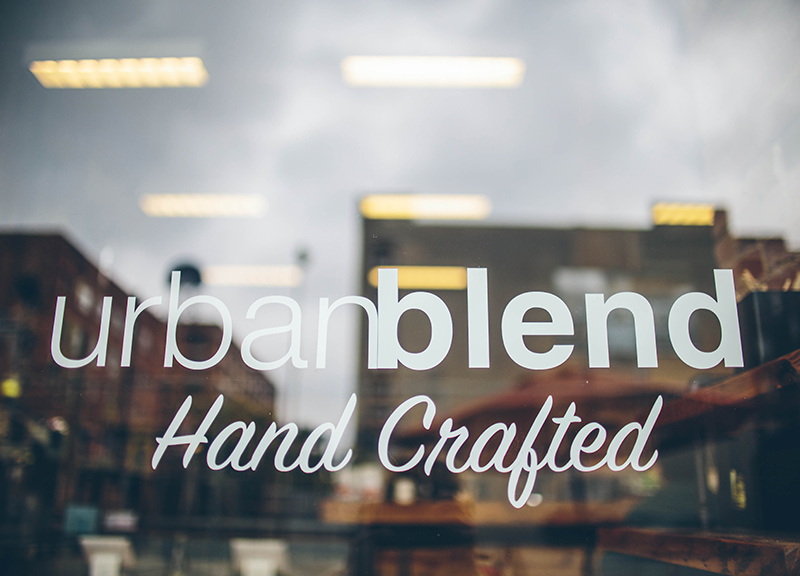 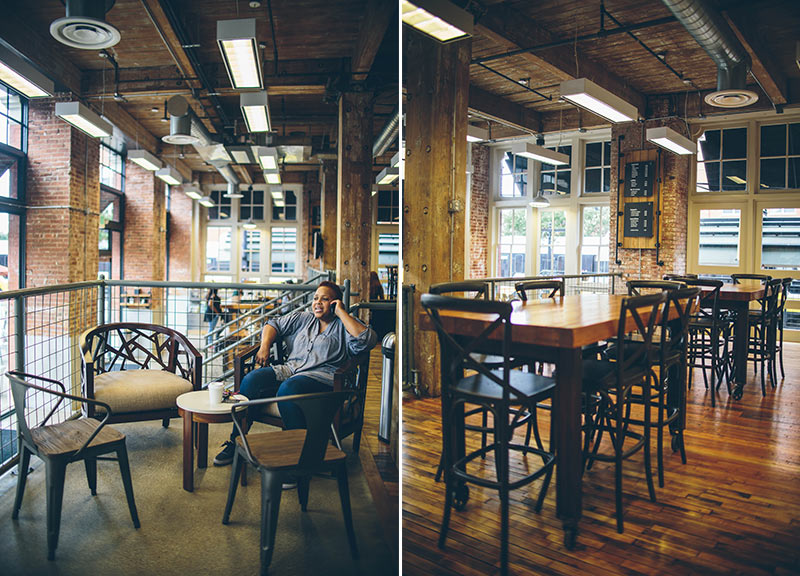 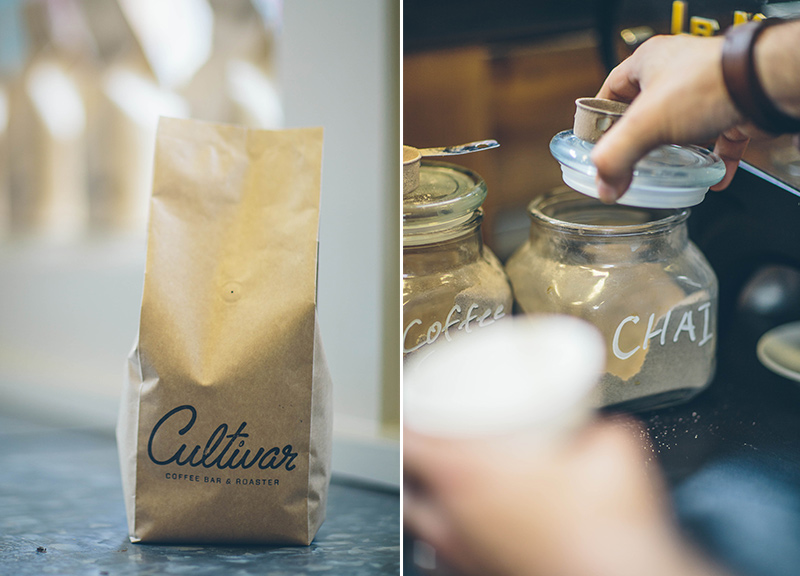 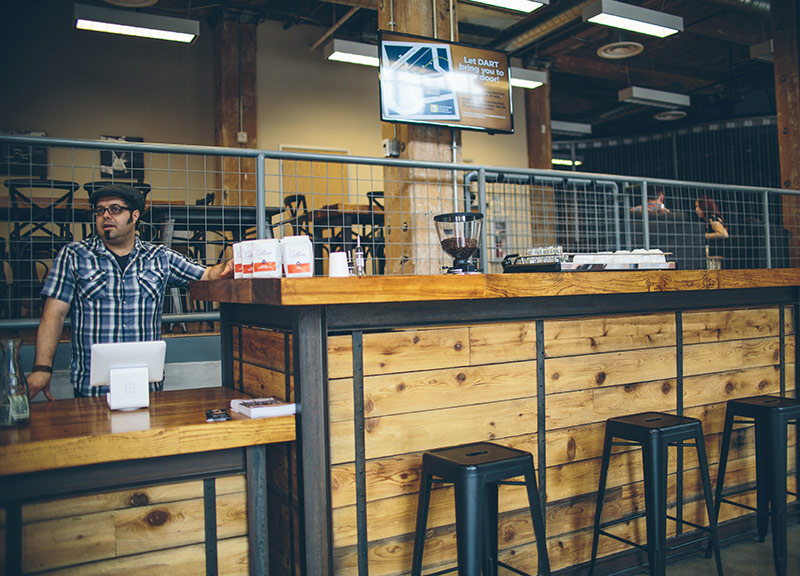 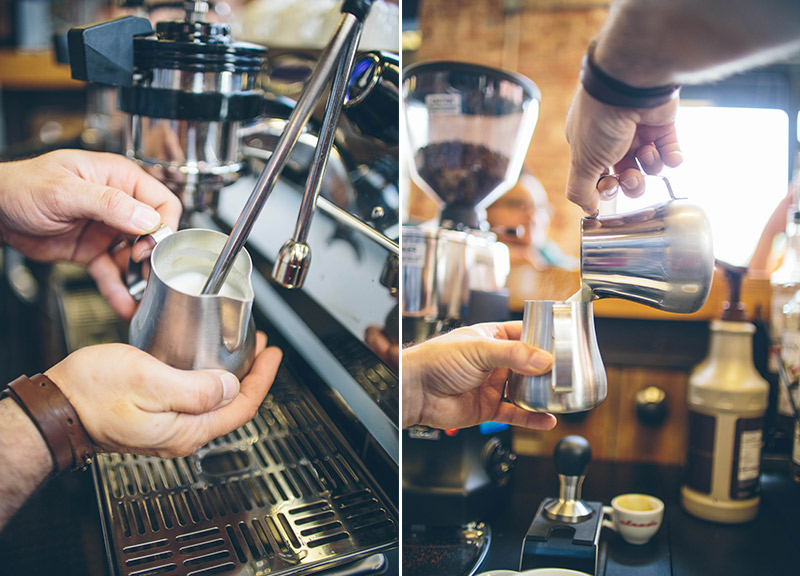 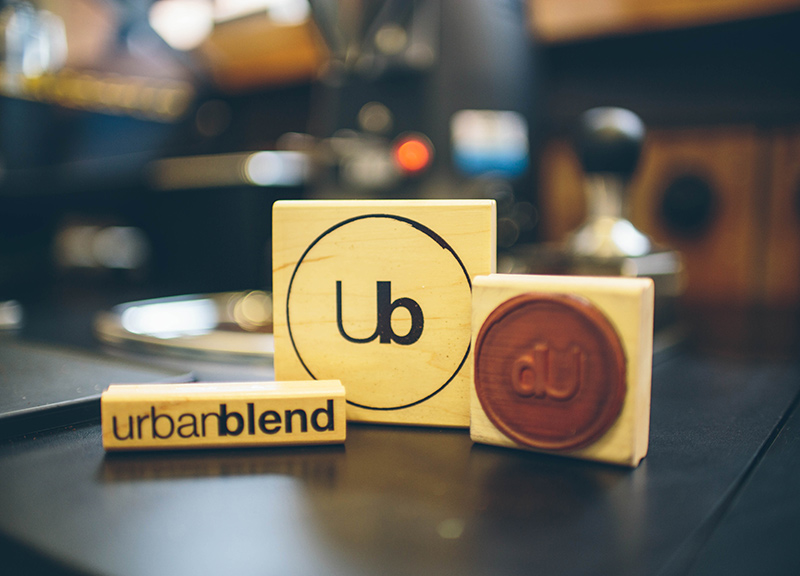 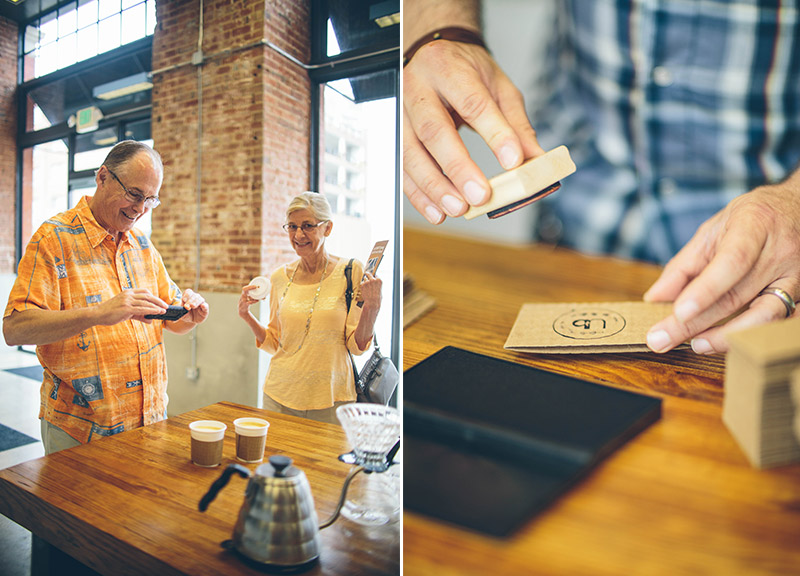 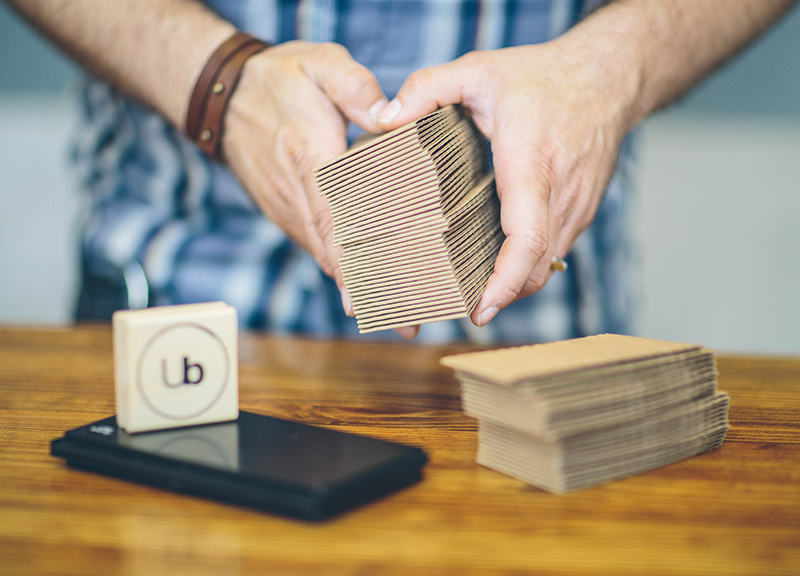 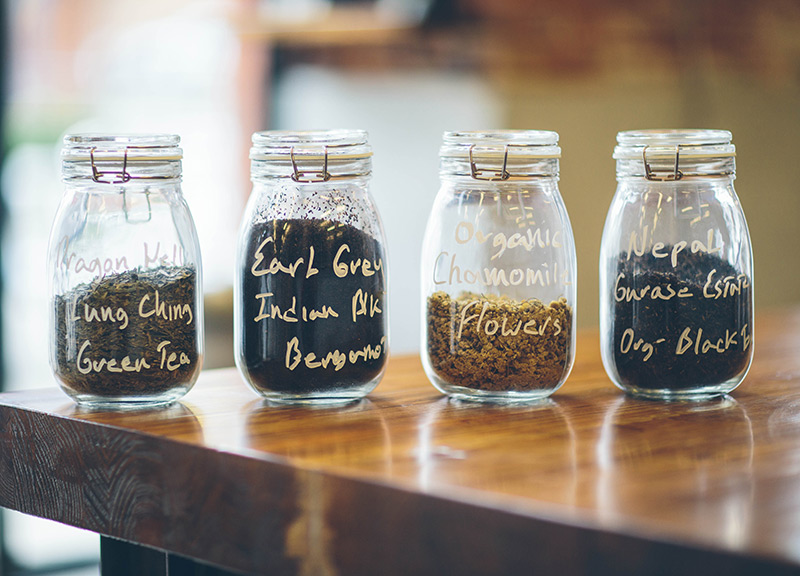 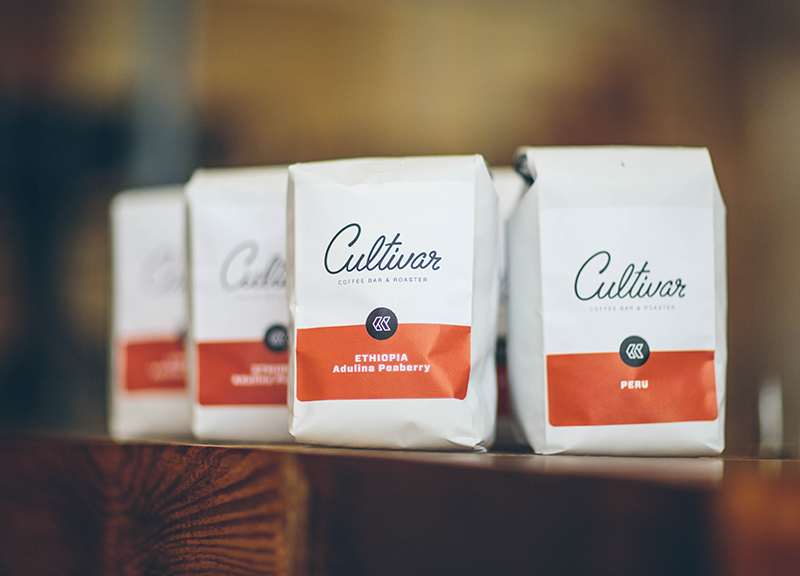 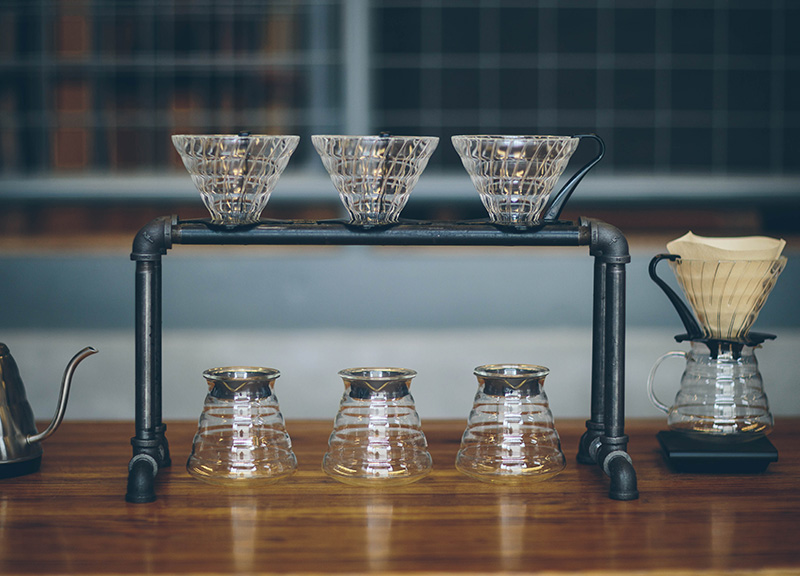 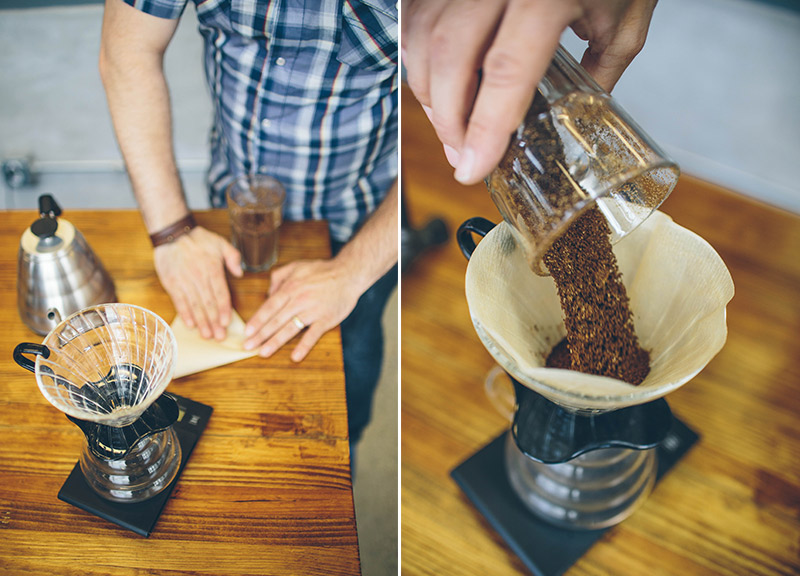 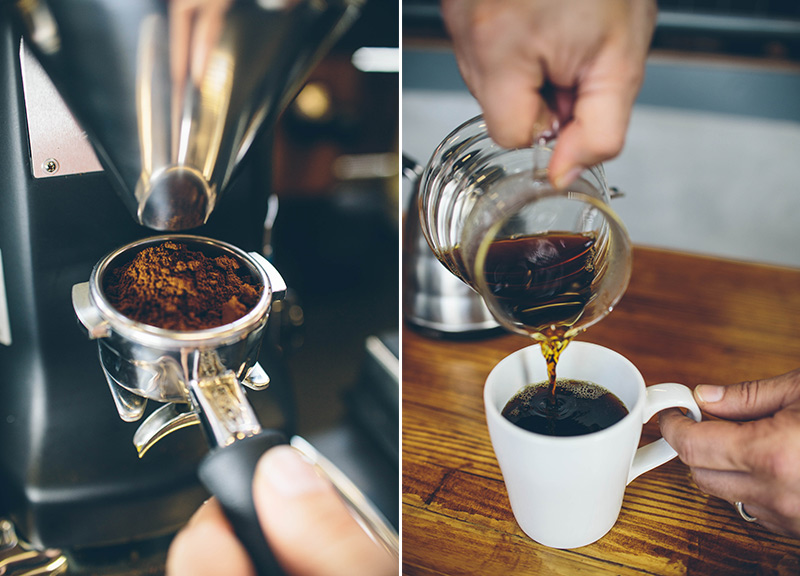 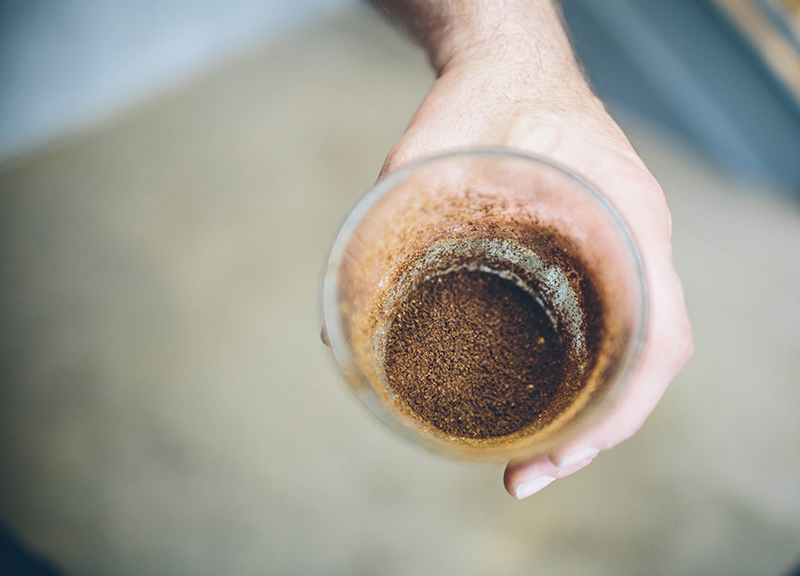 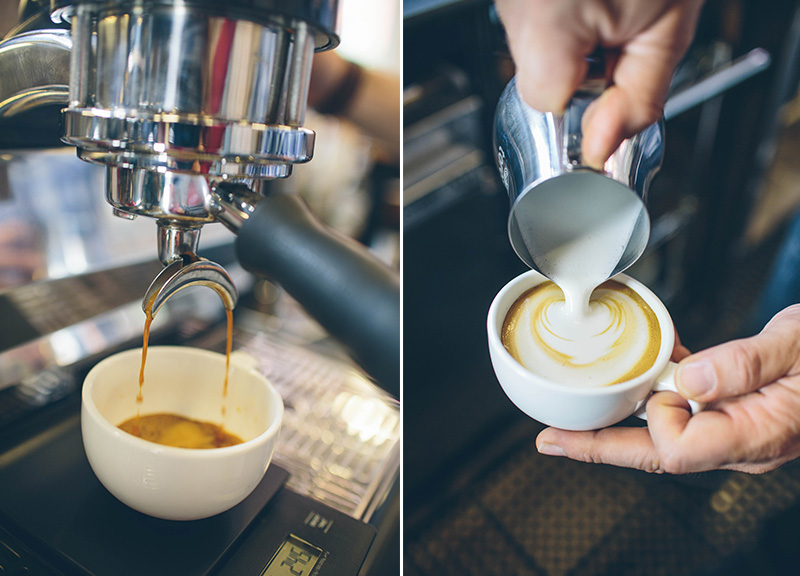 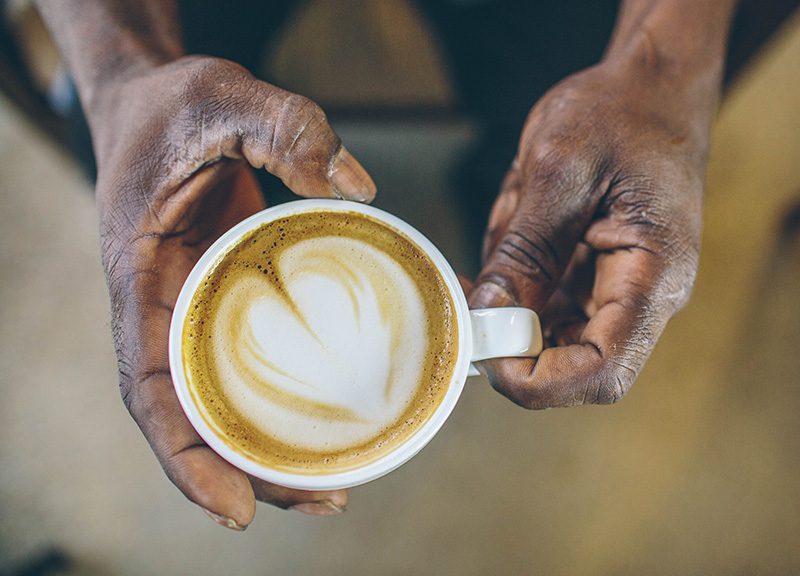 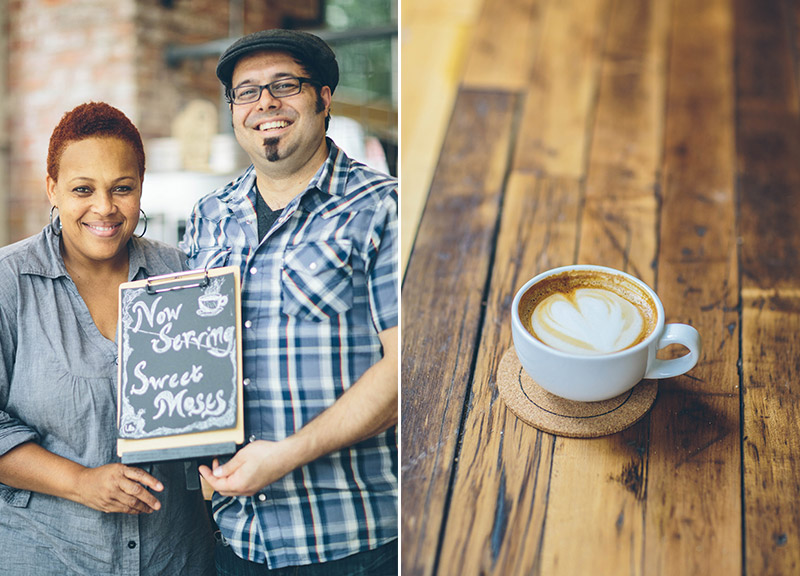 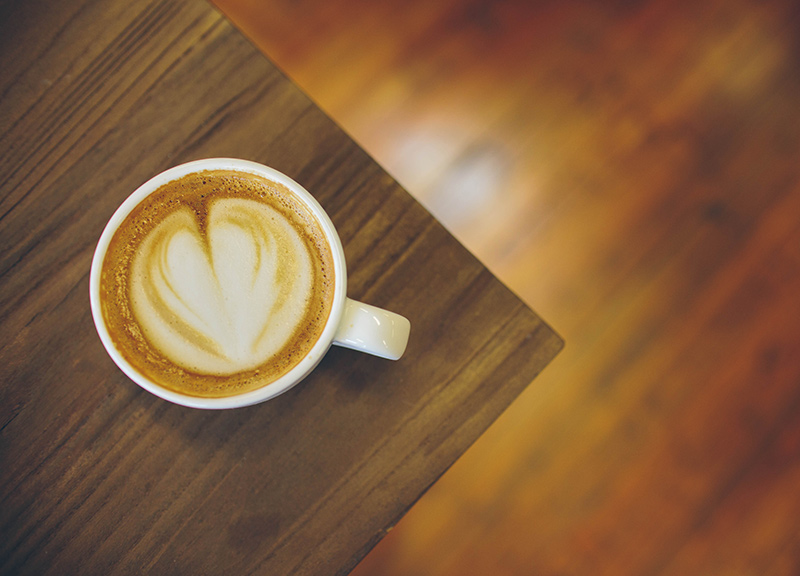