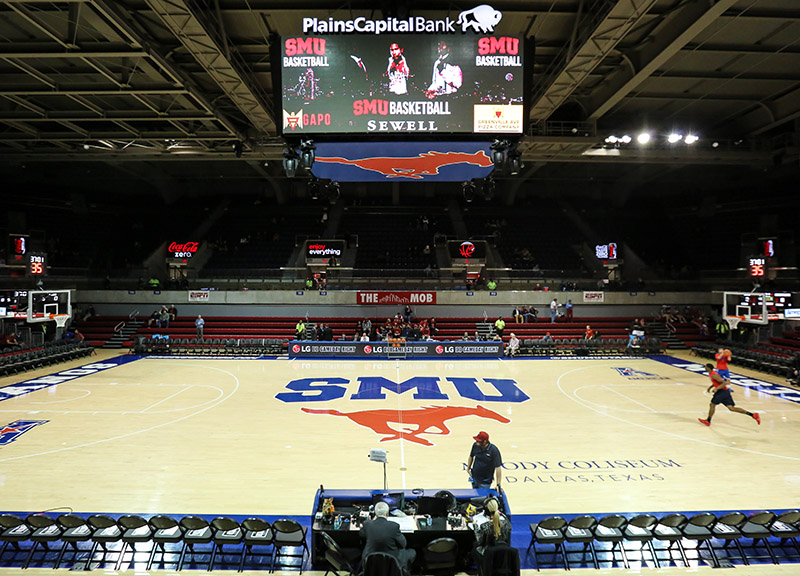 After A Second Loss To Cincinnati, The SMU Mustangs Can Kiss Their National Ranking Goodbye.

Heading into last night’s game at Moody Coliseum, Southern Methodist University's men's basketball team was enjoying a nice mid-season run — one that most everyone, local and national, pretty much expected.

Larry Brown and company had won 16 of their last 17 games, including eight straight wins against conference opponents, to amass for an 18-4 record on the season. Better yet, junior forward Markus Kennedy had just been named the American Athletic Conference’s player of the week, an honor his teammate junior point guard Nic Moore had received the week before. But, more important, the team was back in the national rankings, coming in at No. 23 in both the Associated Press and USA Today Coaches Top 25 polls. In no uncertain terms: The team was rolling.

The last time the Mustangs lost was over a month ago. That came back on January 3, up in Ohio, against Cincinnati. Last night, in a home rematch against the Bearcats, the Mustangs hoped to show some revenge.

Instead, they saw a whole lot of the same. Last night, the Mustangs lost 54-62 to the Bearcats in a slow-burning game that they somewhat controlled in the first half, but then slowly let slip away in the second half after failing to close a consistent single-digit gap.

In the first half, the Bearcats hurt themselves with 10 turnovers in the first 10 minutes of the game and only three baskets scored. While the Bearcats were shooting themselves in the foot with that slow start, the Mustangs pounded away in the paint for 18 of their 25 first half points. In the second half, though, the Bearcats committed just four turnovers while junior forward Octavius Ellis recorded three blocks, which did just enough to disrupt the Mustangs’ offense under the basket. That, coupled with poor shooting from the Mustangs, kept the game close. The two teams were within single digits of each other for all but one possession of the game. There were 12 lead changes and the teams were tied 10 times.

It wasn't really pretty: The Mustangs shot a paltry 36 percent from the floor. Team leader Nic Moore went 1 for 9 in his field attempts. And, for the second consecutive game against Cincinnati, standout sophomore forward Ben Moore failed to score a single point. He contributed just one rebound. SMU's scoring leader and only consistent shooter on this night was backup center Cannen Cunningham, who scored 14 points. Kennedy contributed seven points and nine rebounds.

In close games like this, the Mustangs certainly appear to be missing sophomore shooting guard Keith Frazier, who last month was ruled academically ineligible for the second half of the season. His 10 points and four rebounds per game — and his perimeter defense — would've no doubt been welcome last night. In his absence, with SMU was chasing Cincinnati in the final minutes of the game, the Bearcats' Jermain Sanders and Shaq Thomas hit two crucial three-pointers to keep the game out of reach. On the night, Cincinnati shot 58 percent from beyond the arc, hitting a total of seven daggers.

It’s hard to imagine the Mustangs will suffer through another 36 percent team shooting performance, but with two games against conference powerhouse UConn remaining on the schedule SMU can’t afford to give up games like this one so late in the season. Last year, the Mustangs ruined any chance at the tournament with a handful of end-of-season losses. They’ll definitely need more production from the frontcourt players such as Ben Moore and Yanick Moreira if they hope to get back on track with the promising future we all saw in the program at this season's start. 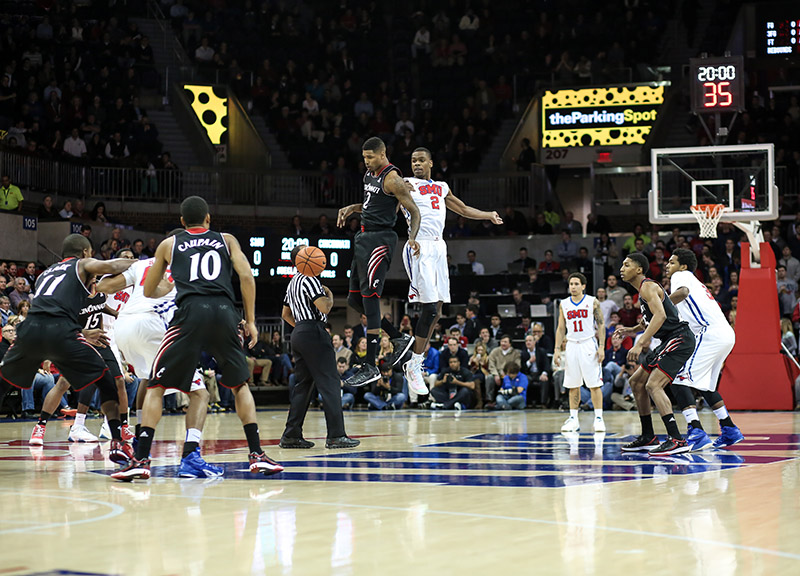 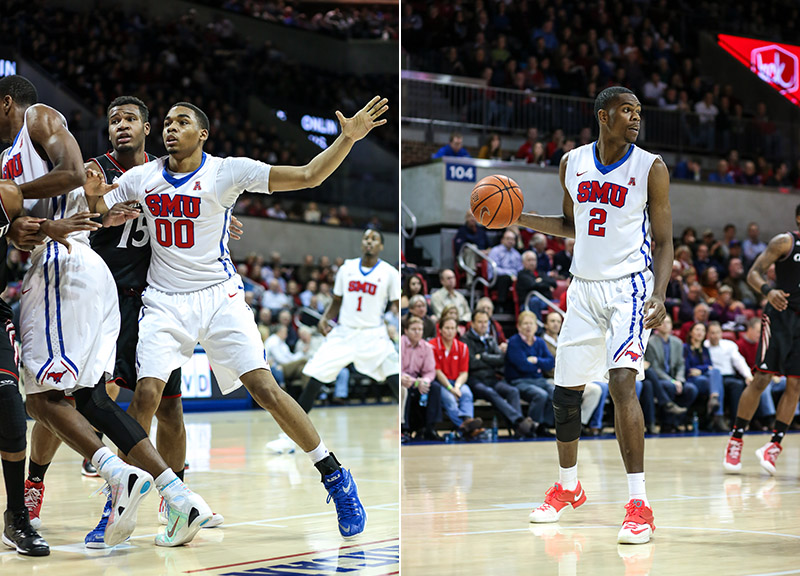 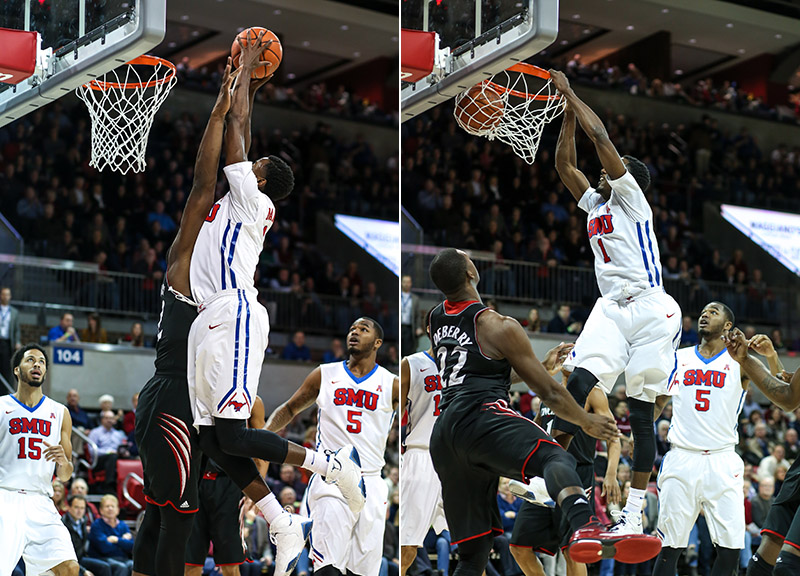 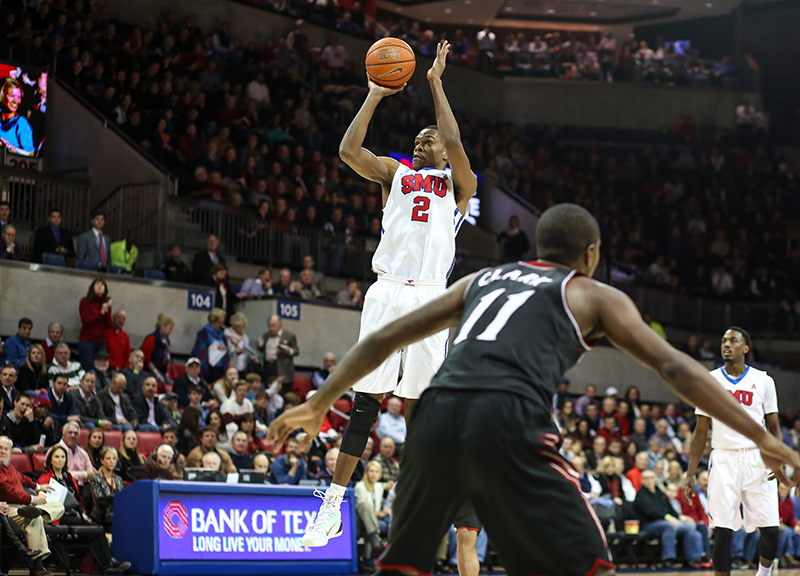 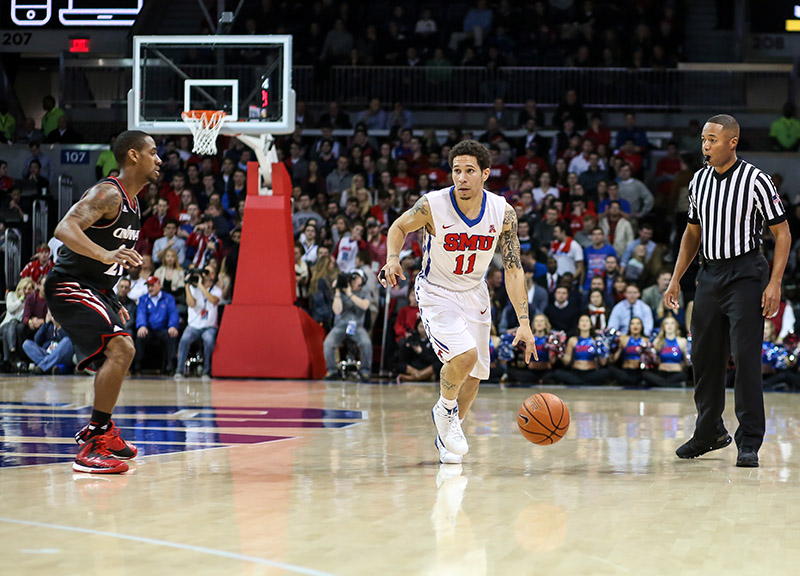 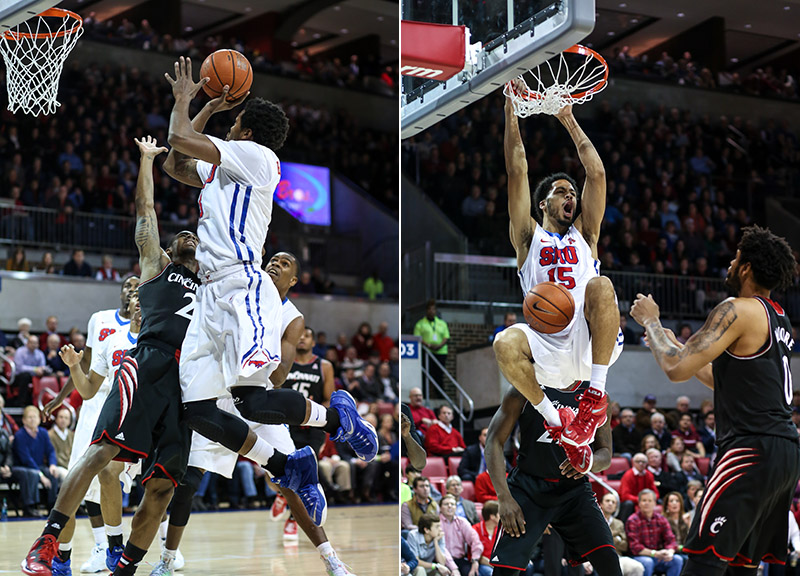 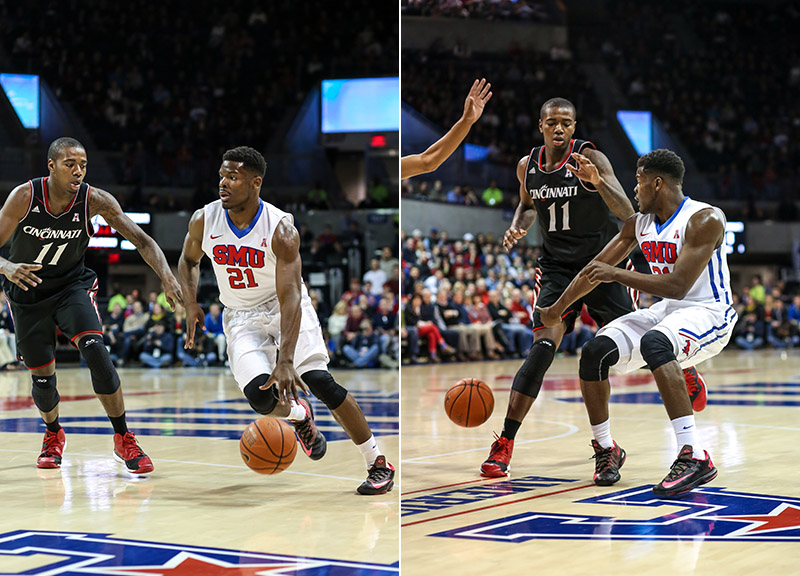 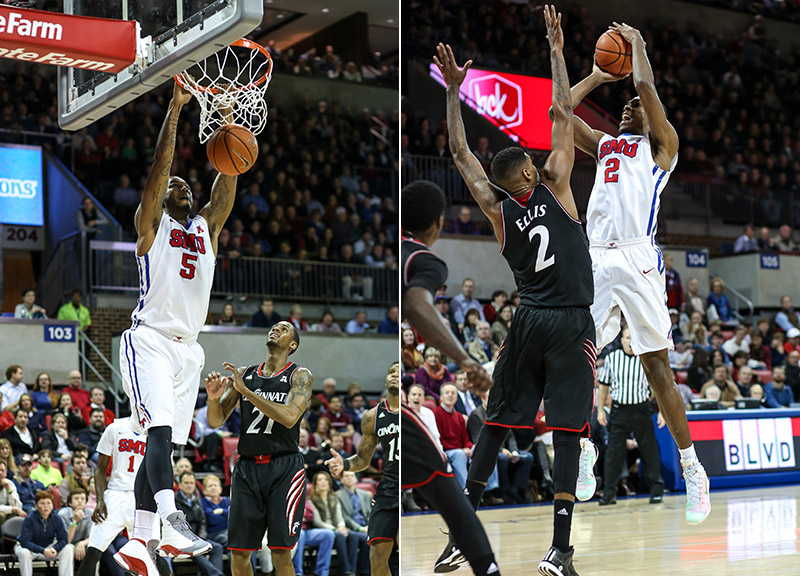 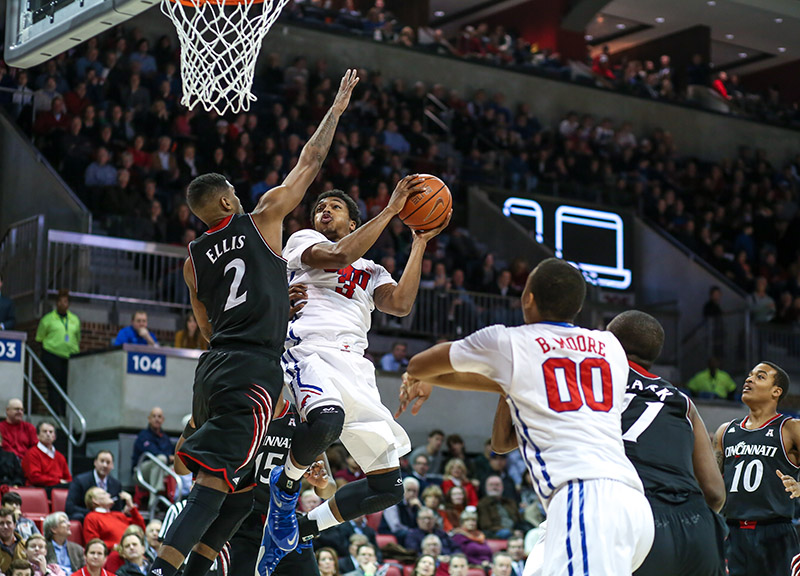 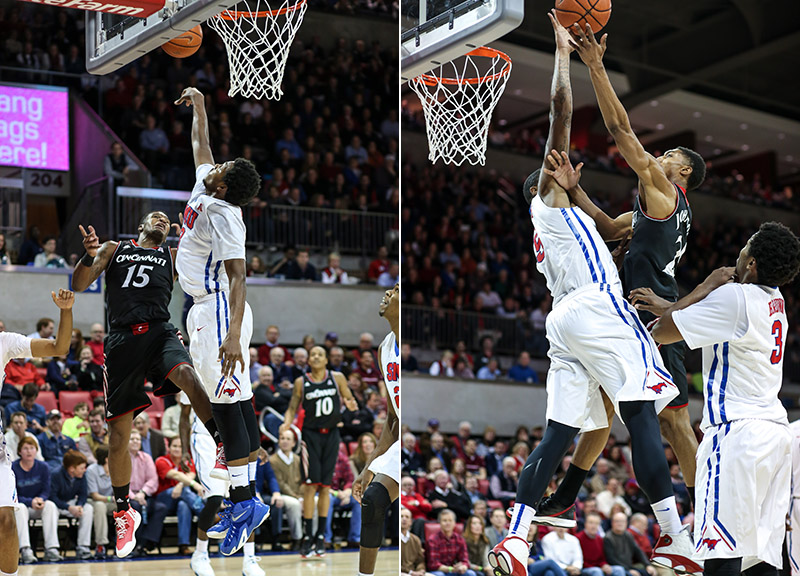 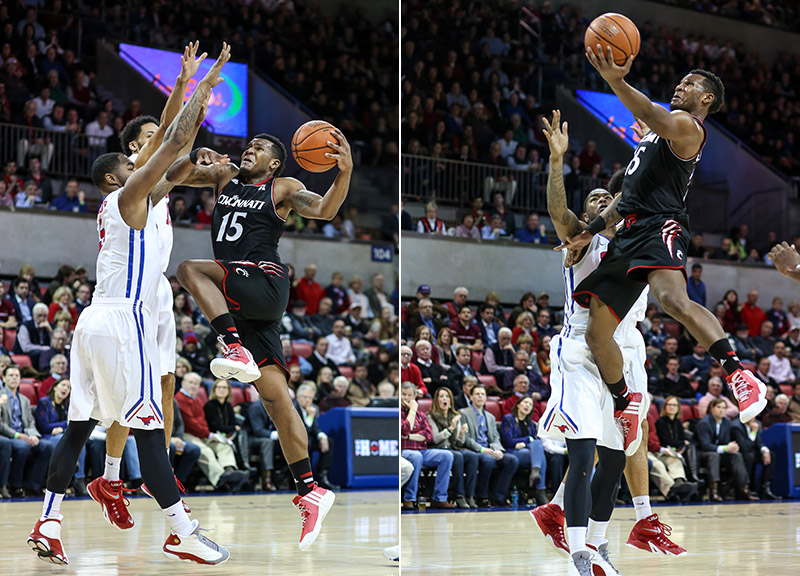 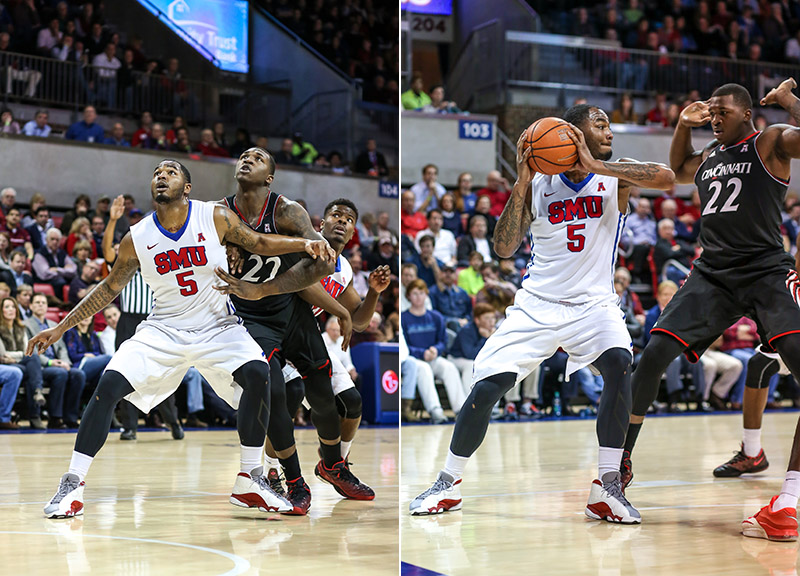 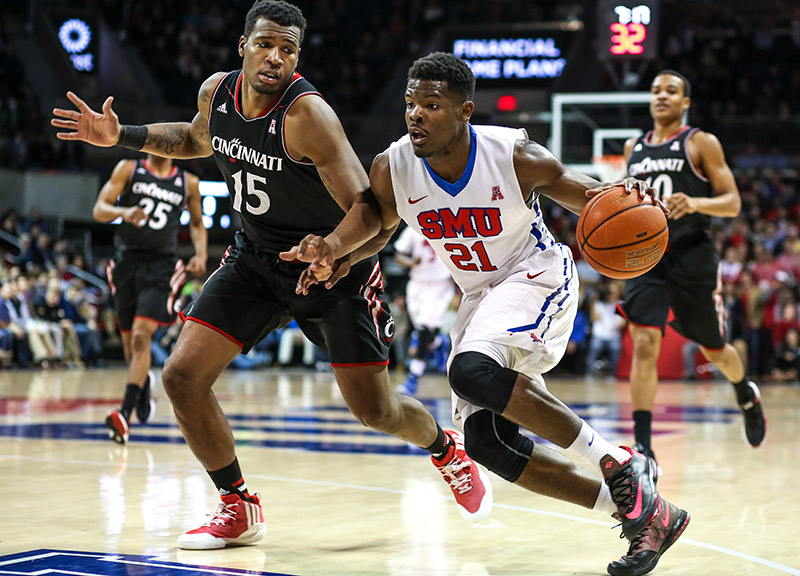 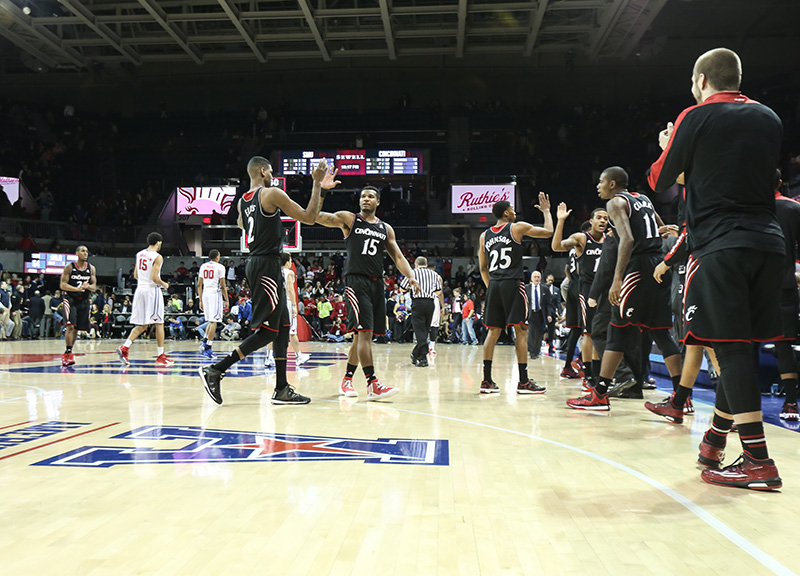