Finally, Dallas’ Victory Park Is Looking Like A Winner. 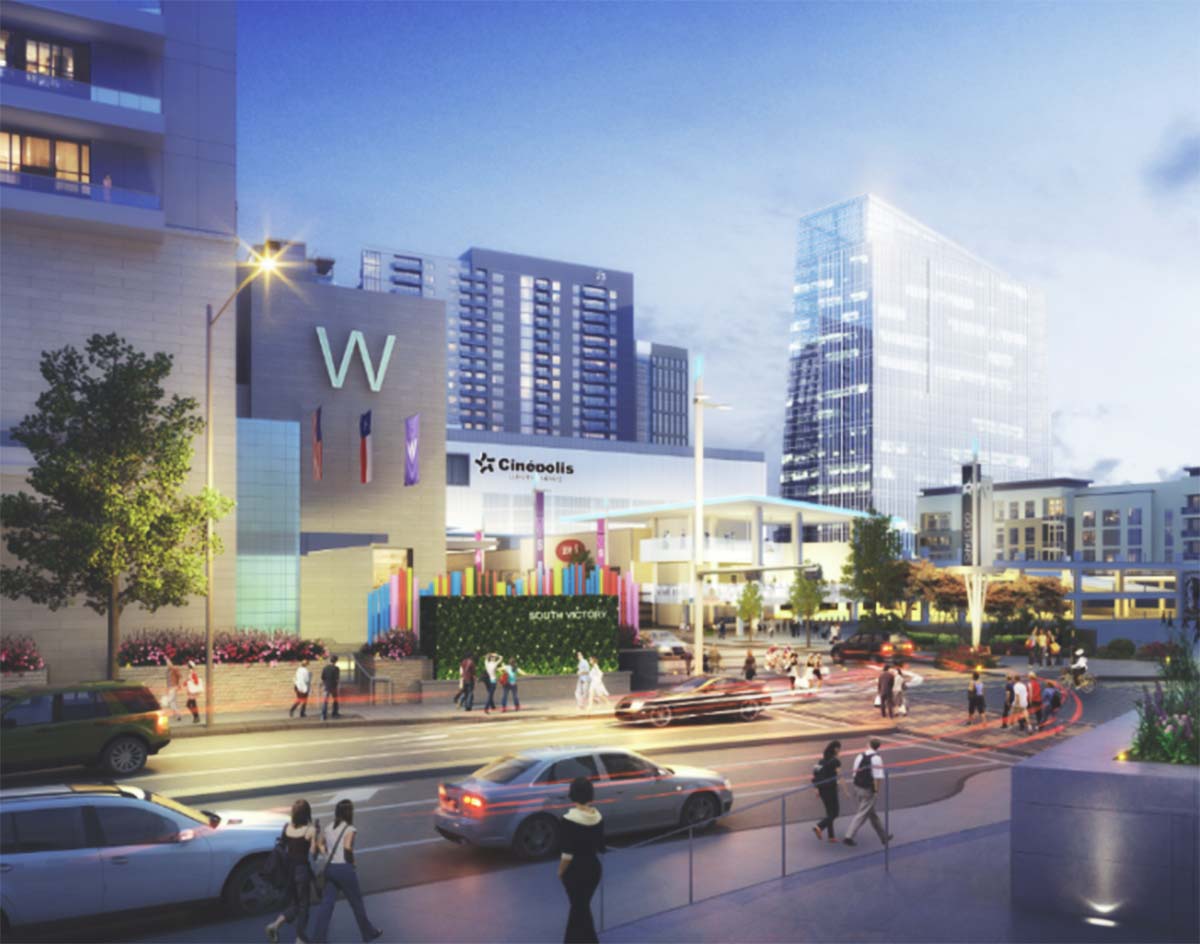 Two Decades After Developers Promised That Victory Park Would Be Dallas’ Next Great Neighborhood, That Dream Is Starting To Become A Reality.

If you haven’t been down to Victory Park in a while — or, if your M.O. when attending sporting events and concerts at the American Airlines Center is just to GTFO of there ASAP once things are said and done in order to dodge traffic — what we’re about to say might come as something of a shock. But the Uptown and Downtown Dallas-adjacent neighborhood is finally staring to become a destination.

You remember their pitch, don’t you?

Folks would stay at the fancy W Hotel, they said. They’d frequent the handful of shops and restaurants in the plaza out in front of the arena and over on Victory Avenue, they said. Yes, on non-game days too, they said.

But those forecasts never quite came to fruition. And, throughout the years, the businesses surrounding the AAC have seeming been swapped in and out as frequently as the rosters of the Mavericks and Stars that played inside.

It kinda makes sense. On game days, maybe you get to the stadium early enough to grab a bite — but you’re not sticking around that long once the games are over. And even on non-game days, well, that revolving door of spots just never seemed to be big enough draws to persuade one to fight the lack of parking.

Listen, there are just a ton of reasons why Victory Park just hasn’t happened yet to date.

But 20 years after its inception, the dream is finally showing signs of life. Now, Victory Park looks every bit like a burgeoning destination neighborhood — one that will have some 4,000 residencies and 4 million-square-feet of retail space to its name when all is said and done with all the construction going on there.

It really looks like a lot more than a pipe dream these days.

Led by the nearby Camden Victory Park and W Dallas Victory Residencies, there are already over 14 apartment and luxury loft buildings in the district alone, boasting some 3,000 living spaces between them. And with a WeWork coworking space in the neighborhood, plus another three other towers currently leasing office space, there’s finally a steady stream of foot traffic in the neighborhood both day and night.

There are, of course, more in-depth explanations to the sudden rise than just an influx of bodies. But perhaps more important than how we got to this point, is the answer to the vital “So, uh, what all is down there now?” question.

It’s a lot. Including the following:

That’s all before counting the volume of media companies that call Victory Park home, too. Cumulus-owned radio stations KLIF, WBAP, 99.5 The Wolf and The Ticket all broadcast live from their Victory Plaza studios, which is also where WFAA originates some of its live news-oriented television programming.

Even more is headed Victory Park’s way soon, too.

According to Victory Park’s official site: “The entire ground floor of the west Victory Plaza building will be completely transformed into a restaurant and entertainment concept by the groups responsible for HG Sply Co, Standard Service, Barcadia, Mudsmith, Beauty Bar and more.” That concept from Brooke Humphries (Beauty Bar, Barcadia, Mudsmith, Pints & Quarts and It’ll Do) and Elias Pope’s 8020 Hospitality (HG Sply Co., the late Remedy and Richardson’s Standard Service) is one of just a few interesting new spots that have been in the works for over a year now; Humphries is also working on a separate parking garage-set bar and tavern concept along Victory Avenue, and the team behind This & That Concepts (High Fives, The Whippersnapper, Tiny Victories, The Standard Pour, Ferris Wheelers, Alice and the late So & So’s and Wayward Sons) is set to open its own two-story operation called Dibs On Victory right across from The W in the very near future.

Additionally, a Houston-based developer began breaking ground in November on what will be the neighborhood’s tallest building. At 39-stories, The Victor skyscraper will be Dallas’ tallest outside of Downtown, boasting 344 luxury apartments, retail space and a giant parking structure to help assuage neighborhood parking concerns.

The big Victory Park pitch remains the same as ever, really. As Perot told USA Today back in 2007: “You can move into a beautiful downtown home, walk to the arts, walk to a basketball game, walk to restaurants. There is something unique in the downtown fabric that you couldn’t get in the suburbs.”

It just took another 11 years for that vision to develop in a victory, is all.