Is Victory Park Finally On The Up And Up? 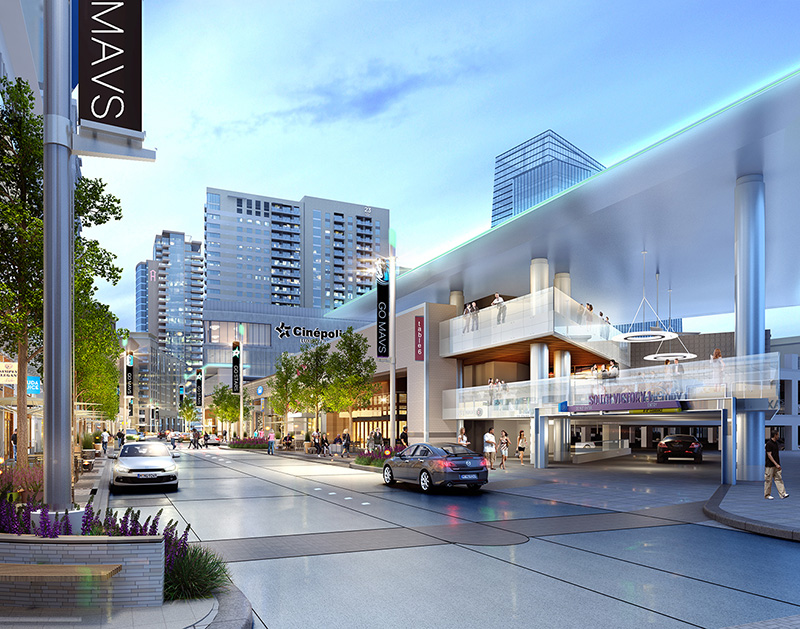 With Lease Commitments From The Teams Behind Beauty Bar, So & So’s and HG Sply Co., Glitzy Wasteland Victory Park Snags Some Legitimately Interesting Tenants For Once.

Late last week, a publicity firm working for the powers that be behind the known real estate bust that is Victory Park blasted out a press release that, for once, actually merited a little chest-thumping for the area: The release announced that three of the region’s more successful restaurant ownership groups were committing to signing leases for a collection of businesses due to open in the neighborhood at some point later this year.

And those entities — This & That Concepts (the team behind So & So’s, The Whippersnapper, High Fives, The Standard Pour, the coming-soon Ferris Wheeler’s Backyard & BBQ in the Design District and the late Wayward Sons), Brooke Humphries (Beauty Bar, Barcadia, Mudsmith, Pints & Quarts and It’ll Do) and 8020 Hospitality (HG Sply Co., the late Remedy and Richardson’s Standard Service) — are for sure among the city’s tops.

So what can we expect of these concepts? Here are the few details that the release shared about these ventures, verbatim from the email.

I have a few immediate thoughts.

1.) A parking garage bar seems like a genuinely interestingly, if also fairly bizarre, concept — and a fitting one, I’d say, from the mind of Humphries, who is known to detest norms in general. Also: A bar inside of a parking garage just may be the most “Dallas” concept of all time. (Although, turns out, Austin somehow beat us to that punch already.)

2.) Humphries teaming up with Elias Pope for a restaurant just seems like a no-brainer, given that the two are neighbors along Lower Greenville already.

3.) This & That doing a second-floor patio makes all the sense in the world, especially given how Happiest Hour’s capitalized on its own use of outdoor space to make money off of the pre- and post-event crowds at American Airlines Center and the House of Blues, thus solving the longstanding riddle that’s persisted in this part of town.

I also have a few immediate questions — like, say, when these places might actually open, what they might be called and, in the case of the Humphries-8020 collab, what the “entertainment concept” portion of their news space involves. (Also, how come it looks like there are only white people in the rendering of the new area provided by the PR firm? That’s a discussion for a different day, maybe. But still.) 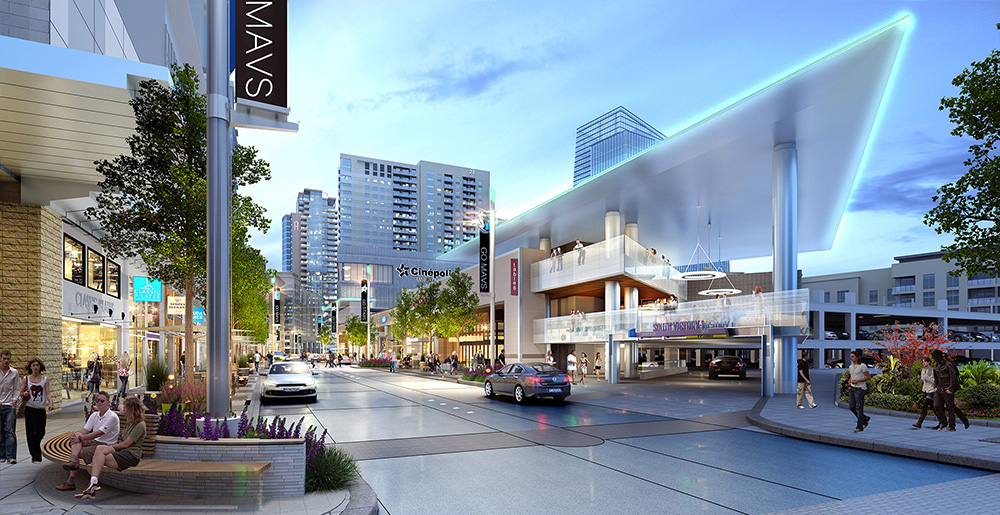 An architectural rendering of some of the new developments coming to Victory Park.

Alas, none of the involved parties seem ready or willing at this point to share much additional extra info on this front, saying instead that it’s too early on in the process to divulge such details.

Humphries does conceded, however, that discussions about moving into Victory Park have been going on for a while at this point.

“This Victory thing is really exciting” shes says when reached over text. “The collection of operators is top-notch. They’ll announce more soon. It’s a very exciting project to be a part of.”

She also confirms that the Victory developments are separate from any relocation for Beauty Bar, whose doom is known to be impending due to planned developments along Henderson Avenue. However, she does not that details on a new home for Beauty Bar in another part of town should be unveiled soon.

Hays, meanwhile, too touts the fact that he expects other businesses to follow these first three ventures’ lead in the coming months as a reason for his excitement about moving into Victory.

“It’s a really cool group, and we’re excited about that,” Hays says when reached by phone. “Plus, there are a couple of other spaces that are going to be coming down there that they aren’t releasing yet. It should be really cool.”

For years, Victory Park has wallowed as a glitzy part of town that lacks any real crowd to speak of, let alone a soul. While the details on the perhaps-pioneering new establishments that are heading this neighborhood’s way are indeed somewhat scant at this point, the information available does seem to suddenly increase Victory Park’s position as a Dallas neighborhood on the rise — especially when factoring in the news that Victory is slated to get its own movie theater this year, too.

Is it possible that this is all a sign that Victory Park, now some 15-plus years past its conception, is about to make good on all of its promise? Can’t say for sure, but I’d call it a nice start.