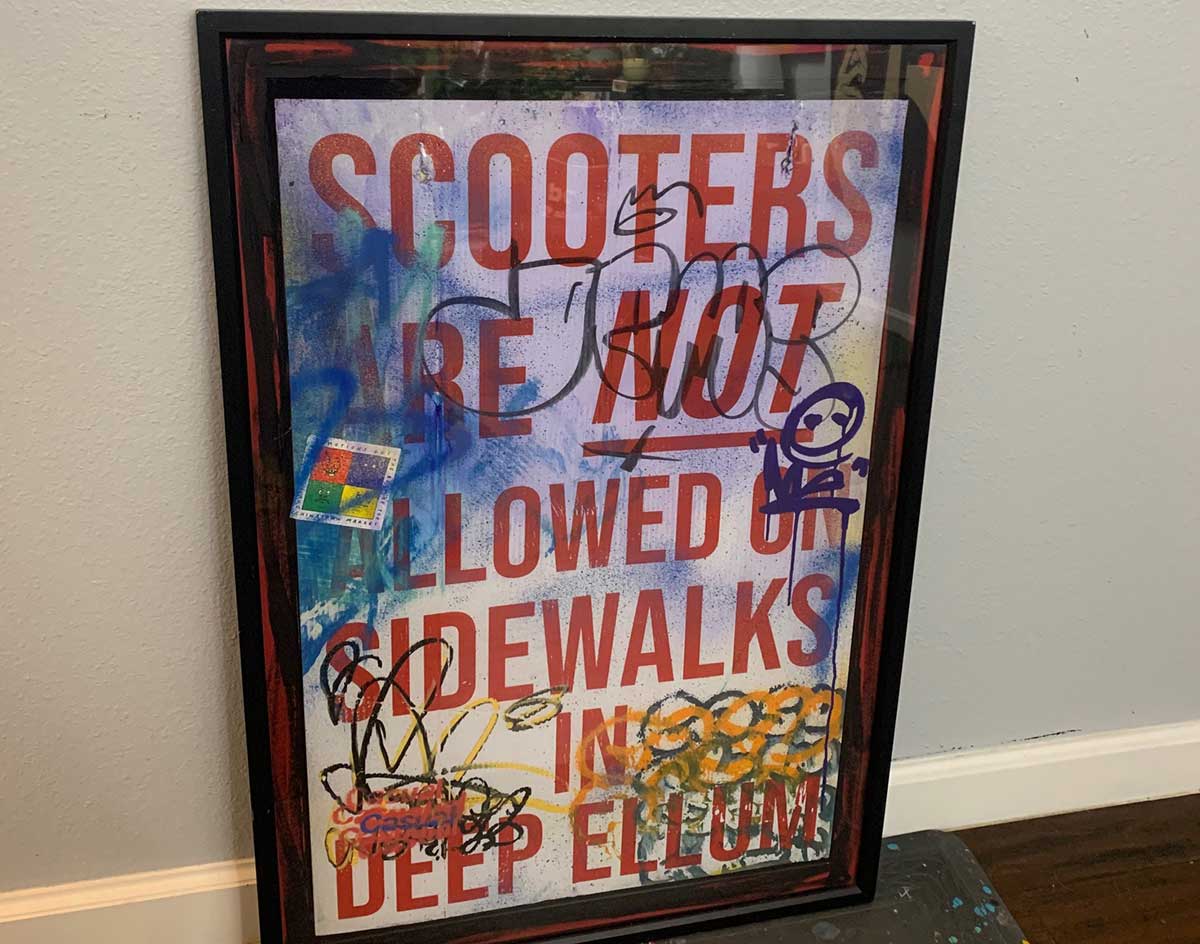 Riding Electric Scooters On The Sidewalk Remains A Scourge In Deep Ellum, But One Dallas-Area Pop Artist Hopes To Profit Off Of The Ongoing Hysteria.

Earlier this week, Lime made it known that its technology can tell when its scooter riders are riding on thAe sidewalk. Alas, the company also said there’s not much it can do with this information.

And so, despite the clear dangers and illegality of it all, the ongoing scooting-on-the-sidewalk saga continues — particularly in so in Deep Ellum, where not even a concerted campaign involving omnipresent posters that read “Scooters Are Not Allowed On Sidewalks In Deep Ellum” has thwarted the scooter-loving masses.

Dallas pop artist Captain Casual sympathizes with those fighting against the sidewalk scooter-riders in Deep Ellum — and all across the city, really.

“The scooter epidemic is something totally out of hand in Dallas and so deeply tied to the current times,” he says.

But he’s also hopeful that he can profit off of the pervasiveness of the concerns. Last month, the artist — who claims he died in 2015 for 12 seconds and woke up inspired to ditch his previous life as a stock trader to start a new one centered around “creating are as a method to spread [his] positivity and passion for life” — shared to his Instagram account a new piece he’d created that focuses on the scooter madness.

Or, well, perhaps “upcycled” is the better term.

During a night out in Deep Ellum, Captain Casual and another artist friend spotted a discarded anti-sidewalk-scooting poster that had already been tagged some. Inspired, he decided to take the piece back to his studio, add more distressing to it along with some additional graffiti and tags of his own.

He also matted and framed it.

“I felt it really captured Deep Ellum,” he said of the work, which is still available for purchase at a $1,500 list price.

All photos courtesy of Captain Casual.