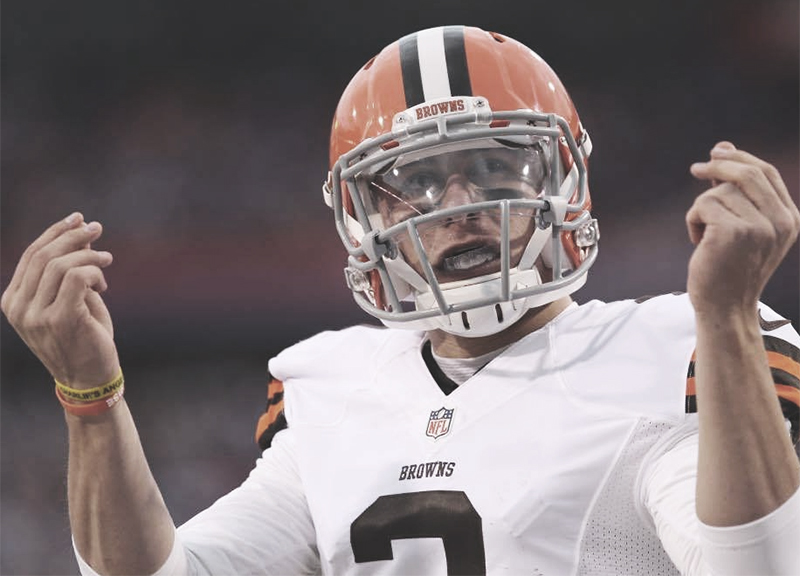 Johnny Manziel Is Being Investigated By Dallas Police For Reportedly Besting Ex-Girlfriend.

Johnny Manziel is in trouble yet again and this time it's got him a two year restraining order and a criminal investigation. Manziel has been accused of beating his ex-girlfriend, Colleen Crowley, in Dallas. Yesterday, the affidavit that provides her account of the incident was released. Among the many troubling accusations, Crowley states that in the early morning of January 30, Manziel grabbed her hair and threw her in his car and told her that he would kill them both, then laughed it off and said he'd only kill himself. Manziel has also been accused of slapping Crowley in the face, which caused her to lose hearing in one ear.

This is not the first time Crowley and Manziel have been in a domestic dispute. In October, the couple was pulled over by police for speeding while they were arguing. Crowley, then claimed Manziel pushed her head into the car window and police found an abrasion on her arm.

The restraining order also requires Manziel to pay $12,500 of Crowley's attorney fees. Dallas Police Chief David Brown has said that the investigation is moving as quickly as possible, but authorities are “going at the victim’s pace.”

You can read the full affidavit below.