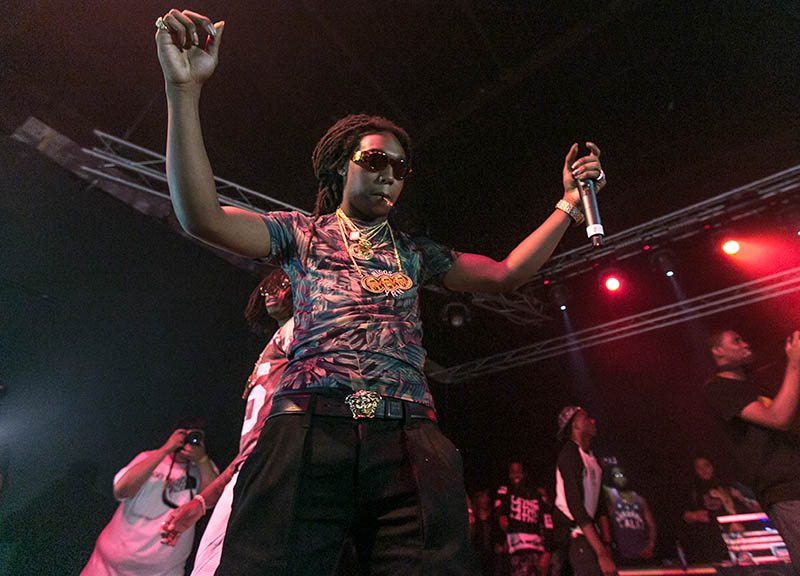 Scenes From Friday Night’s Sold-Out Migos Show at the South Side Music Hall.

The South Side Music Hall was chock full of anticipation for Migos on Friday night. And, really, the sell-out crowd had plenty of reasons to be excited for the night’s headlining performance.

Aside from it being the trio’s first legitimate venue show in Dallas — and the all-out first in town with all three members in attendance — Migos’ buzz might be at its climax.

On Friday morning, the Atlanta trio seemed determine to ensure this fact, too, releasing two new tracks that make claim to the group’s insistence on being staples in the hip-hop scene — “New Atlanta” featuring Rich Homie Quan and Young Thug and the “Welcome To Atlanta” originator Jermaine Dupri, and, less fittingly, a feature on Justin Bieber’s “Looking For You.”

So, yeah, it was a big day for the trio. And maybe — just maybe — that, along with travel, it was a little excusable that Migos nearly missed the venue’s hard 1 a.m curfew.

By 11:30 p.m., the group was nowhere to be found. The crowd was willing to wait — a testament to the hype that Quavo, TakeOff and Offset have built for themselves, no doubt — and word was that Migos was on its way, of course. But even that couldn’t be confirmed, and, for a few out in the audience, worry started to creep in: Might this show be reminiscent to past lackluster performances in town from the group’s least favorite act, Chief Keef, a rapper with whom Migos has been exchanging subtweets and diss tracks?

Fortunately, no, not really: Shortly before midnight, Migos arrived and wasted little time in hitting the spotlight. Their DJ scrambled to the stage first, set up his equipment and cued “Contraband,” one of the group’s newest tracks off No Label II. And then, like clockwork, the three members of Migos filed in to the venue, got handed mics as they entered the stage, and were met with a roar of cheers from the crowd.

For the first few minutes of the set, it was pandemonium, too — a scene not unlike a pop star being spotted in a mall. Guys and girls, under- and over-21s, they all sang the songs back to the performers as they wrestled to move closer to the stage. Migos, decked out in a wide variety of high-fashion pieces and a multitude gold chains, fed off the energy during the first few tracks of the set, “Emmitt Smith.”

Oddly, though, the conclusion of “Emmitt Smith” was the peak of the event. From that point forward, the crowd seemed to move on from its initial awe-factor and waited for Migos to dazzle them on their own. But the young group wasn’t quite prepared for that.

Among a mass of people on stage, Migos worked through several more songs with much lower energy levels. It was as if the show had hit a wall. The hype had worn off and Migos began to fail to live up the crowd’s expectations. Between songs, the group began conferring between itself and attempted to bring a little energy back into the room. But even a quick medley of 2013’s summer smash hit “Versace” into “Hannah Montana” was lost on the crowd.

So the group pulled out the last card it had left — announcing an after-the-show club appearance in its sole attempt at bantering with the crowd. Then? The trio posed for some photos and called it a night, its song “Bando” playing in the background while attempting to exit as quickly as it arrived.

The whole thing flashed by.

And it was a reminder: For all of its influence and dominance in hip-hop today, the flash and the singles that Migos bangs out on a quick, recurring basis mostly for now serves to cover up the lack of showmanship that its members possess — something that, considering how two members of the group are 22 and one is 19, might come with age or with time. It’s easy to forget that Migos blew up a little less than a year ago and is still getting its live performance sea legs.

But if the group is intent on reaching the next level, one thing is for sure: That’s a skill the group will have to acquire. 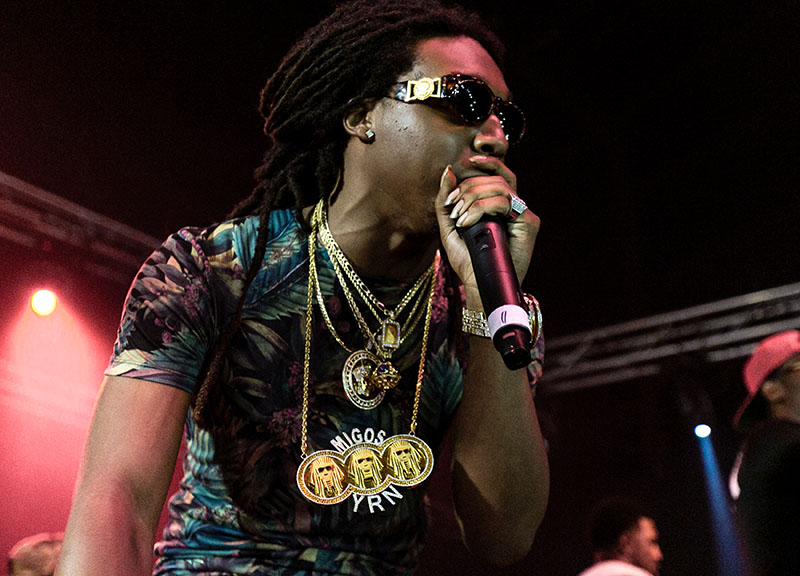 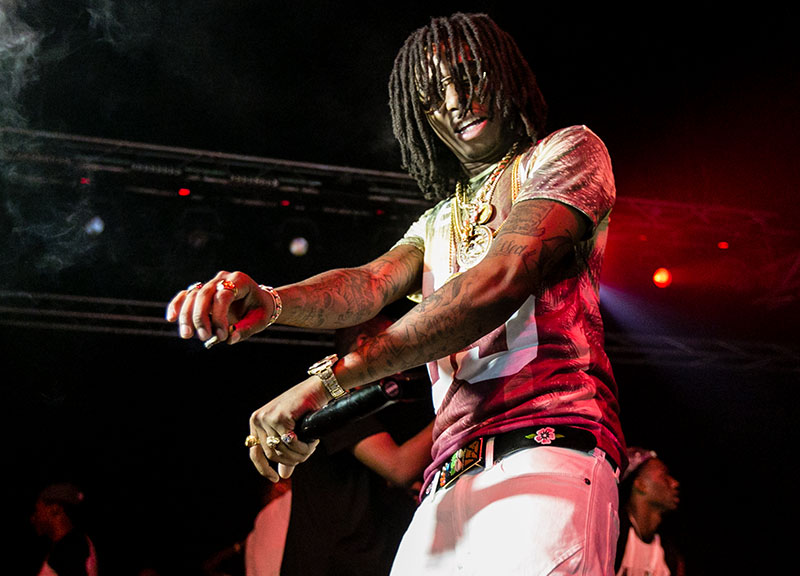 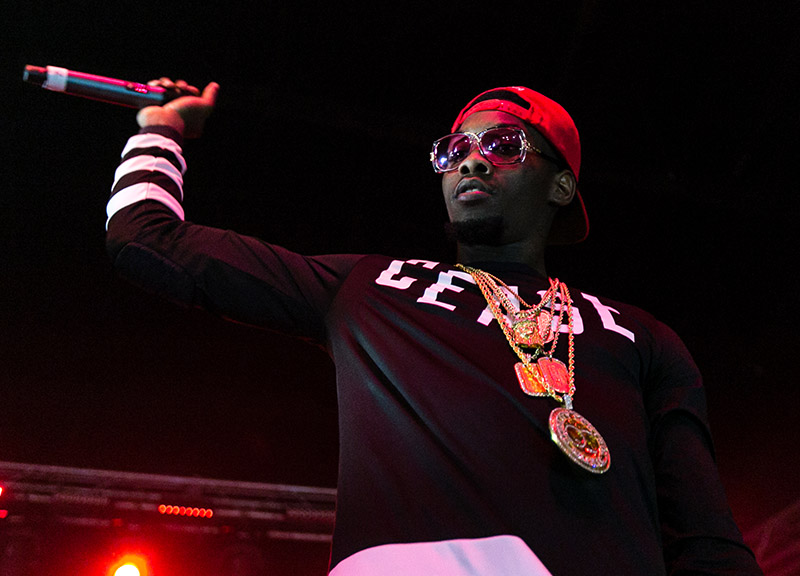 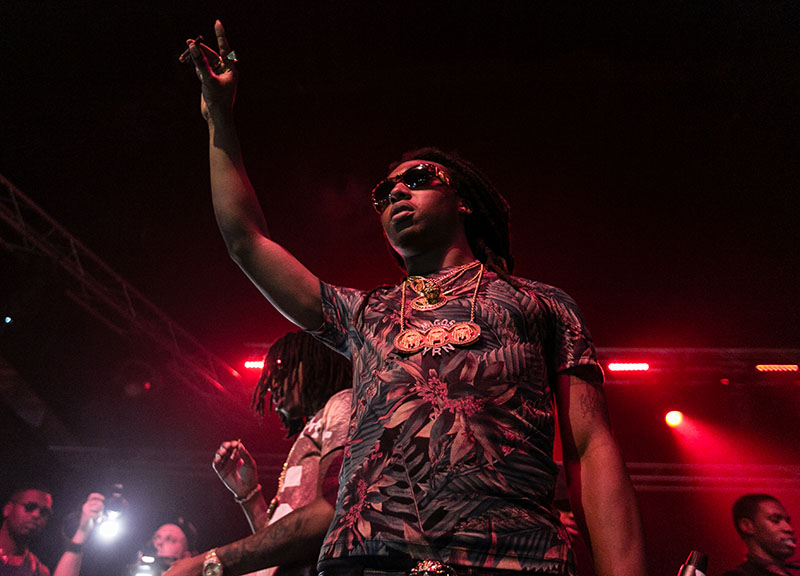 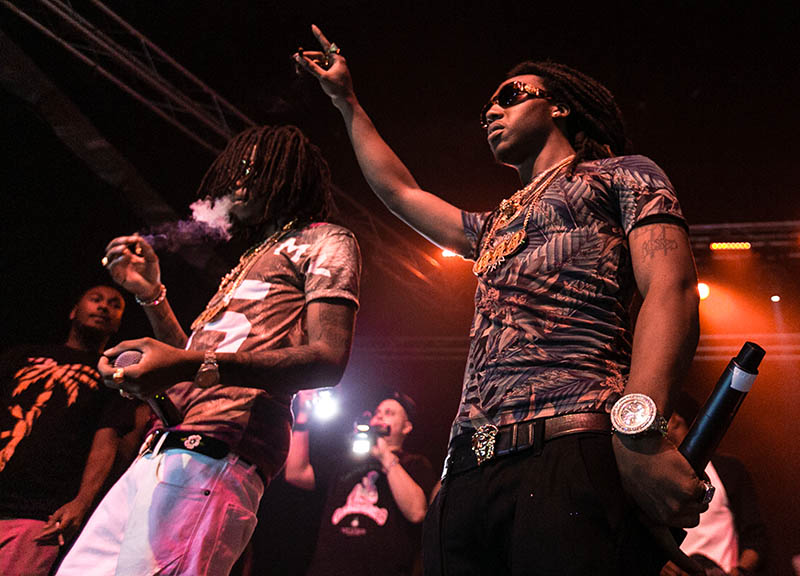 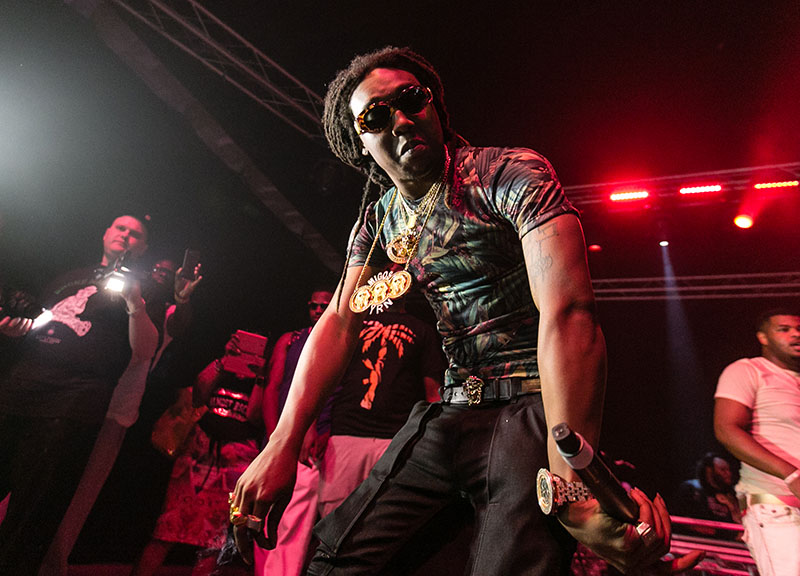 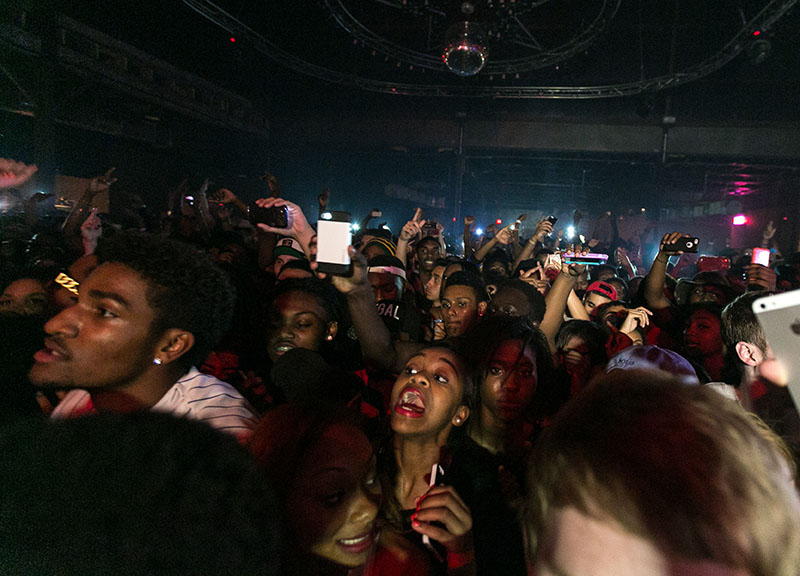 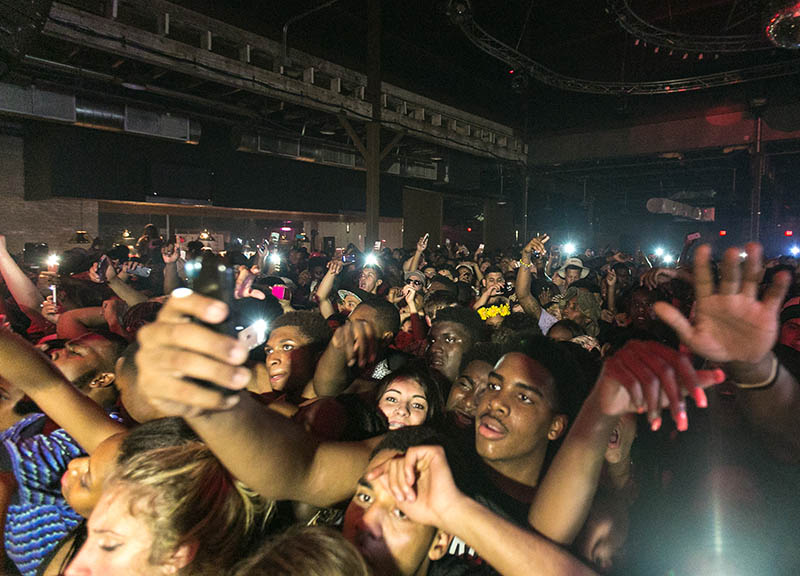 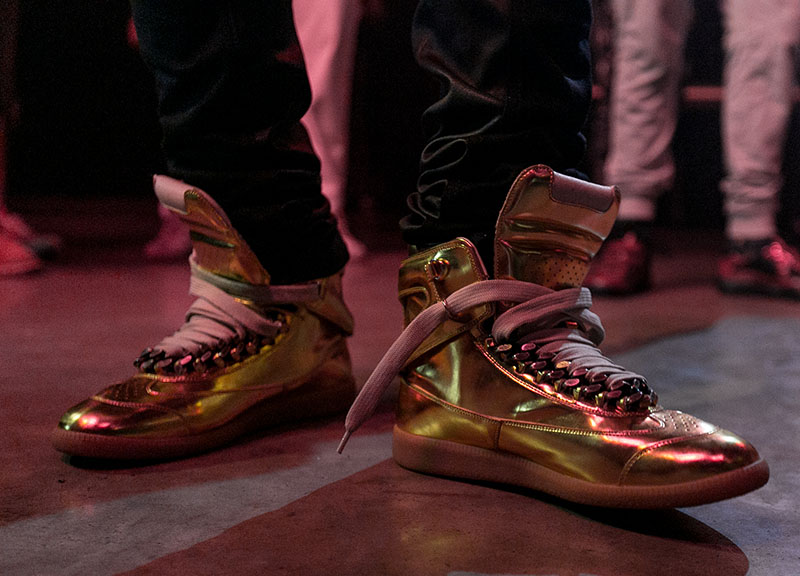 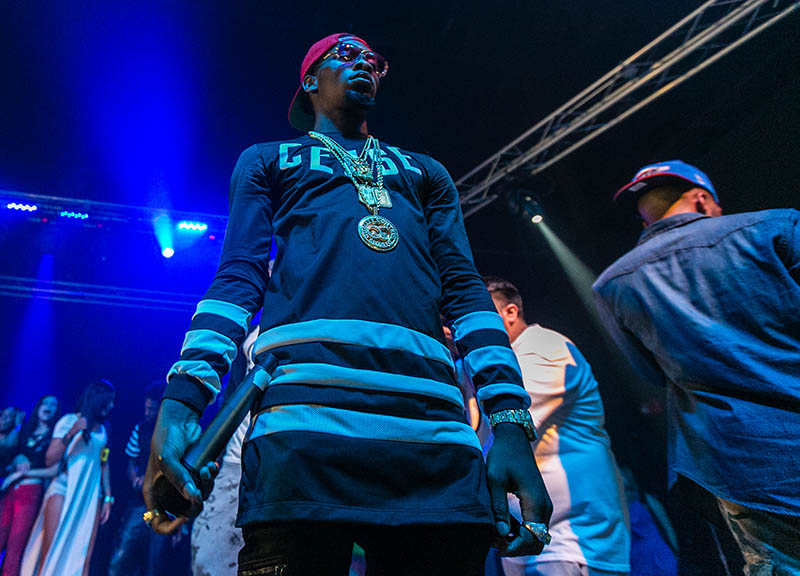 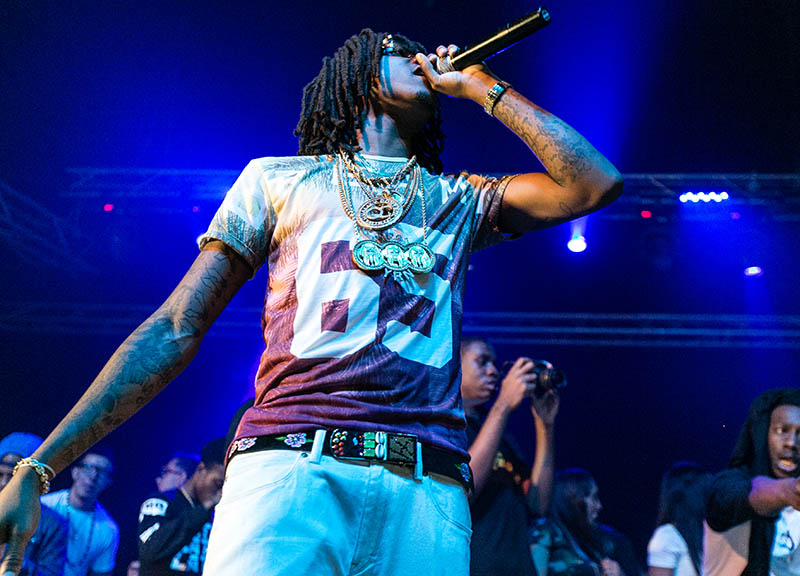 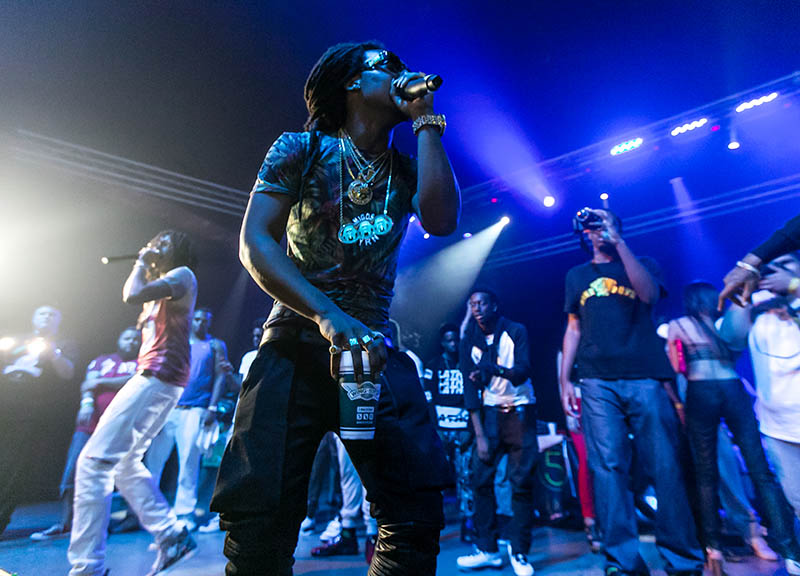 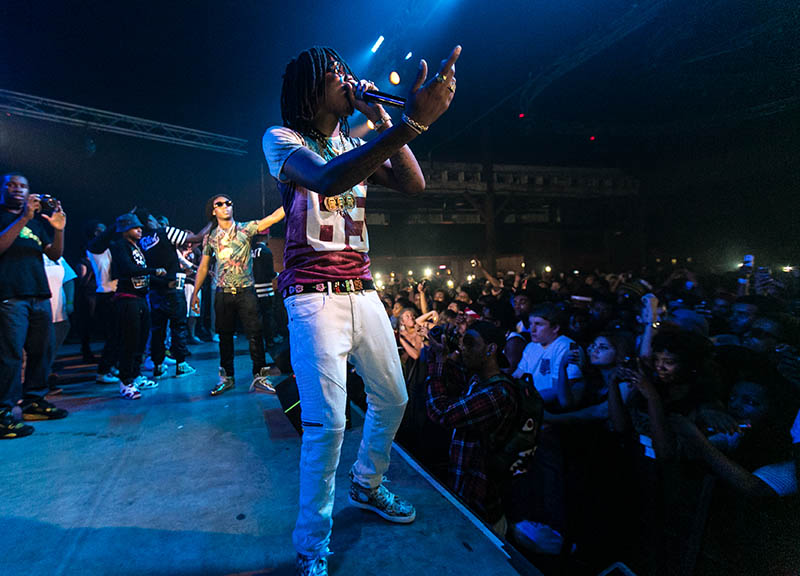 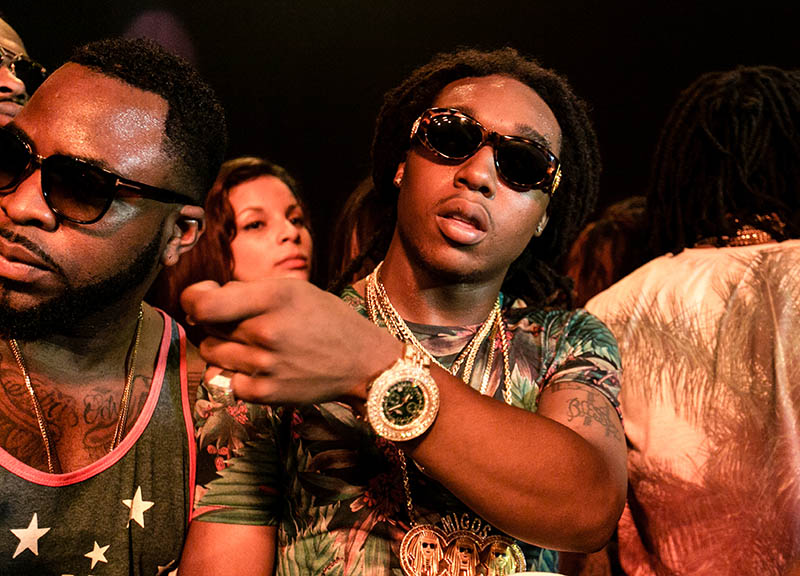