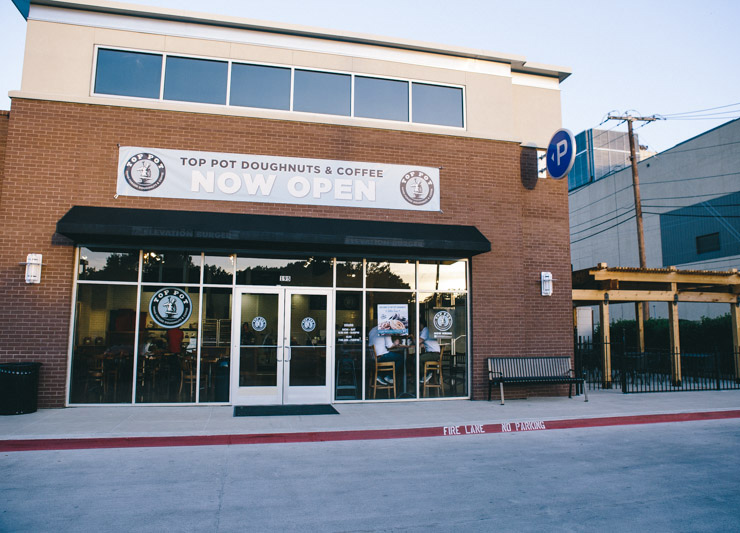 Another day, another out-of-town restaurant chain comes to Dallas: This morning — and after something of a delay that kept the store from its planned opening yesterday — the Seattle-based doughnut company Top Pot Doughnuts officially took its first out-of-state franchise bow off at the intersection of Northwest Highway and Hillcrest Avenue.

And make no mistake: This is a trend, with this latest opening coming fresh on the heels of Steel City Pops' opening along Lower Greenville, various Hopdoddy Burger Bar expansions, the arrival of Bonchon and the soon-to-come additions of Daily Juice, Houndstooth Coffee and Project Pie, just to name a very few.

Still, Top Pot's opening has managed to earn its fair share of attention — and maybe even more than its fair share. But let's be real here: Aside from the amusing tale of an NFL player breaking into a Top Pot in Seattle late at night to get his fix of Maple Bars, it's just one more doughnut shop.

So why all the attention? Maybe because the doughnut craze in Dallas is still very much running at full force, thanks to the likes of Glazed Donut Works and Hypnotic Donuts? Sure, let's go with that.

But unlike its new in-market competitors, however, Top Pot lacks any real local charm. It mostly feels like another certain Seattle-bred franchise. There really is no way around it: Top Pot just feels like the Starbucks of doughnut shops.

The space is huge compared to most doughnut shops, and the inside and the large patio feels more like a cafe than a grab-and-go breakfast stop. The reason: Here, rather than encourage you to grab as many doughnuts and then carry them off to private where you can eat them in shame — a traditional most doughnut places happily keep up — Top Pot does all it can to make you want to sit down and eat your morning guilty pleasures in their space. As such, Top Pot also offers plenty of coffee to help you create a dire concoction of sugar and caffeine in your stomach, thus capably ensuring that you'll be awake (and quite jittery) by the end of your meal.

And simply because of its design, Top Pot may feel a bit classier than the other doughnut kingdoms, castles and palaces you'll find in every suburban neighborhood. It is very nice. But it lacks most any character, instead reeking of a corporate formula that we're all too familiar with by now.

As for the doughnuts themselves? They're OK — not quite the caliber of some of the more eclectic shops around town, but noticeably better than the generic places you'll find around town with such clever names “Donuts” or “Donuts!” Some of the more sugary pastries — such as the Strawberry Old Fashioned and aforementioned Maple Bars — are quite good. Good enough to justify a $2 or more charge per? Probably not.

Unless, of course, you're an NFL player with a fat contract burning a hole in your wallet. Then you can afford these — even if they're not worth stealing. 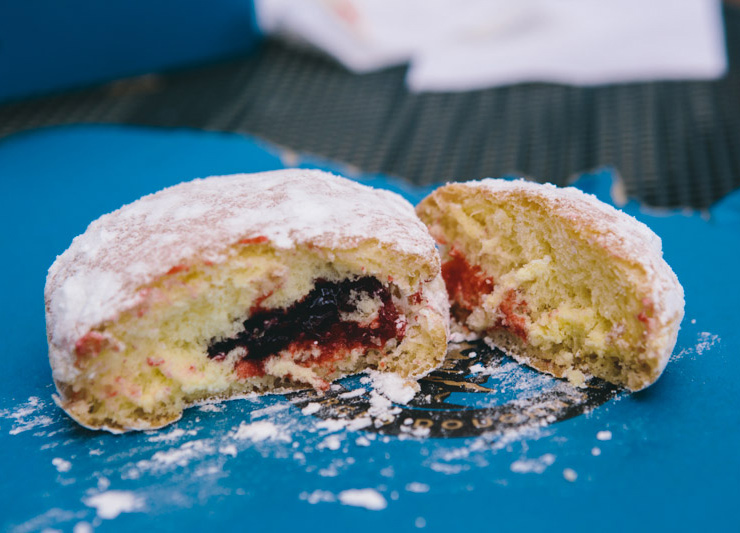 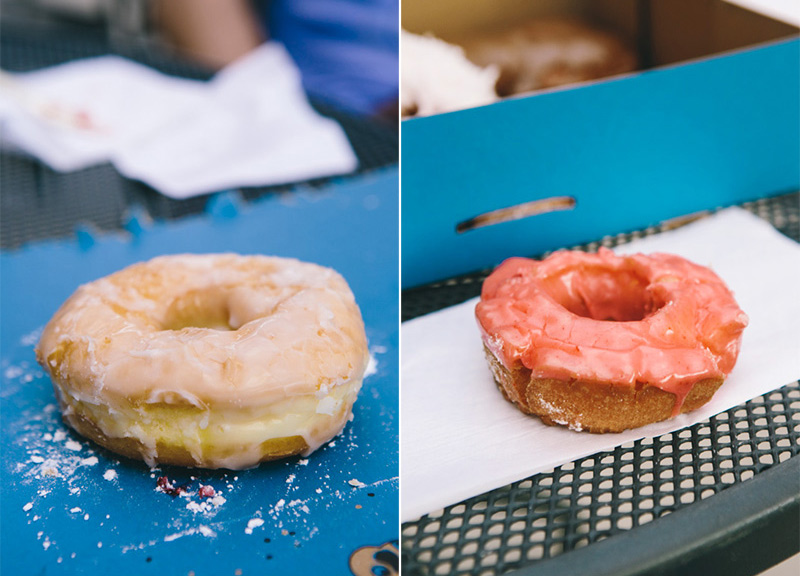 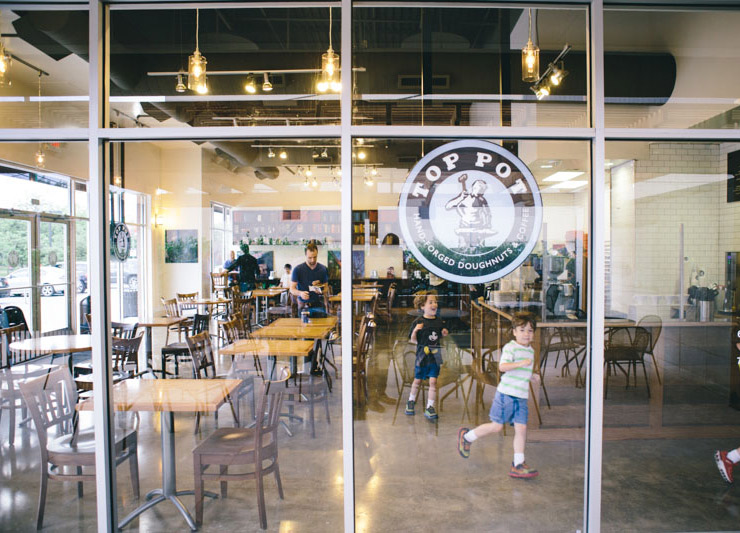 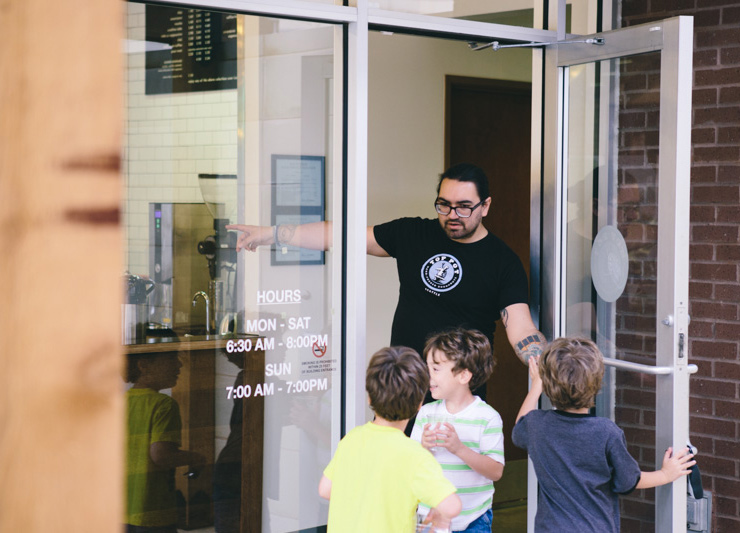 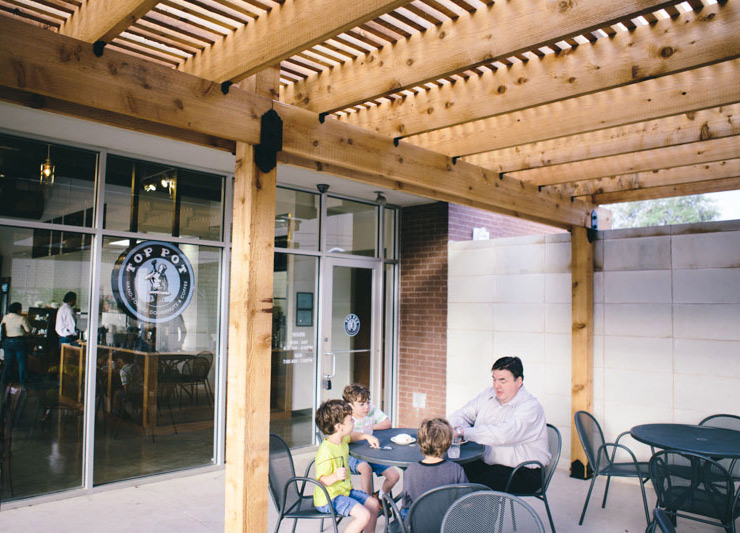 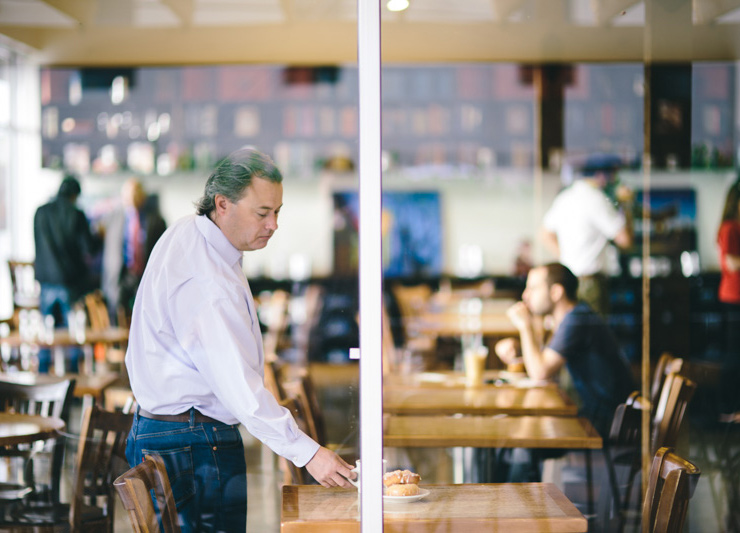 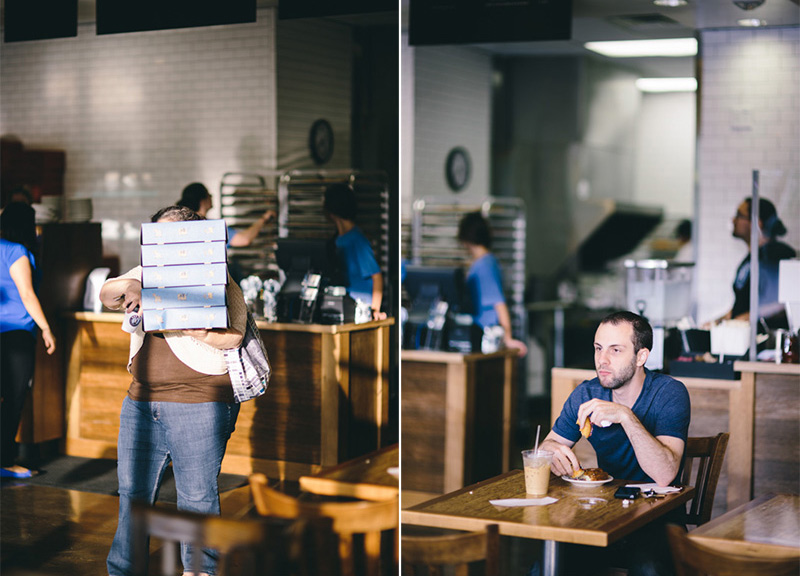 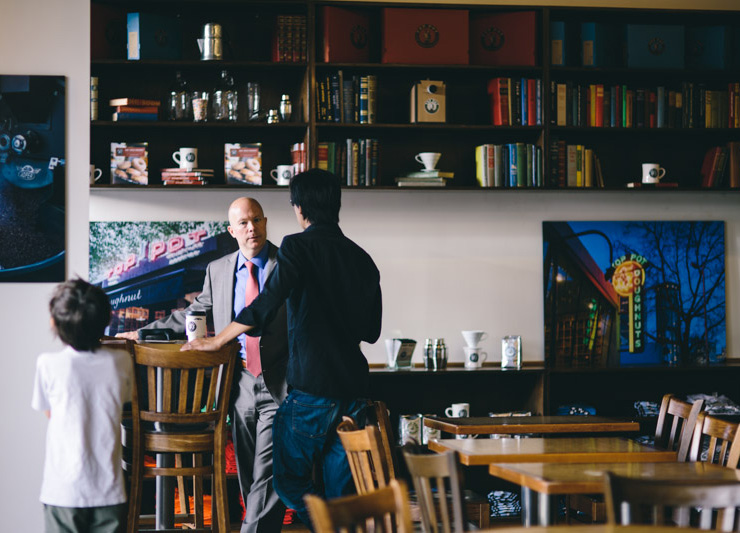 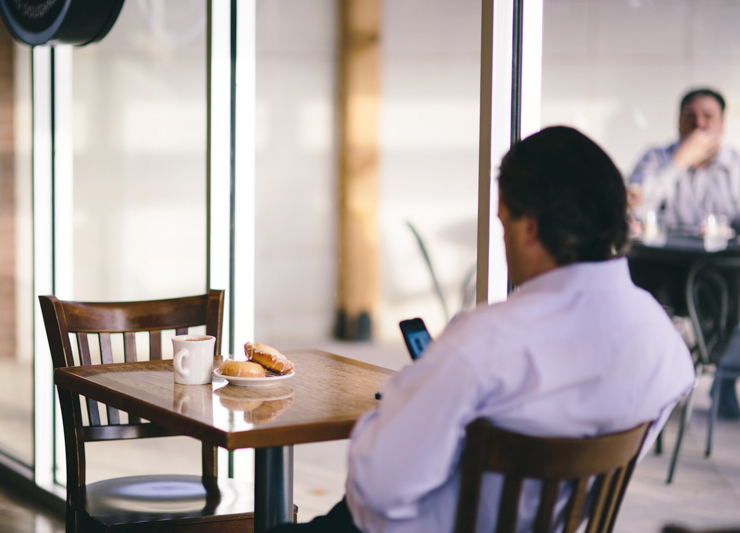 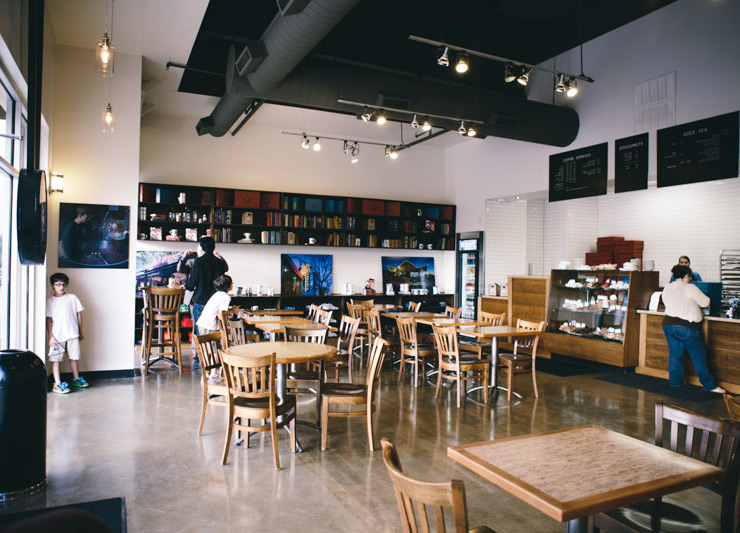 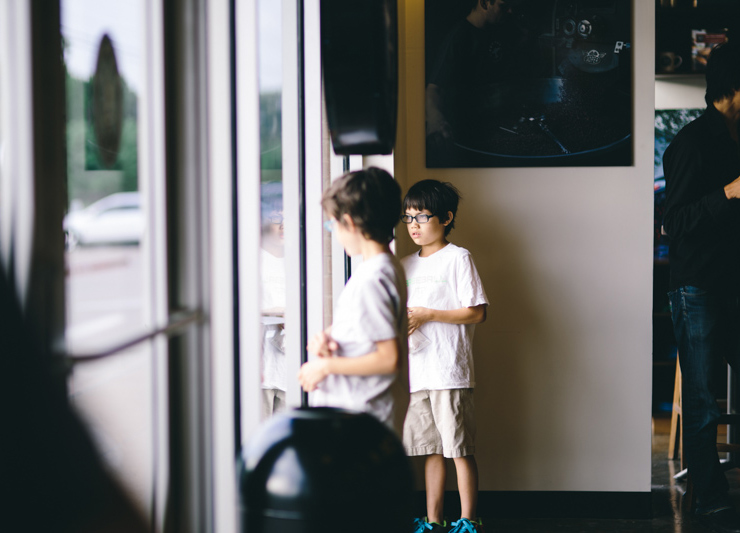 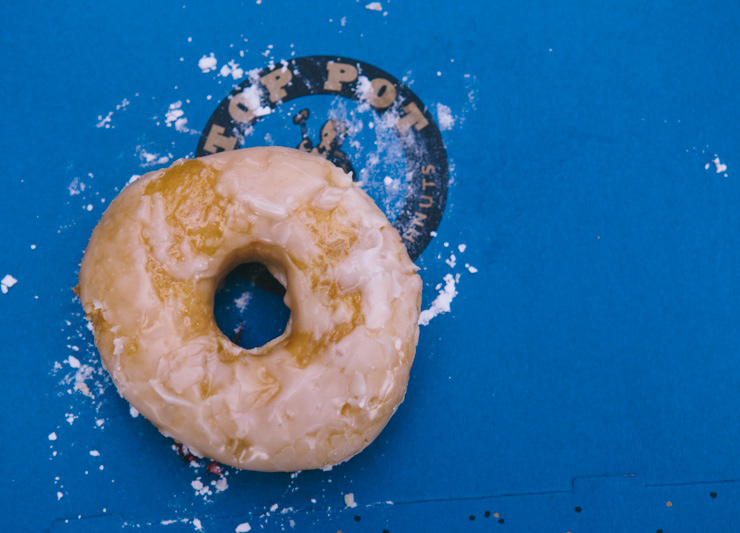