Some Super Interesting Locals Are Running For Office In 2018. 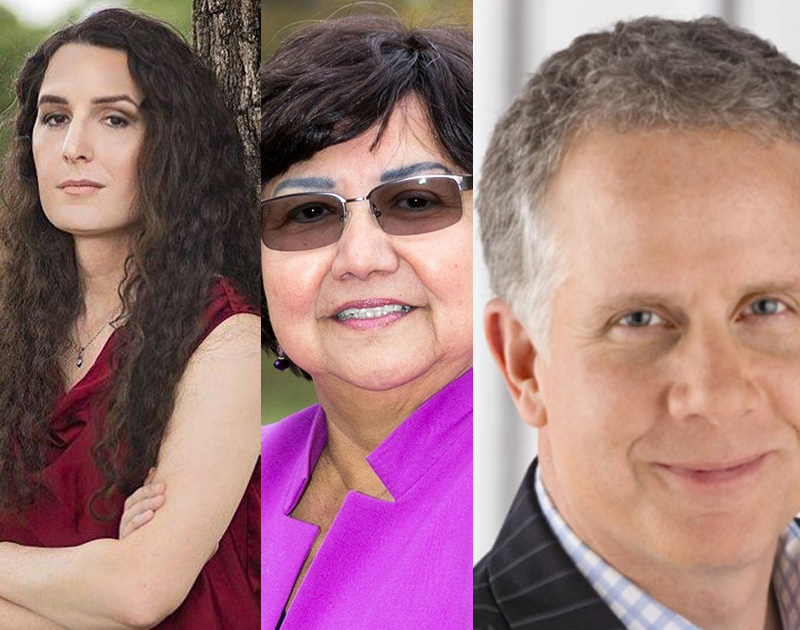 TV Reporter Brett Shipp And Dallas County Sheriff Lupe Valdez Are Among The Dallasites Gearing Up For Some Highly Challenging Races Come November 2018.

Since last year’s presidential election, pundits have been eyeing the 2018 midterm elections as either a confirmation or rebuttal of November 2016’s results. And, indeed, there’ll be plenty at stake: While we won’t be voting for the next president, we will be deciding which party will control the U.S. Congress, who will be our next governor and which candidates will be placed in various state and national offices.

These votes will be especially important in light of this year’s especially turbulent Texas political climate. While it never actually became law, much of Texas politics this year surrounding a forced attempt to pass a bill regulating what bathrooms people could use — a move that really cost the state more than conservative lawmakers likely anticipated. Then there was Governor Greg Abbott’s signing into law an anti-sanctuary cities bill that currently has the state tangled in the courts, right along with an anti-abortion law that bans the most common second-trimester procedure.

Add those concerns to the heightened national political climate — a rather contentious one, as you may have noticed! — and the next year’s midterms are already looking mighty interesting.

But, of late, they’ve gotten even more so as some particularly noteworthy locals have decided to throw their hats into the political boxing ring. Here, let’s take a look at three of three most intriguing new local candidacies announced.

When elected to the top police gig in Dallas County in 2004 — a position she’s held ever since — Valdez made headlines for becoming the state’s first openly gay Hispanic sheriff. Now, following weeks of speculation, she is joining a field of other Democrats who will challenge Greg Abbott for the governor’s seat. But, compared to her competition, she has by far the highest profile. Still, Valdez faces an uphill battle, as Abbott already has about $40 million in his reelection campaign funds.

Shipp’s announcement this morning that he would be running as a Democrat for Republican Pete Sessions’ 32nd Congressional Seat caught us — and pretty much everyone else — by surprise. Shipp is best known for award-winning work as an investigative reporter for WFAA for the past 22 years. Now, he’s leaving that work behind to join a field of several Democratic candidates that will face off in a March primary to determine who lines up opposite Sessions in November. A more formal announcement confirming Shipp’s bid to unseat the Republican congressman is expected to come tomorrow.

Spurred on by the Texas legislature’s attempt at passing the so called “bathroom bill” — a law that would require people in Texas to use public bathrooms based on the gender listed on their birth certificates — Pellett has jumped into the same race for Sessions’ congressional seat that Shipp has. She’s got an activist’s background, having gained local attention for successfully helping to lead an effort that lobbied for gender-neural bathrooms on campus at the University of North Texas while she was a student there some 13 years ago. Before that victory, Pellett was two months away from being commissioned as an Air Force pilot –but, rather than hide her gender dysphoria, she chose to come out as a trans woman before “Don’t Ask, Don’t Tell” was repealed. Update: Pellett has suspended her campaign.