Things To Do On Wednesday, August 12. 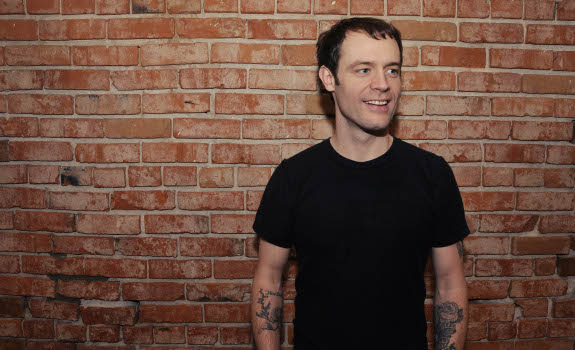 There's a lot of buzz these days about so-called hacks. From ways to make cheap vodka taste better to getting twice as much bang from your Chipotle buck, every little life-improving trick is likened to breaking into a stranger's computer.

So, yeah, like many others have said before, maybe it's time we stop throwing the word “hack” around all willy-nilly. The following list of goings on might make your night a tad easier — but let's not get carried away. Hack or not, we've still got your back. — Cory Graves

Rocky Votolato at Three Links
The Alternative Press described Rocky Votolato's latest album as “the disc Ryan Adams keeps threatening to make but never quite delivers.” This Texas native has spent most of his life in Seattle, where he has helped build a genre that could be described as folky-indie punk. Due to unforeseen circumstances, he'll be playing solo shows all summer, rather than alongside the scheduled backing band. Check him out at Three Links tonight. David Hause opens. — Diamond Victoria

American Idol Live at Verizon Theatre
The fifteenth and final American Idol season is on the horizon, but before the curtian, the fourteenth season's final five contestants — Rayvon, Jax, Nick, Tyanna and Clark — are stopping by the Verizon Theatre for their final hoorah as Idols. Can you believe it's been 13 years since Kelly Clarkson took home the gold? Yeesh, talk about feeling old. — DV

Damien Rice at South Side Ballroom
Previously drawing attention in rock outfit Juniper almost two decades ago, Irish-born Damien Rice moves forward with a headlining tour stateside, one in which Rice calls the My Favorite Faded Fantasy tour, of which bears the same name of his latest full length. Drift away and spend your hard-earned summertime funds of smooth singer-songwriter pop. — EH

The Princess Bride at Sundown (Free)
Fans of 1987 rom-com — with a heavy emphasis on the com, in this case — prepare to die, because it's back on a big screen tonight. And what better way to renew your faith in love than with this classically hilarious tale of romance? Sure the kissing parts will make you gag early on, but by the end you probably won't mind so much. Anybody want a peanut? — CG

Hotel Broslin: Body Melt at Rubber Gloves
Sure, it's hot enough out to feel is if you're melting. But, how about melting from an entirely different cause. 1993's Body Melt gets a momentary screening at Rubber Gloves. Inside. Watch as a dietary supplement takes aim at the insides of it's consumers in manic form. A local health spa is the town's only hope. Luckily this all happens in the confines of a projector and a screen in the well conditioned Denton dive, for free. — EH