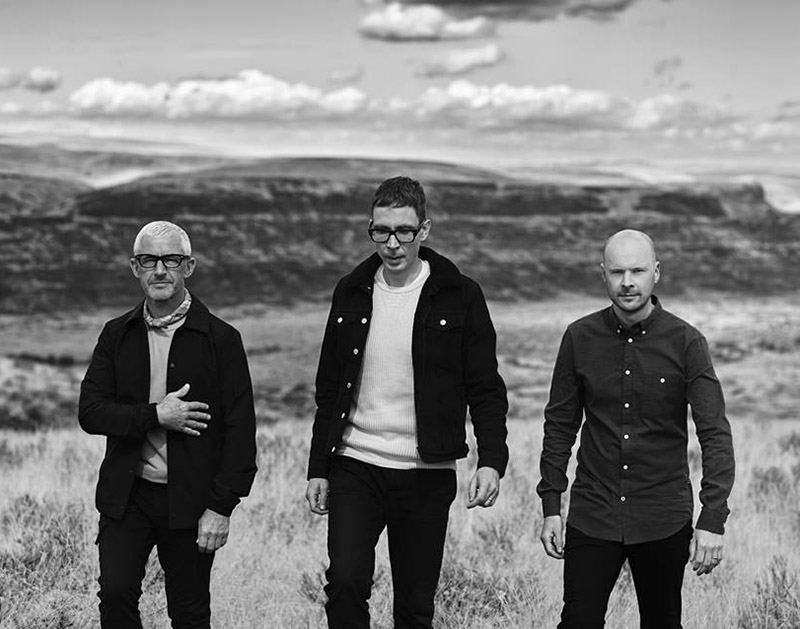 Celebrate Erykah Badu’s Birthday At The Bomb Factory, Find Common Ground With Above & Beyond At The Pavilion At Toyota Music Factory And Fade Away With Rebelution At South Side Ballroom.

National Margarita Day may have been yesterday, but that doesn’t mean it’s the only day you should be guzzling down the delightful drinks when eating Tex-Mex.

That’s why we put together this list of what we think are the 10 best margaritas you can find at restaurants around Dallas. Some of them are on the higher-end scale of things cost-wise and others are about what you’d expect to pay for a quality marg.

Among our 10 favorites are the Fresh Guava Margarita at Gloria’s, The Oilman at El Bolero and the Avocado Margarita at Meso Maya. Feel free to check out the full list and then maybe take a margarita tour of Big D.

Margaritas are always a good way to start of your night. So before you head out to one or more of the events listed below this weekend, maybe sip on a few margaritas to get the ball rolling.

Bless You Bruja Badu Birthday Bash at The Bomb Factory
It’s Erykah Badu’s birthday again, and you know what that means — it’s time to get down. In the past, giant names like Andre 3000 and Dave Chappelle have made appearances. Frankly, you just never know who’s going to show up.

Xavier Wulf at Canton Hall
The Alpha K9 — as he refers to himself on Twitter — stops in town while on his East Memphis Maniac Tour to represent the #HollowSquad. Kamiyada, Emotional Xan and Joule$ open.

Ishi at Curtain Club
Prepare for a night of folksy tunes that dabble with electronic vibes. Show starts at 8 p.m.

Brett Dennan at Kessler Theater
The Australian folk singer made “Waves” with his eponymous single and now he’s in town to show that he’s got plenty more in stock. Later on this year, Dennan will tour in support of Jason Mraz around the U.S. It’s safe to say he’s going to have a busy 2018. Dean Lewis opens.

Rebelution at South Side Ballroom
The reggae band never stops touring. Still, the crew has managed to churn out six studio albums. They guys are in town to jam and have fun in Big D. Have at it.

Beth Hart at House of Blues
The American singer-songwriter has had a stellar career. She’s performed with the best and is herself among them. Her latest project is a collaborative album of songs she covered with the help of legendary guitarist Joe Bonamassa.

Soul Train Dance Party at Texas Theatre
Celebrate R&B and funk in all their glory at this awesome dance party. Wild In The Streets and Eazy Eddie D will perform. Meanwhile, George Quartz hosts.

Get Naked at Citizen
This evening benefiting the Melanoma Research Foundation kicks off at 10 p.m. with a complimentary champagne toast.

Oak Cliff Town Hall with Beto O’Rourke at Texas Theatre
This event is sold out, but don’t forget to hear from this U.S. Senate hopeful if you registered to go.

Dancing With The Stars at Music Hall at Fair Park
Dance with them! Well, watch them dance, really.

Motorcade at Main at South Side
The local outfit is probably feeling really good now that it’s been a few weeks since it released its debut album. Joining them tonight will be Mind Spiders and Cliffs.

Come Out & Play at The Nines
The Nines welcomes you to this role play revue that will feature some of the best local talent around. It’s $15 at the door but $10 if you buy tickets online to get in.

Hypnotic Donuts and Beer Pairing at BrainDead Brewing
Only 25 spots are available for this Deep Ellum-themed donuts and beer flight pairing. Get there early!

The Bristol Hills, Psychic Killers, Programme at Armoury D.E.
Enjoy a night of psychedelic rock brought to you by King Camel. And it’s free!

J.I.D., EarthGang at Trees
The East Atlanta native rolls through Dallas while on his Never Had Sh!t Tour. Growing up, the rapper had very little but never succumbed to the world of dope slinging and to this day is not a fan of trap music. Adding more to the Atlanta vibes tonight is EarthGang.

St. Vincent at The Bomb Factory
She’s come a long way since her days in the Polyphonic Spree and playing in Sufjan Stevens’ band. And before heading back out for her year-long tour that includes ACL, Coachella and numerous international dates, Annie Clark is home to recharge and then head back out on the road. Tuck & Patti opens.

Kids Dig at Josey Records
This free family event will feature a record scavenger hunt, live music, various stations for kids to play around on and even a demonstration on how records are made. This is the perfect introduction to get your kids to start loving vinyl early on.

Dallas Museum of Art Speakeasy
Make sure you know the password before trying to get in. Otherwise, you’ll be left out of all the roaring ‘20s inspired fun. And booze. At the museum. Which is always a pleasure.

“You Cannot Bury My Silence” Opening Reception at 500X Gallery
The opening reception for Fort Worth artist James Talambas’ newest installation will start at 7 p.m. The exhibit features  segments of video, audio and sculpture that explore domestic abuse and its impact on mental illness. The installation runs through March 11.

Ella Voz at Club Dada
The pop artist wowed the music world with her debut album Words I Never Said. Among those words is “This show is going to suck.” ‘Cause this show is actually going to be lit. Freya Ridings opens.

P.O.D. at Canton Hall
Everyone has a P.O.D. song that they love. Don’t even deny it. Islander, D.E.D., Adakain and Last Day Living also perform.

Blitzen Trapper at Three Links
Blitzen Trapper’s latest album Wild & Reckless is one part rock opera, one part romance and heartbreak and one part science fiction. How does that work? Find out tonight. Liz Cooper & The Stampede opens.

Chromatik at Double Wide
The ‘Sad God’ has toured with the likes of Post Malone and 21 Savage and he’s playing the modest stage at Double Wide. This is a prime opportunity to see a young talent live before he blows up. Sterling, DJ Gh9st and DJ Kmor also perform.

2018 Army of Artists Showcase at Deep Ellum Art Company
Support local art and music at this all-Dallas event. Among those making appearances are Sam Lao, 88 Killa, Jeremy Briggers and many more.

Uncle Lucius Farewell Show at Kessler Theater
One of Austin’s favorite bands is breaking up. But before they close out their 12-year journey, the guys are of course putting on a farewell tour and Dallas is one of the stops. Folk Family Revival Opens.

West Side Tour at Noble Rey Brewing
After meeting at Noble Rey at no later than 11:15 a.m., the party bus heads west to Fort Worth to tour Panther Island Brewing and Collective Brewing Project. A ticket gets your samples, a snack, a seat and a commemorative glass.

Mola Mola Poke Grand Opening
If you still haven’t had your fill of poke bowls, the folks at Mola Mola Poke are celebrating the launch of their flagship location with this two-day celebration.

Locked & Loaded at Armoury D.E.
Plandroid, Flower Graves and Lizzie Boredom are ready to entertain you with a night of rock and roll ranging from psych rock to punk rock. Something for everyone to enjoy.

RTB2 at Twilite Lounge Fort Worth
The Denton duo has been steadily playing the DFW music circuit since releasing its last album 2 back in 2012. Still, the lack of new music doesn’t mean we’ve grown tired of the band’s punky garage rock sound. At all.

John Waite at Good Records
From 1-3 p.m., the enigmatic British rocker will be at Good Records for an intimate performance and brief meet and greet. So if you’re a fan and couldn’t get tickets to his sold out show, this is your best bet at seeing him in person.

Grand Opening Weekend at New Main Brewing Company
New beer to drink? We are so there.

Malcolm X at Texas Theatre
Closing out the Black Cinematheque Filmmaker series, the Texas Theatre will screen this Spike Lee classic that landed Denzel Washington a nomination for his portrayal of the Black civil rights leader.

America Inverted at Kirk Hopper Fine Art
Kirk Hopper Fine Art presents the third solo exhibit from Houston artist Eduardo Portillo. In this installation, Portillo the two-dimensional view of painting with paintings that appear to be more sculpture than flat surface. Opening reception is at 6 p.m.

Sylvan Bridge Cleanup with Local Hub Bicycle Company
The plan is to meet at the side of the Sylvan Bridge around 9 a.m. to clean up the bike trails. The folks at Local Hub say they’ll need about 20 people, but if more show up, the job will get done much faster.

Deep Ellum Classic at Sandbar Cantina and Grill
Sandbar is hosting its first volleyball tournament of the year. The winning team will get a free entry into the league once its starts in May. There will be prize giveaways throughout the day. The fun starts at 11 a.m. and goes all day long.

Dark Matter at Small Brewpub
So get this: some time ago, four coffee roasters and four breweries were paired up and tasked with creating two barrel-aged coffee beers. This is the result. There will be eight beers to choose from. So come thirsty.

Latino Bridal and Quince Girl Expo at Automotive Building at Fair Park
This event is celebrating its 20th year touring around Texas, showcasing the best of the best in dressmaking and everything else you might need for a wedding or a quinceañeara. Even if you’re not having one any time soon, you could still head out and start some doing some planning.

I The Victor at The Dirty 30
The pop artist out of Atlanta takes a rather positive approach with her song lyrics — something that is a bit uncommon nowadays. Her songs are about self-empowerment and self-love. So if you’re feeling the need for some TLC, do the do at this gig tonight.

Haters Roast at House of Blues
This night of laughs, roasts and all things drag will feature contestants from RuPaul’s Drag Race. Come out and laugh it up with your favorites.

Magic Giant at Three Links
In 2017, the LA indie folk outfit released its debut album, In The Wind, and was named one of the 10 artists to watch by Rolling Stone. It’s really nothing but up from here for this crew. The Brevet opens.

Bondage Academy at The Church
You know, for the kinky crowd out there.

Downward Dog Yoga at Mutts
Kind of like goat yoga but with dogs, which is way, way better.

I Love You, You’re Perfect, Now Change at Theatre Three
This play written by Joe DiPietro and Jimmy Roberts is all about the turbulence that comes with falling in and out of love. Today’s showing starts at 2:30 p.m.

All Kanye Everything at RBC
Celebrate two years of All / Everything with jams from the GOAT.

Manchester United vs. Chelsea at Henderson Tap House
The title race may be pretty much over with Manchester City running away with the title, but there’s still bragging rights to be had between the Red Devils and Chelsea Blues.

A Night For The Rutherford at Renos Chop Shop
Local Jerry Rutherford is in recovery after suffering a stroke that left him partially immobile and unable to work. Tonight is dedicated to him and to raising money to help him get by.