Things To Do In Dallas On Wednesday, December 6. 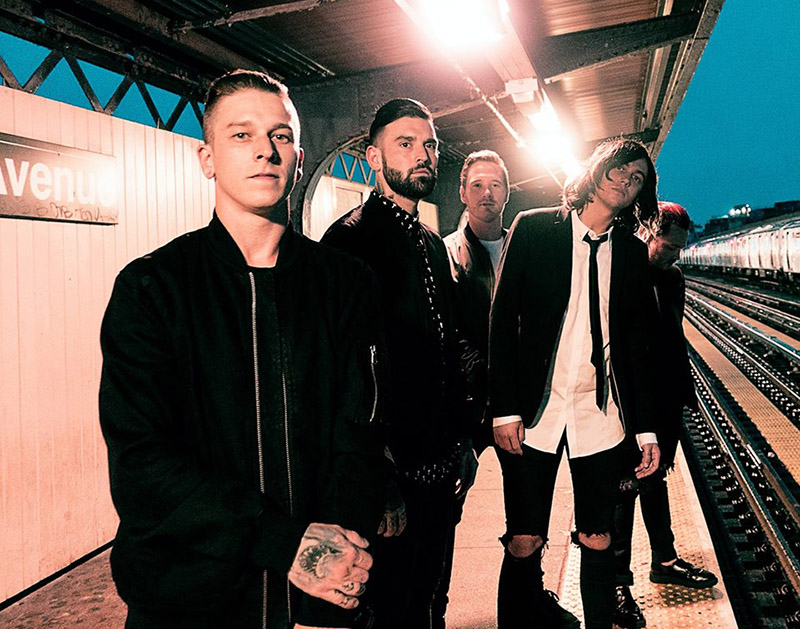 Spend 10 Billion Years with The Faceless At Trees, Go Go Go With Sleeping With Sirens At The Door, And Drool Over Like Water For Chocolate At Texas Theatre.

Yesterday, Dallas’ rock Queen, St. Vincent played “Slow Disco” on The Tonight Show with Jimmy Fallon. It was perfection as she is capable of nothing less. If you missed it, here it is:

If you haven’t checked out her new album, MASSEDUCTION, let us tell you that you’re missing out. It’s incredibly magical and political all at once, just what we needed to hold us over until she comes back to town in February while on her Fear The Future Tour.

We’ve got some time to kill until then, but you know we’ve got your back. Below you’ll find a decent list of some of the coolest things you can do in town tonight. Have a dope Wednesday out there, Dallas.

The Faceless at Trees
The extreme metal band from Los Angeles, California is back from a long break. The band’s lineup has fluctuated quite a bit since its start but have always pulled through. This year it released its fourth album, In Becoming A Ghost, a much needed released for the fans who have waited half a decade for new material. The latest album delves into the band’s usual exploration of metaphysical themes with electronica and industrial sounds.

Sleeping With Sirens at The Door
The five-piece band from Orlando, Florida is celebrating the release of its newest album, Gossip, which was released earlier this year. Lead singer, Kellin Quinn has been stealing hearts since 2009 with his androgynous voice and phenomenal wardrobe. This will be one of The Doors’ last shows, so you don’t want to miss it.

Sinners & Saints at Double Wide
Matthew McNeal’s sound is the perfect blend of Americana and electronic folk music. He has worked alongside St. Vincent and Sarah Jaffe, two of Dallas’ most popular and successful talents. Saints & Sinners has also shared the stage with some impressive names like Flogging Molly and Shovel and Rope. To say the least, these acts know how to bring a big stage performance to a smaller stage.

Low Brow Collective at Deep Ellum Art Company
Local Cumbia group, LowBrow Collective focuses on various Latinx styles of music with a hint of an American twist. And you can’t go wrong with Jonathan Mones, multi-instrumentalist and local musical journeyman, who will also be taking the stage.

The Wood Brothers at Granada Theater
This folk trio consists of brothers Chris and Oliver Wood and multi-instrumentalist Jano Rix. Together the three play folk blues and have released a live record, Live at the Barn in 2016. They’ll be bringing their folksy blues sound to the stage at the Granada for that soothing midweek break you’ve been waiting for.

Like Water For Chocolate at Texas Theatre
A film adaptation of the romantic novel by Laura Esquivel done by her husband and director Alfonso Ara. The story revolves around forbidden love and food. That being said, a food pop-up shop manned by Chef Anastacia Quiñones will be on site to soothe your munchies. Definitely bring some cash if you’re trying to snag some quail in rose petal sauce before the movie like we are.

Pale Waves at Three Links
This Manchester-based band is bringing its British sounds to Dallas tonight. It’s aesthetics and music follow the footsteps of one of its biggest influences — The Smiths. The fans love its look and music as much as the lyrics which seem to find romance in everyday things. Romance will definitely be in the air tonight when this act takes the stage.