Things To Do In Dallas On Thursday, November 9 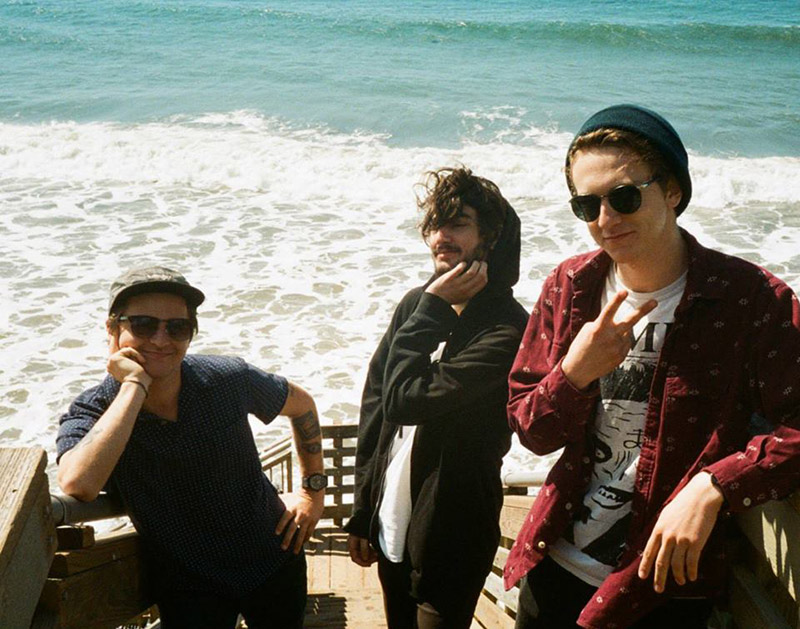 Celebrate Christmas Every Day With The Frights At Club Dada, Make An Honest Wage With Penny & Sparrow At Granada Theater And Get A Sneak Peek Of ART CON 13.

The beloved, creamy, avocado side dish has cult-like fans – more so than any other food. The center focus of memes everywhere, the “extra-ness” of guac is the food of the millennial generation. But how much guac is too much?

The answer to that question doesn’t exist to the people of Concepcion de Buenos Aires. With the help of over 600 student chefs and 400 civilians of the rural town, the city now holds the Guinness World Record for the most guacamole made in one session at a whopping three tons of it the yummy green dip serving thousands of people.

Though some may think the massive guacamole dish is a waste, we’re sure it went to good use and made some pretty happy tummies. If you want to make your Thursday just as happy, check out these events going down today.

The Frights at Club Dada
The San Diego-based trio began their musical journey in 2012 and have been rocking the surf-punk genre since. Their two self-produced EPs of 2013, Fur Sure and Dead Beach, had great success in the ‘50s, rockabilly scene, enough to inspire their 2014 split EP, DeathFrights, and full-length album, You Are Going To Hate This, released February 2016. The band’s newest album really showcases the group’s lively and energetic stage presence.

Daniel Witherspoon at The Prophet Bar
The gospel funk artist recently launched his first solo project, Official. As a producer, songwriter and keyboardist, Witherspoon is well rounded in his musical talents and effortlessly switches genres between gospel, jazz, funk and others, making his sound a peculiar kind of fun.

Making Movies at Three Links
The Afro-Latino rock n’ roll band is kicking off their Immigrants Are Beautiful tour with 22 set dates. Riding the energy of the release of its newest album, I Am Another You, the band’s high energy and dynamic theatrics makes for an entertaining performance, so you should come ready to move if you’re heading to this show.

Ryan Viser with MOJO at Deep Ellum Art Company
The trumpet player and electronic producer has made a name and rapidly growing following for himself since his start in 2013 with his mix of sounds that intrigues any crowd he performs for. His list of music festival appearances is pretty impressive, with Electric Forest, Summer Camp and Sonic Bloom, to name a few.

Rawayana: Trippy Caribbean Tour at The Curtain Club
The Latin American group was formed in Caracas, Venezuela in 2007 and has been making people get up and dance ever since. Its sound is a heavy mix of reggae, rock and acoustic, keeping the music versatile and fun for everyone. The band is currently touring in support of its latest release, Trippy Caribbean, so expect some extra flare tonight.

Citizen, Sorority Noise, The Hotelier at Trees
Ohio-based Citizen recently released As You Please,  an album that really shows off the band’s versatility, explores themes of absence and the misguided ways it gets filled. At its start, the band was labeled as pop punk, but has since grown out of the genre, still holding on to some of its tendencies.

Penny & Sparrow at Granada Theater
The indie-folk two-piece from Austin has a warm, inviting sound that creates a genuinely warm atmosphere at live performances. The band’s sound really lends itself to be accompanied by orchestral arrangements. Also performing is Jillette Johnson.

Chris Rock at The Pavilion at Toyota Music Factory
The well-known comedian is taking to the D in his Total Blackout Tour – his first tour in nine years. The Oscar host, cartoon character voice and standup legend takes his audience on an intimate journey of his failed marriage, reservations of raising a daughter in a “white man’s world” and other personal gains and defeats.

ART CON 13 VIP Party at The Cedars Union
Get a sneak peek at the work of more than 150 artists being auctioned off at this year’s event. The artists were put to the test when creating a 18×18 in. piece in just 24 hours. This year’s Art Con will be benefitting SEEK the Peace, a peace-building organization working towards a stable environment.

Nothing More at House of Blues
Palisades, Hell Or High Water and My Ticket Home join headliner Nothing More as the San Antonio metal band stops in Dallas while on its national The Stories We Tell Ourselves national tour. — Obed Manuel