Things To Do On Thursday, December 29. 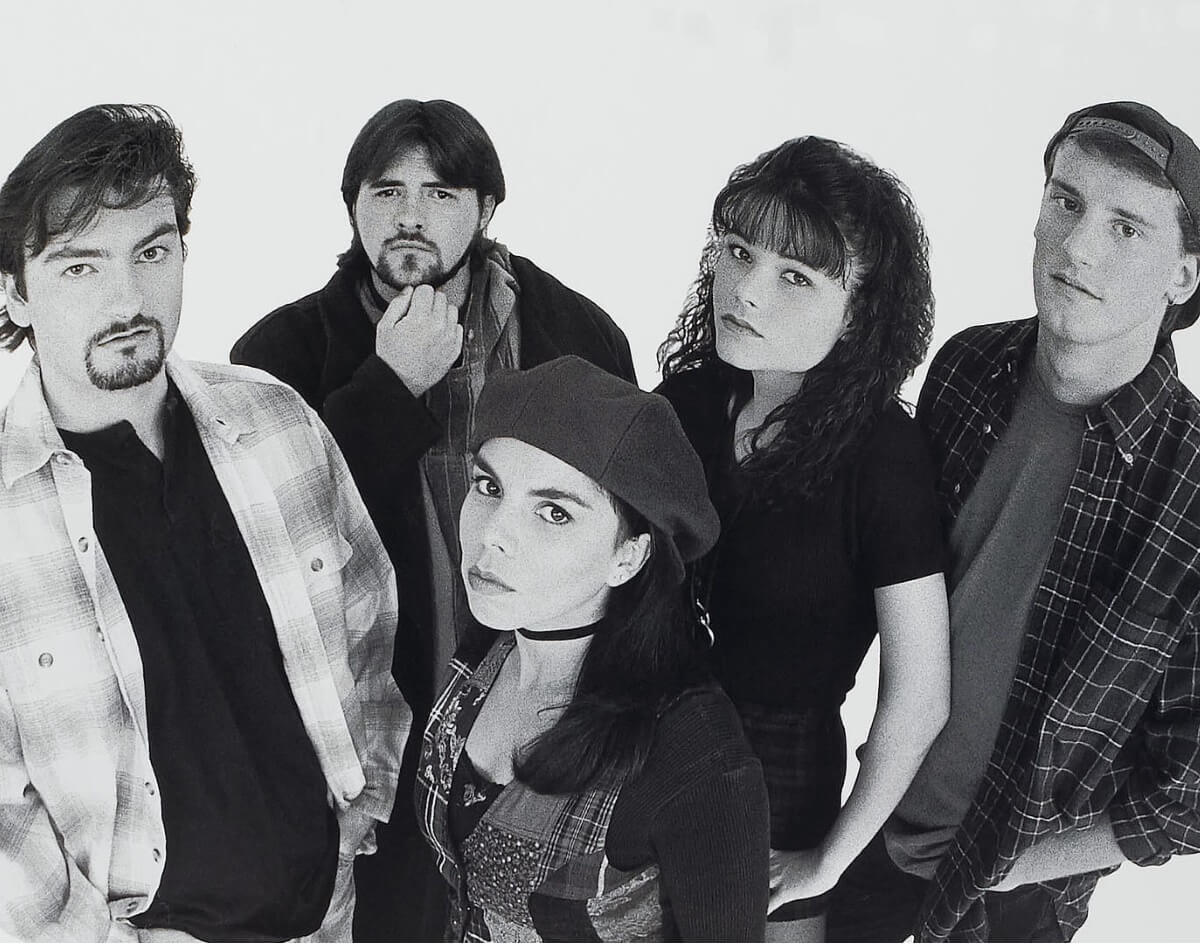 Where You Are Supposed To Be Today.

A seemingly innocuous photo of six women sitting on a couch has been sending the web into a tizzy. Due to an optical illusion of is-the-dress-blue-and-black-or-white-and-gold proportions, it appears there are only five sets of legs. Can you find the missing legs?

Meanwhile, a seemingly innocuous Thursday night doesn’t necessarily have to be so confounding. There’s only one day, yet so many things to do. Can you find something worthwhile? — Cory Graves

Clerks Cast Reunion at Alamo Drafthouse (Cedars)
You are supposed to be here today. Because moviegoers will be joined by original cast members Jason Mewes (Jay), Brian O’Halloran (Dante), Scott Schiaffo (the Chewlies gum representative) and Marilyn Ghigliotti (Veronica) for a live Q&A. Someone ask about Clerk 3, please. — Obed Manuel

SoMo at South Side Ballroom
The YouTube sensation and North Texas native closes out his “Less Stress More Love” national tour in Dallas just before ringing in the new year. — OM

Eddie Izzard at WinStar World Casino and Resort
Izzard is England’s whimsical, rambling, sometimes cross-dressing comedian that’s considered by many — including John Cleese himself — to be the lost member of Monty Python. He’ll bring the funny to just north of here tonight. — CG

Cash Cash at Stereo Live
Anyone that can make the Goo Goo Dolls hip again deserves a freaking lifetime achievement award. New Jersey dance trio Cash Cash, which put John Rzeznik on its “Lightning” single, is such a group. In lieu of medals, they’ll accept your presence at this show as consolation enough. — CG

Robert Earl Keen at House of Blues
Robert Earl Keen celebrated the 20th anniversary of his best-selling No. 2 Live Dinner by releasing Live Dinner Reunion back in November. Keen and Co. will be doing its “Merry Christmas from the Fam-O-Lee” show here, even though it’s a few days past Christmas. — OM

Marvelous NYE at Sheraton Dallas
This is the first day of the four-day nerdfest featuring Stan “The Man” Lee. Other celebs in attendance include Michael Rooker, Peter Mayhew and Ming-Na Wen, among tons of others. And as always, cosplay is more the rule than the exception. — OM

Thirsty Thursday at The Wild Detectives
It’s three short plays with a built-in drinking game. The audience drinks whenever the actors say a certain buzzword that the actors remain blissfully unaware of. — CG

Texas Gentlemen, Vincent Neil Emerson, Atlantis Aquarius at Three Links
The studio musicians and sidemen rambling around in these projects are among the best you’ll find anywhere. Expect one big, laidback, family-like atmosphere at this one. And killer musicianship. — CG

Beat Assembly Vol. 13: Producer Showcase at Crown and Harp
There are open mics for comedians, musicians, rappers, poets. Have been forever. Now there’s one for producers, too. Pay a $5 fee and play your latest beats for willing ears. Or come shop for someting new to rhyme over. Up to you, really. — CG

Seryn at Kessler Theater
You’ve likely heard the rumors over the years, and, well, that’s because this band has indeed cried wolf before. But this time it’s very much official: Following its homecoming show at the Kessler Theater tonight, the members of the once-Denton-and-now-Nashville-based chamber folk band Seryn will embark on an indefinite hiatus to explore other creative pursuits. Die-hard fans of the band might not be too surprised to hear this, but casual ones almost certainly will be, as there’s no denying that Seryn made a significant mark on the North Texas music scene following its formation in 2009. Almost immediately upon breaking into the scene, the band became both a critical and fan darling, with audiences of all stripes flocking to the band’s simultaneously intricate and lush arrangements of singalong folk-based songs. — Cal Quinn