Things To Do In Dallas On Thursday, September 7. 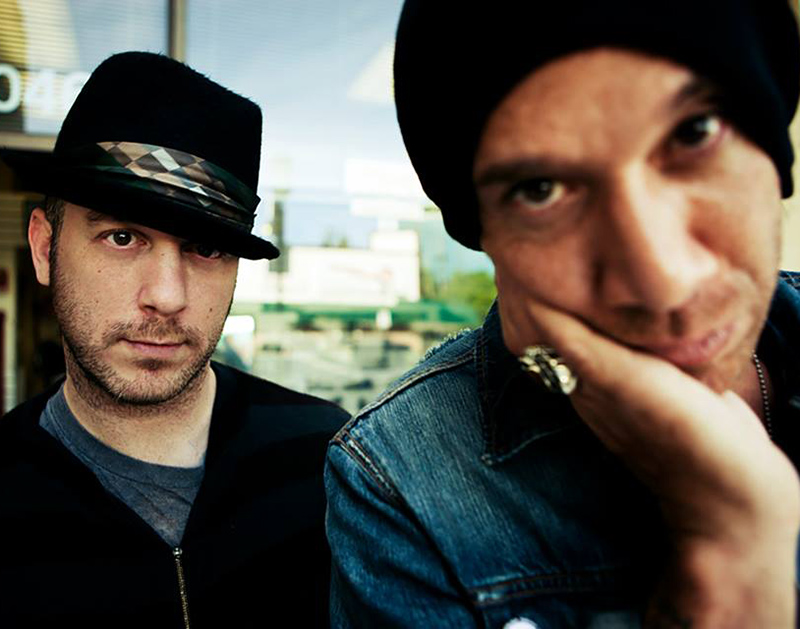 Get Even With She Wants Revenge At Trees, Celebrate 40 Years Of The Dead Boys At Curtain Club And Break It Down With Lil Debbie.

If you were starting to enjoy the first few cool breezes signaling the end of summer and the oncoming Texas fall season, that’s just too bad. Because Passy Pete the Lobster says we’re getting six more weeks of summer.

Pete has become Maine’s own version of Punxsutawney Phil, the groundhog that predicts whether winter will be longer on any given year. The crustacean oracle chooses betwenen two scrolls that represent either winter or summer. And this year, Pete says we get more summer.

Now that can be either good or bad, depending on whether or not you’re craving sweater weather, but that doesn’t mean the schedule of fun has to change at all. So whether you’re all about short shorts or you really need pumpkin spice season to be here already, here’s a list of cool things going on in Dallas today.

She Wants Revenge at Trees
She Wants Revenge busted onto the scene with its moody, dark 2006 self-titled album. And though the group wasn’t able to capitalize on that success, a feature on American Horror Story last year led to a resurgence in the band’s popularity. And the announcement of a 10-year reunion tour was met with a warm response. So, Dallas, here they are. Supersonic Lips opens the show.

Lydia Can’t Breathe at The Prophet Bar
The Florida band metal/hard rock/experimental band stops in Dallas while on The Last Get High Summer 2017 Tour. These guys may rock the stage really hard, but they’re really just a bunch of nerds as they are wont to dress up as characters from Star Wars, Spider-Man and other geek favorites.

Dead Boys 40th Anniversary at The Curtain Club
The legendary Ohio punk band has reunited with two original members, Cheetah Chrome and Johnny Blitz, to kick off the 40th anniversary in support of its latest album Still Snotty: Young, Loud And Snotty At 40. With Drawer Devils and The Lash Outs also perform.

Trace Bundy at Kessler Theater
Trace Bundy’s intimate performances have led to him tour all around the world. The one-man spectacle churns out originals and classics with just his guitar and a few other tools. The best way to experience Bundy’s essence is at his live shows and you are in luck. Sam Swank also performs.

Nicky Jam and Plan B at Verizon Theatre
The El Ganador Tour comes to Dallas with Nicky Jam. The Puerto Rican singer most recently collaborated with Colombian superstar Shakira on her song “Perro Fiel.” While it’s probably a long shot that Shakira will make a special appearance to perform the song and shake her hips, it’s worth checking out for a night.

The Juke Joint Series at Three Links (Free)
Kwinton Gray Project and Thaddeus Ford Band will be playing jams all night that’ll have you grooving and jiving as you dance the night away.

Tekken 7 Tournament at The Cidercade
A $10 buy-in gets you a spot in this tourney where you’ll have to bust out the double or triple hit combos to knock out your opponents. The button mashing grind will be worth it if you walk out the big winner because first place takes home $1,000. Second place gets $500 and third place gets $200.

Annabelle Chairlegs, Clifffs Album Release at Armoury D.E.
Annabelle Chairlegs is coming up from Austin to show off a sound that’ll make you think of a cross between the Beatles and beach rock. Local Clifffs will be celebrating the release of its new album. ACID Carousel also performs.

It Opening Night Circus at Alamo Drafthouse Richardson
The Alamo Drafthouse lobby will look more like a creepy circus than the usual watering hole/movie theater. Admission is free to this celebration of the horror classic, and tickets to see the reboot of IT are still available for viewings after 10 p.m.

Lil Debbie at Red Jacket
The White Girl Mob fell apart, but Lil Debbie’s career didn’t. She’s been steadily cranking out the flows and racking up the views on YouTube since the group disbanded. The first 50 people to RSVP for this one get in for free.